When I was a little girl in Dublin I never laid eyes on a barbecue. Burgers were fried in a skillet on the stove top, and grilled sausages were actually broiled.

It wasn’t until I came to America that I tasted the glories of the grill, savored the depth of flavor a good BBQ sauce adds to food, or experienced the friendly camaraderie of a barbecue party. 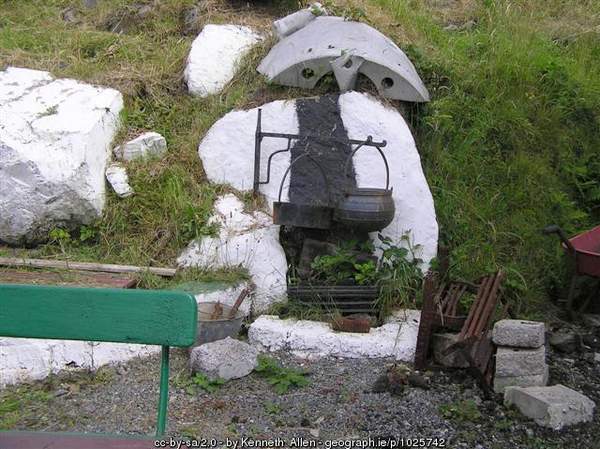 Some of Ireland’s recent immigrants from Eastern Europe have brought with them a love of grilled sausages. And Irish people are learning fast – grilling is a great way to cook food over the summer months, and tender Irish grass-fed meats taste delicious when cooked over an open flame. 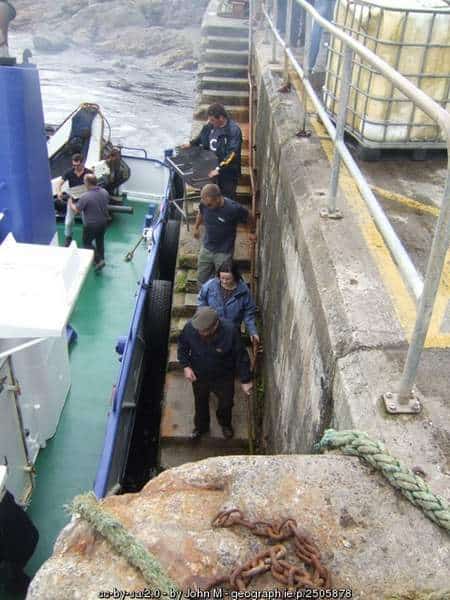 (Don’t forget the barbecue! I love the image above taken of the Clare Island ferry – check out the last in line – he’s loading the ever essential grill).

Despite Ireland’s notoriously wet climate grilling is really catching on. When an Irish writer, Séan Markey contacted me about Dublin’s Big Grill Festival, I was surprised to learn how popular this cooking method has become in my homeland.

Ireland has definitely changed from the days of my childhood, if a whole weekend is dedicated to the art of grilling food.

Séan attended the festival in Dublin this past weekend. You know I love a good festival, so I’m going to hand you over to Séan, for his review of this grilling affair….

Last week saw a truly delicious event taking place in the very heart of Dublin. The annual Big Grill Festival returned to the serene environment that is Herbert Park, Ballsbridge. For those not in the know, The Big Grill is an Irish food festival similar to the famous Taste of Dublin festival.

However, unlike June’s Taste of Dublin Festival which is a massive and widespread event which tries to include as wide a range of different flavors and cookery styles as possible, The Big Grill has a much more specific focus. The Big Grill is, very unapologetically, a food festival for old-fashioned carnivores and beer drinkers.

In an age where most of Ireland’s food related initiatives focus on healthy eating and a holistic brand of new age style sustainability (which is kind of at odds with what we traditionally think of as being Irish Food), The Big Grill actively embraces gluttony. It might not be the healthiest of food festivals, but it is certainly one of the more fun ones! 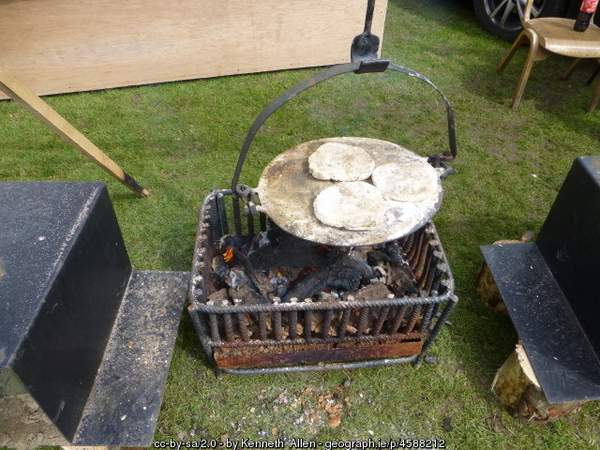 Perhaps central to the Big Grill’s “don’t care” attitude towards sensible dietary habits are the spicy food eating contests which run on the main stage.

Here we see a group of brave (‘foolhardy’ may be a better word to use here) people competing to see who has the most ‘iron stomach’ in rounds made up of increasingly challenging (some might say ‘barbaric’) foods, from the familiar and relatively benign jalapenos all the way up to the fabled and dreaded ‘ghost chili’ (think of that episode of the Simpsons where Homer eats to super chili and ends up going on a vision quest to get an idea of how hot these things can get!).

In the end the winner received a voucher to the value of €40 to spend on anything they pleased at the festival – one would imagine it was spent on the coldest drinks possible!

For the less adventurous among us, there were also cookery classes to attend which gave out some pretty interesting recipe ideas and seasoning suggestions.

Some people would argue that barbecue food is fairly basic and lacks the artistry of other forms of cooking, but the performers/teachers here did great work to dispel that particular myth.

Ironically though, arguably the best learning experience of the weekend was the ‘back to basics’ classes which showed attendees how to create delicious meals using only a few pieces of scrap wood (and the meat to cook of course!).

Certainly, the knowledge passed down in that class will come in handy if anyone ever gets lost in the wilderness and needs to fend for themselves. The only thing missing was instructions on how to fashion a primitive bow and arrow to catch the meat!

To ensure that nobody felt left out in what looked a bit like a carnivorous cult, many stalls offered vegetarian options which matched their meaty alternatives in terms of both taste and craft. 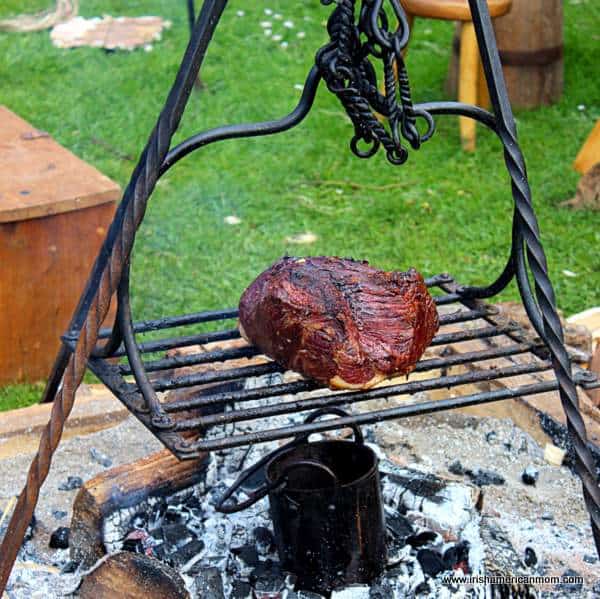 Speaking of craft, the Big Grill Festival featured a whole host of craft beers to sample (many stalls offered free samples as well) from beers made in local micro-breweries to well-known Belgian and German brands.

A Family Day Out:

Despite the flowing alcohol, The Big Grill Festival never lost its family friendly vibe, maintaining a safe and peaceful atmosphere throughout (which just goes to show that the ‘drunken Irish’ stereotype is little more than that).

Children’s play areas and activities as well as live music kept the little ones entertained while their parents sampled the reasonably priced food and drink (unlike many festivals which artificially inflate prices, most snacks and drinks at The Big Grill could be purchased for €5 or less).

If there was one bugbear that I had in relation to The Big Grill Festival, it was that admission was €16 per person. The entry fee didn’t include any food or drink vouchers so a trip to the Big Grill wasn’t exactly a cheap day out, especially for large families.

That said though, the festival completely sold out its allocation of tickets, with no shortage of punters happy to hand over their hard earned cash and check out the meatiest festival in all of Dublin.

The Big Grill Festival will be back next year and is well worth checking out if you’re planning a trip to Ireland’s capital city in August. Keep an eye on The Big Grill website for updates about next year’s festival. 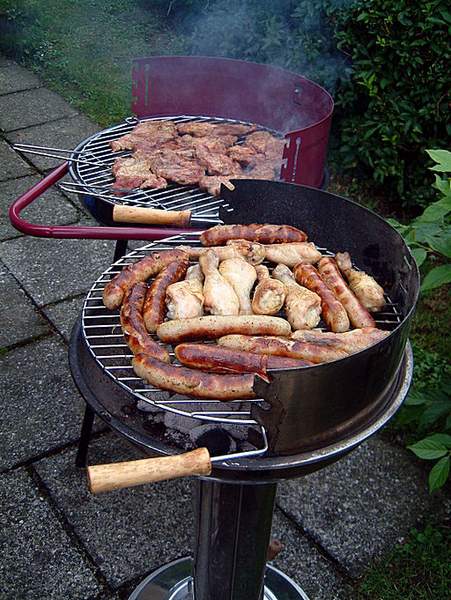 A big thanks to Séan for letting us know about the Big Grill Festival and for updating us on how popular the art of grilling has become in Ireland.

Now that summer is drawing to a close, I hope you all enjoy some wonderful days of grilling, and I hope your Labor Day celebrations will be full of BBQ fun.