I love the intense tart flavor of black currants, a distinctive taste of the British Isles I have missed during the past twenty-something years spent living in America. 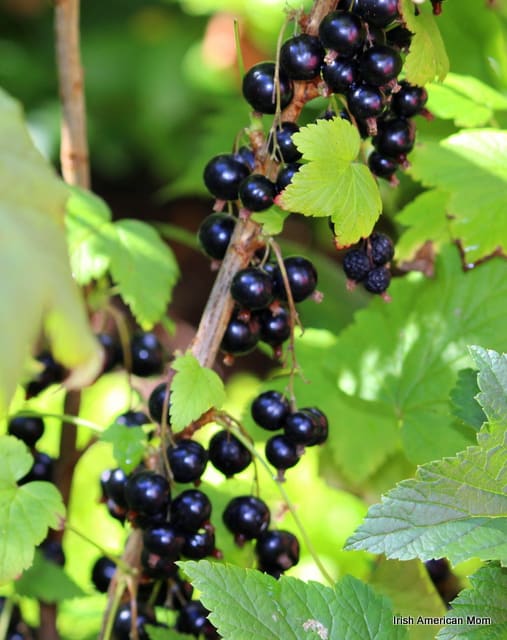 Last week my sister’s backyard black currant bushes were laden with fruit ready for harvesting. I willingly volunteered to be her fruit picker for the day.

Blackcurrants remind me of my Granny. Her garden boasted many fruitful shrubs. During the last week of July each year her finger tips were stained purple as she picked thousands of black currants for jam. 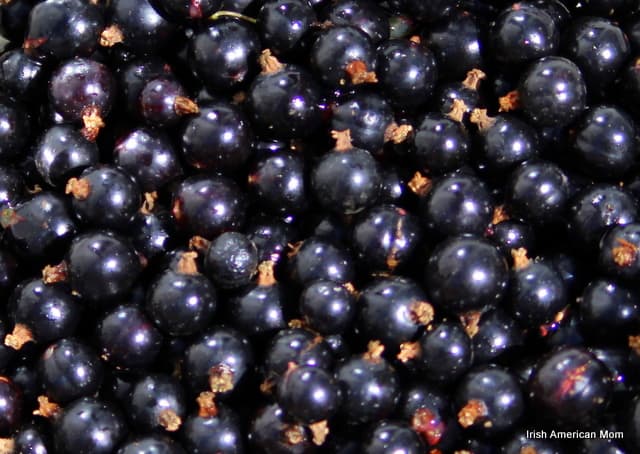 Few Americans know the taste of fresh black currants, or have ever even heard of the fruit.  I never understood why, until I decided to do a little bit of research for this post.

I was surprised to learn most states banned cultivation of black currants for most of the last century. Brought to America by early English settlers, the 20th century brought a quick end to their earlier popularity.

Apparently the bushes can be carriers of a fungus lethal to pine trees. Identified as a threat to the vital logging industry in the U.S. black currants were simply outlawed in 1911. 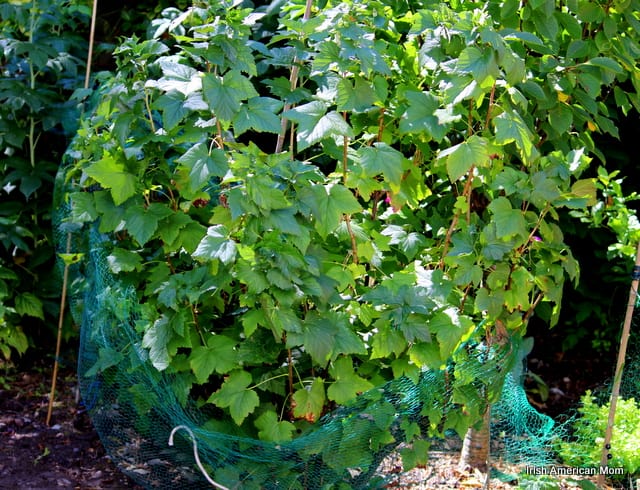 And over the next one hundred years the poor black currant was simply forgotten. They faded from the American countryside, supermarket, and memory.

New disease-resistant varieties of currants were developed in the 1960’s. When the federal ban on growing currants was transferred to individual state jurisdiction in 1966, this lowly berry made no comeback whatsoever.

Not until recent years did a few states in the north east repeal the ban on their cultivation. Black currant growing is still outlawed in several states. I hope in years to come more and more Americans will welcome back the black currant, and farmers will start jumping on the currant cart so-to-speak. 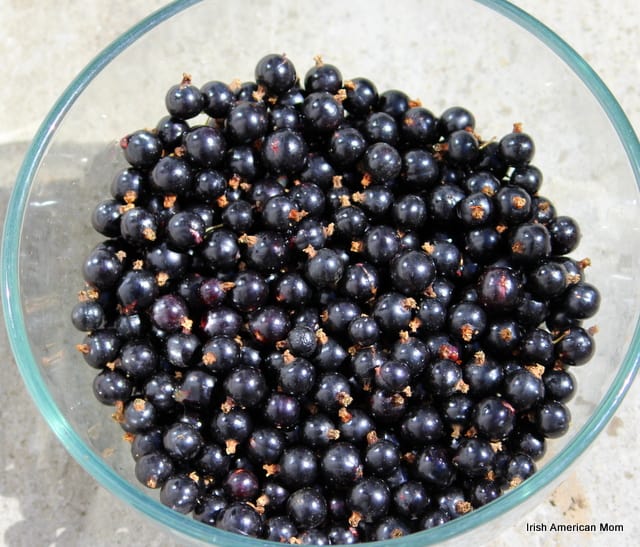 With a deep and musky aroma, these dark berries are no where as sweet as the favored American blueberry.  Their distinctive mouth-puckering sourness mean they are best when tempered with a little sugar

Black currants grow in bunches of small, glossy, black fruit and are perfect for making jams, jellies and syrups.  Their perfect balance of sweetness and tartness, make them an ideal ingredient for sauces to accompany fattier meats.

Used in Europe for making juices and cordials, delicious purple sorbets, or compote’s for ice cream, the fruit is extremely popular in Ireland. 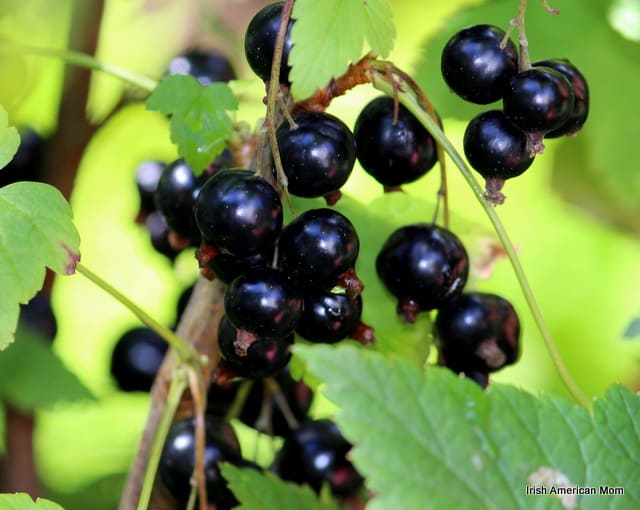 The currants ripen fairly evenly, with harvest typically taking place during the last week of July. My sister’s berries ripened on cue this year, especially after all the wonderful sunshine enjoyed over this amazing Irish summer.

I was pleasantly surprised to find out black currants have four times more vitamin C than oranges, and twice the antioxidants of blueberries.

Are blackcurrants after all the berry best fruit for you?

Here’s a recipe for a galette I make using blueberries or blackberries paired with nectarines.

And so I hope you have enjoyed my photos and ramblings through an Irish fruit garden where last week I spent some very relaxing hours picking the berries of my childhood, with happy thoughts of days gone by swirling through my mind. 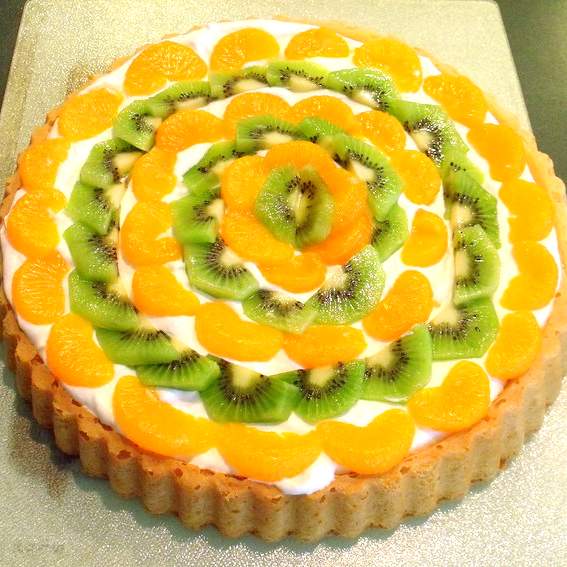