In 1967 an Irish immigrant decided to single-handedly build a house, to take his beloved family out of a cramped Philadelphia alley.

Joseph T. O'Donnell watched his father build, brick-by-brick, board-by-board, slate-by-slate. What he witnessed was more than a house rising, but one man's determination to live the American dream and change the sky for the family he loved.

An Irish Immigrant in Philadelphia

Today we continue our Immigrant Tales, with an e-mail interview I completed with the author of this wonderful book. A big thank you to Joseph O'Donnell for sharing his family story with us. 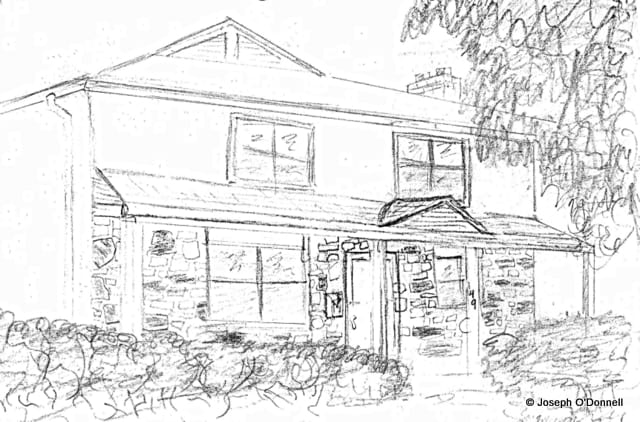 A Pencil Sketch Of The House That Changed The Sky

Q:  What is the central theme of this story?

A:  This story centers on my father who in 1967 came home one day and decided the time had come to build his own house and get his family out of a shrinking Philadelphia alley.

By way of background my father immigrated from Ireland in 1946 where he arrived from a village outside Glenties, Donegal Ireland called Mulnamin Hill. A small rock strewn and hilly part of northwest Ireland near the Gweebarra Bay.

Immigrating through Canada my father settled in Philadelphia where he became an American citizen. He opened a tavern in the 1950's in North Philadelphia called the All Ireland bar.

He lived on top of the bar in a small apartment with his bride Lily and then two children. After giving up the tavern business for more suitable employment and fresh air he began the carpenter's trade. He moved from North Philadelphia to the West Oak Lane section of Philadelphia from where he would plan his move from our shrinking alley and city block to a more green and spacious sky.

When I say the alley was shrinking I just don't mean the physical force of the alley becoming smaller. There were social, ethnic and unwritten rules and hierarchies at work. People on edge and angry at their plight associated with close quarter living. And as you will read in the book some tragic events, verbal and physical abuse from some neighbors and others. 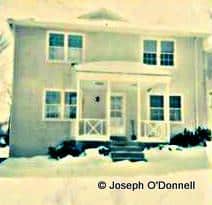 The Home Built By Patrick Joseph O'Donnell In Flourtown, PA in 1967

Q:  What inspired your father to take on the enormous task of building his own house?

A:  In 1967, twenty years after arriving in America, my father had acquired the skill and know how to construct his house including the piece of ground to build upon in Flourtown, Pennsylvania.

However money, and official accreditation to assure township managers of his qualifications to build a house of proper form and code, were required. Amazingly, my father found a way. With an additional four children bringing his total to six, he never shirked his responsibilities.

There was parochial school tuition and limited wages for food and clothing that year of 1967. Yet he was determined he was going to build a house. There was no question about that, and issues like money, nor food, nor anything else would ever deter him. 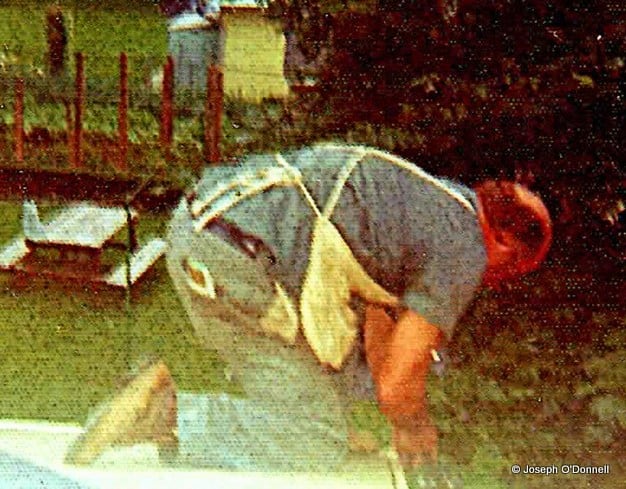 Q:  Do you remember the building process?

A:  When the buds and leaves began to sprout in and around Philadelphia in 1967 my father started to dig a foundation for his new house. And at eight and nine years of age I watched my father build. Or more appropriately I watched my father rage , spit, scream, kick, ( his steel toe boots were a useful tool- and threat ) and swear and anything else it took to raise a house before the approaching winter arrived.

He was out there -alone for the most part. And what I witnessed those many months was nothing short of a miracle and so much more than just a house rising. 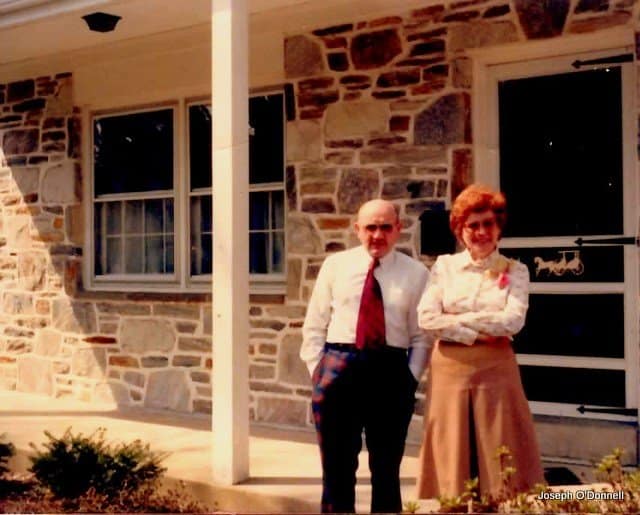 Q: What was your motivation in writing this story?

A:  I believe there are so many great stories like this one out there but, for whatever reason they are not told. That is unfortunate. This is a story that should be shared and enjoyed and embraced as a small chapter of the Irish in America. I did not want this story to miss the boat.

I wanted to tell a story of one modest man's incredible deed and a salute to the America that made it possible. As for me it was a formative experience as I watched my father build his house despite the fact I inherited none of his mechanical skill. No regret. 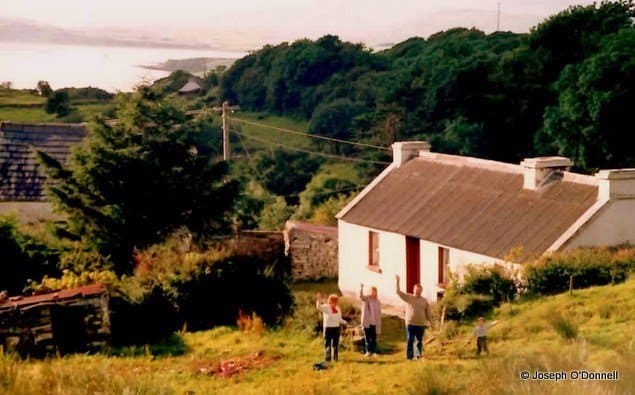 Q: Tell me about your generosity and the causes you have chosen to support through the sale of your book?

A:  I wanted to donate money from this story to the wounded warrior project. Being a former marine this of course strikes a chord when I see our servicemen and women coming home wounded, both physically and mentally.

The other charity is Habitat for Humanity. I thought this appropriate as I can attest to the importance of a safe, sturdy and quiet home especially for children to nurture and grow.

And lastly to the victims of super storm Sandy I am pledging 1$ for every book sold, through the end of November.

Q:  Where can readers purchase this book?

A:  My father's story is available on Amazon.com and is titled Change the Sky by Joseph O'Donnell.

It is in Kindle ebook format, but can be read on any device. If you don't have a kindle you can down load a free kindle app to read it on iPhone, laptop or computer.

Note: This publication is no longer in print.

Joseph T. O'Donnell is a retired marine who grew up in Philadelphia, the son of a Donegal immigrant, who built his own home against all the odds. Although Joseph admits he inherited none of his father's building skills, his inspirational words are testament to an even greater lesson learned from his father - the importance of dreams, determination and perseverance. I wish him every success with this magnificent story.