Did you know there are old Irish stories and legends linking Saint Patrick to the Feast of Easter?

After celebrating Saint Patrick’s Day in the middle of March we often put our patron saint to the back of our minds for another year. Few realize he has deep and meaningful connections with Easter. 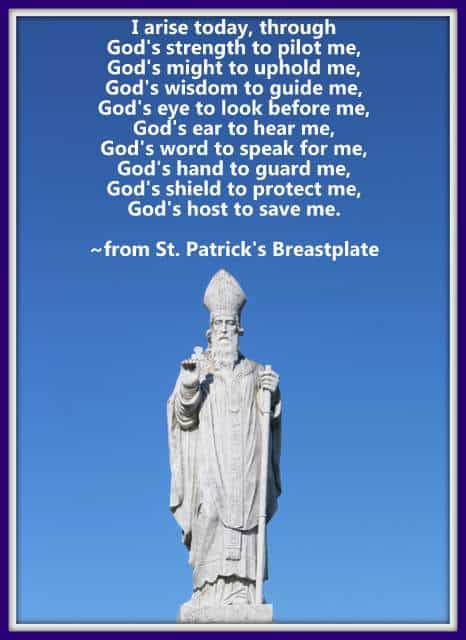 And so, let’s explore why Saint Patrick, Ireland’s most famous saint and missionary, is associated with Easter.

Saint Patrick And The Paschal Fire:

Our first story takes us back to the year 433, to the Hill of Slane in County Meath, where Saint Patrick lit a Paschal Fire to celebrate Easter.

Lighting a fire sounds like a simple, everyday ritual in Ancient Ireland. But igniting a blaze at this time of year bore great risk.

The High King of Tara had banned the lighting of all fires until he lit the first fire for a pagan feast on the nearby Hill of Tara. 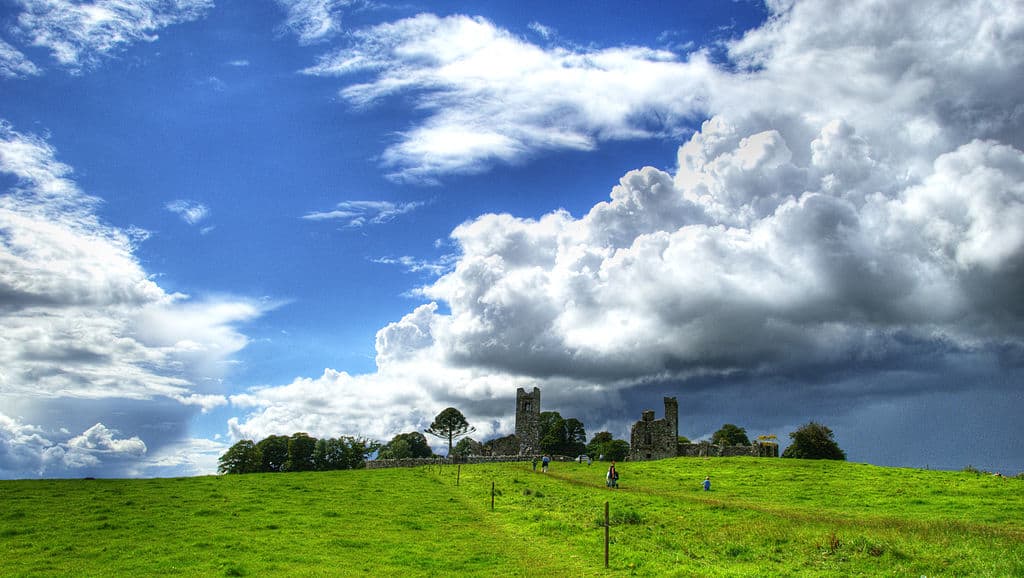 The Hill of Slane, County Meath

Did Saint Patrick know he was breaking the High King’s command? Or did he unwittingly get himself into a little confrontation with the most powerful man in Ireland?

I like to think, Saint Patrick purposefully lit that Paschal fire as an act of defiance, his fire lighting feat bearing witness to his bravery, courage and commitment to spreading the Christian faith in Ireland. 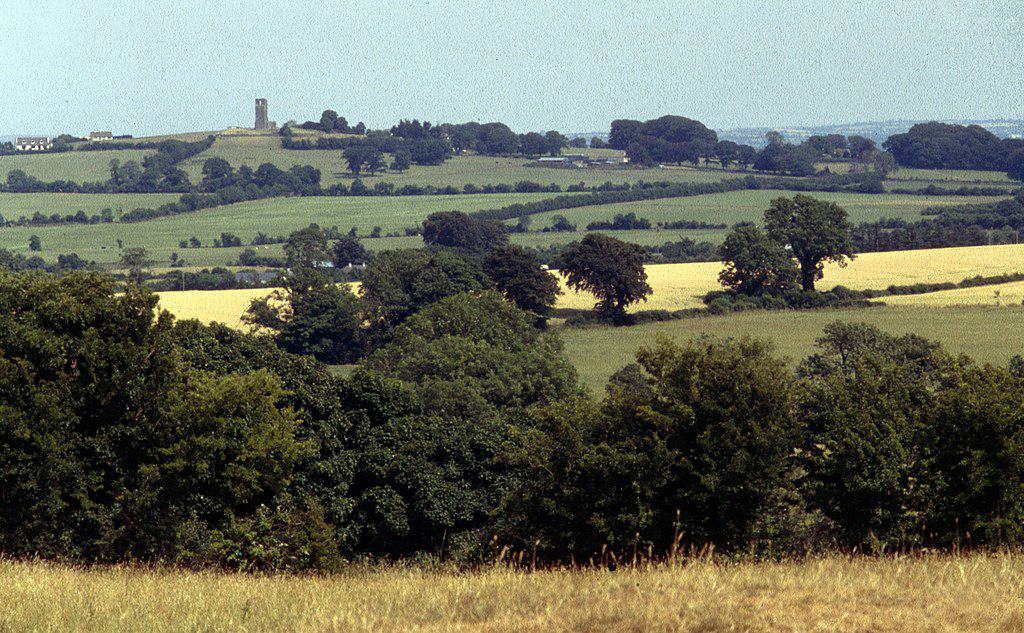 King Laoghaire (pronounced lay-rah or lee-rah depending on where in Ireland you are from), the High King in question, was not too happy when he went to ignite his mighty fire on the Hill of Tara and looked over across the valley to the Hill of Slane, only to see Saint Patrick’s blaze lighting up the sky.

The king’s advisers, the Druids of Tara, warned King Laoghaire that he must extinguish the unauthorized bonfire straight away, or Patrick’s Fire of Faith would burn forever.

King Laoghaire’s soldiers were dispatched immediately and trekked over to the nearby hill to apprehend the defiant Christian missionary.

As Patrick and his followers were marched back to Tara, they chanted the hymn known as “The Lorica” or “Saint Patrick’s Breastplate”.

Here are the opening verses of this famous incantation, and which are a very appropriate Easter prayer ….

“I arise today
Through a mighty strength, the invocation of the Trinity,
Through a belief in the Threeness,
Through confession of the Oneness
Of the Creator of creation.

~ From The Lorica of Saint Patrick 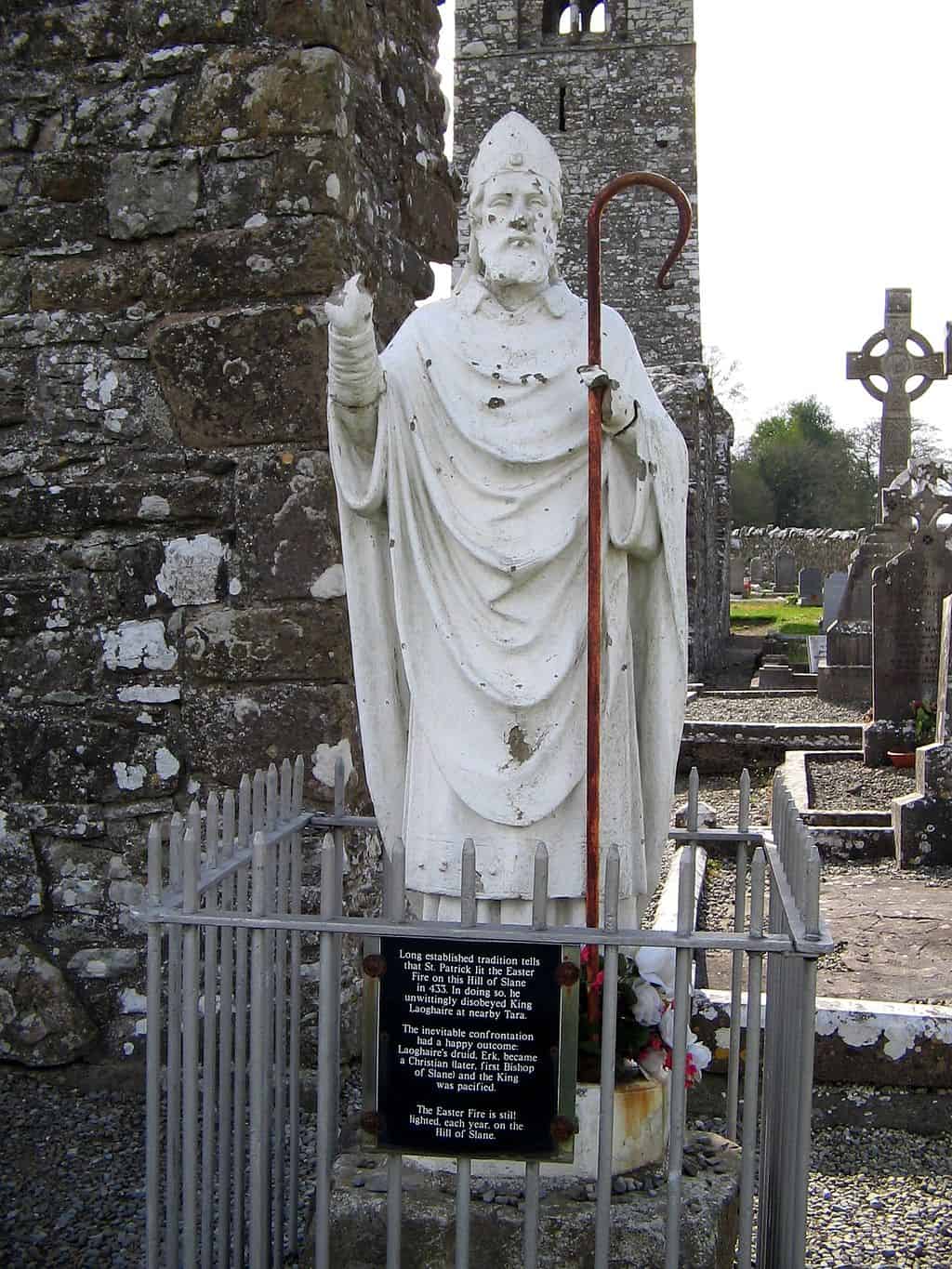 Statue of Saint Patrick on the Hill of Slane in County Meath.

Patrick was brought before the High King to face judgement. Death was a possible penalty if found guilty. However, Patrick was inspired by the Holy Spirit and launched into an eloquent defense of his Paschal fire.

He picked a shamrock and used it to explain the concept of the Holy Trinity to the High King and his druids. King Laoghaire was so impressed with Saint Patrick’s oration he set him free and granted him permission to continue preaching Christianity throughout Ireland.

Laoghaire remained a pagan, but many throughout his realm converted to Christianity through the preaching of Saint Patrick.

And so, Ireland’s fate of becoming a Christian stronghold was sealed on the Hill of Tara at Easter in the year 433.

Another Easter time story about Saint Patrick, brings him to another hill, in another part of Ireland.

For our next story of Saint Patrick we travel back to the year 441, and to the beautiful County Mayo. 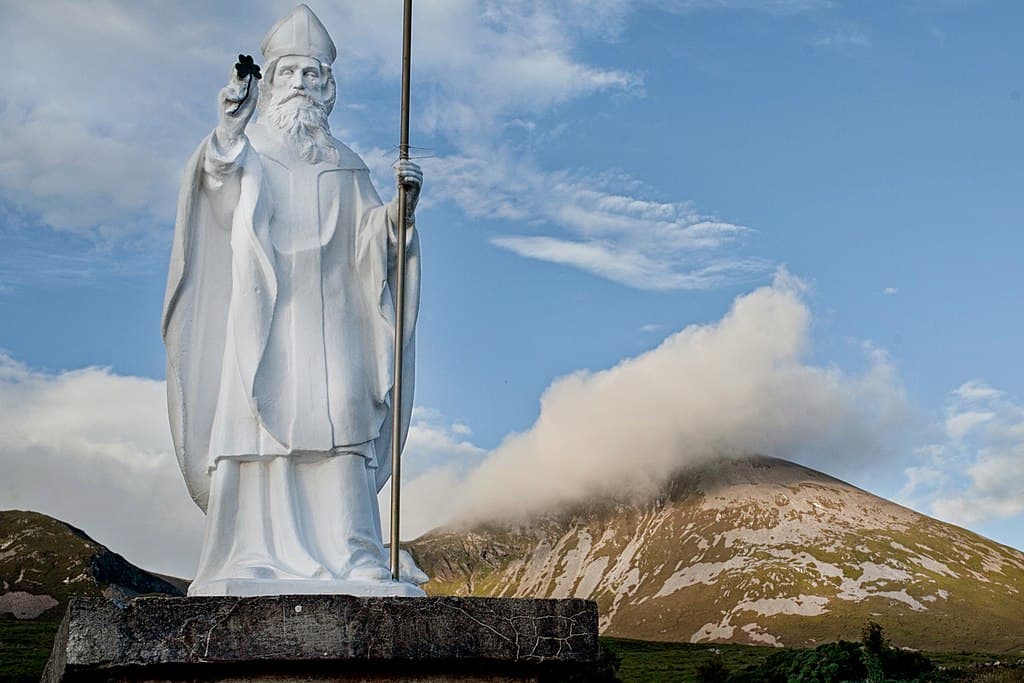 Croagh Patrick is County Mayo’s most famous mountain peak and is named after our beloved saint.

St. Patrick is said to have completed a forty-day Lenten ritual of fasting and penance here. He too, just like Jesus, had to deal with demons during his forty days of penance. 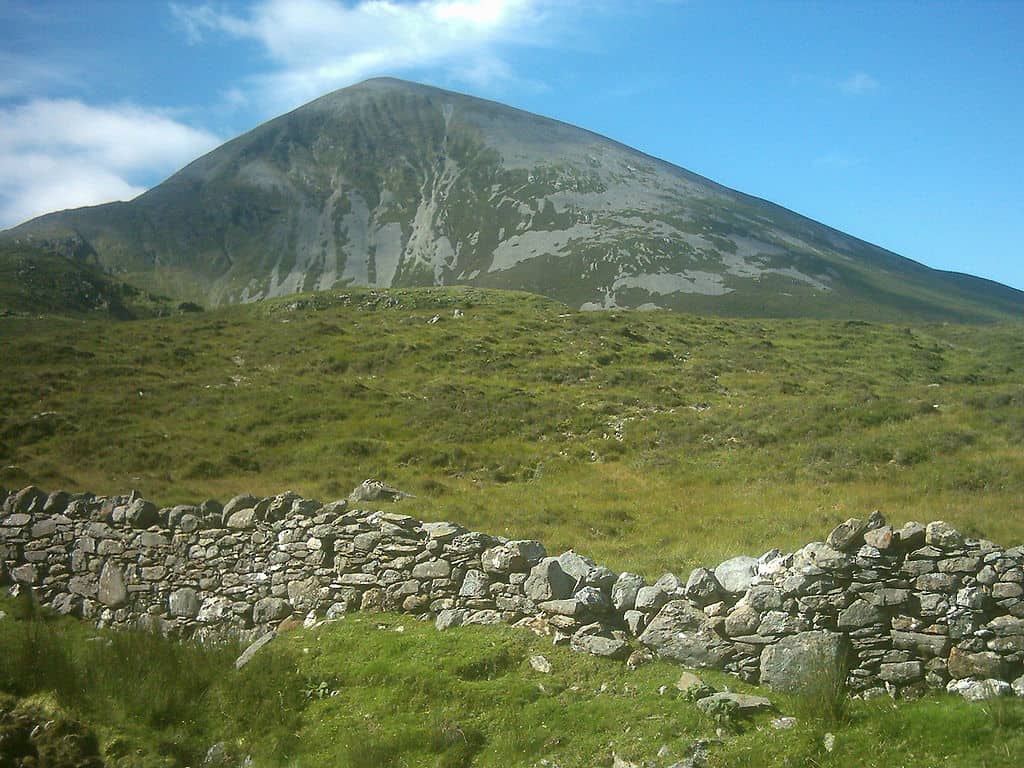 Poor Saint Patrick was harassed by demons in the form of blackbirds. Swarms of birds swooped around him, and at one point, legend says, the sky turned black with densely clustered blackbirds.

But Saint Patrick was not going to be put off his prayer by a few pesky birds.

He rang his bell, and prayed and prayed. He shook that bell at those troublesome birds. That earsplitting, cacophonous clanging finally dispersed his assailants.

After fending off the devil’s birds, an angel of the Lord appeared to Patrick. The angel told him his prayers, pleas and petitions on behalf of the Irish people would all be granted.

The angel also foretold the Irish people would retain their Christian faith until Judgement Day. (We may need a turnaround in belief and faith in modern day Ireland for that one to hold true.)

Legend has it that it is from this very peak the good saint banished all the snakes from Ireland.

I suppose forty days of fighting off demonic birds would have anyone ready to get even with the enemy. Saint Patrick’s comeback was banishment of the serpent from the island of Ireland forever.

And so this Easter, let us conclude our Paschal stories of Saint Patrick with the words of the man himself, from another verse of the Lorica.

“I arise today
Through the strength of heaven;
Light of the sun,
Splendor of fire,
Speed of lightning,
Swiftness of the wind,
Depth of the sea,
Stability of the earth,
Firmness of the rock.”

Wishing everyone a very happy Easter. May Saint Patrick smile down on us and send us Easter blessings from Heaven.

Here are some other recipes and ramblings about all things Irish and Irish American, which you might enjoy… 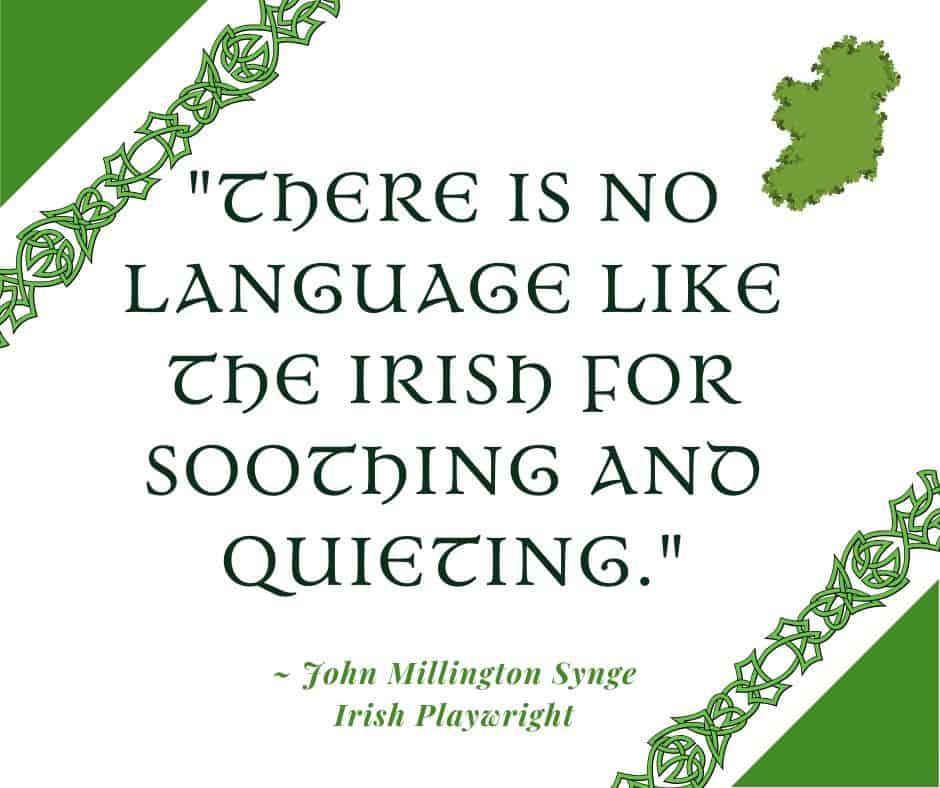 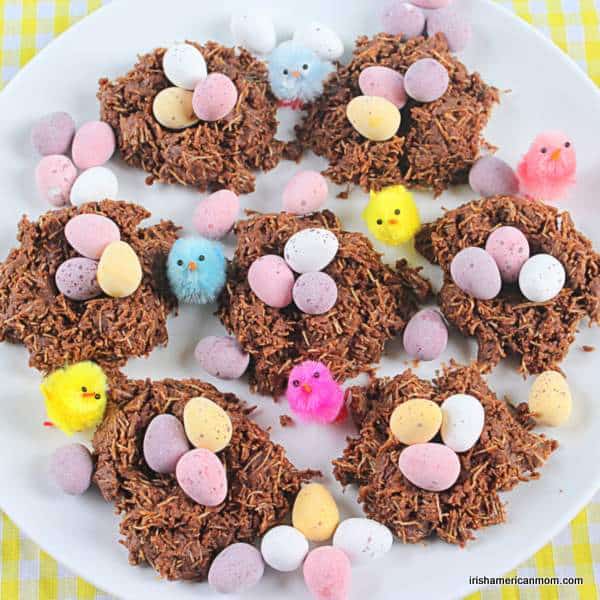 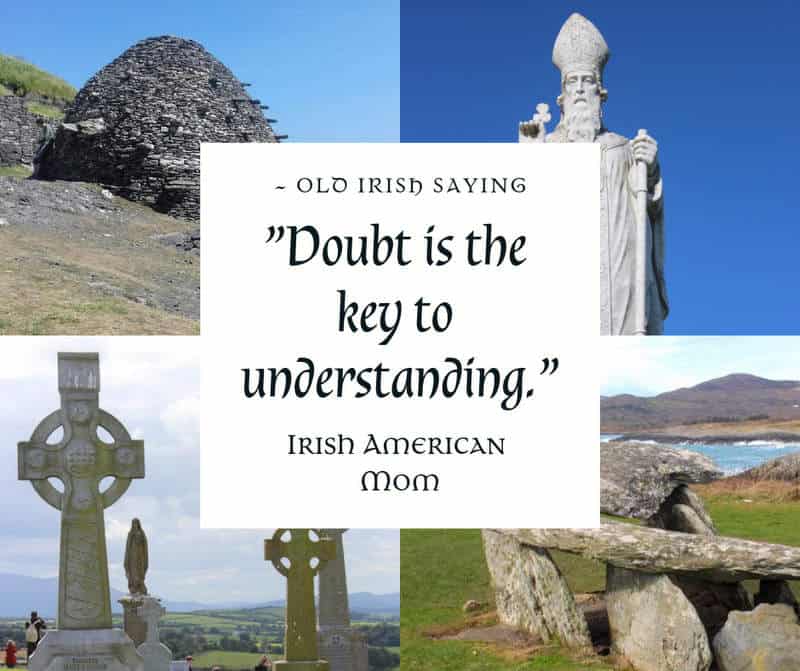