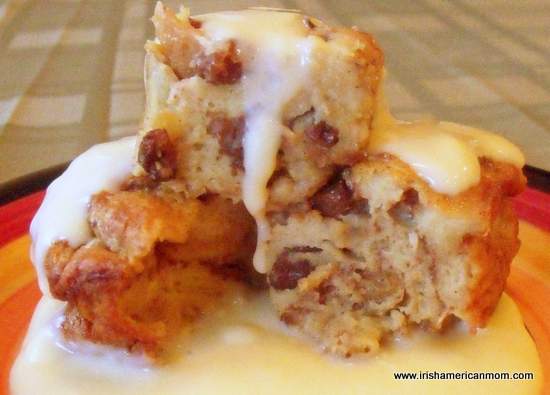 My kids love cinnamon raisin bread, so I buy many loaves each week. As I toasted a few slices one day I got to thinking what a perfect ingredient for bread pudding.  It already has raisins and cinnamon, so I decided just a few more ingredients might create a very simple bread pudding, that could be baked in the oven, instead of steamed. 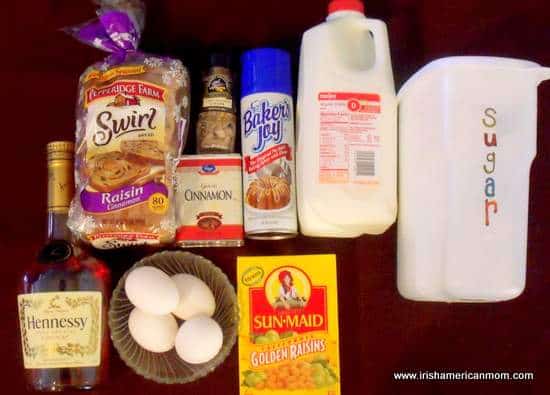 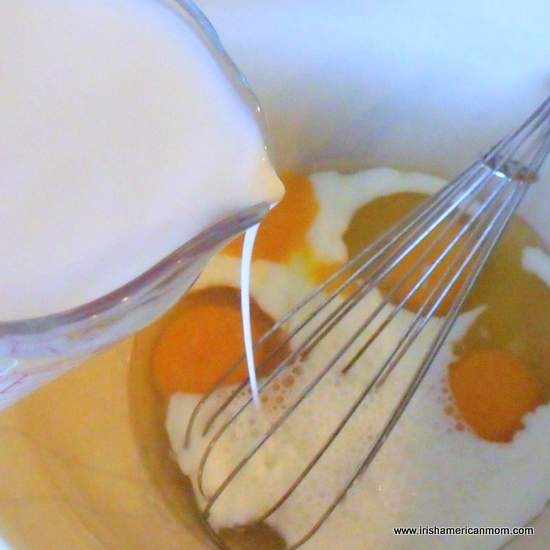 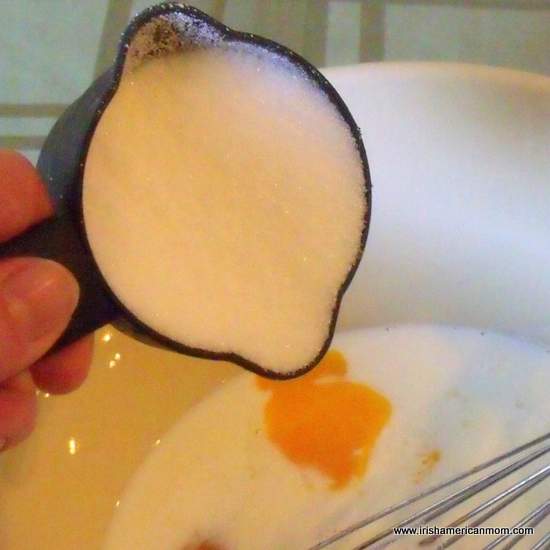 Pop in the sugar. 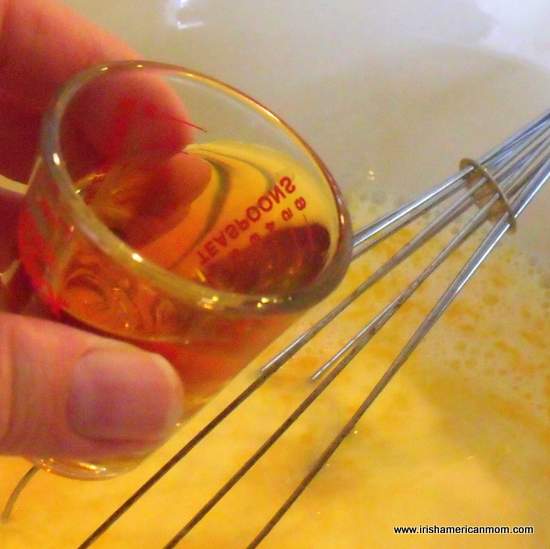 Pour in the brandy and whisk. If you like a little less brandy flavor, reduce to 1 tablespoon instead of two, or even omit if you prefer. The alcohol is burnt off during the cooking process, so all that remains is a lovely, warm, cognac flavor throughout the pudding. 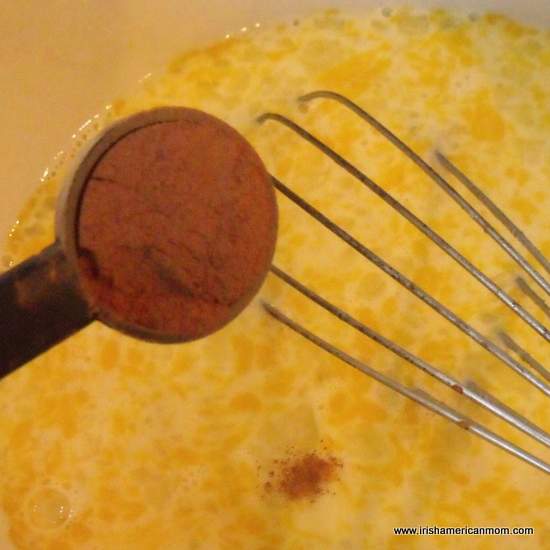 Sprinkle the cinnamon into the egg mixture. 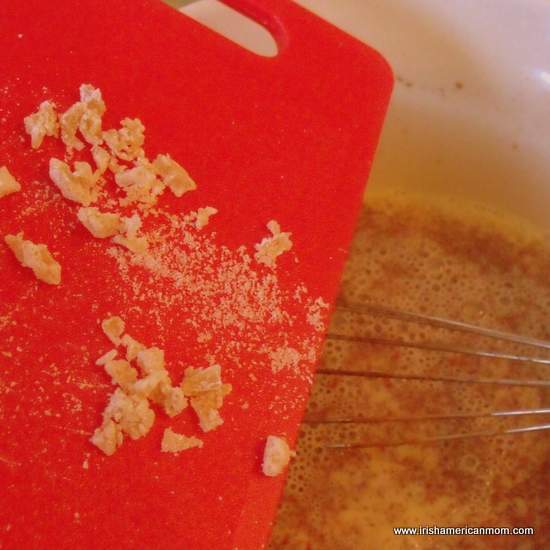 Chop the crystallized ginger into small pieces before adding to the egg mixture. The pieces can be a little large straight out of the bottle, and could be overwhelming when chewed in large chunks in the pudding. 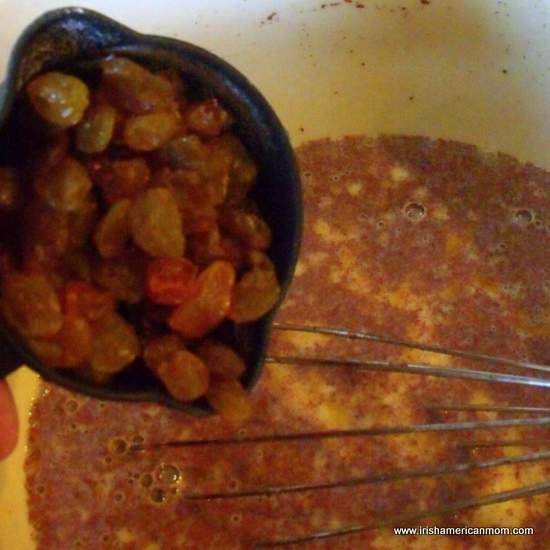 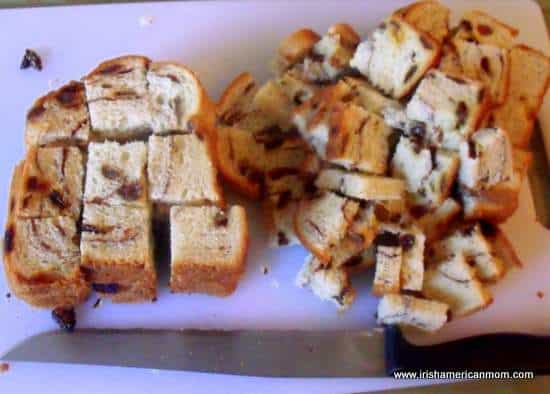 Now, it’s time to cut up the bread into 1 inch square pieces. I usually cut each slice into nine relatively equal squares. Make sure you break up the bread pieces before adding them to the egg mixture. They tend to stick together, especially if you cut five or six slices together at a time, like I do. 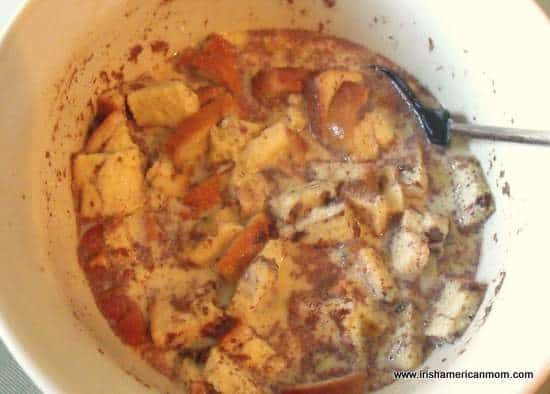 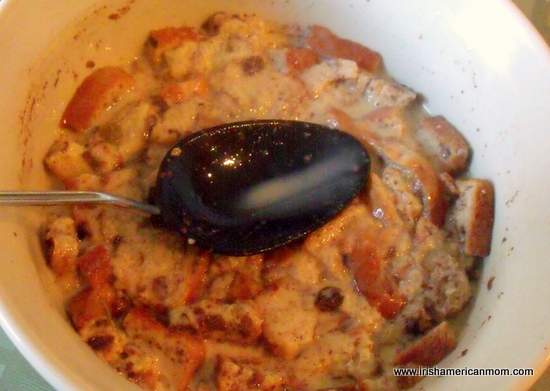 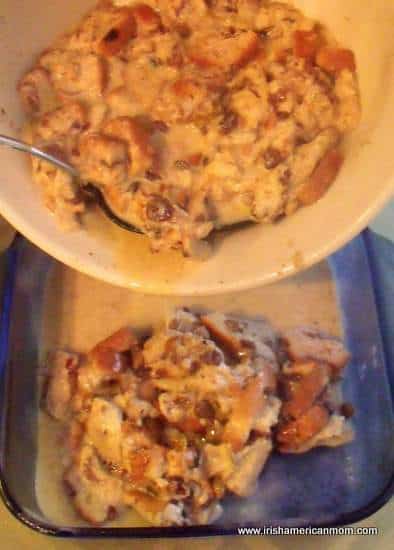 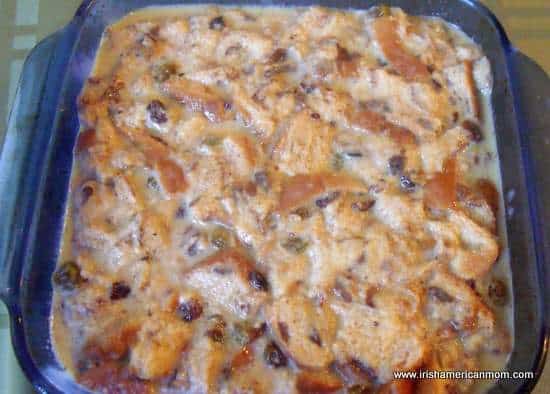 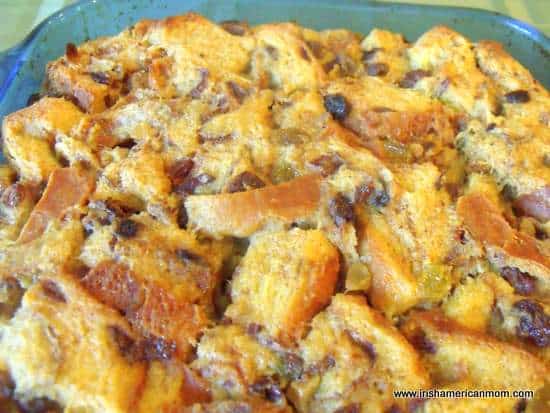 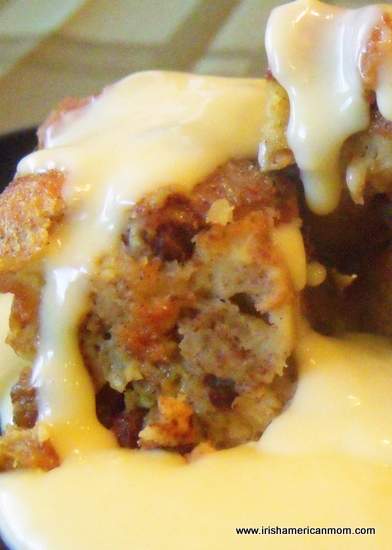 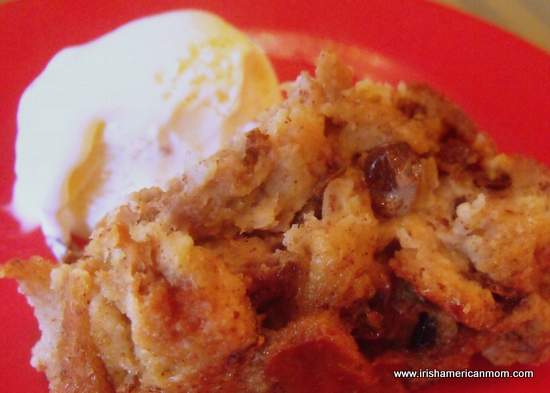 Here is a printable version of the recipe: 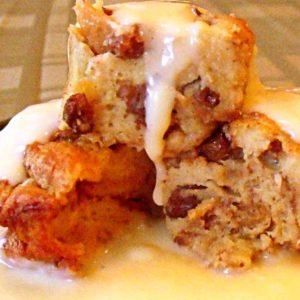