In the west of Ireland furrowed fields hug the coastline. Many a passer-by pays little to no attention to this ridged farmland, totally unaware these markings are the remnants of our ancestors' toil. 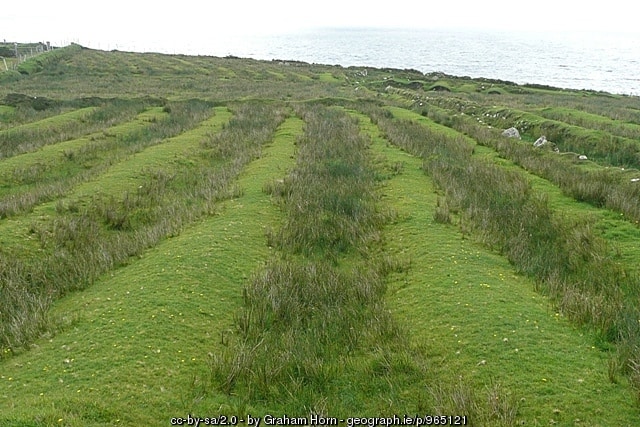 "Lazy beds" is the term for these ridge and furrow patterns.  The term was first used by the British as a derogatory term for this ancient system of agriculture utilized in Ireland and Scotland. The British bone of contention was that all the Irish ever did was grow potatoes in their lazy beds.

Here's how lazy beds worked. Farmers would carry seaweed, sand and crushed shells up from the shore and pile it in parallel ridges in their fields. Seed potatoes were planted on the high ridges, then covered with earth scooped up from the sides. 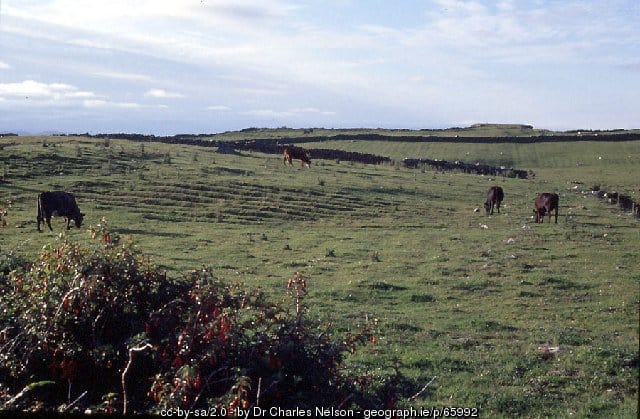 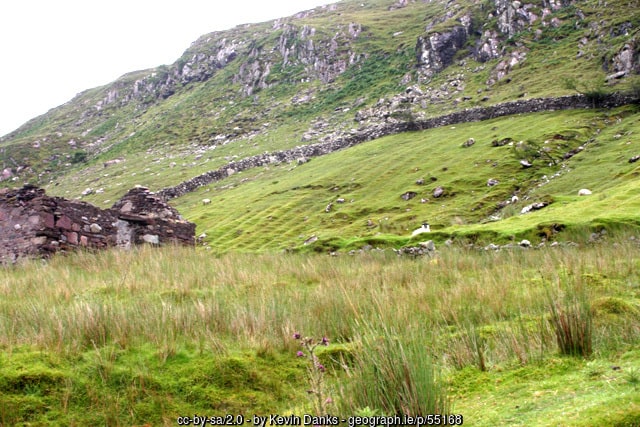 "Or some green hill where shadows drifted by,

And soon would reap; near to the gate of Heaven;" 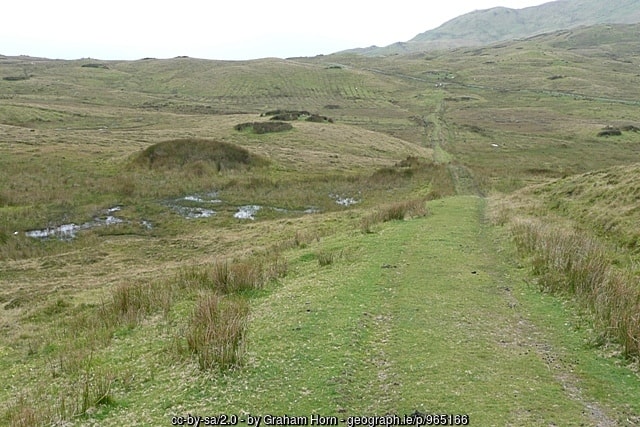 And over a million "mountainy" men and their families perished during the years of the Great Hunger (1845 to 1850), and now reap on the far side of the "gate of Heaven," which I know was opened wide during those dreadful years. 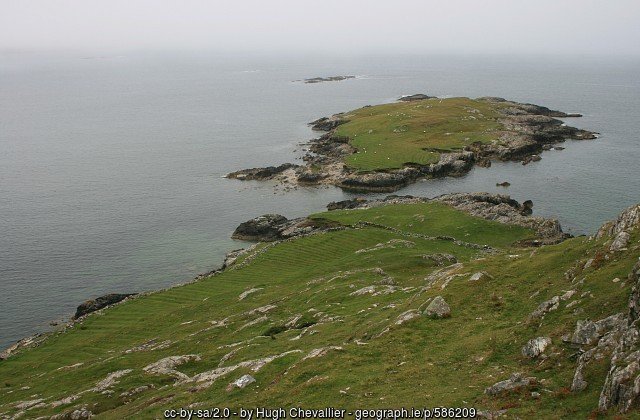 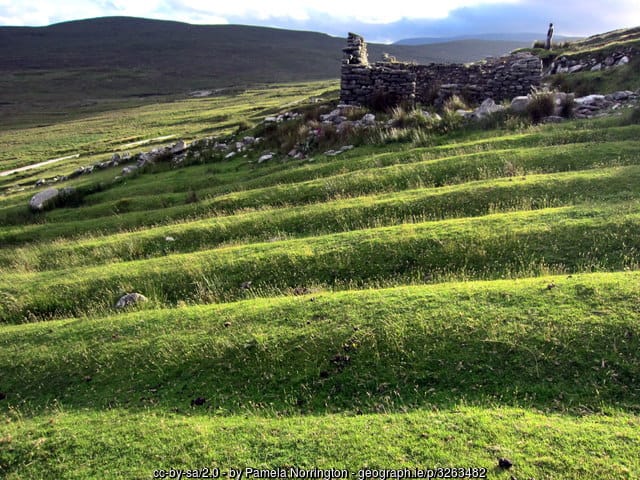 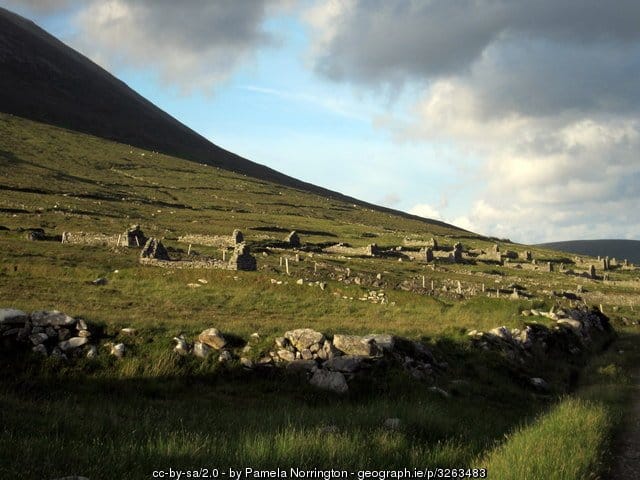 Surrounding the village is an extensive system of lazy beds. The village was abandoned in the 1850's, but some cabins were used during the summer months up until the 1940's 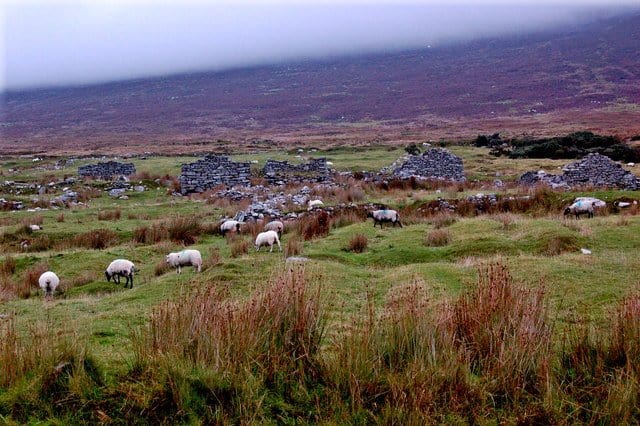 The tradition of taking cattle and sheep to the hills for summer grazing is known as 'booleying.' The cabins were occupied during the summer months, but residents of nearby villages would return to their homes from the mountainside to pass the winter months. Slievemore Mountain on Achill Island is one of the last places in Europe where 'booley' houses were used. 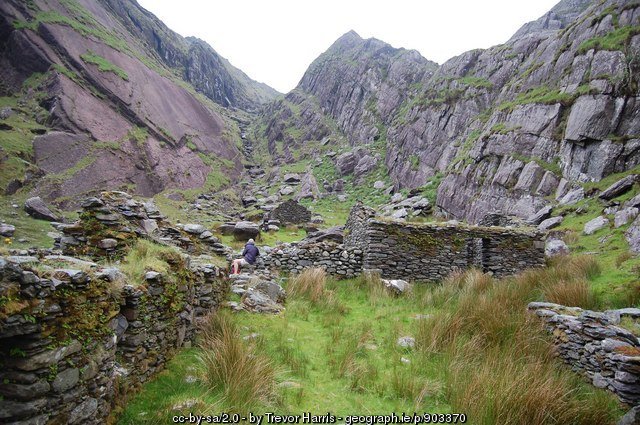 The Irish, became a 'silent people' after the anguish and heartbreak of the Great Hunger.