Did you know the Irish invented Halloween? No nation has had more of an influence over modern-day Halloween celebrations than the Irish.

One of the most popular holidays worldwide, celebrated with particular vigour in North America, the origins of Halloween can be traced back to the times of the Ancient Celts in Ireland.

Several Halloween traditions and customs were first created as part of the ancient Irish pagan festival known as ‘Samhain’. Pronounced ‘sow-in’ (so as to rhyme with vowing), Samhain came from the Old Irish language and literally means ‘the end of summer’. 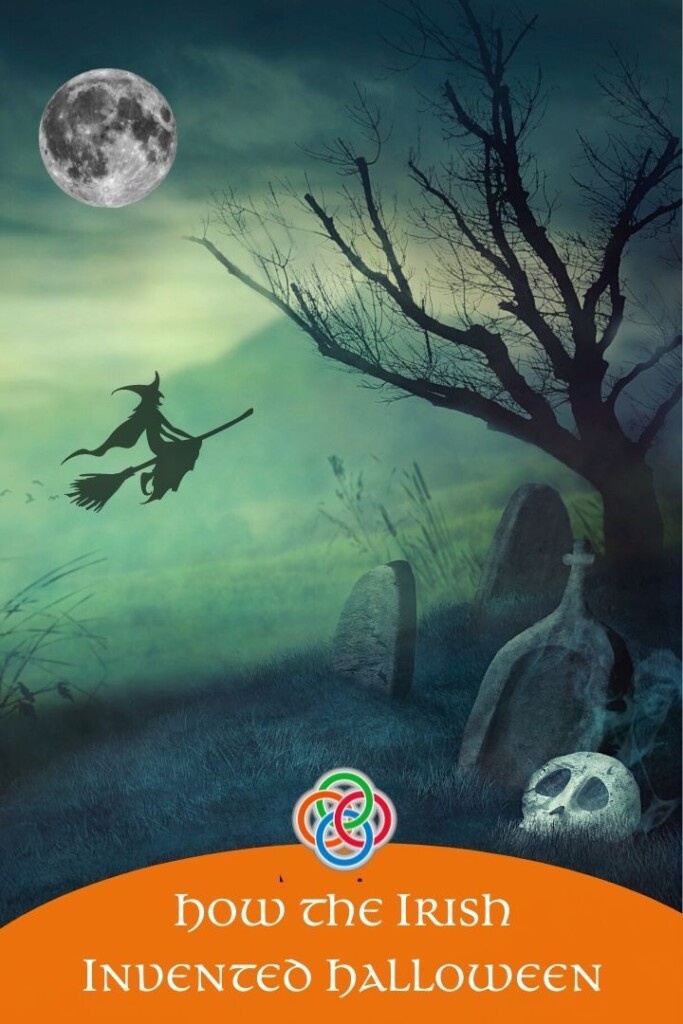 Indeed, Samhain was celebrated on October 31st to November 1st in order to mark the end of the harvest season and signal the official transition from summer into the long, dark, cold winter.

It was also deemed by the Celts to be the end of one year and the start of another. Therefore, Samhain could easily be regarded as the Ancient Celt’s version of New Year’s Eve.

Perhaps this is why so much revelry, excitement and liveliness were involved in this darkest and strangest of festivals. In many ways, Samhain was a form of preparation as much as celebration.

Every year, the Celts took several measures to protect themselves from the mysterious dangers lurking in the shadows of the many long nights ahead. However, no winter night was more dangerous than the night of Samhain itself. 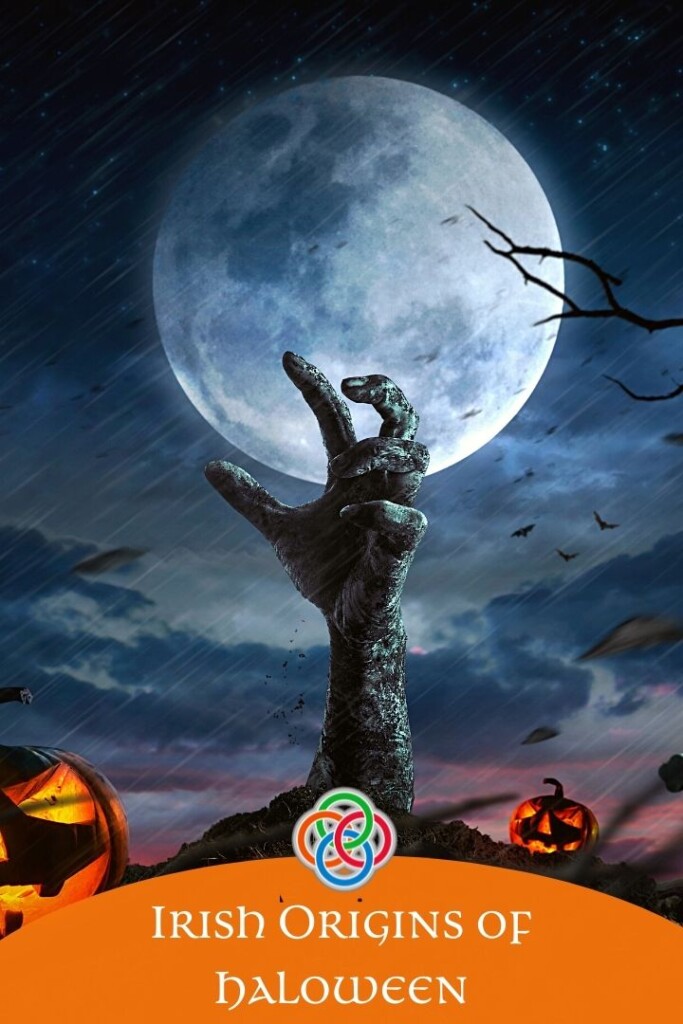 The Ancient Celts believed that during the festival of Samhain the door between this world and the next was fully opened. This meant that the dead could return to the land of the living and their souls could walk the earth. However, entry was also granted to a slew of supernatural beings from the otherworld, many of them pernicious and malevolent.

Wicked demons and spiteful spirits could descend freely upon the mortal realm on this night and do great harm to all they encountered. Some of Halloween’s most popular and renowned traditions stemmed from the Celts’ efforts to protect themselves from malicious otherworldly forces.

On Samhain, as night fell and the shadows closed in, Celtic tribes would light huge fires at the heart of their settlements or on high hilltops. This was done to ward off any evil spirits roaming and skulking in the dark.

The entire community would gather together around the giant pyre to stay safe and keep the darkness at bay. Demons could not prey upon people if they were part of large well-lit crowd. 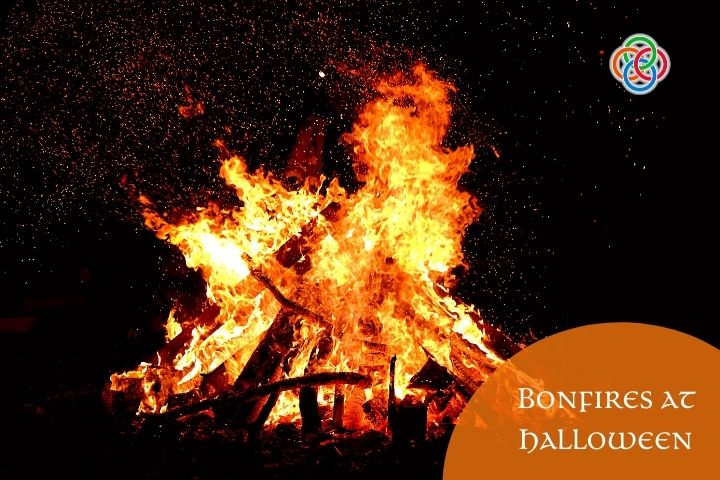 It was believed that the fire could banish bad fortune for the coming year and ensure prosperity. It was also thought that the fire could cause clairvoyant visions or vivid dreams foretelling the future. People would often throw a lock of their hair in the fire, hoping they might see the identity of their true love in the ensuing embers and sparks.

This tradition is kept alive today, and in exuberant fashion. Bonfires are lit all throughout Ireland, and many other countries, every Halloween night, with people partaking in several festivities around them and often lighting fireworks.

Dressing Up and Trick-or-Treating

In another attempt to confuse baleful spirits, the ancient Celts would often disguise themselves in elaborate clothing and garments, in what were effectively costumes.

They would wear the skins and heads of animals or crude masks fashioned from cloth material. Sometimes, they would blacken their faces from the ash of the bonfire.

The idea was that the spirits would either be frightened away by these ghastly appearances or that the demons would fail to recognise the costumed Celts as vulnerable humans and pass them by. This is how the tradition of dressing up on Halloween began. 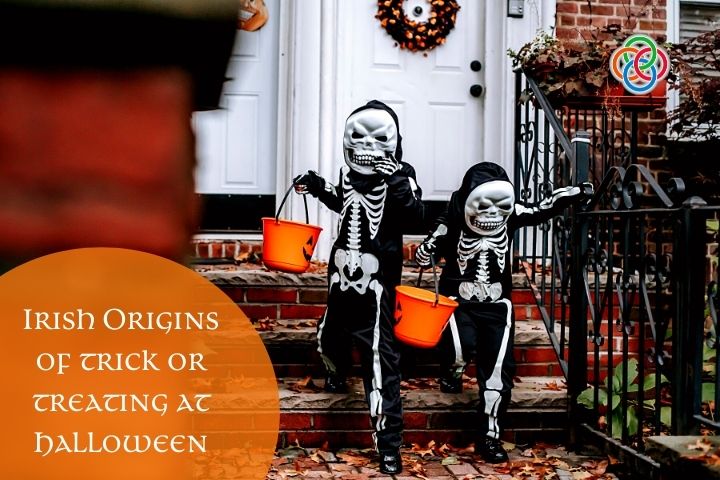 After successfully tricking the spirits, people would go door to door while still in costume. They would dance, sing or recite poems at people’s doors in exchange for food and drink.

In some Celtic tribes, it was thought that accepting offerings on behalf of the spirits while impersonating them would appease them and reduce the likelihood of falling victim to their wrath. It is easy to see how this custom led to the modern activity of trick-or-treating.

The Jack-o’-lantern is another significant Halloween tradition which has strong Irish roots. Before the Celts made their way home from the bonfire on Samhain night, they would hollow out a turnip or some similar vegetable. They would then place an ember from the bonfire into the turnip to light their way back.

It was thought that the bonfire embers had magical protective properties and would help keep demons and spirits at bay as people walked home in the dark or the dim early morning light. 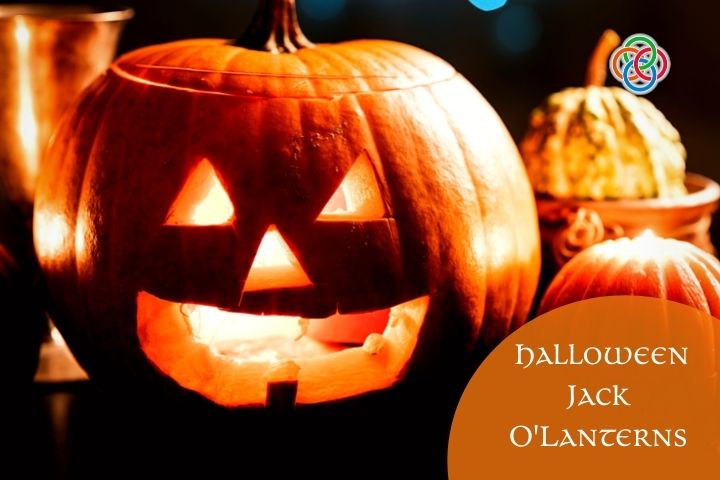 People would then take the dwindling ember and use it to reignite the fire in their hearth at home. It was thought that this would bring good fortune for the coming year.

The tradition of carving turnips was maintained in Ireland throughout the centuries. When the Irish first emigrated en mass to America in the 1800s, they brought this custom with them.

The practice evolved to include carving and decorating pumpkins, a vegetable which was not known to the Irish back home. Thus, the jack-o-lantern was born.

Consequently, apples were often used in the art of divination to reveal the identity of a person’s true love. A myriad of games involving apples were played on Samhain, in the belief that they could predicts matters of the heart and potential marriages. 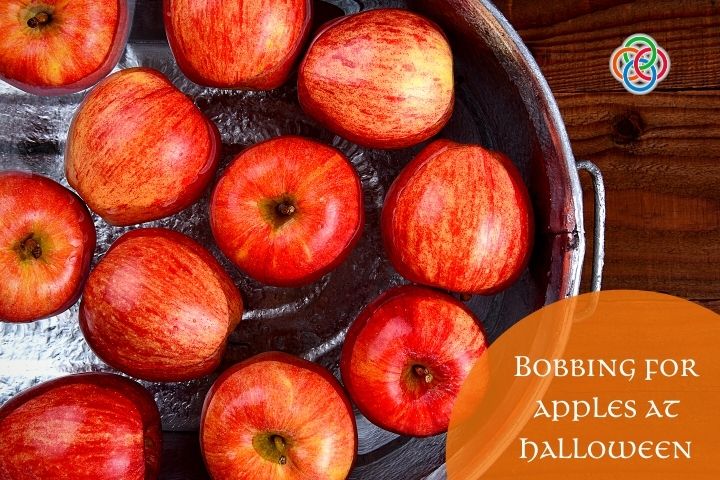 It was said that if you peeled an apple and threw the skin behind your back, it would spell out the initial of your true love. Another game played by the Celts was bobbing for apples where the first person to successfully bite an apple was said to marry that year.

Likewise, if the person who first bit the apple placed it under their pillow that night as they slept, they would dream of their one true love.

It may surprise some to learn that Halloween was never celebrated in America until after the arrival of the Irish in the early 1800s. As hundreds of thousands of Irish people fled to the States in order to escape the famine ravaging and decimating their home land, they brought with them their Halloween traditions.

These traditions were embraced wholeheartedly by Americans and quickly became widespread. Over the following decades, these originally Celtic customs were expanded, enhanced and refined all throughout America to become the modern celebration of Halloween we know today. 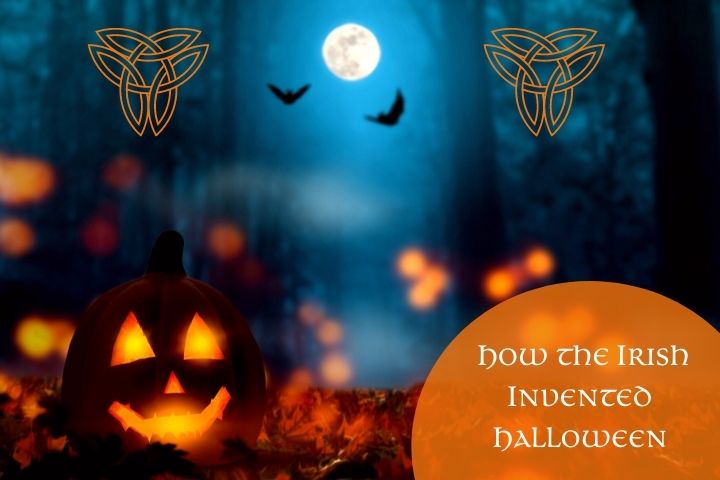 While many think of Halloween as a distinctly American holiday, it is very much a uniquely Irish invention which was imported to the States. Every time Halloween is celebrated, no matter where in the world, the ways of the Ancient Celts are remembered and brought back to vivid life.

This Halloween, you can honour the lives of your lost loved ones and plant a memorial tree with Irish Trees. You can have a native Irish tree of your choosing planted on ten acres of beautiful lakeside woodland, honouring both their memory and their Irish heritage and roots.

All trees are expertly tended to by our devoted caretakers who ensure they grow to be healthy, strong and long-lasting. You will also receive an official customised planting certificate which you can personalise at check out.

To find out more, go to Irishtrees.ie.

Happy Halloween to everyone!