Genealogy websites that help people trace their family histories love to focus on fortunate souls descended from royalty, or related in some distant and indirect way to George Washington. Yet genealogical research is just as likely to turn up horse thieves, drifters and scandals of every sort.

"You're going to find stuff you don't want to know," says Ceil Lucas, a sociolinguist, amateur genealogist and author of How I Got Here: A Memoir.

When I read this line introducing Ceil's new book I just knew I had to share her work with you here on my blog. I am putting the finishing touches on my historical fiction novel whose main character is impoverished by the Irish Famine, and does not fill the typical role of a historical fiction heroine.

I believe we need to share the stories of ordinary men and women of the past, not simply the illustrious stories of those who held power in centuries past. We explore the simple tales of our ancestors here on my blog through our immigrant tales section. 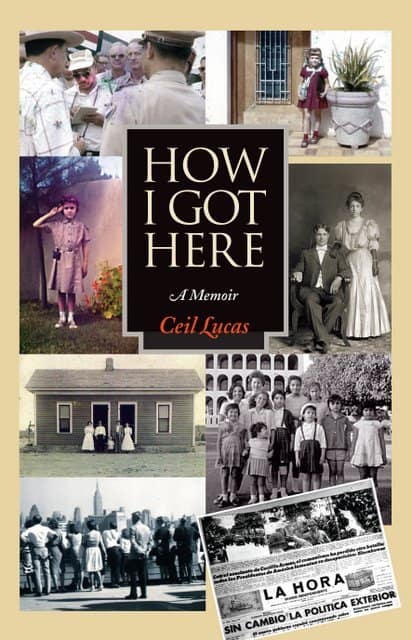 And so, I asked Ceil to share her story with us. I'm delighted to publish her guest post, and we have a giveaway for a copy of one of Ceil's books too.

Let me hand you over to Ceil and then I'll share how you can enter the giveaway.

As I read through Mairéad’s story, I see very strong parallels with my own.

The nutshell summary: I was born in Phoenix in 1951; in 1956, my father the civil engineer accepted a job in Guatemala City. In 1960, he was hired by the Food and Agriculture Organization (FAO) of the United Nations located in Rome, Italy. I came to the US for college in 1969. I returned to Rome for the 1971-1972 academic year.

While I have travelled extensively, I have lived permanently in the US since August of 1972. Ages 5 to 21: four years in Guatemala City and twelve in Rome, with two nine-month stints for freshman and sophomore year at Whitman College in Walla Walla, Washington.

“ I didn’t grow up here”, I almost always say when meeting someone for the first time. “I wasn’t raised here,” - “here” meaning America, the United States, the States. In my mind, it is crucial for someone meeting me for the first time to know this - whatever “here” is about, I have always felt that I am not nor never will be totally of it.

I have learned it by brief visits across my childhood and from living here since 1972. Among other things, it attests to the sheer power of “here” in 20th century life, what “America” means and has meant.

So, while Irish-born Mairéad grew up in Ireland – which I know fairly well, since I have been studying spoken Irish since 1993 and have traveled there a number of times; at least five trips have involved week-long stays at the Irish immersion school in Glenn Cholm Cille in Donegal, so ironically, my accent in Irish is American mixed with distinct Donegal features  - I was American-born growing up in Guatemala and Italy, and, so I thought, not from “here”.

I began planning a memoir based on my childhood memoirs but at the same time, I began working on my family’s history and my genealogy. Despite living abroad for seventeen years during my father’s working life, both of my parents were born-and-raised Americans, my father from New Mexico and my mother from Illinois. They didn’t leave the country to live abroad until they were forty-seven. My mother had left a fairly good record for both her side and my father’s but nothing that went past about 1810. So I got busy.

I got comfortable with the National Archives in Washington, DC, learning how to search all kinds of records, arriving at 9 a.m. and leaving at closing time on many days.

I also learned to use the records in Annapolis, Maryland and at various state history societies, invariably staffed by passionate and interesting people, unfailingly helpful.

One search got me to Daniel De Lucas in Kent, England in 1500. This got me to wondering if the De was French or Spanish, so I got my DNA profile done. “4% Iberian peninsula” said the test, shedding some light on that part. The test also stated 10% Irish and this is a part that needs more digging. But 76% is English and Scots.

My mother’s people made their way to Illinois via North Carolina and Indiana; my father’s side went to Ohio and Indiana before participating in the 1893 Oklahoma Land Rush and ending up in the Territory of New Mexico, not yet a state.

So while I myself was not raised here and have frequently felt that I came to the United States in 1969 for college as an immigrant, like Mairéad, it’s a fact that when your folks arrive in 1654 and 1679, more than one hundred years before there was an America to talk about, you are “from here”.

And it was doing my genealogy and researching my family history that got me to that. Genealogy and family history have of course re-shaped the way I think about myself. The stories of my ancestors are necessarily included in my memoir since they are who I am.

She spent 40 years as a university professor and researcher. She began teaching Italian in 1973 and continues to do so. She is the editor and co-author of 22 books.

How I Got Here  is available on Amazon. 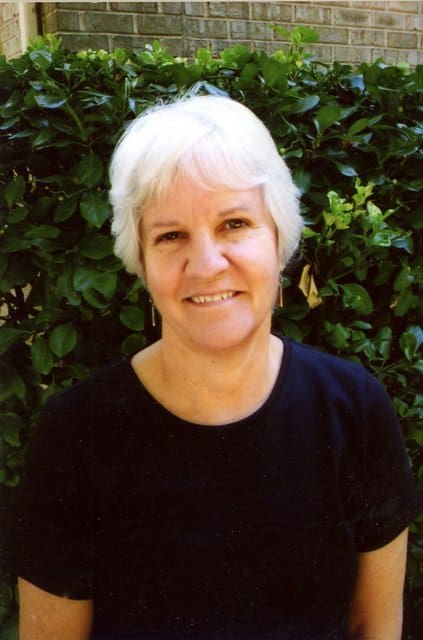 Ceil has some excellent suggestions for others who wish to delve into their family  histories:

"It also probably doesn't hurt if you are a nerd about these things like me,"  Lucas says. "I found an ancestor who was involved in the Oklahoma Land Rush, so I researched that and found newspaper articles about the land rush. I think it's important to put your family story in the historical context, especially if you plan to write a memoir. That stuff is just really interesting to me."

Ceil has graciously provided a copy of her memoir, How I Got Here, for one reader to win.

Any comment will do. What you write does not affect your chance of winning, but if you need inspiration why not tell us if you are interested in your family history or if you have made any genealogical discoveries of princes, paupers or horse thieves in your family tree.

The winner will be announced on Saturday, November 5th, 2016, at the bottom of this blog post.

Thanks to everyone who supports this giveaway by leaving a comment.

And thank you to Ceil Lucas for sharing her story with us today. I really enjoyed her take on what it means to be "from here." Wishing her many years to come of rewarding research and writing. And best of luck with her studies of the Irish language.

I’ll send our winners a quick e-mail to let them know about their Irish luck.

Thanks to everyone who joined in and entered this little Irish American Mom giveaway. Wishing Ceil every success with her wonderful work.