Ireland's Wild Atlantic Way is the longest defined coastal drive in the world, and believe me when I tell you, the scenery is simply spectacular.

Last year I shared an infographic on places to visit along the Wild Atlantic Way. But today I'm delighted to share news of a wonderful documentary featuring Ireland's amazing coastline.

For anyone even thinking about visiting Ireland, this show is for you. 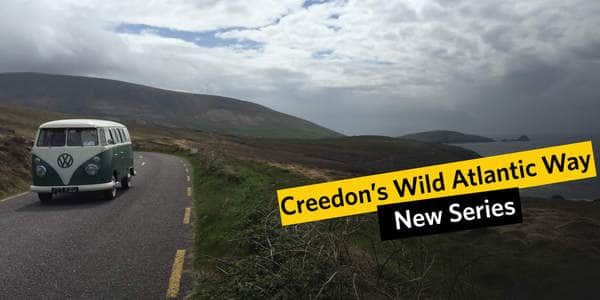 Breathtakingly beautiful with captivating stories, John Creedon’s Wild Atlantic Way is a feast for the senses. This new three part series is available on RTÉ Player International and can be viewed around the world.

Immerse yourself in some of Ireland’s most breathtaking scenery and captivating stories with John Creedon’s Wild Atlantic Way which is not only exquisitely shot but provides the viewer with a feast of Irish landscape, seascape and cultures.

The world’s longest defined coastal touring route, the Wild Atlantic Way is a spectacular road trip that weaves its way from Derry to Cork. 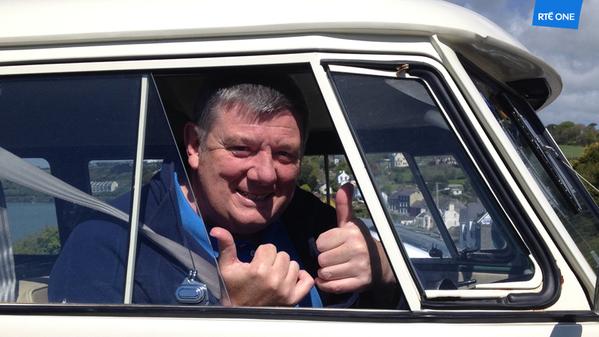 Discovering the magic, mysticism and beauty of this historic route, John Creedon’s new series transports us two and a half thousand kilometres along this magnificent West Coast route, from the historic and beautiful fishing town of Kinsale, as far as the furthest tip of the Island, Malin Head.

But the Wild Atlantic Way is more than just a road trip. The sea will be John’s highway and he wants to discover why this beautiful yet savage landscape exerts such a hold on us.

Many modes of transport were used to follow this Atlantic route, from horseback, boats land and air, but for the most part of the journey John has chosen the trusty VW 1967 camper van, the favourite of West of Ireland surfers.

“Like myself she’s got a few miles on the clock

and like myself she’s built for comfort, not speed,” said John.

Here's a sneak peak, where you can savor the hauntingly beautiful backdrop to this program.

Interviews Along The Way:

Enjoy a myriad of interviews, starting with Ireland’s adopted son, Jeremy Irons who from his house on the western seaboard explains ....

“The West is a long way from anywhere...

This is gold-dust and should be dealt with really carefully,

with great intelligence, because it is one of the last 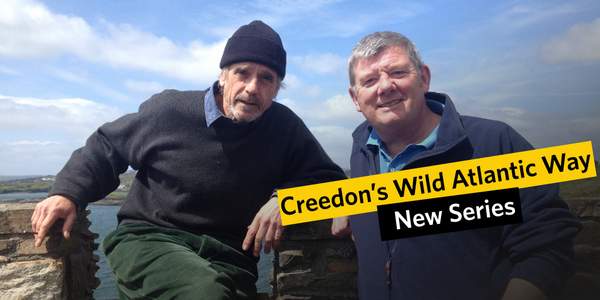 This three part series will also explore music, poetry, festivals and the everyday lives of those who live on this rugged but spectacular coastline.

I loved this piece about Dursey Island. I remember taking the cable car to Dursey with my granny over 40 years ago. We got stuck over the Atlantic for about 30 minutes on the way back. My land loving granny thought she'd never set foot on Ireland again. Luckily we were on our return journey, because we'd have had to put her on a boat back to the mainland, if she had dangled in the skies on the way out.

How To Watch The Show:

A not to be missed series for anyone who wants to discover or re-discover Ireland’s magical Western coast and its stories, John Creedon’s Wild Atlantic Way will be available on RTÉ Player International, Ireland’s only bespoken multi-genre online TV service, and will be free for the first seven days after initial broadcast.

A big thank you to John Creedon and RTÉ for sharing this fabulous program with us today, and for providing me with text, images and links to help highlight their amazing work.