Did you know that our Halloween Jack O'Lanterns have Irish origins?

These beloved symbols of Halloween are carved throughout the United States and Canada each and every year, but their roots are firmly Irish.

Did you know this annual Halloween tradition of carving out pumpkins or rutabagas to create light-up lanterns was a tradition brought to America by Irish immigrants in the 19th century? 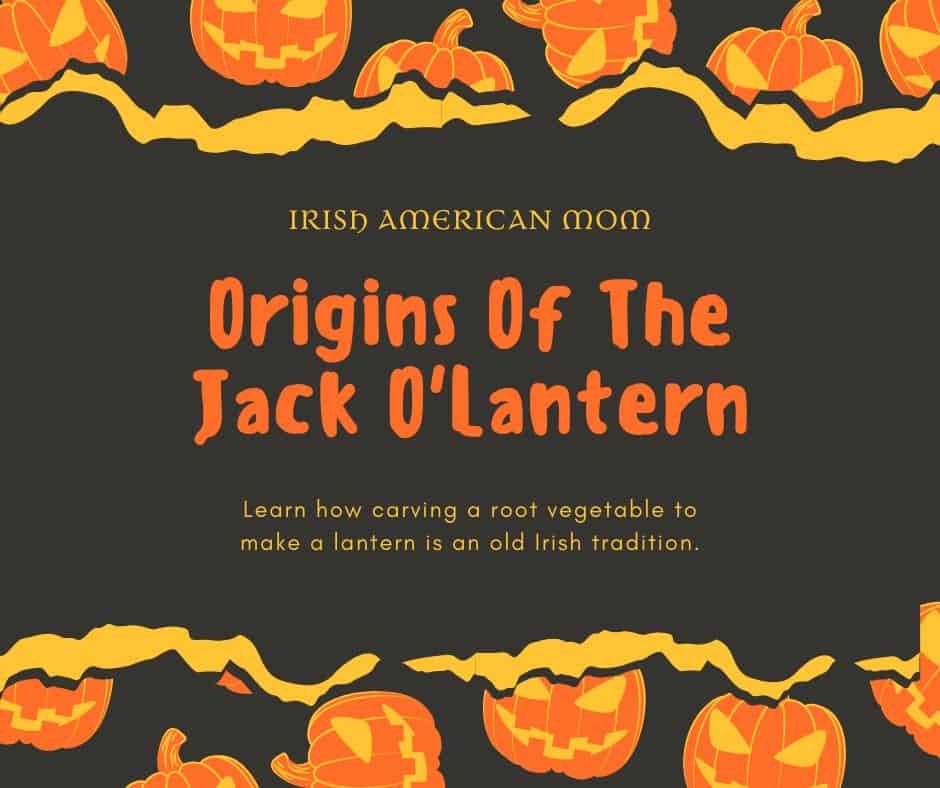 Did you know that when you carve out a pumpkin to create your very own masterpiece, you are continuing an ancient Irish tradition and celebrating your Irish heritage?

And so, let's explore the history and origins of this family tradition, and learn why pumpkin carving is primarily a Halloween tradition.

Plus, we'll discover the legend of Ireland's Stingy Jack, who is probably still roaming the earth with nothing but his original hollowed out turnip lantern to light his way.

What is a Jack-o-lantern?

Jack-o-lanterns are root vegetable lanterns made by scooping out the insides of a pumpkin or rutabaga, carving the outer side with a face or Halloween design, and lighting it up with a candle or electric light.

The custom of making jack-o-lanterns at Halloween time originated in Ireland. 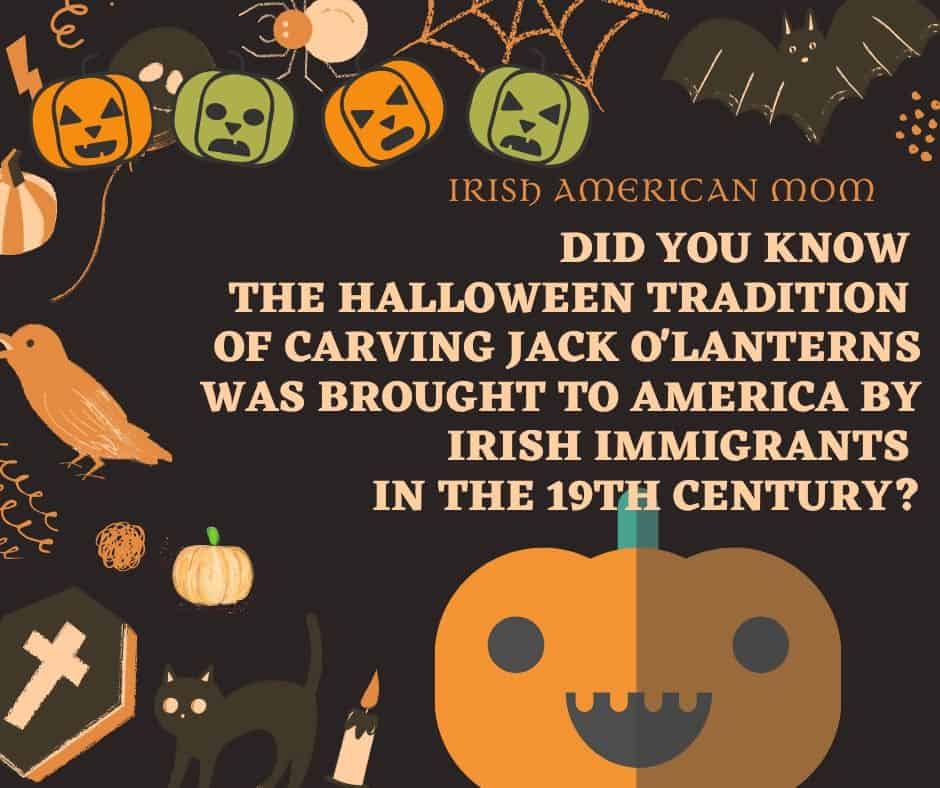 The Irish did not have pumpkins in 19th century Ireland. Growing pumpkins on the Emerald Isle is only a recent phenomenon.

Hundreds of years ago it was the rutabaga, also called a swede or turnip or mangel in Ireland, that was chosen to create these special lights.

Samhain - The Celtic Festival And Lanterns:

Samhain was the ancient Celtic festival that evolved to become our current day Halloween. This was a time when supernatural beings were said to roam the earth.

The veil between the spiritual and earthly domains was believed to be thinnest at this time of year and spirits and the souls of the dead were thought to walk the earth on All Hallows' Eve.

Lanterns were carved out by the Irish to provide light throughout this night, and to protect them from evil spirits.

They lit them up by placing a glowing ember from a turf fire inside the carved turnip shell. The lanterns were set on windowsills warning doomed spirits to steer clear of a home.

Some believe faces were carved into the lanterns to represent souls in purgatory. 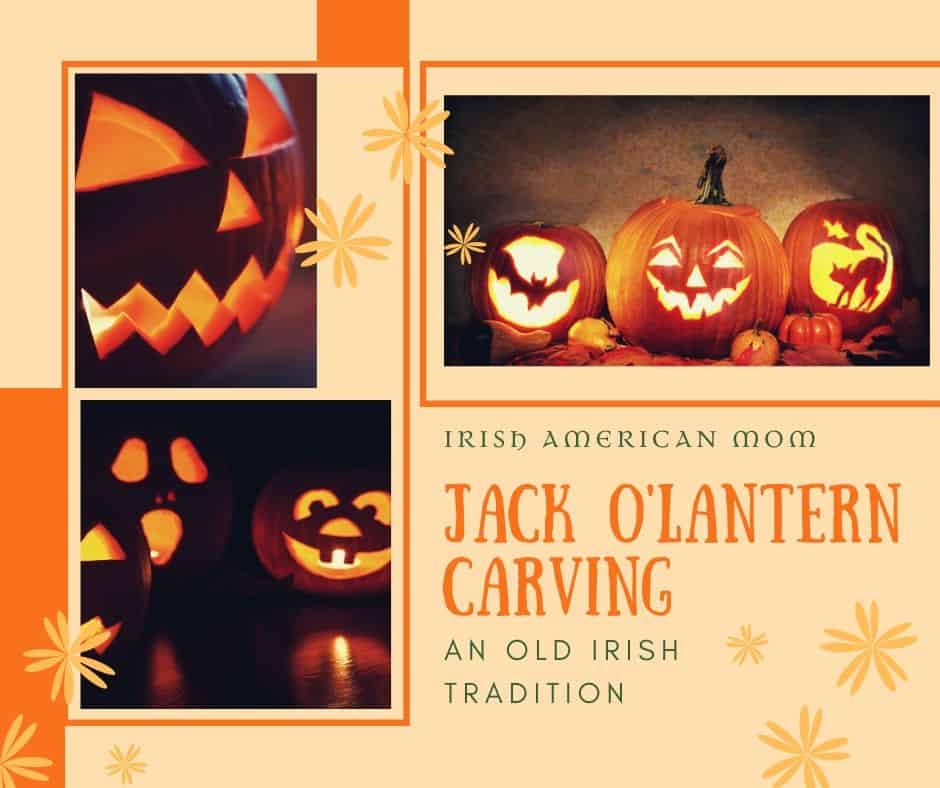 Competitions were held for the best Jack O'Lanterns in 19th century Ireland. A report in the Limerick Chronicle from 1837 is evidence of the tradition of carving gourds to make lanterns. A Limerick pub held a carved gourd competition and presented a prize to the best Jack McLantern.

Also, in 1835, the Dublin Penny Journal published an article for Halloween all about the legend of the "Jack-o'-the-Lantern."

The Legend of Stingy Jack:

Carving Jack O'Lanterns at Halloween has its origins in Irish myth.

The legendary reason for all this turnip or pumpkin carving centered around a notoriously mean character called Stingy Jack. 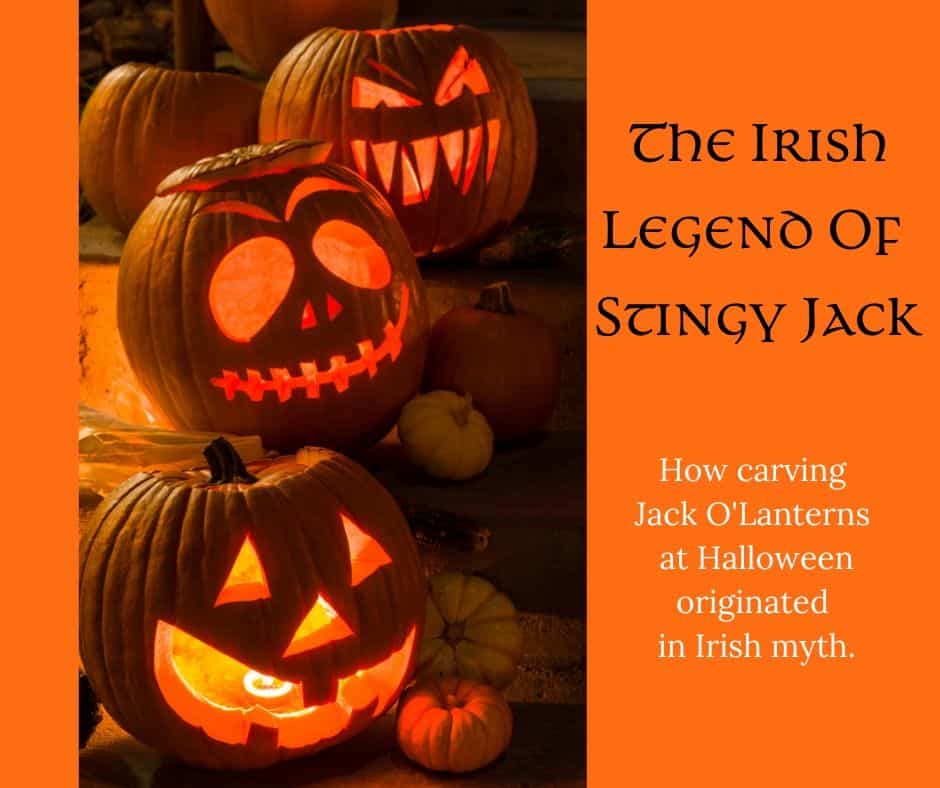 His legend has been handed down for generations in Irish folklore. There are many versions of the tale of Stingy Jack, but here’s my favorite.

Jack was a bit of a joker. He loved playing tricks and one day he made a serious mistake. He decided to play a trick on the Devil himself. Using his guile and gift of the gab, he managed to convince the Devil to climb into an apple tree. When the Devil wasn’t paying attention, Jack placed crosses around the tree trunk, stranding the Devil in the tree.

Now, the Devil wouldn't leave the tree when he was surrounded by so many crosses, the symbol of Christ.

But for some crazy reason, Jack did the unthinkable. He made a deal with the Devil. Before removing the crosses to free the Devil, Jack made Old Nick Himself promise not to touch his soul when he passed away.

Now Jack did not bother to mend his ways and live a good life. He believed he had secured his heavenly future since he need not worry about going to Hell.

Decades later, Jack passed to the other side and headed off to the gates of Heaven. Stingy Jack’s selfish and mean reputation preceded him. Saint Peter denied him entry to Heaven.

Stingy Jack headed toward Hell but being true to his promise, the Devil wouldn’t let Stingy Jack enter.

Jack was stranded between Heaven and Hell and in a very dark place. He asked the Devil for some light, and the Devil threw him a burning coal. Jack placed the coal inside a carved out turnip and has been roaming the highways and byways of Ireland, and even the world, ever since.

The Irish called this ghostly figure “Jack of the Lantern” or "Jack of the Turnip" which over the years has been shortened to “Jack O’Lantern.”

Perhaps, the O'Lantern name is a shout out to the Irish origins of this tradition, since so many Irish names begin with O'Something-or-other. 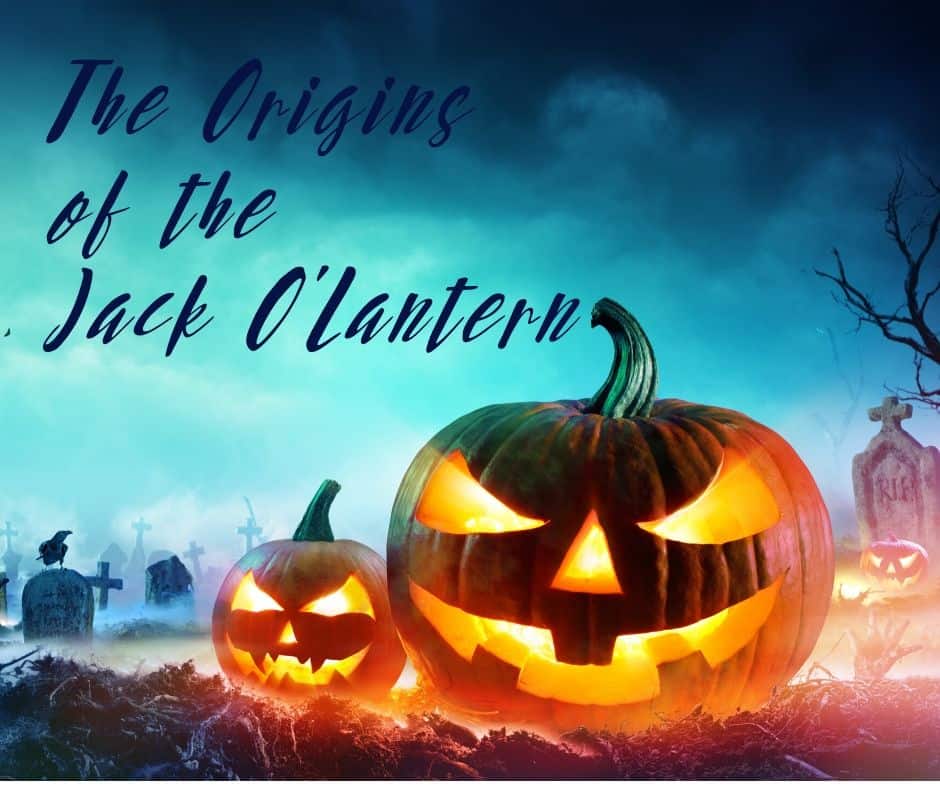 On All Hallow’s Eve Irish tradition was to light Jack O’Lanterns to keep Stingy Jack away. Turnips, rutabagas, beets and potatoes were hallowed out to hold burning embers and light up the night.

When Irish immigrants came to American shores throughout the 1800’s, they brought their jack o'lantern, rutabaga carving ways with them. Now rutabagas are not easy to carve. For anyone who likes to eat rutabaga as a side you know how difficult it is to peel and cut a rutabaga.

The Irish in America soon discovered the larger and and easier to carve pumpkin and got busy making their Jack O’Lanterns for Halloween.

This Irish tradition of carving pumpkins continues to this very day throughout the United States. 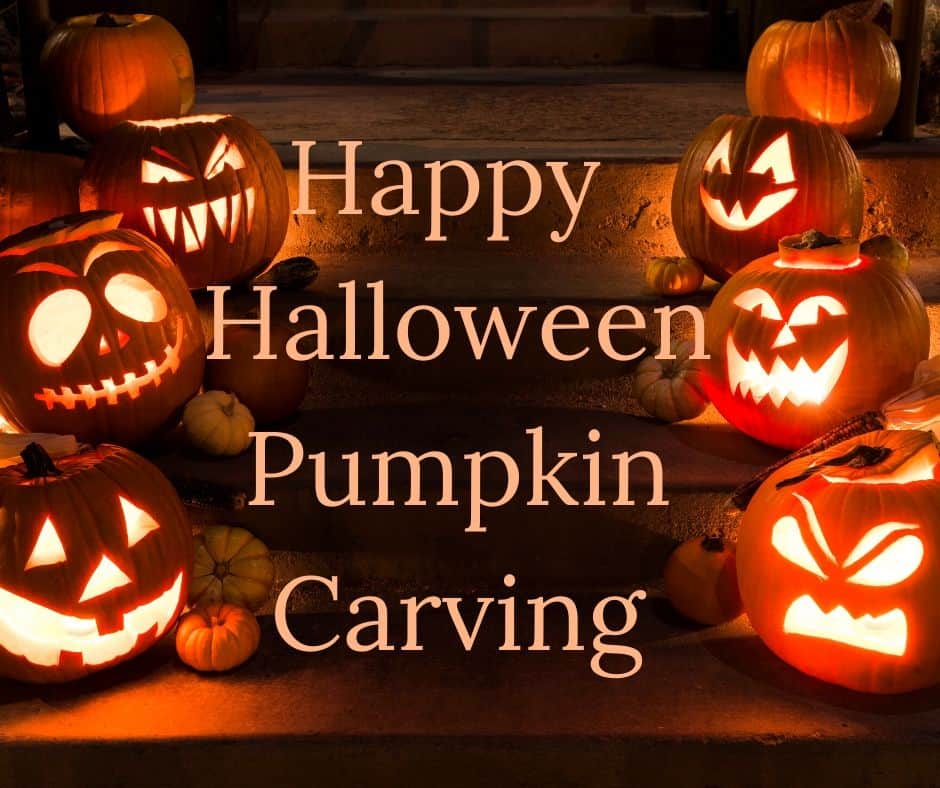 And so, as you carve your pumpkin this year, remember you are practicing a little bit of your Irish heritage.

Wishing everyone a very happy Halloween, and may all your jack o'lanterns shine brightly this All Hallow's Eve.