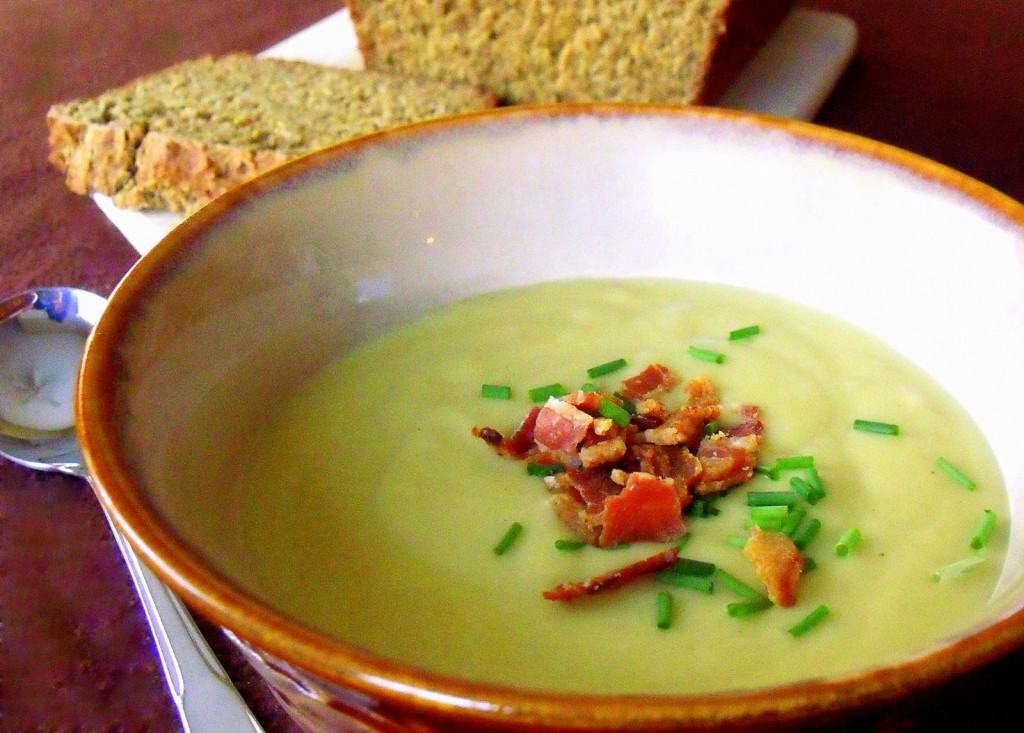 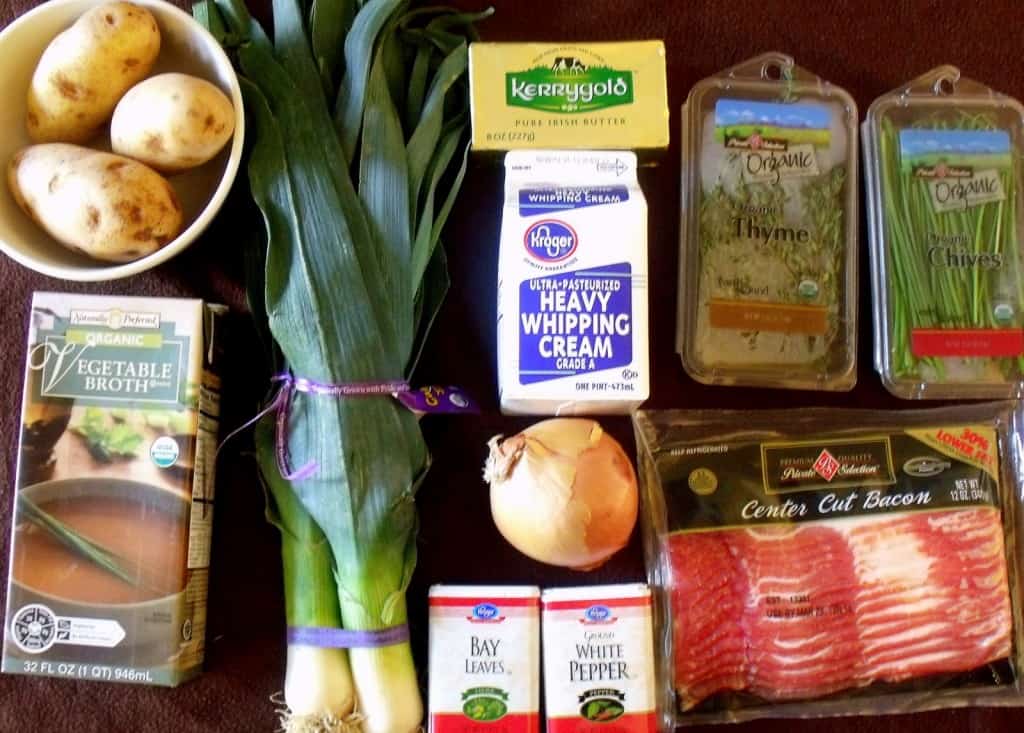 Ingredients For Potato And Leek Soup

I included bacon and chives in the ingredient picture above, but these are completely optional and used only for garnish. This soup can be vegetarian when vegetable stock is used. 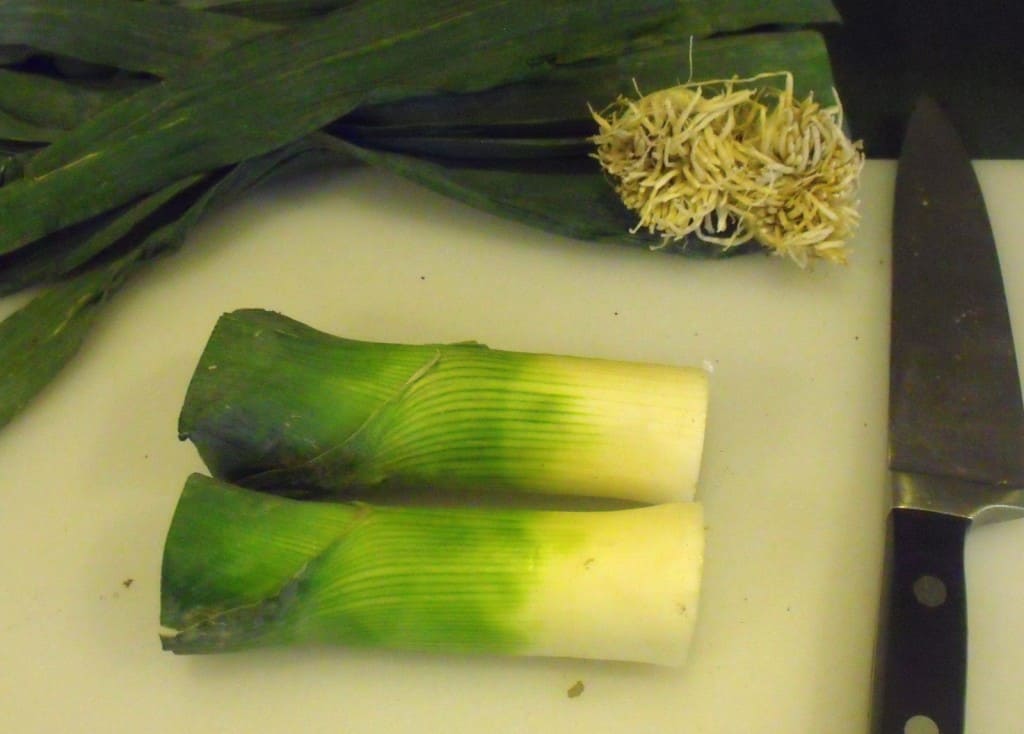 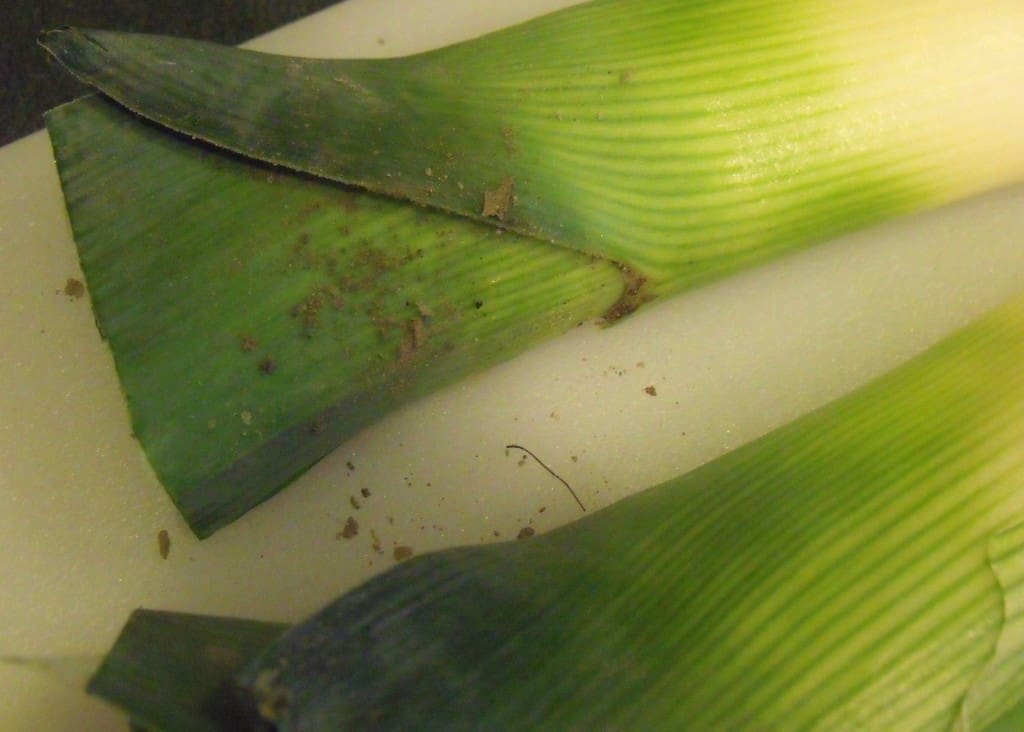 Look how much dirt was between the top two layers. 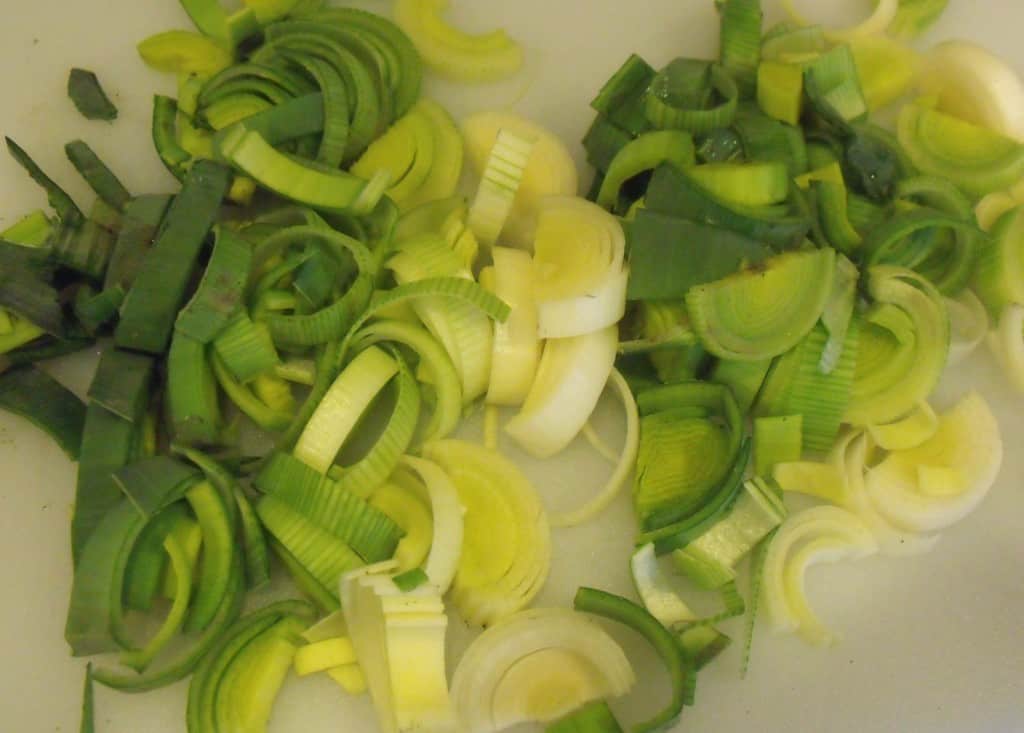 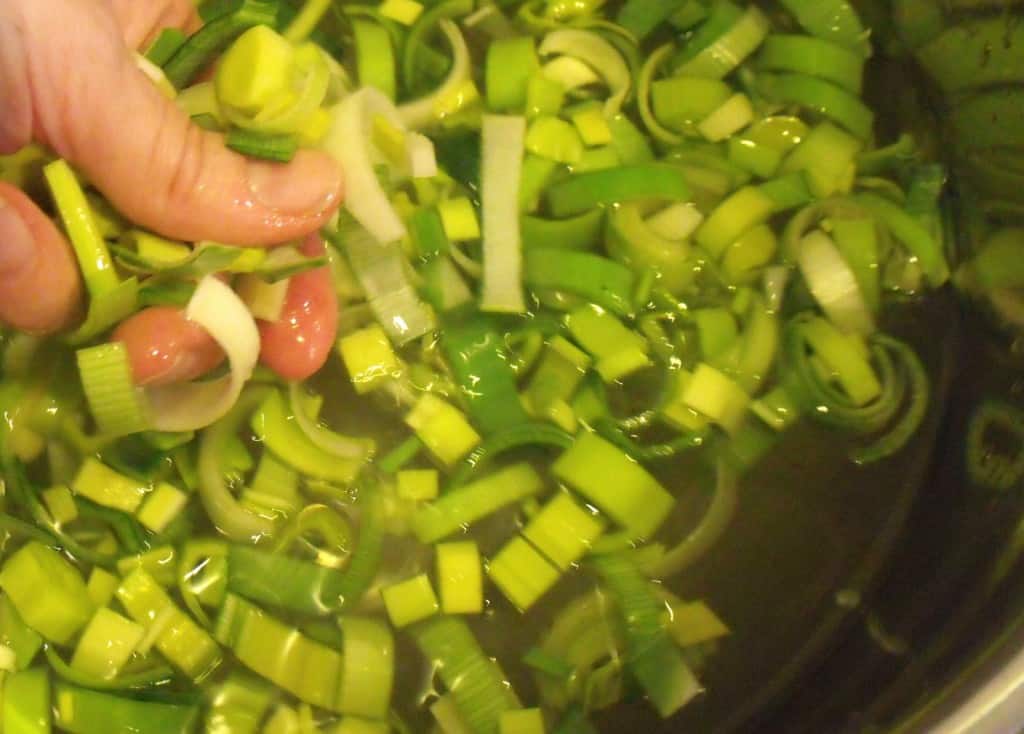 Fill a big bowl with water and toss in the leeks. Use your fingers to separate the layers of each leek slice.

To drain the leeks lift them into a colander with your fingers. Do not pour the leeks and water into the colander since the settled dirt at the bottom of the bowl will just pour right over and redirty the leeks. Run some clean water over the leeks in the colander to get rid of any dirt that might still be lingering. 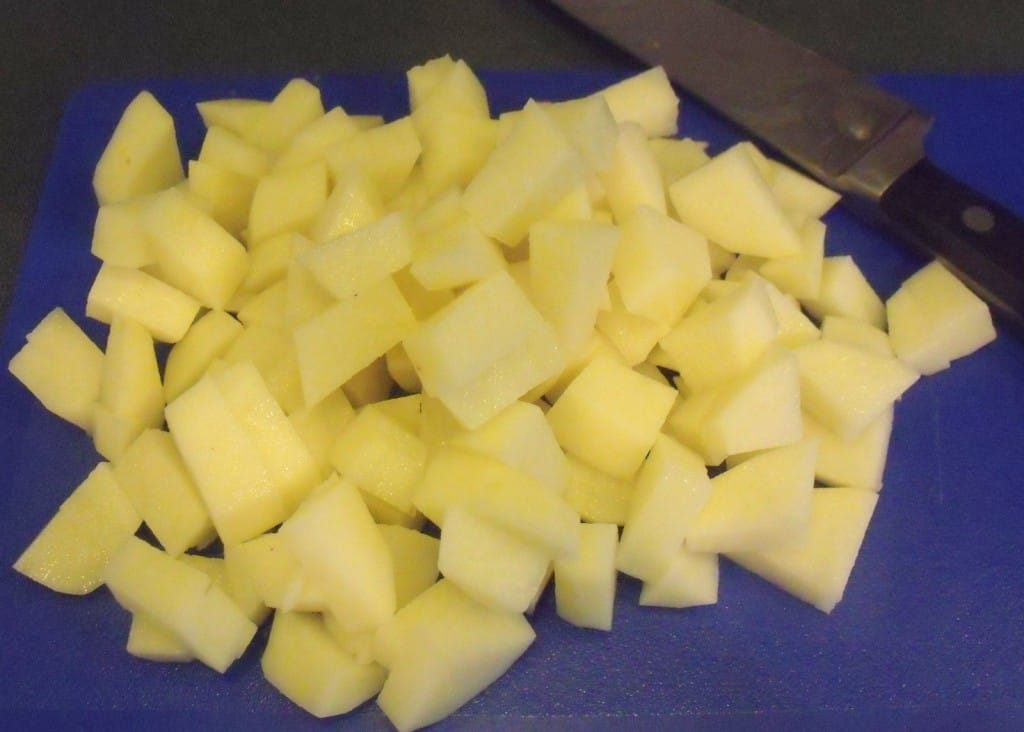 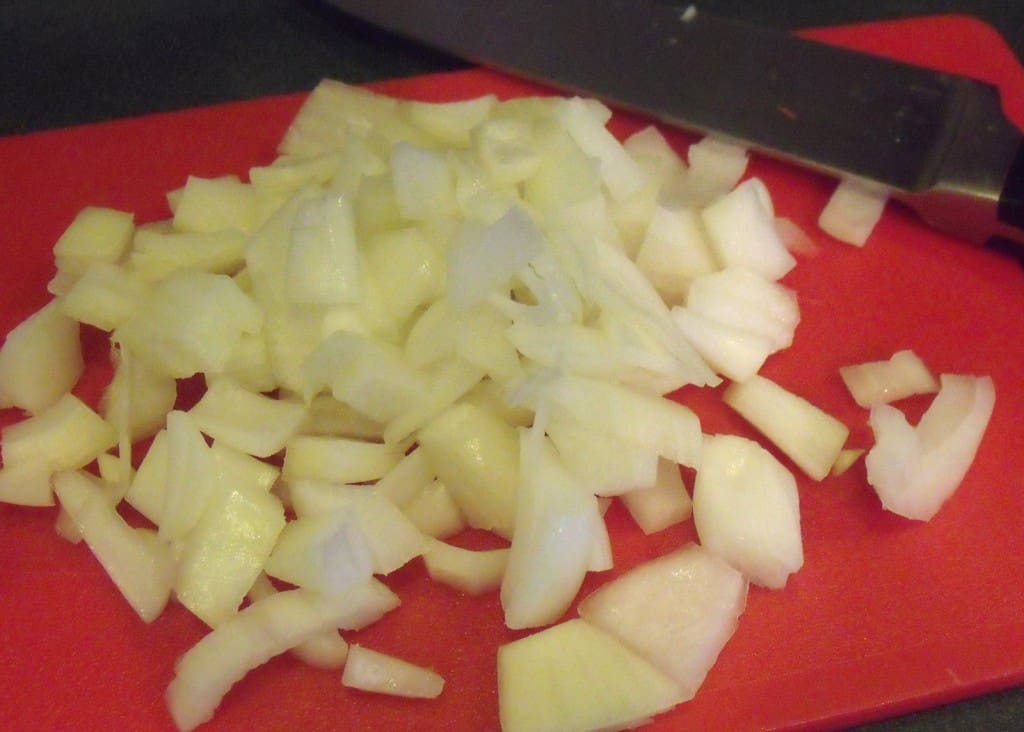 Don’t worry about getting the onion too small since the soup will be pureed after cooking. 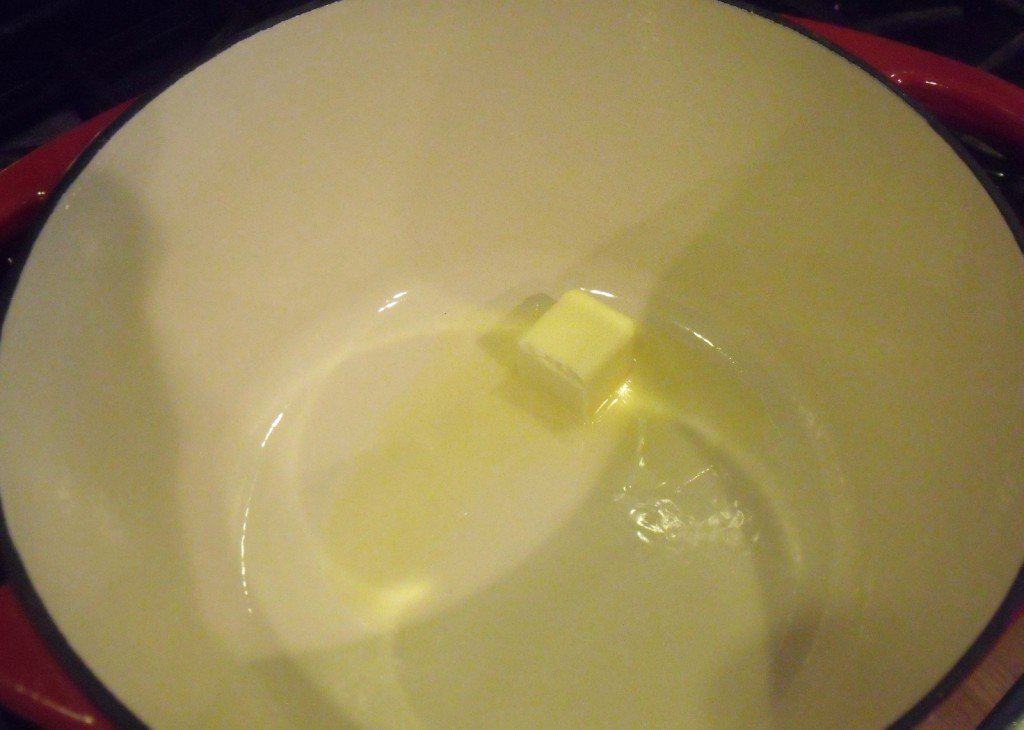 Now we are ready to cook. 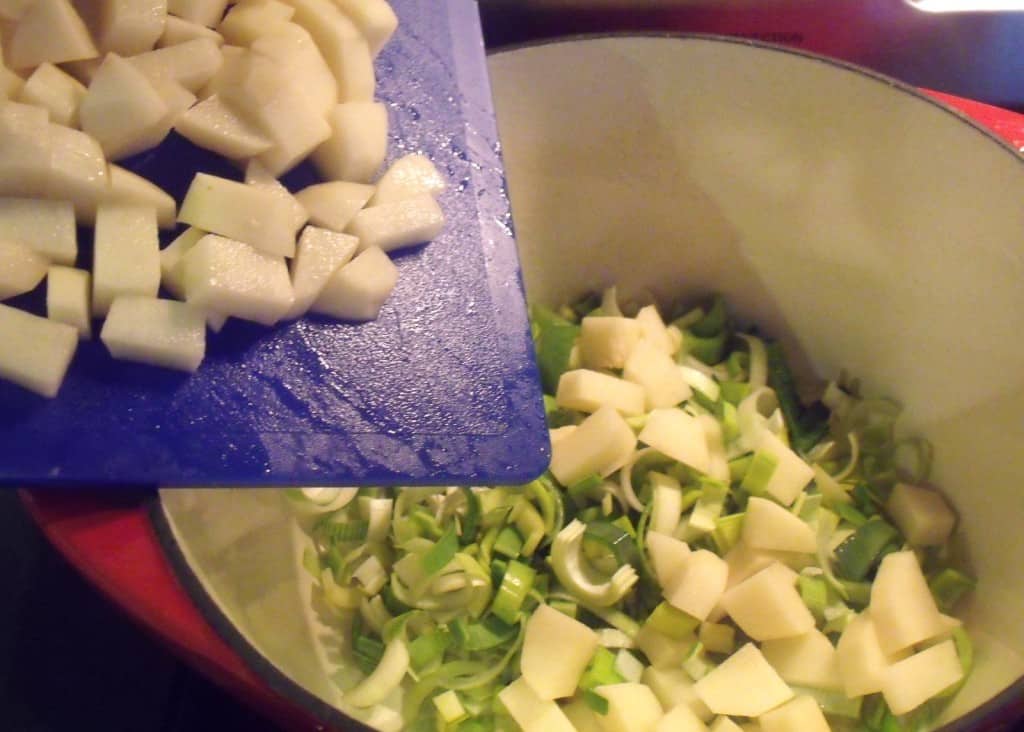 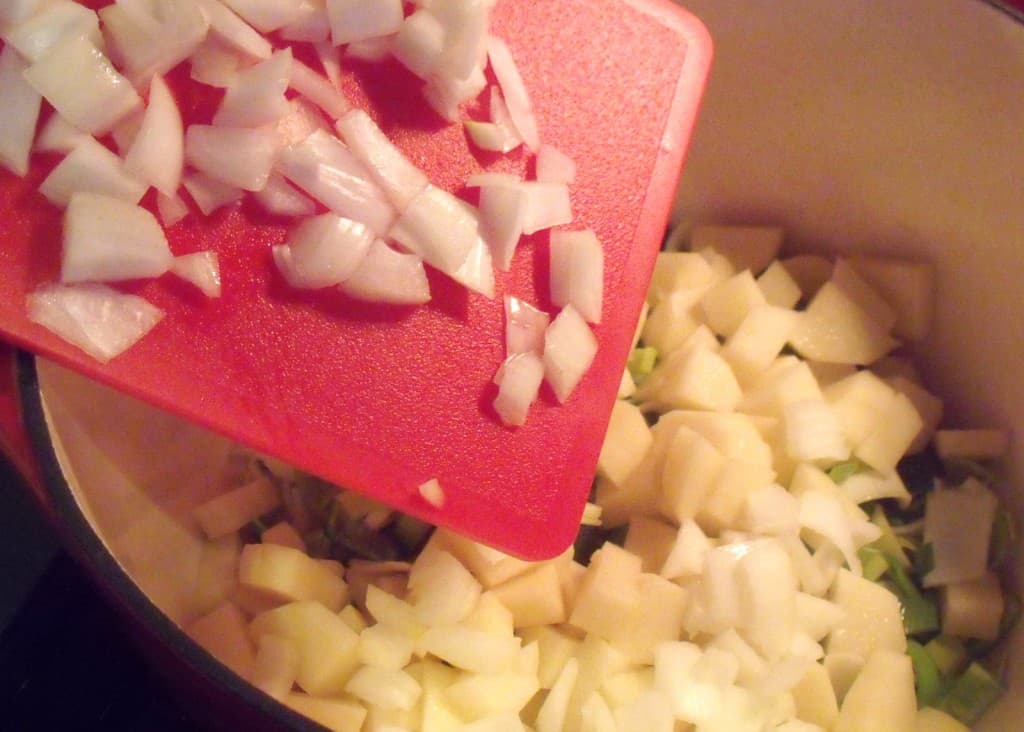 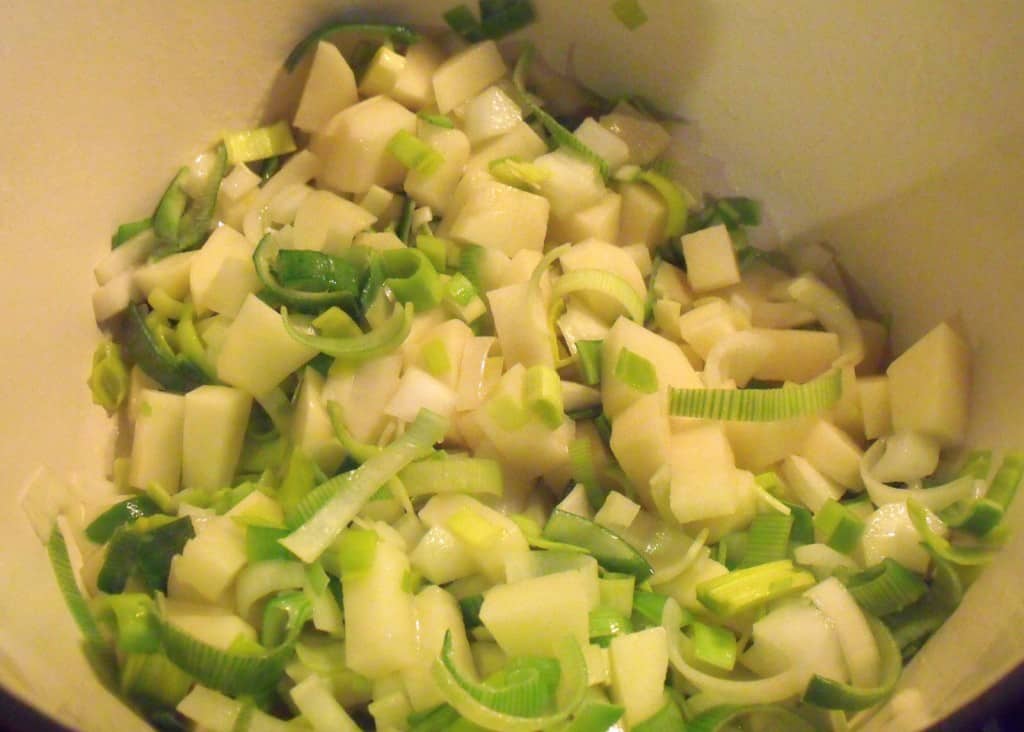 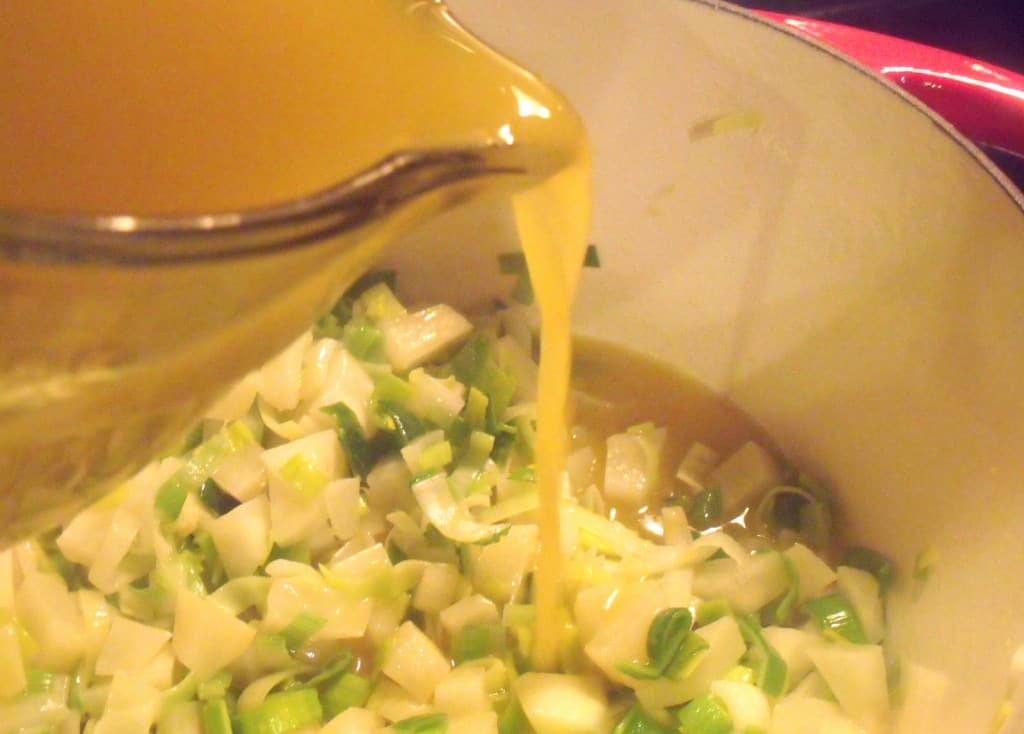 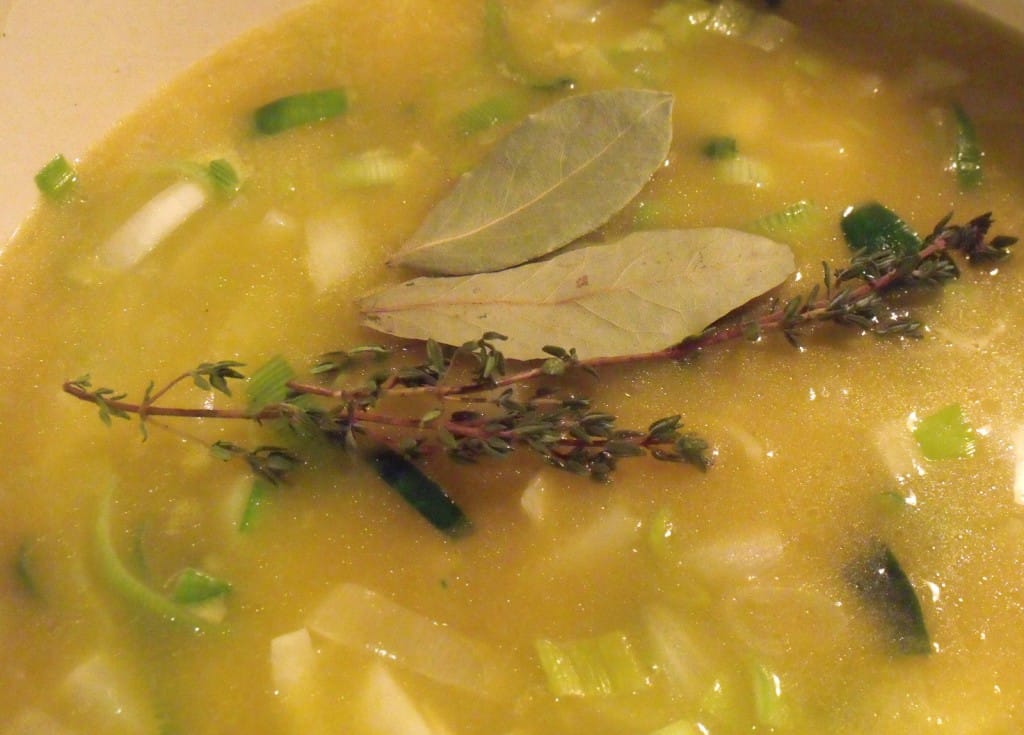 Next add a the bay leaves and thyme sprigs. 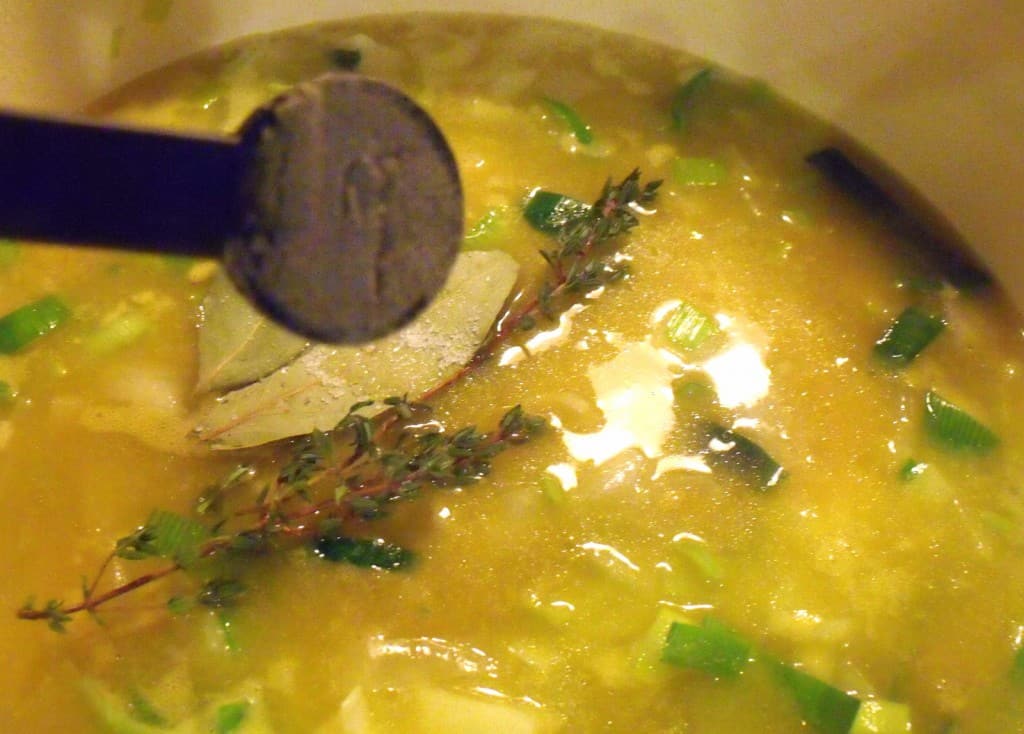 Turn up the heat to bring the soup to simmering point. Once it starts to bubble, turn the heat to low and let it cook for another 20 to 25 minutes. Once cooked, remove the thyme sprigs and bay leaves. 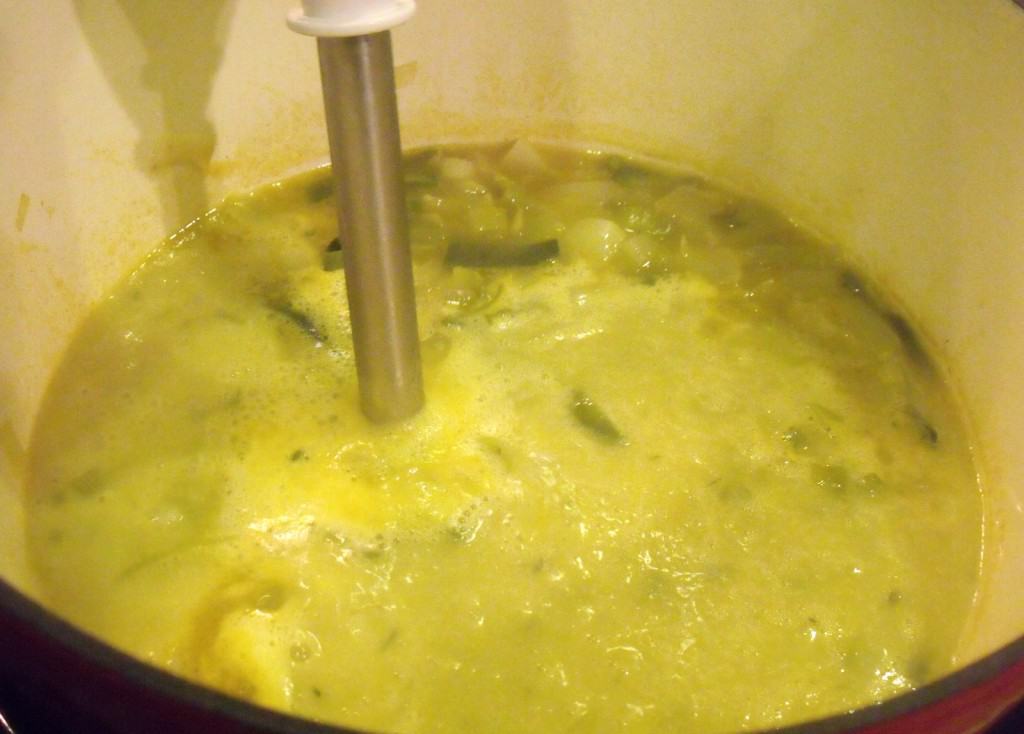 If you don’t have one of these the soup can be transferred in batches to a blender, then pureed. Return the soup to the pot once it is smooth. 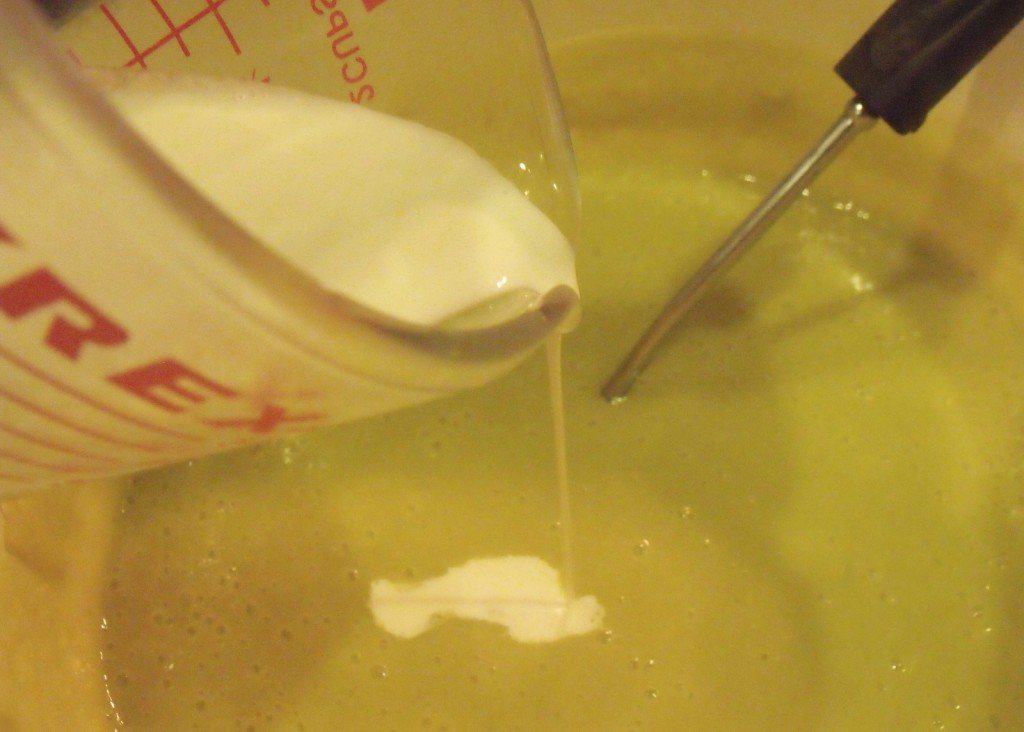 Add the heavy whipping cream and stir into the soup. I use a half cup, but if you really like creamy soup, use up to 1 cup of cream. 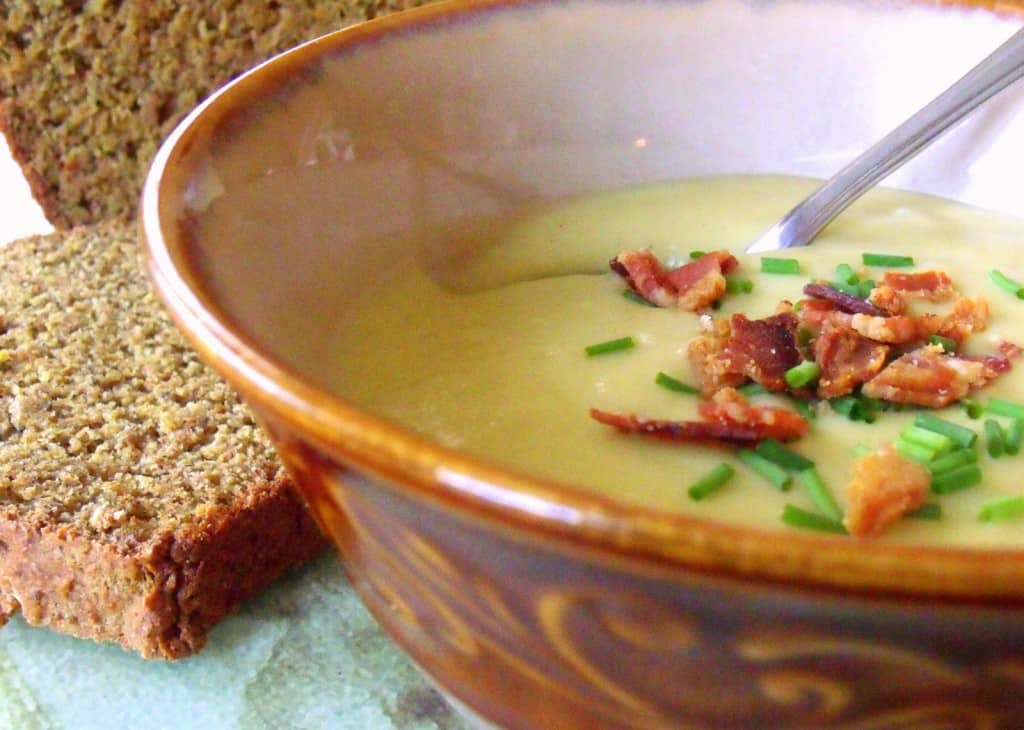 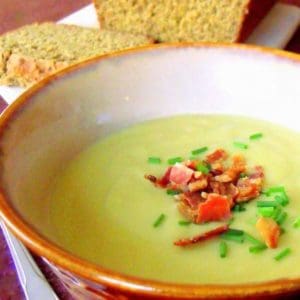 Wishing you all happy soup making days this fall. 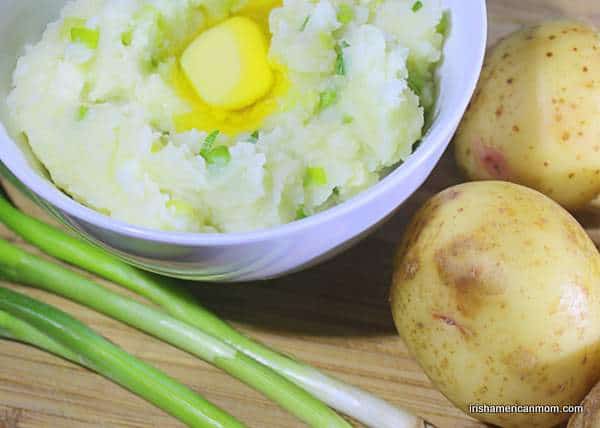 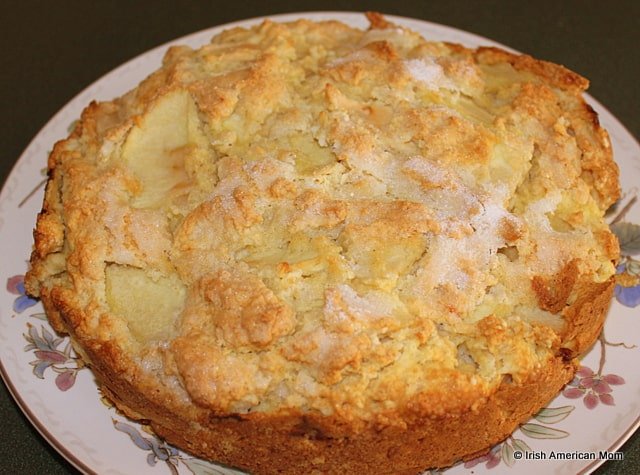 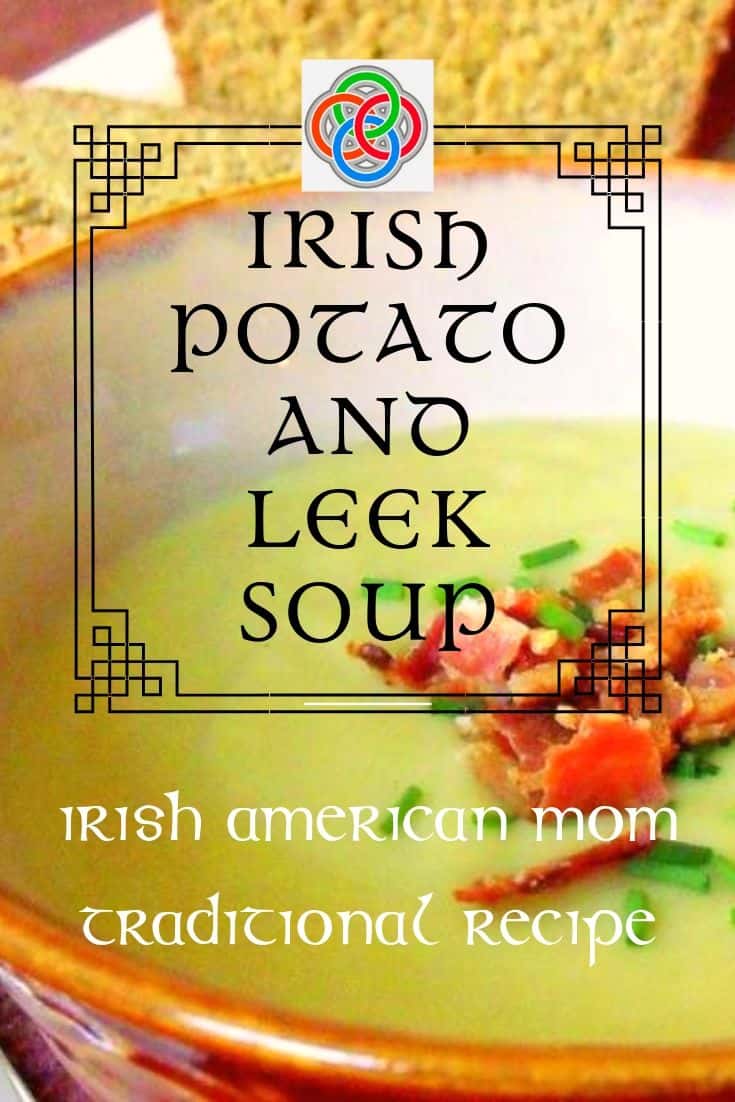 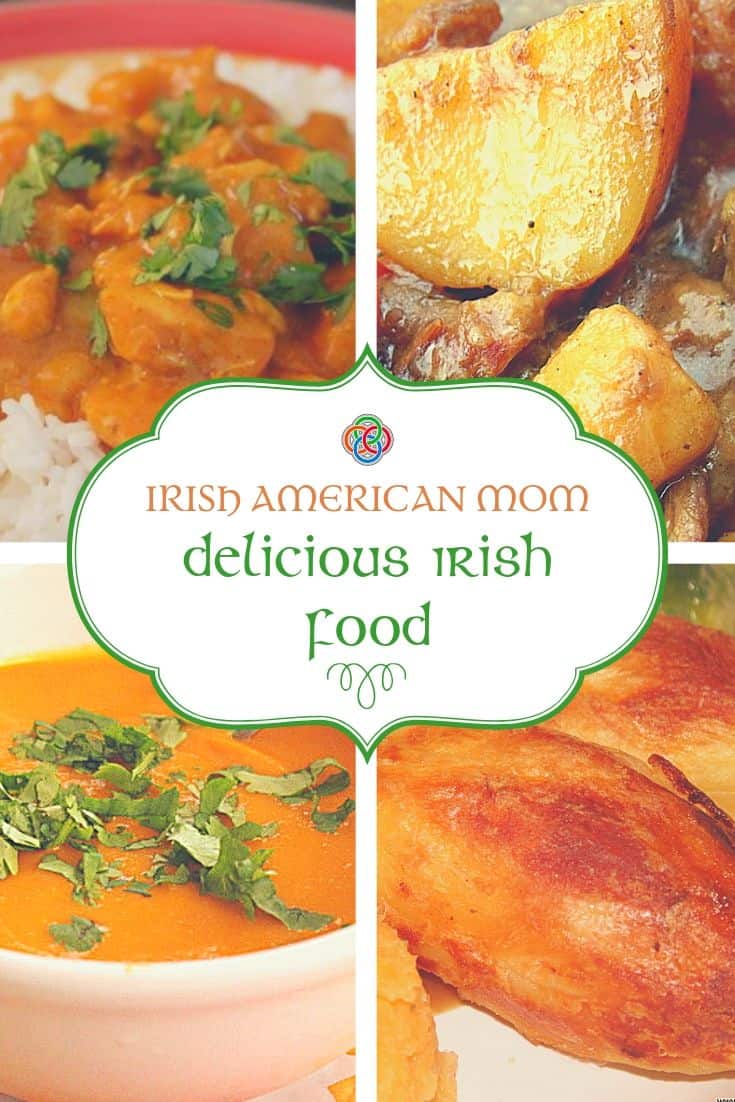 Previous Post: « Who Do You Think You Are – My Favorite TV Program
Next Post: County Carlow – The Dolmen County »