Rebel Sisters is a new book telling the stories of three sisters whose lives become irreversibly intertwined with the leaders of the Easter Rising and the events of Easter Week 1916.

Muriel Gifford falls deeply in love with writer Thomas MacDonagh. Her sister Grace, an artist, meets Joseph Mary Plunkett, and becomes inspired by his passion for Ireland’s freedom. Their sister Nellie joins the Citizen Army and bravely takes up arms. 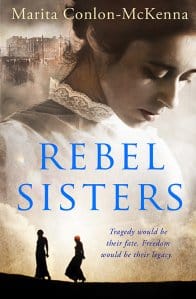 On Easter Monday 1916 the world of the Gifford sisters and everyone they hold dear is turned upside down, torn apart, and transformed by a fight the Irish rebels are destined to lose.

Today I’m delighted to host a giveaway for a copy of Marita Conlan McKenna’s new book Rebel Sisters. But before I share the details of how to enter, let me first hand you over to Marita who will introduce us to her writing and inspiration for this remarkable historical novel…..

The inspiration for Rebel Sisters came from visiting Kilmainham Jail in Dublin.

No matter the weather I always feel a strange chill standing in The Stone Breakers Yard, where the leaders of the ill- fated 1916 rebellion were shot by firing squad following the execution orders given by General Maxwell. 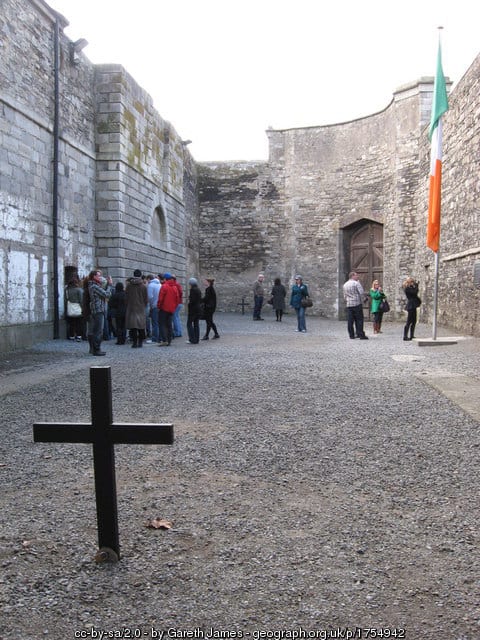 The Stonebreaker’s Yard in Kilmainham Gaol

I was constantly drawn to the story of Grace Gifford who had married Joseph Plunkett, one of the leaders of the 1916 Rising, in the prison chapel, only a few hours before he was shot.

Their tragic and romantic story somehow stayed with me and I was curious about how an artist like Grace found herself in such a place, on such a night, marrying the man she loved.

Researching Grace Gifford I discovered that not only was she a very talented and well- known artist but that she came from a large, wealthy, Protestant family, loyal to the British crown and Empire. Then I saw photographs of her sister, Muriel, who was married to Thomas MacDonagh.

Two striking, beautiful sisters married to two leaders of the Rebellion that had both signed the Irish Proclamation, two best friends, executed within a day of each other… I could not believe it. ….Then I realized that their sister Nellie was a member of The Irish Citizen Army, and had fought alongside Countess Markievicz in The College of Surgeons during the Rebellion.

Three sisters all caught up so closely in one of the biggest events in Irish history – the Gifford family torn apart -this was certainly a story for the telling. 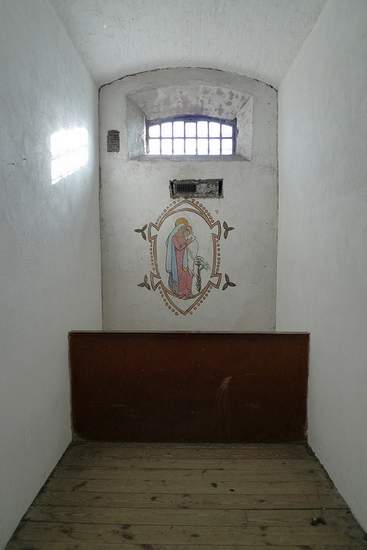 Grace Gifford’s Artwork on the wall of her cell in Kilmainham Gaol.

Mad with curiosity I set about finding out more about these three young women who were prepared to get involved with all the issues of the time; whether it was protesting against King George V’s visit to Ireland, helping to feed the starving strikers during the 1913 Lockout or trying to stop young Irish men being conscripted into the British army.

I love history and have written a number of historical novels but had never imagined that I could find the right way to tell the big story of 1916.

Could I write it from the perspective of the women of 1916? Suddenly, I knew I had found a way – for Muriel, Grace, and Nellie were three incredible young women at the very heart of the 1916 rising.

So my new book Rebel Sisters tells their story. As war erupts across Europe, the Gifford sisters, Grace, Muriel and Nellie find themselves not only caught up in Ireland’s struggle for freedom, but in all the excitement, mayhem, bravery and tragedy of the 1916 Rebellion.

I was very privileged to be able to write about them.

For Irish people, commemorating the Centenary of the 1916 Rising in 2016 is special, as we remember the small band of Rebels, that despite the odds, took on the might of the British army and proclaimed The Irish Republic. These were the first steps that led to Irish independence after centuries of British rule.

There are all sorts of celebrations with formal ceremonies that involve relatives of those who fought in 1916 as well as concerts, exhibitions, family fun days, lectures, and a host of 1916 related activities in Ireland and overseas.

Marita Conlon-McKenna is an award winning Irish writer of adult and children’s fiction. Her books are enjoyed by readers across the world. 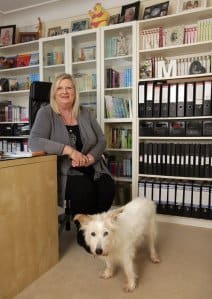 Marita grew up in Greystones, County Wicklow, with much of her childhood spent in a house overlooking the sea. Passionate about Irish history Marita’s first book Under the Hawthorn Tree was inspired by the discovery of a famine grave with the skeletons of three children buried under a hawthorn tree.

One lucky reader will receive a copy of Rebel Sisters by Marita Conlon McKenna.

Any comment will do. What you write does not affect your chance of winning, but if you need inspiration for your entry why not tell us if you are interested in Irish history and historical novels.

Winners will be announced on Sunday March 20th, 2016, at the bottom of this blog post.

A big thank you to Transworld/Random House for sponsoring this prize. And thanks to everyone who supports this little giveaway. Best of luck to all the entrants.

And a big thank you to Marita for introducing us to her writing. Wishing her every success with this wonderful book.