×
Home » Lessons for Tourists » Land and Culture » The Rock of Dunamase 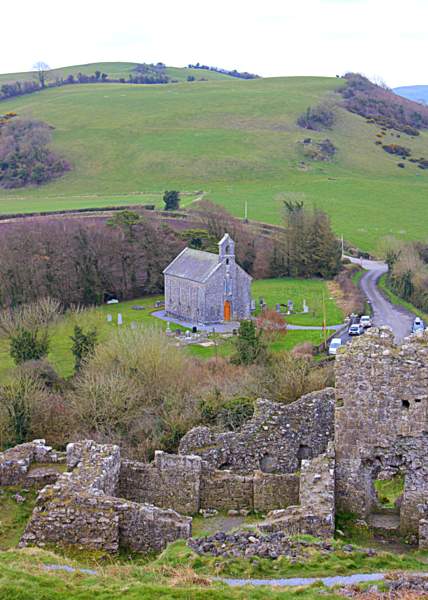 Today’s post is a tour of this old Irish fort. 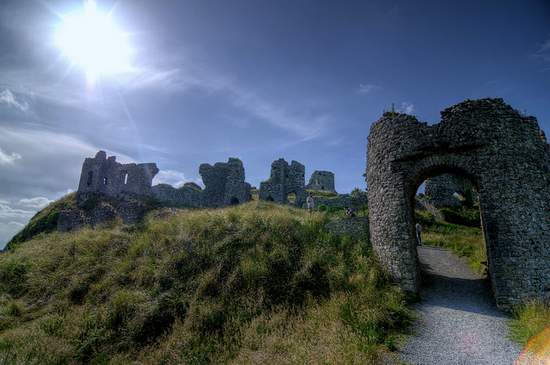 Photos and videos are nice to watch but you can’t beat the feel of the Irish wind whipping across your face as you climb to new heights and explore Ireland’s hidden treasures. 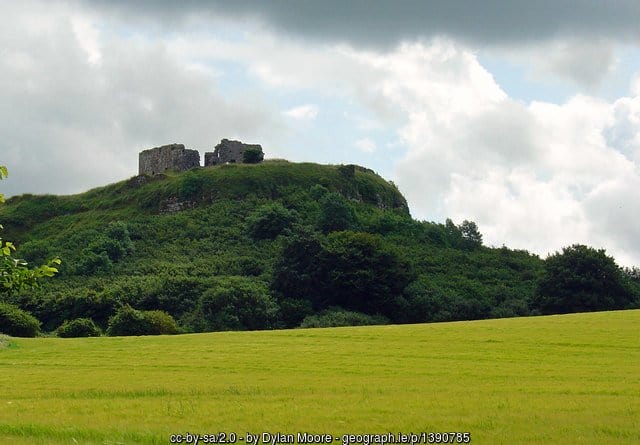 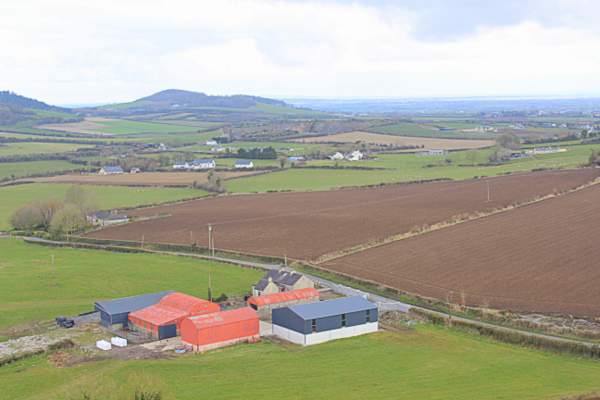 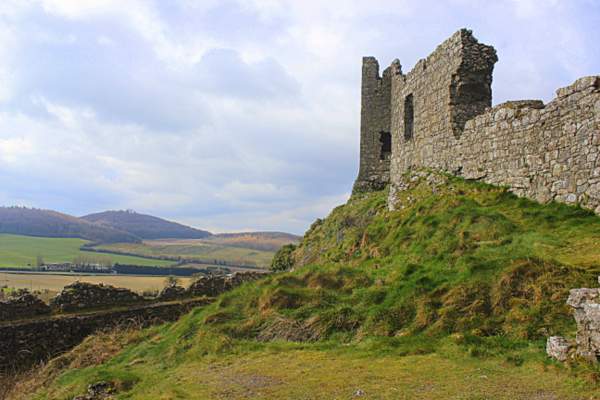 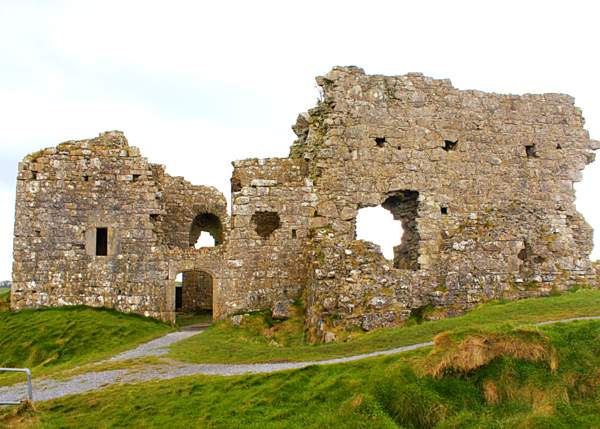 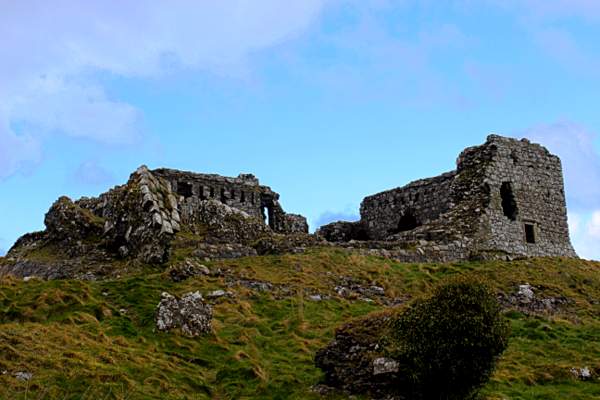 Before the arrival of St. Patrick in 432 AD this rocky settlement and the surrounding lands were owned by the O’Moore clan. 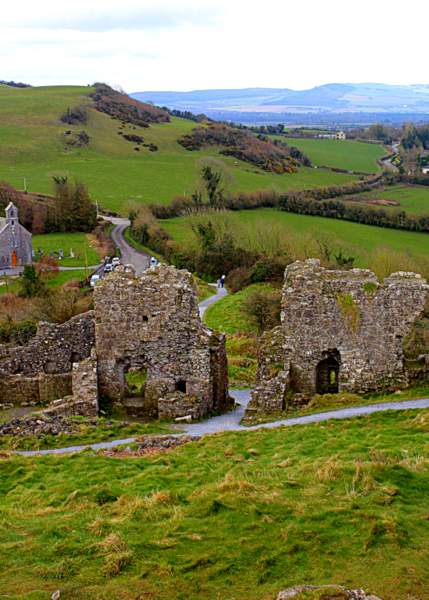 Ptolemy, a Greek cartographer, is said to have marked Dunamase in a map he created in 142 AD. He referred to the place as “Dunum.” 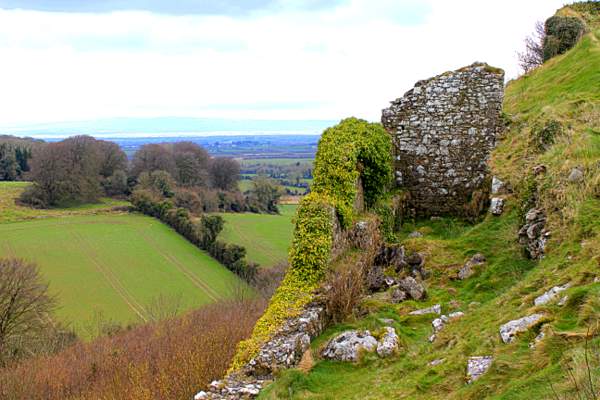 I like this little nugget of information so I’m willing to believe Dunum referred to Dunamase even if archaeologist might not agree.

Hey, it’s all Greek to me anyways, so I’m going to accept the ancient Greeks knew of this magnificent Irish settlement. 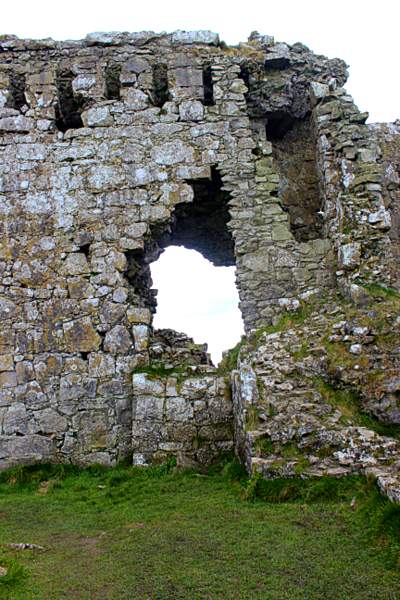 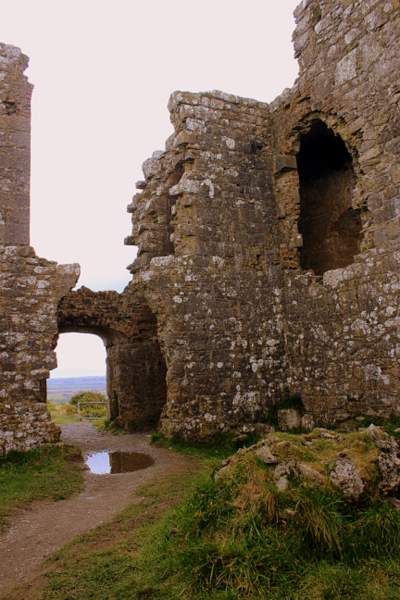 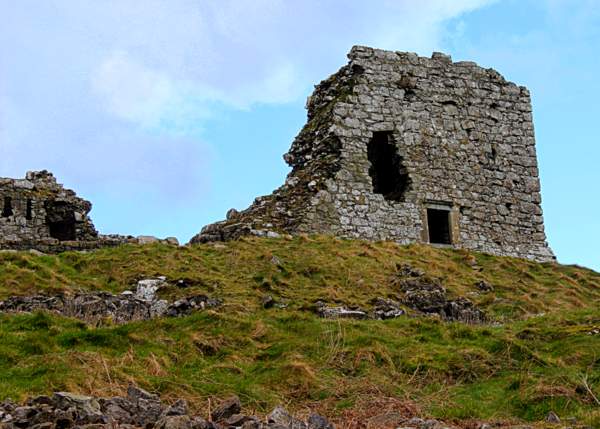 The castle’s history is also linked to the Norman Invasion of Ireland. 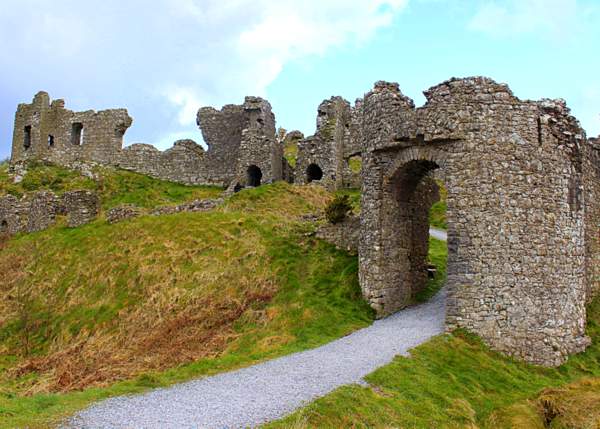 Dermot’s daughter Aoife married Strongbow, the Norman knight Dermot invited from Wales to Ireland to help conquer Leinster. And conquer they did.

Aoife deClare (that’s Strongbow’s last name) and her husband ruled much of Leinster after Dermot’s death. 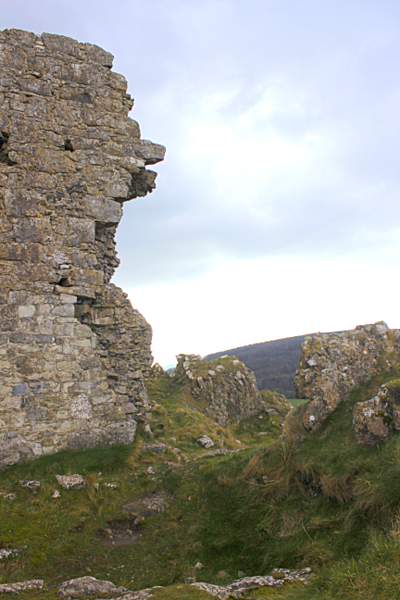 Aoife and Strongbow’s daughter, Isabel married another Norman knight named William Marshal, and they in turn took over the MacMurrough holdings in Ireland. 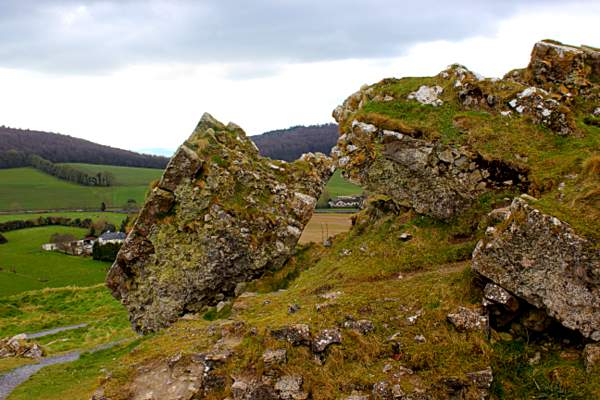 The O’Moore’s reclaimed the castle sometime between the 14th and 15th century and rebuilt it. 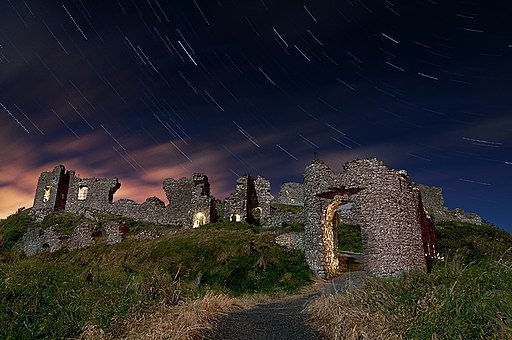 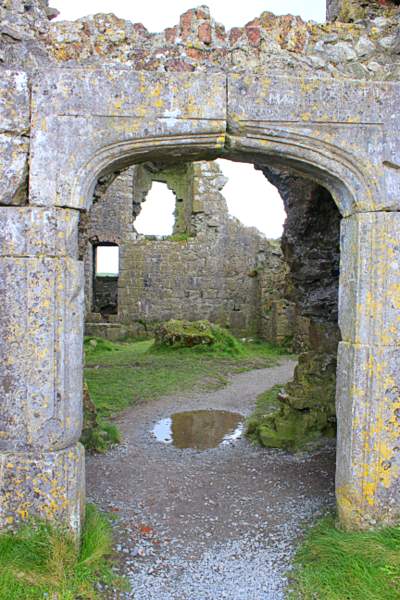 There’s treasure reputed to have been buried beneath the Rock of Dunamase. But don’t bother trying to find it. A huge faerie mastiff, called Bandog, guards the hidden loot. 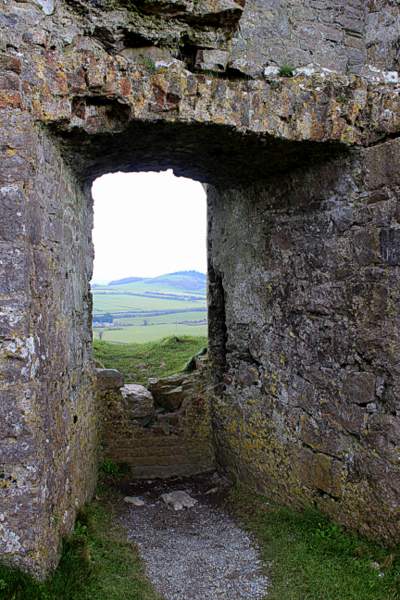 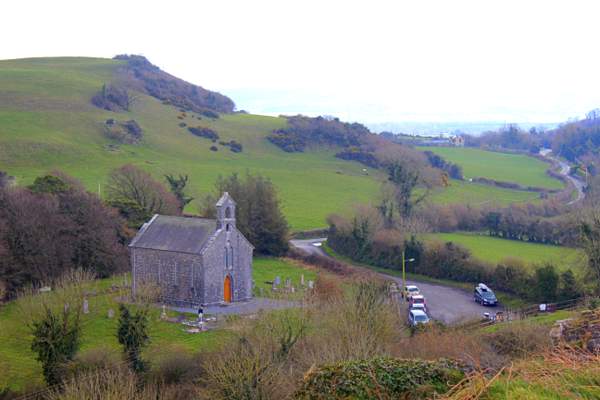 The church near the castle and beside the parking lot is called Holy Trinity church and is still in use today. Built in the 1860’s you’ll find interesting headstones beside it, if like me, you are interested in wandering through graveyards.

Dunamase may be off the beaten track for many tourists, but it’s easy to get there from the M7 motorway.

This national monument is in state care, but there are no facilities or stores at the site. However, there’s a nice parking area beside the church, so you don’t have to abandon your car on the side of a narrow country lane.

There’s a little climbing involved, and for those with impaired mobility, accessibility is poor. 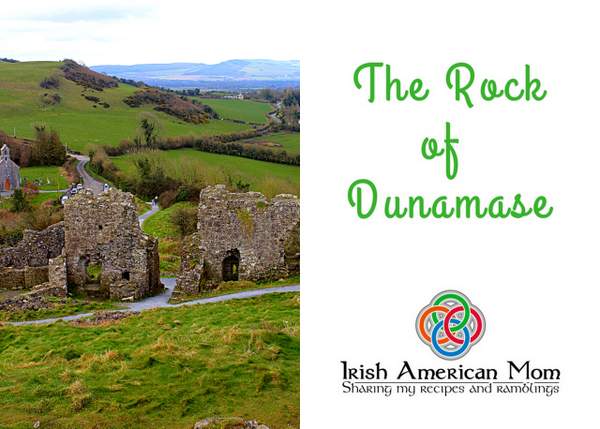 You can check out more of the things to do in this area in my post on County Laois – The Land of the Cow.

Share my recipes and ramblings with the world
4  84
88
Shares
88
Shares
4 84
« Claddagh Cross Pendant Giveaway For Easter
You would have the potatoes washed, boiled and eaten… »