×
Home » Cooking » A Taste of Ireland » What Is A Floury Potato?

And so, today I plan to answer the all important question.... 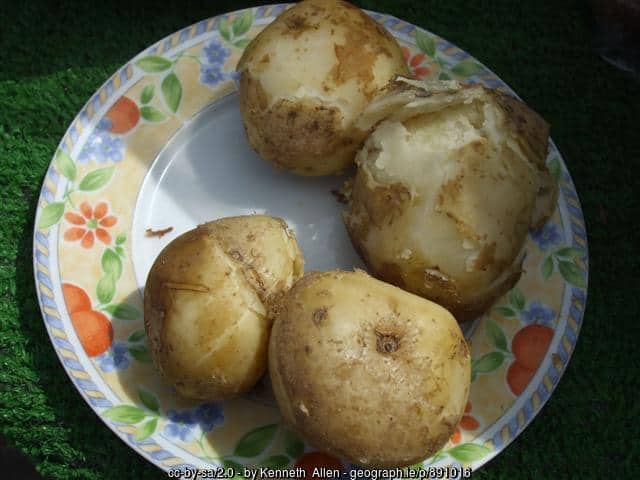 Side plates are usually included in place settings when potatoes in their jackets are served. There's a skill to skinning a spud.

You first stab it with a fork, but not too deeply or you'll rupture it. Next, lift it above your side plate, then start to peel with a knife. Bursting, floury potatoes are so easy to start the peeling process, since they already split their skins. But please be gentle as you peel. It's very easy to crumble a dry, floury spud.

Now let me clarify potato jackets with a little side note. A potato in its jacket means it's boiled with the skin on, but if you're offered a jacket potato, then that refers to a baked potato served in its skin. Just a little nuance of speech when conversing in Irish potatoeeze, or that may even be Cork potatoeeze. 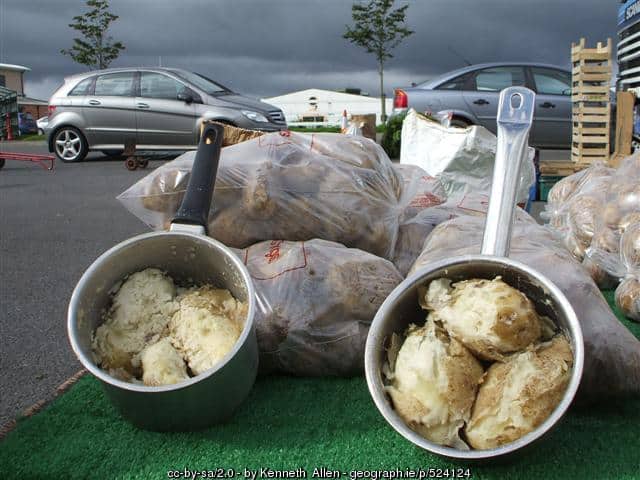 This potato seller is very proud of his spuds. These are what we lovingly call "big balls of flour" in Ireland.  To prove his claim of floury potatoes, this vendor boils a couple of pots of spuds each morning, then puts them on display for potato shoppers to see. 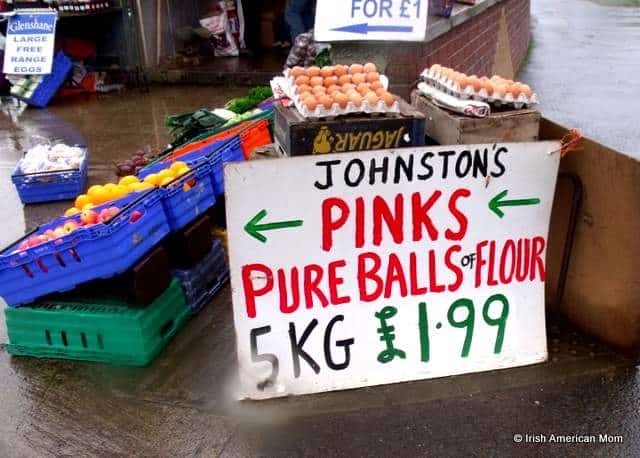 But trust me, I was sorely disappointed by the limited variety of spuds in America. Here's a little sampling of what's on offer in Ireland. 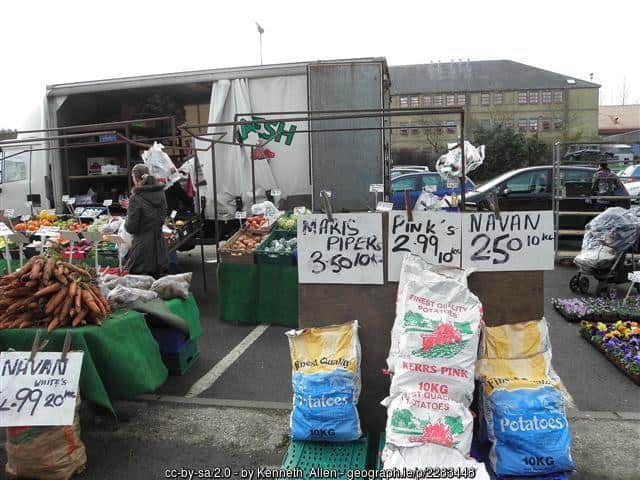 Roosters are a favorite potato in Ireland, but a relatively new variety. I don't remember too many roosters in my Irish childhood, but nowadays Irish grocery stores stock plenty of roosters.

They're oval in shape with red skin, and their flesh is yellow and floury. Irish cooks like this all round variety, especially since they don't discolor easily during cooking.

They also have deep eyes, which are the little black spots found on a potato's skin. Their flesh is white and floury. They are good for making mash and chips, but I don't like them for roasting or baking.

Their flesh is white and floury, and their skins burst open when boiled. I love to boil Queens in their jackets - the best way to cook them by far. 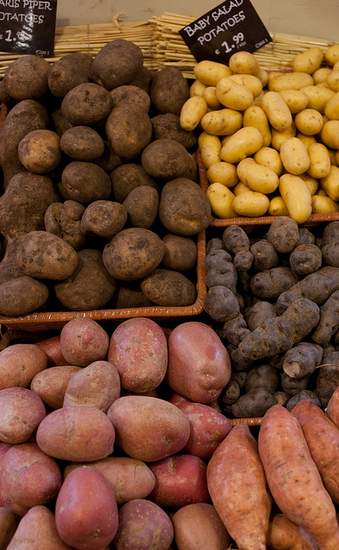 Maris Piper potatoes have a distinctive oval shape with pale yellow skin. You'll find a few eyes on the surface, but they're very shallow.

They have a creamy colored flesh, and are waxier or soapier than the other varieties. They're my favorite potato for roasting. Their skins don't tend to burst open as much as other varieties when boiled. 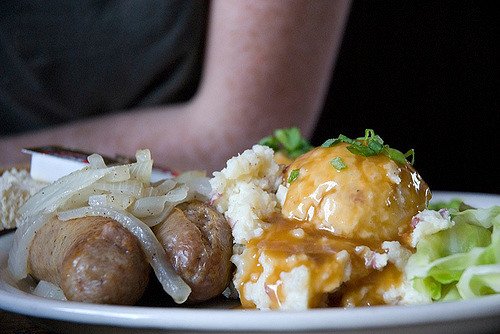 And there you have it - my little round up of Irish potatoes, with particular emphasis on the floury variety.

A good spud makes a dinner! Well, that's what we believe in Ireland anyway.