Wishing all mothers of the world a very happy Mother's Day.

This holiday may be celebrated on different days throughout the world. In America it is celebrated on the second Sunday of May, but in Ireland and the United Kingdom it's celebrated during the season of Lent.

In this post we'll take a look at some old Irish sayings that honor our mothers with sincerest sentiments of love and gratitude. 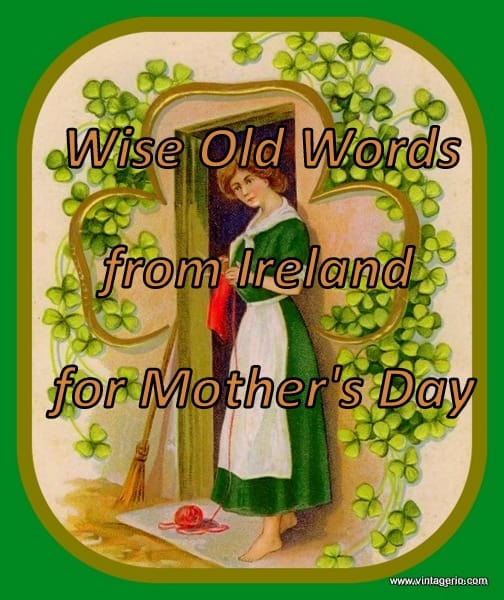 History of Mothering Sunday in Ireland

Mothering Sunday is the precursor to Mother's Day in Ireland. It began as a religious event of the 16th Century, and had no connection to mothers at all.

When using the word "mothering," the faithful were referring to the "mother church", which is to say the main church or cathedral of the region.

A tradition developed that, on the fourth Sunday of Lent, people would return to their mother church for a special service.

This pilgrimage was apparently known as "going a-mothering",  in the United Kingdom. Domestic servants were given the day off to visit their own families, and their mother church. Mother's Day on the British Isles grew from this tradition.

In America the holiday was  invented by a woman called Anna Jarvis in 1908.

Her initial inspiration was a desire to honor her own mother, who had been a militant peace activist during the US Civil War. In 1914, President Woodrow Wilson officially recognized the second Sunday in May as the day to honor American mothers.

To mark and celebrate Mother's Day, no matter which date you celebrate, I thought I might share some Irish wisdom on motherhood and some Irish blessings for Mother's Day.

Our mothers are precious gifts from God. So together let's celebrate their selfless, unconditional love.

Some of these quotes are nostalgic and sentimental in the style of years gone by.

One is written for mothers-to-be.

I hope you enjoy these quotations and Irish blessings as much as I enjoyed gathering them. 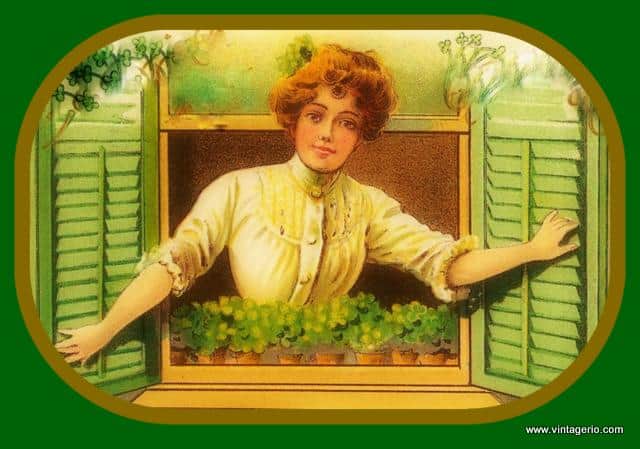 "This heart, my own dear mother, bends,

With love's true instinct, back to thee!"

"All women become like their mothers. That is their tragedy.

~ Oscar Wilde, The Importance of Being Earnest, 1895

"A man loves his sweetheart the most,

His wife the best,

And his mother the longest." 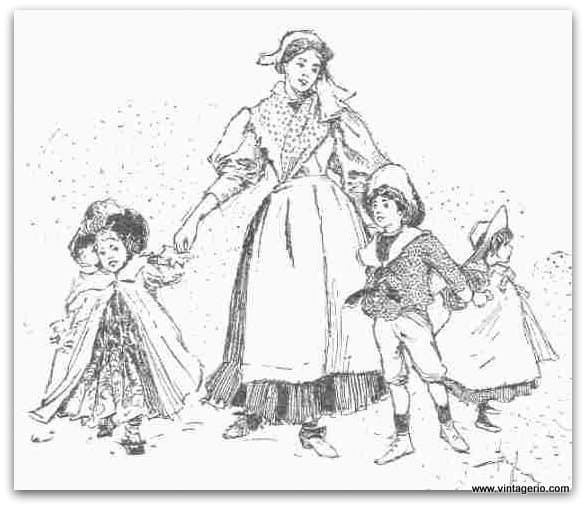 "A mother holds her children's hands for a little while,

But their hearts forever."

"Tis the month of Mary,

Blessed Queen of the May,

Mother of God we pray you,

Bless and protect all mothers,

On this their special day."

"May embers from the hearth warm your hands,

May sunshine from an Irish sky warm your face,

May a child's bright smile warm your heart,

And may everlasting love warm your soul." 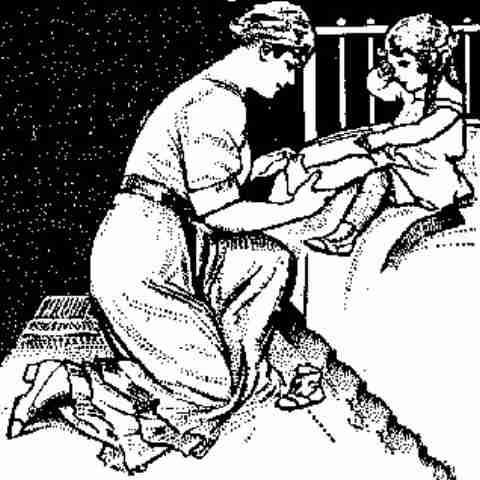 "There is but one and only one,

Whose love will fail you never.

One who lives from sun to sun,

There is but one and only one.

In heaven a noble work was done,

When God gave us a Mother."

"Mothers all want their sons to grow up to be president, but

they don't want them to become politicians in the process."

"Whatever else is unsure in this stinking dunghill of a world,

a mother's love is not." 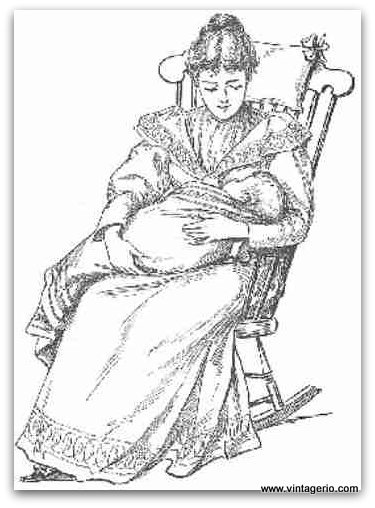 "May the emerging spirit of your child

From the continuous music of your heart,

So that it can grow with ease,

Expectant of wonder and welcome

When its form is fully filled.....

And it takes its journey out

To see you and settle at last

Relieved, and glad in your arms."

~ John O'Donohue - To Bless The Space Between Us

"A mother's love's a blessing,

No matter where you roam.

Keep her while she's living,

You'll miss her when she's gone.

Love her as in childhood,

Though feeble old and grey,

Till she's buried beneath the clay."

~ Thomas P. Keenan from the song  A Mother's Love's A Blessing. 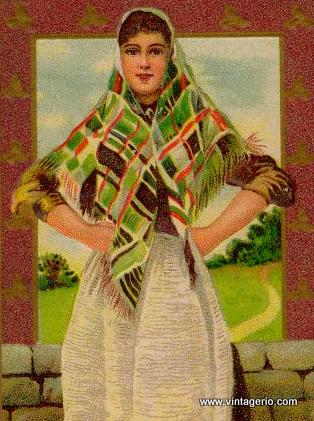 " "All that praying you made us do," complained Maggie.

"And making us go to Mass. And starving us on Good Friday...

And making us feel ashamed of our bodies

and guilty about absolutely everything.

Nuala glowed with pride, truly she had been the best of Catholic mothers."

Excerpt from Late Opening At The Last Chance Saloon.

"I do not think of you lying in the wet clay

of a Monaghan graveyard; I see

you walking down a lane among the poplars

on your way to the station, or happily

going to second Mass on a summer Sunday--

you meet me and you say:

"Don't forget about the cattle--"

among your earthiest words the angels stray....."

Excerpt from his poem In Memory Of My Mother. 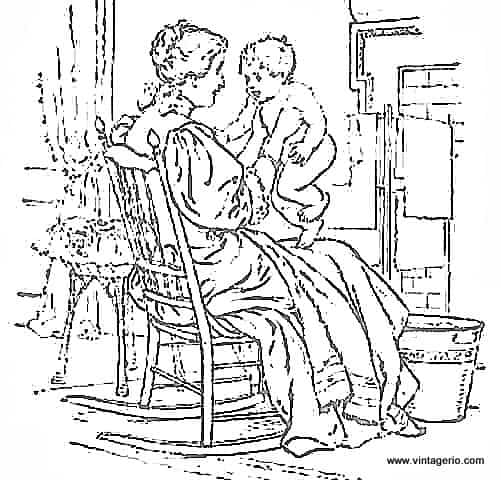 "God made a wonderful mother,

A mother who never grows old:

He made her smile of the sunshine,

And he moulded her heart of gold;

In her eyes He placed bright shining stars,

In her cheeks fair roses you see;

God made a wonderful mother,

And He gave that dear mother to me."

Excerpt from his poem Wonderful Mother 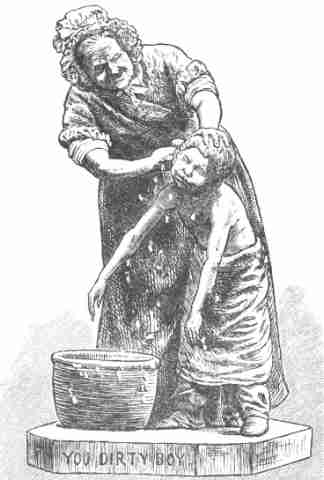 Clean Behind Your Ears

This next one I had tagged as an old Irish proverb, but it is actually a quote from Rudyard Kipling. It may not be originally an Irish saying, but the sentiments are so beautiful I think we'll keep it right here.

"God could not be everywhere,

So He invented mothers."

"There is but one and only one

In Heaven a noble work was done

When God gave man a Mother."

"A Mother is one

who can take the place of all others

but whose place no one else can take."

Wishing everyone a very happy Mother's Day, filled with love and happiness as we celebrate our mothers' unconditional love. 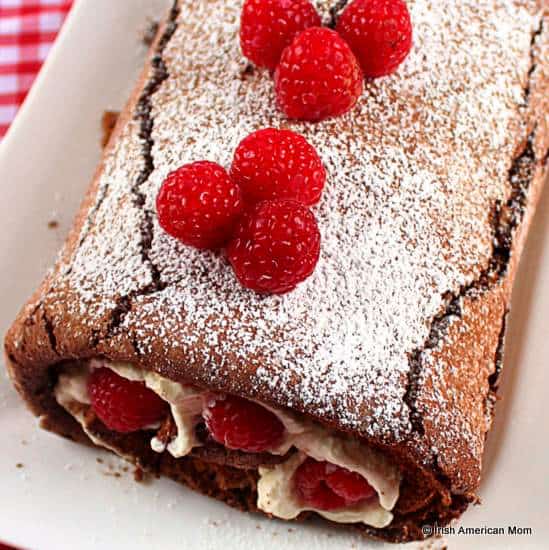 The Mother By Patrick Pearse

Tribute To An Irish American Mother