Today being the day after St. Patrick’s Day, I can safely say there are many Irish people, or people who thought they were Irish yesterday, who are awakening with an almighty headache.

Our Irish ancestors, whose affinity for a wee drop is world renowned, were also keenly aware of the dangers of the demon drink, and the adverse affects that must be endured after a night of excessive imbibing. 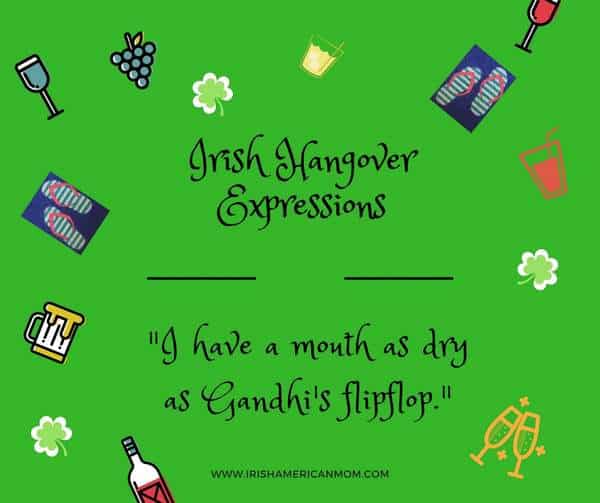 And so, as many may be suffering today, I thought it would be the perfect time to share some old Irish sayings warning us to tipple in moderation, together with some more modern Irish expressions used to articulate the painful ill-effects of a hangover.

Now, a test for whether or not a person is truly Irish, may be found in the way he or she describes the agony of a hangover. We Irish love expressive adjectives and phrases. So you may not be surprised to learn, there are Irish expressions galore to describe the feelings endured the day after the night before.

Of course, in true Irish fashion some expressions use overly flourishing language, and some can be a little bit rude. Now, since most of you are a little bit mature like myself, I’ve left those ones out, and tried to keep my collection of drunken sayings to those that can be read by all. 🙂 🙂 🙂

Yesterday you may have had a few drinks, buoyed by the notion of your Irishness, and therefore your inherent capacity to down a few pints.

This false bravdo is even supported by some of our old sayings. Here are a few examples….

“An Irishman is never drunk,

As long as he can hold onto one blade of grass

And not fall off the face of the earth.”

Oscar Wilde, was also fond of a drop or two, so here’s a classic from this Irish master of word play…

“Work is the curse of the drinking class.”

Even the brilliant William Butler Yeats believed some people were better tolerated drunk than sober. Here’s a great one-liner from our most famous poet …..

The problem with some people,

is that when they aren’t drunk, 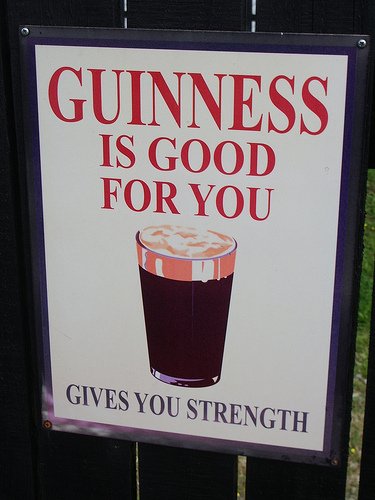 And of course we love to drink with one another, because you can’t beat a drink amongst friends …

If you cheat, may you cheat death.

If you steal, may you steal a woman’s heart.

If you fight, may you fight for a brother.

And if you drink, may you drink with me.

And we’re so good at this nonsensical, bravado-filled banter we even have another version of this same old hullabaloo about drink ….

May you never lie, steal, cheat or drink.

But if you must lie, lie in each other’s arms.

If you must steal, steal kisses.

If you must cheat, cheat death.

And if you must drink, drink with us, your friends.

Now, many Irishmen don’t need that much encouragement to join in the festivities. 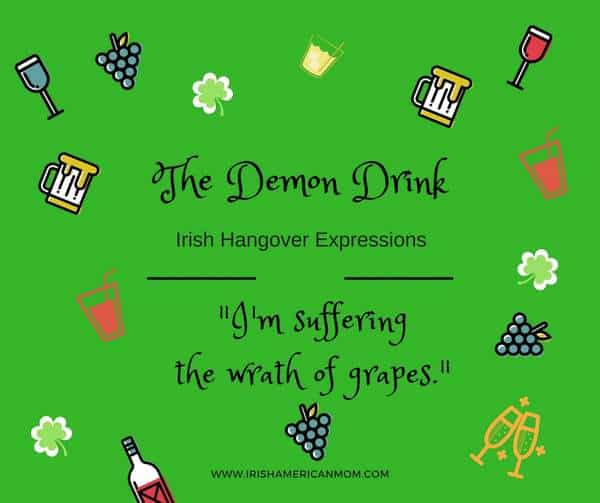 Other nationalities may be more interested in socializing when out and about on the town. They may like to meet others for a chat and a bit of flirting. But not an Irishman. As the old saying goes ….

“An Irishman would step over ten naked women

And here’s another saying espousing our desire for drunkenness …

“I’ll have what the man on the floor’s having!”

And don’t worry, the man on the floor is far from chatting to the ten scantily clad women the other fellow stepped over to get to his pint. He’s simply taking a breather from the festivities. On the floor!

But fear not! We have a prayerful Irish American plea to help get this poor drunk back up on his feet again …

“May your Guardian Angel be by your side

to pick ya up off the floor

And hand ya another

cold one from the store.”

This bravado seems to know no end. We’re even told that a few drinks will help us make it all the way to the pearly gates ……

When we drink, we get drunk.

When we get drunk, we fall asleep.

When we fall asleep, we commit no sin.

When we commit no sin, we go to heaven.

So, let’s all get drunk, and go to heaven!

I’m quite sure many of you are feeling far from heavenly this morning. Your throbbing head probably wishes you had paid less attention to all that Irish drinking bravado, but instead had heeded the following sage advice from years gone by…..

There is a saying that “drink loosens the tongue, and opens the heart’ which is not of Irish origin. But our ancestors gave the same warning through a few different expressions. Here are some Irish words of wisdom warning against alcohol-induced disinhibition  …

“Do not be talkative in an alehouse.”

“A drink precedes a story.”

However, the more you drink, the less control you have over the stories you tell because …..

“Nuair a bhíos an braon istigh

Translated into English this means…

“When the drop is inside

the sense is outside.”

And when you are no longer talking sense then conversation moves to another level altogether, and I don’t mean a higher, more intellectual level….

“But the greatest love – the love above all loves,

Even greater than that of a mother…

Is the tender, passionate, undying love,

Of one beer drunken slob for another.”

And for all the men out there, who are short on words at the best of times, you may be thinking what on earth did I say last night, because….

no sound comes from them

And if you haven’t got a clue what you were talking about, remember…. 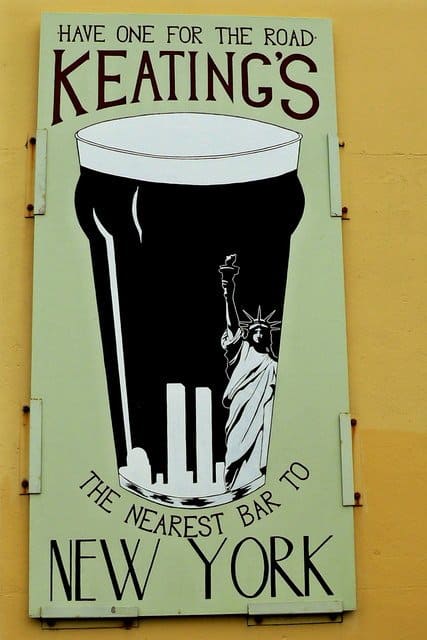 Our forefathers called for moderation also when they advised…

“Before you call for one for the road,

be sure you know the road.”

“A narrow neck keeps the bottle

from being emptied in one swig.”

But let’s face it. Few heeded these warnings yesterday as they partook of the merriment of honoring our patron saint.

And now that you have lived to tell the tale, it’s time to give voice to the pain of today. Here’s my collection of Irish hangover sayings and expressions.

What An Irishman Means When He Declares He’s Delicate:

Many an Irish person will greet their loved ones, with a plea today…

“Keep the noise down. I’m a little delicate.”

If an Irish man tells you he’s “delicate,” he’s not telling you he’s a genteel sort of fellow. He’s actually confessing he has a whopping, big HANGOVER.

Non-Irish people who first hear this frequently-used exclamation of personal delicacy, may worry about the fragile nature of the Irish race.

But fear not for the health of the Irish nation! These tender states are self-induced, the inevitable torture that must be endured after a night of excessive drinking.

This delicate feeling may also be expressed in other ways. I’ve heard many of these in my younger days, and may have even expressed a few in my time ….

Any reader who may have ever suffered a hangover will know one of the primary symptoms is a dry mouth. The sufferer wakes in the morning with their tongue stuck to the roof of the mouth. 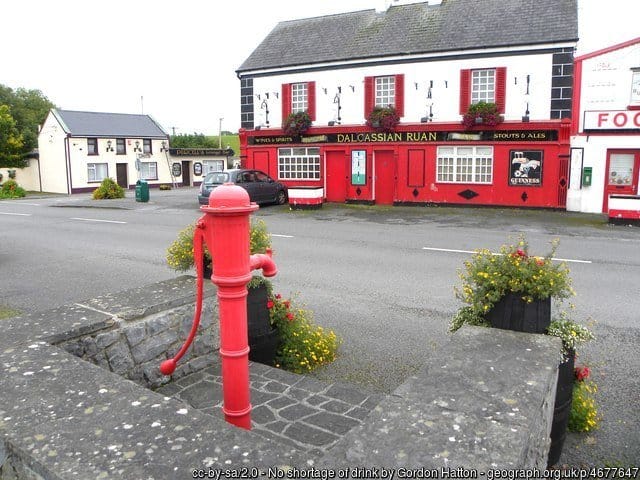 And of course, we Irish have oodles of expressions to describe this dehydrated feeling. Here’s one of my favorites.

“I have a tongue as dry as Ghandi’s flip flop.”

Another way of saying this is…

“I have a mouth as dry as an apostle’s sandal.”

I know I said I would keep this linguistic collection tame, but “arse” is pretty toned down by Irish standards, so here’s another version of a dry mouth saying…. 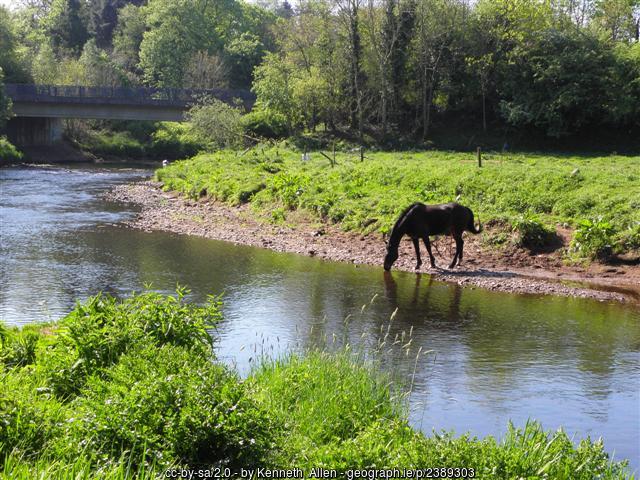 The older versions of these sayings are far tamer and go like this….

“Good as drink is, it ends in thirst.”

But alack and alas, the symptoms of a hangover are not just confined to a dry mouth. There are headaches and sickly tummies to contend with, and of course, there are Irish expressions to give voice to all this awfulness.

Ways of Describing How Sick You Feel:

A favorite adjective in Cork for describing someone who is thirsty and sick after a night of boozing is “craw-sick.”

“I’m a bit craw-sick this morning.”

Can you just hear your Irish mother’s response????

It’s all of your own doing.” 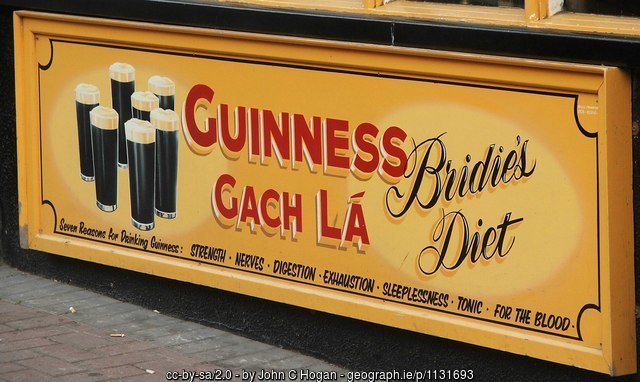 As she warms up a pan to cook you a fry and puts the kettle on, she’ll probably keep rattling on …

“I’ve no sympathy for you.

You were probably two sheets to the wind last night.”

And if she doesn’t jump to give you a few solpadeine (Irish pain killers that really help a hangover), you may have to resort to these exhortations of your pain …….

“I’m as sick as a small hospital.”

“I feel like I’ve been scraped off a shoe.”

“I’m suffering the wrath of grapes.”

“I have the heebie jeebies.”

“I’ve eyes, like two burnt holes in a blanket.”

I’m in a heap! (pronounced hape) 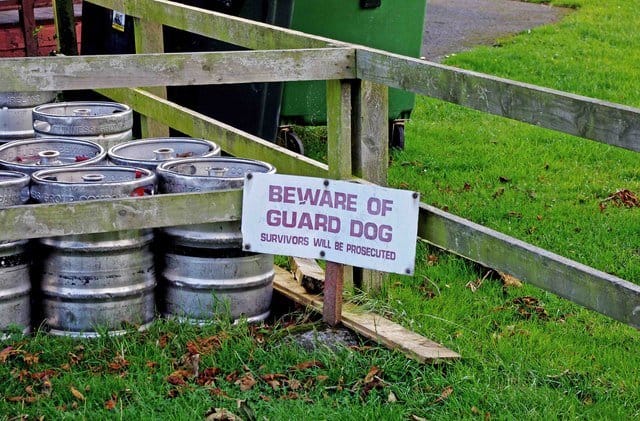 Well, if you find yourself in a heap or a hape this morning, this post is probably too little, too late.

I should have posted these warnings a few days before the damage was done, and before everyone drowned the famous shamrock. 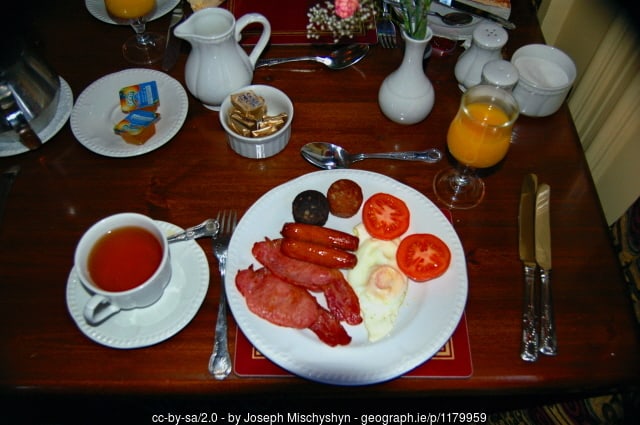 My advice to you is to enjoy a cuppa tea, and a big greasy feed (an Irish fry is perfect hangover food).

And remember, I may be a day late with my warnings this year, but you’ve been told well in advance for next year.

If anyone you know may be suffering the adverse effects of the demon drink today, feel free to pass my warnings along. You’ll save them some pain next year.

I hope everyone had a great Saint Patrick’s Day.