Claire Fullerton is a “writer, wife, animal lover and perpetual ballet student who divides her time between Malibu, and a little fairy cottage in Carmel-by-the Sea.” 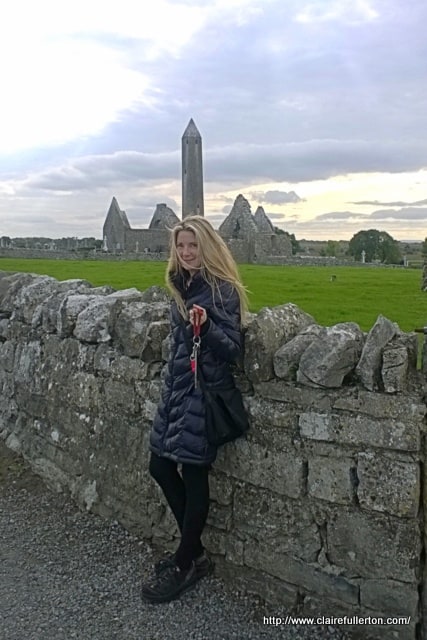 I love Claire’s quotation on her website explaining what it is to be a writer:

“I’m like many writers:  we have an inexplicable urge

to contribute, to interpret, to document,

to explain ourselves so others can see themselves.

but on the off-chance nobody does,

at least we have words on paper that explain us to ourselves.”

And so, I am going to hand you over to Claire to tell you about her new novel, Dancing To An Irish Reel, and to share her deep-seated connection and appreciation for my homeland, Ireland ….

I spent ten blissful days on the western coast of Ireland last October, and I’ll tell you why I returned to the misty, velvet shores of the area where I once spent a year: my second novel is set in the area, and I felt it was important to reinvigorate my soul by standing amongst the land and its people, before I embarked upon my book’s promotion.

In order to do that, I knew I had to return to Ireland to let the very air saturate my skin until it permeated to a cellular level and recalibrated my soul. 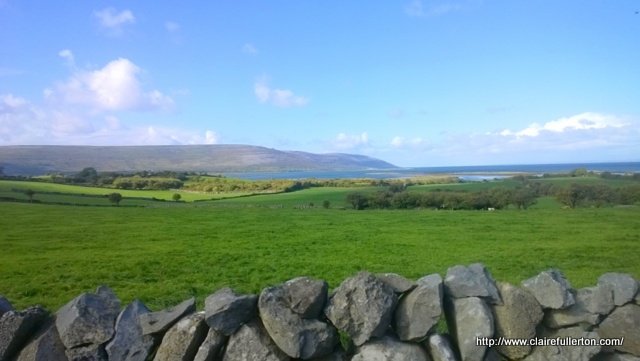 View from a field in Inverin, County Galway

Ireland affected me deeply when I lived as an outsider in the rural village of Inverin, which is on the cusp of the gateway to Connemara, a land separated into geometric prisms by gray-stone walls through rambling fields that lead down to the sea.

It’s confessional to report that it took me a few months of living in Inverin before I allowed myself to let go of my American frame of reference. Once I did, there was such a shift in my being that a local at the grocery store (or the shops, as they call it there) did a double take upon seeing my tranquil face and commented, “Claire, you look more Irish!”

I knew just what she implied. I could feel a newly acquired demeanor settle upon me, one that relaxed me physically and slipped me into a present tense mind frame, where a type of willing acceptance of events replaced my harried American propensity to manipulate my way through life.

How Living In Ireland Affects The Soul:

Ireland will do this to a person quickly, for it is an island with its own peculiar consciousness, spawned from its cloistered history and its humble dependence upon the vagaries of the weather.

I see it as an overarching attitude of rightful thinking, something which suggests there’s no point in becoming too worked up over much of anything, for change will rule the day of the best laid plans, and in the meantime, we’re all in it together, safe under the watchful eyes of God. 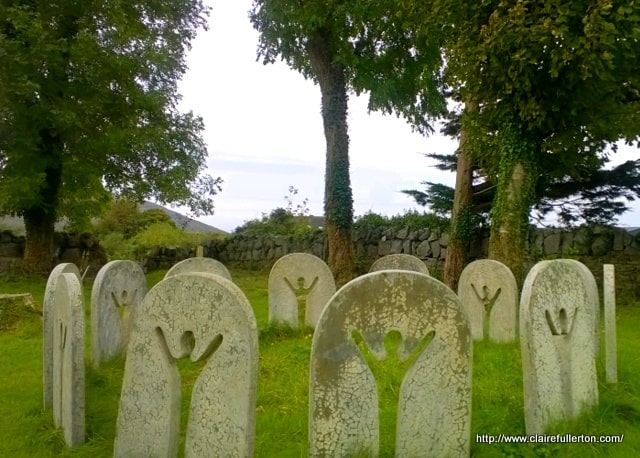 A churchyard on the road from Kinvara to Ballyvaughn

For the Irish are a reverential people. And it’s not just God they revere. They pretty much hold all things sacred: the land, their history, each other. And because they comport themselves this way, they don’t take themselves too seriously, which is exactly why they have the reputation of being the friendliest lot on earth.

I had what I think of as a life-altering year in Ireland. To this day there’s a quadrant of my Scotch-Irish soul cordoned away, that experiences the world through Irish eyes.

I can only describe this vision as an evolved awareness level– a brass tacks, no frills appreciation for meaningful connections in life that pertain to people, nature, and the little things that come my way on a daily basis.

Inspiration For A New Book:

Once I moved back to America, I kept thinking I should share my insights with friends, so I took the experience of living in Ireland and created a novel about a single American female who leaves the record business in Los Angeles and relocates to Connemara.

I wanted to infuse the story with interplay between an American narrator and a handful of modern day Irish characters, so I brought in an Irish traditional musician named Liam Hennessey, to employ as a focal point in illustrating a metaphoric, culture quandary, as well as showcasing the narrator’s burgeoning love for and discovery of all things Irish.

Next I took the premise and turned it into the discovery of love with its attendant complications, by having Liam so unbalanced at the prospect of love with an American outsider, that he can’t decide whether to come closer or completely run away. 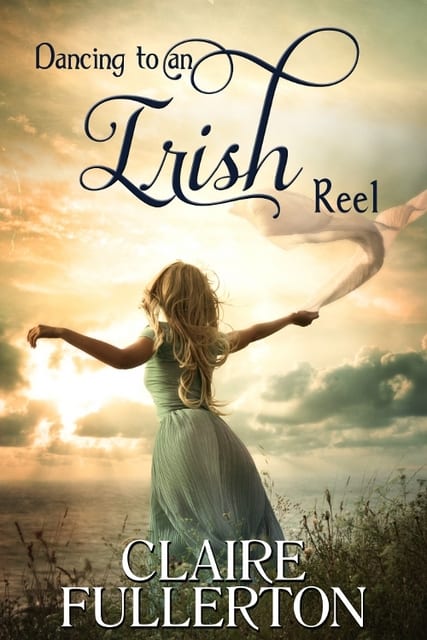 In writing the book, I went out of my way not to patronize anything about Ireland, particularly its vibrant people. I wanted to refrain from bringing an American attitude to the story because I felt it had been done before and somehow failed to protray what I wanted to be the point of the story, which concerns the ambiguity of a budding love relationship with its inherent excitement, hope, doubt and fear.

On the one hand, this story could have happened anywhere (I know of very few people who haven’t been thrown into confusion as they navigate the minefield of new found attraction) but because this story takes place in Ireland, I had the opportunity to highlight a setting in possession of unfathomable beauty with a history of cultural nuances worth the singing of deep praise.

I titled my novel “Dancing to an Irish Reel”, which refers to the push and pull of attraction from the vantage point of a stranger in a strange land. In writing the story, I did what all writers do: tell about how they find the world through the vehicle of one painstakingly crafted, case in point.

It may sound trite to say “Dancing to an Irish Reel” is my love letter to Ireland, but in many ways it is. Now that the book is out in the world, it keeps Ireland ever upon my vest, and I wear it with glowing pride. 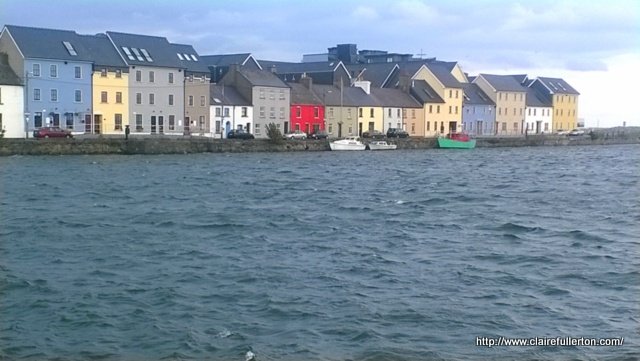 A big thank you to Claire for sharing her love of Ireland with us today, and for introducing her intriguing new book. Wishing her every success with this publication.