Many Americans who are interested in learning more about Ireland and its customs, have asked me this question over the years....

"Do the Irish celebrate Halloween?"

Celebrating Halloween is a strong, cultural tradition linking both lands. 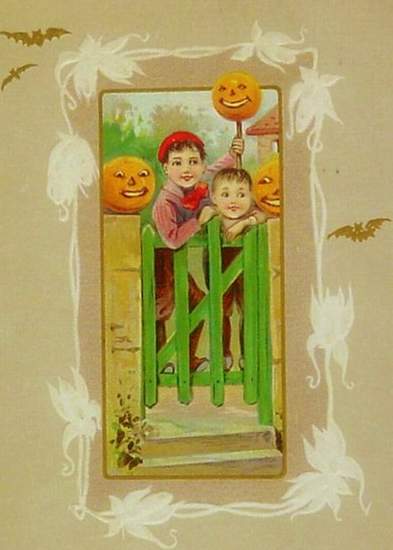 Trick or Treating in Ireland:

I have very fond memories of "Trick or Treating" in Ireland, many moons ago. We did not use the phrase "Trick or Treat" when we held our goodie bags aloft to welcoming neighbors. The common Irish phrase was:

Usually we were rewarded with ripe, rosy apples or handfuls of peanuts in the shell. If any house was handing out candy, or sweets as we say in Ireland, word spread fast. Kids made a beeline to the famous door.

Our costumes were usually handmade. More often than not, a faithful, white sheet was used for a quick, ghostly transformation. 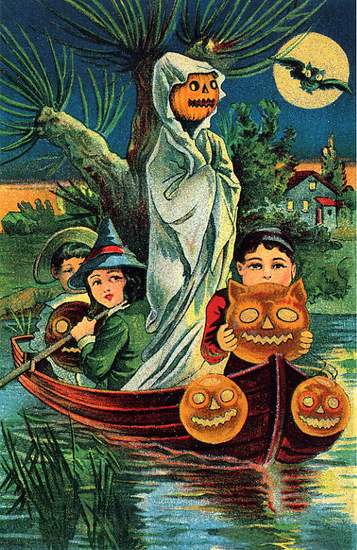 Halloween - A Cultural Connection Between Ireland and America:

Ireland and America are the two main countries worldwide that celebrate Halloween in a big way. How did this cultural connection occur?

The answer lies in the history of immigration between the two nations. In the mid-nineteenth century millions of Irish fled to the United States to escape The Great Famine, which devastated Ireland between 1845 and 1850.

They may have left their homeland behind, but as these immigrants reshaped their  lives in a strange New World, they did not forget some old Irish traditions. Celebrating Halloween is one such custom which flourished in America. 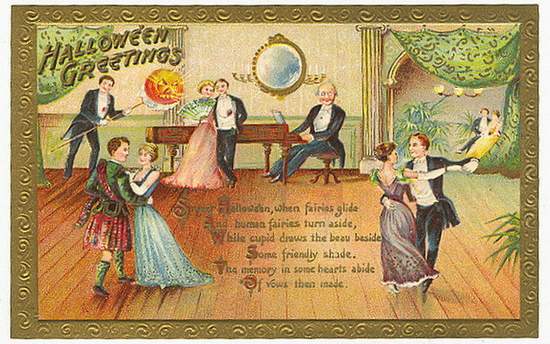 The Celtic Festival of Samhain:

The origin of Halloween dates back over 3000 years to an old Celtic celebration called Samhain (pronounced Sow-in). It occurred on the night of October 31st each year to mark the end of summer. Bonfires were lit, lanterns created out of carved out turnips, and a great harvest feast was shared.

In 835 AD, Pope Gregory III moved the celebration of All Saints Day to November 1st, in a vain attempt to deter Celtic converts to Christianity from marking the pagan ritual of Samhain. Rather than abandoning their ancient ways, they combined both old and new traditions.

The name Halloween is linked to Scotland, where it was originally spelled as Hallowe'en, a shortened version of All Hallow's Even, a historical term for All Saints Day. 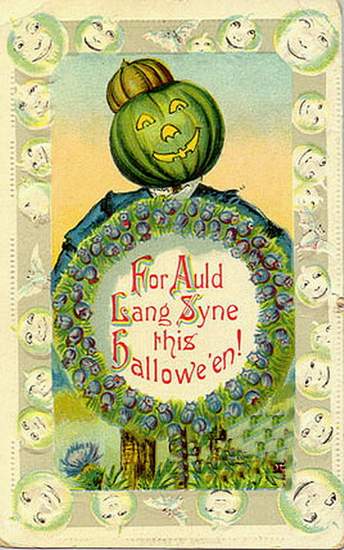 Originally Jack-O-Lanterns were created in Ireland and Scotland by chiseling out a turnip (the Irish equivalent of a rutabaga), and placing hot embers or coals inside.

The light represented the souls of the dead, and was used to ward off "Stingy Jack," a notorious fellow who made a deal with the devil. 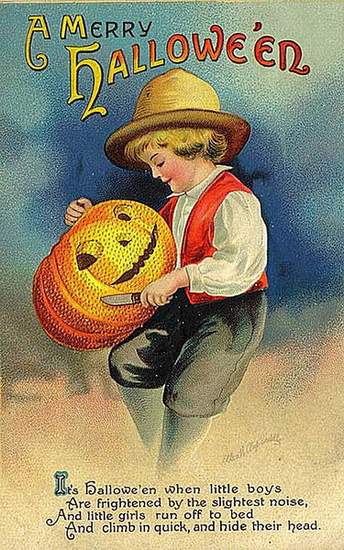 When the Irish came across the waters to the United States they started to make Jack O'Lanterns at Halloween, replacing the Irish turnip with the more plentiful American pumpkin.

Artistically inclined carvers started to create faces on larger pumpkins, which were far easier to pulp than the old rock-hard turnips of their homeland. 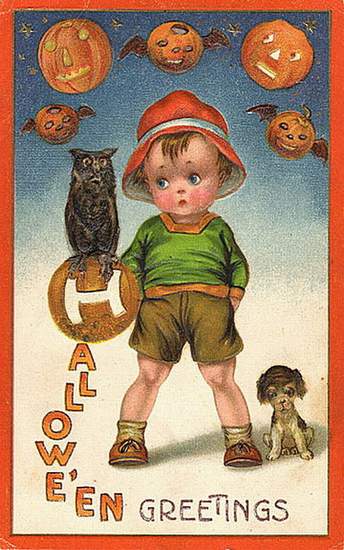 So as you get all dressed up in your costume this year, or light up your carved out pumpkin, remember that together we celebrate a holiday that is truly Irish and American. 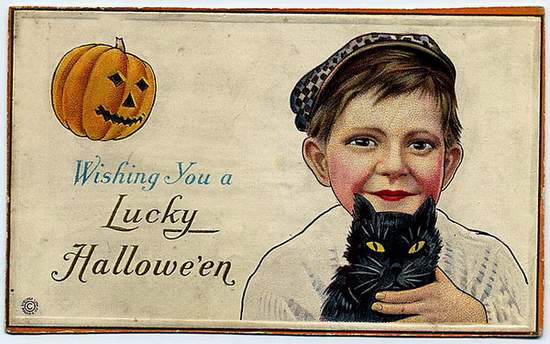 There are many reasons to love Halloween, but knowing it is a festival rooted in our Celtic traditons, makes it even more special to Irish Americans.

Wishing you all a Halloween that is happy, lucky and a unique celebration of this old, and ever-evolving, Irish-American tradition. 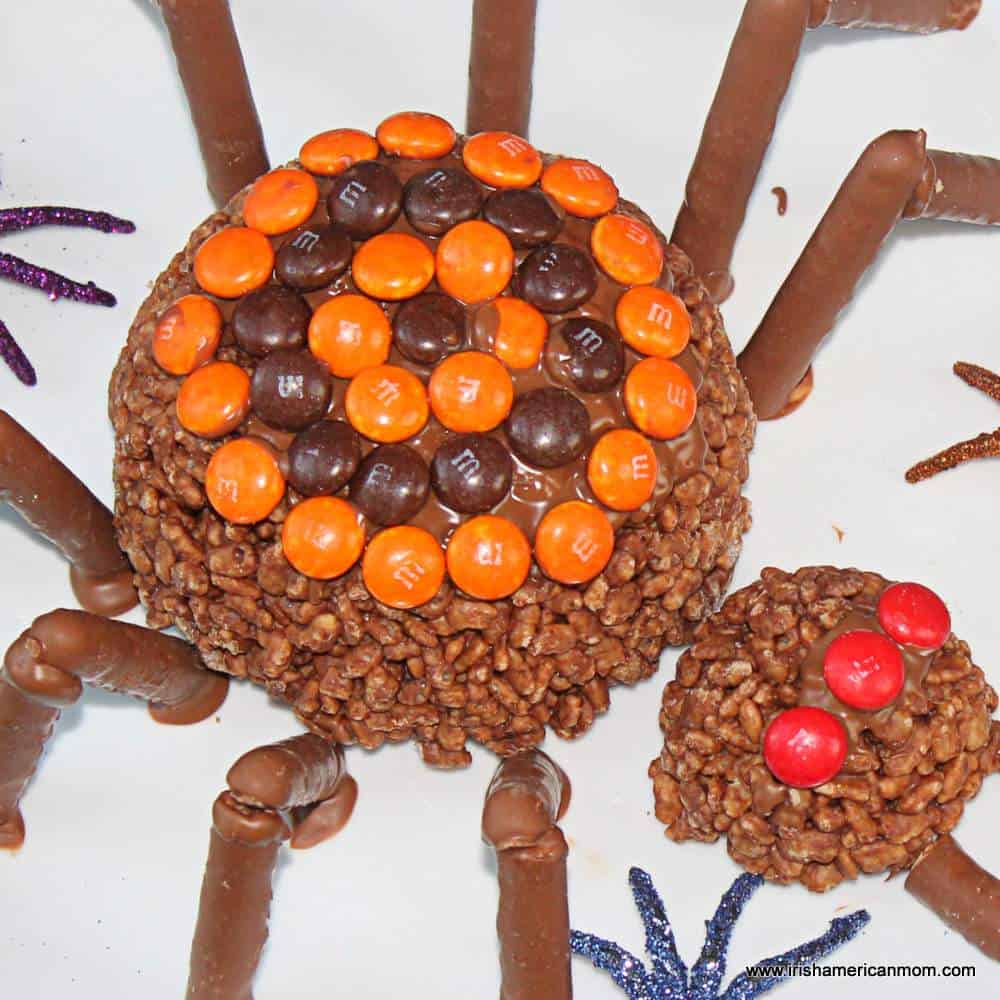 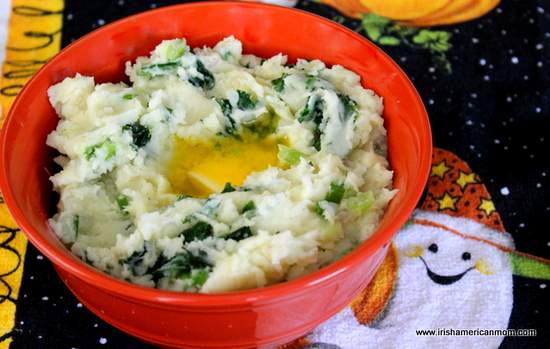 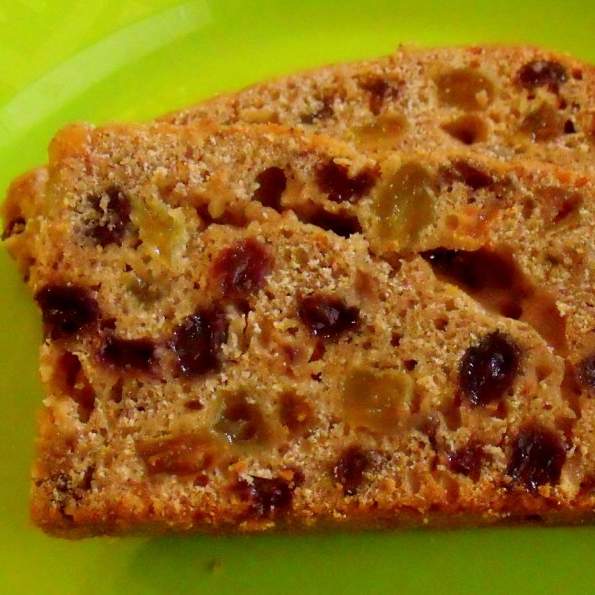