Every March 17th people all over the United States celebrate the patron saint of Ireland, turning their own nation emerald green for just one day.

Americans wear green clothes and sip green beer and milkshakes, and every kind of green food appears on menus all over the country. Chicago even dyes its river green to celebrate it’s deep rooted connections to Ireland. 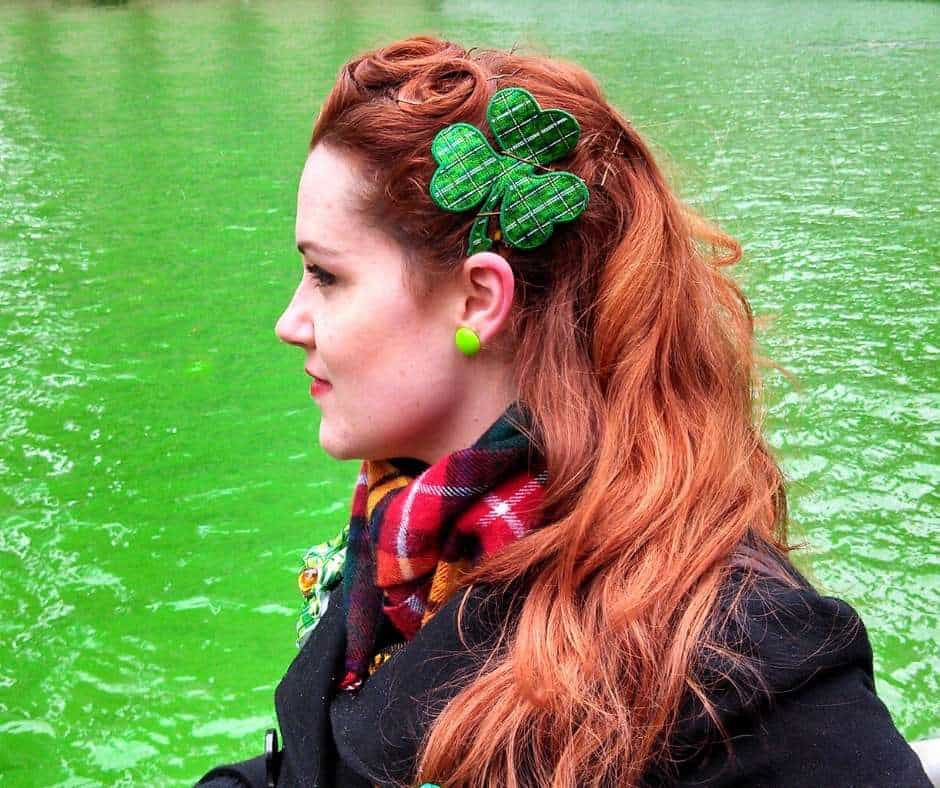 Revelers from sea to shining sea celebrate all things Irish, but did you know these familiar annual Irish American traditions weren’t imported from Ireland. They were actually made in America.

A few years ago I did an interview for Kroger magazine for the March issue of their grocery magazine. I participated in an online interview, exploring how Irish people, and Irish Americans like to celebrate Saint Patrick’s Day. Here’s a transcript of the interview, if you would like to learn more about the differences between Saint Patrick’s Day in Ireland and in America.

Have you been to any of the big St. Patrick’s Day parades here in the U.S.? If so, how do they compare to those in Ireland?

Outside of Ireland, there’s no city as enthusiastic and energetic as New York when it comes to celebrating Ireland’s patron saint. Way back in the early 1990’s, when I first came to America from Ireland, I lived in Hoboken, New Jersey and worked in Manhattan. I was fortunate to celebrate my native land, New York style, three years in a row.

New Yorkers are ever so proud of their Irish roots, and they truly know how to throw an Irish party. Their parade was a dazzling spectacle, with an amazing array of marching bands, pipers, dancers and revelers. It was far bigger than the parades I watched as a little girl in Dublin in the 1970’s. 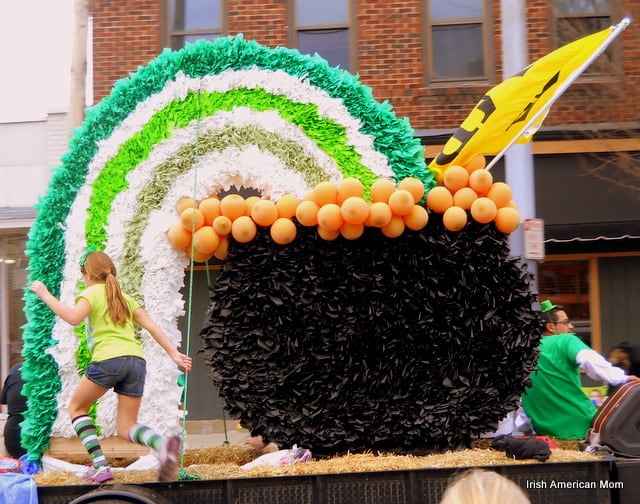 I was surprised to learn that Savannah, Georgia’s parade is the third biggest in all of the United States with over 400,000 spectators. Only Chicago and New York boast bigger parades.

But I must confess, my favorite St. Patrick’s Day parades are simpler ones, where local people dress up as St. Patrick and ride on tractors to show their Irish pride. A few years ago my family and I marched in the Louisville, St. Patrick’s Day Parade with the Irish Society of Kentuckiana. It was a day filled with fun, laughter, and lots of candy for little leprechauns, and dog treats for our canine friends dressed in green. I give Louisville, Kentucky a big shout out for their family friendly parade. 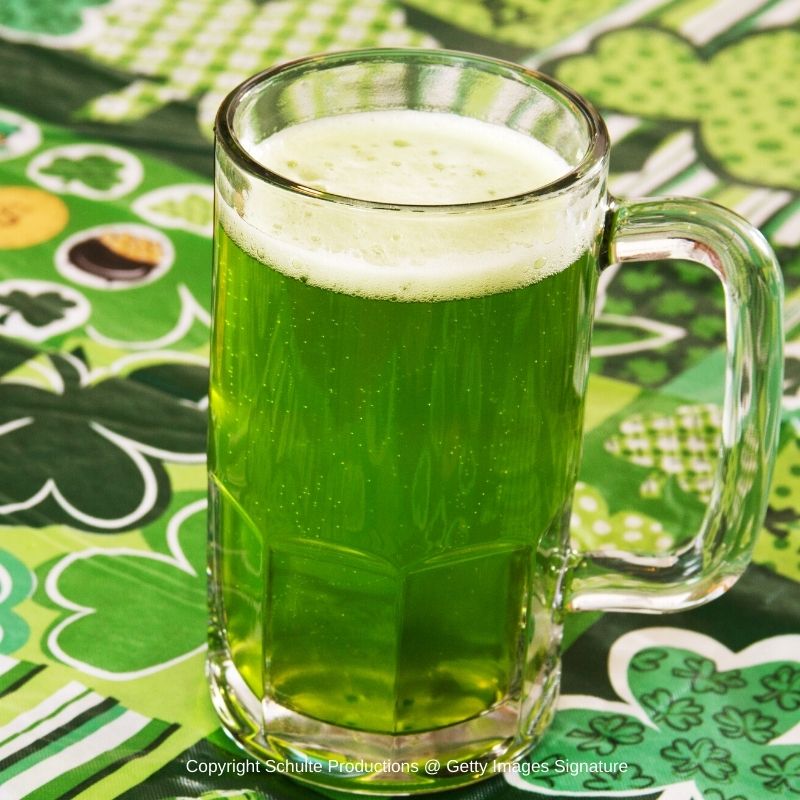 Is green beer common in Ireland on St. Patrick’s Day?

Drinking green beer on St. Patrick’s Day is an Irish American tradition rather than an Irish one. Green beer was first created in New York City over 100 years ago by an Irish American, Dr. Thomas Hayes Curtin. When he was just 4 years old his family emigrated to America from County Carlow in Ireland.

His green beverage was created by adding a drop of ‘wash blue’ into a secret quantity of beer. Wash blue was a powdered iron solution used to whiten clothes, which we now know to be poisonous. Modern, safer food dyes have replaced Dr. Curtin’s formula for creating green beer on St. Patrick’s Day, but despite its dangerous original recipe, the tradition of green beer has survived in the United States to this very day.

In Ireland, Guinness stout is one of the most popular beers. It’s a dark black porter, with a creamy top. Dark hues make it very difficult to dye green, so this may be why the tradition of green beer never caught on in Ireland. In addition, Irish pubs by law, were not allowed to open on St. Patrick’s Day until 1961. The Irish had to grow accustomed to being permitted to drink beer in a pub on this festive occasion, not to mention getting their heads around the concept of green beer. 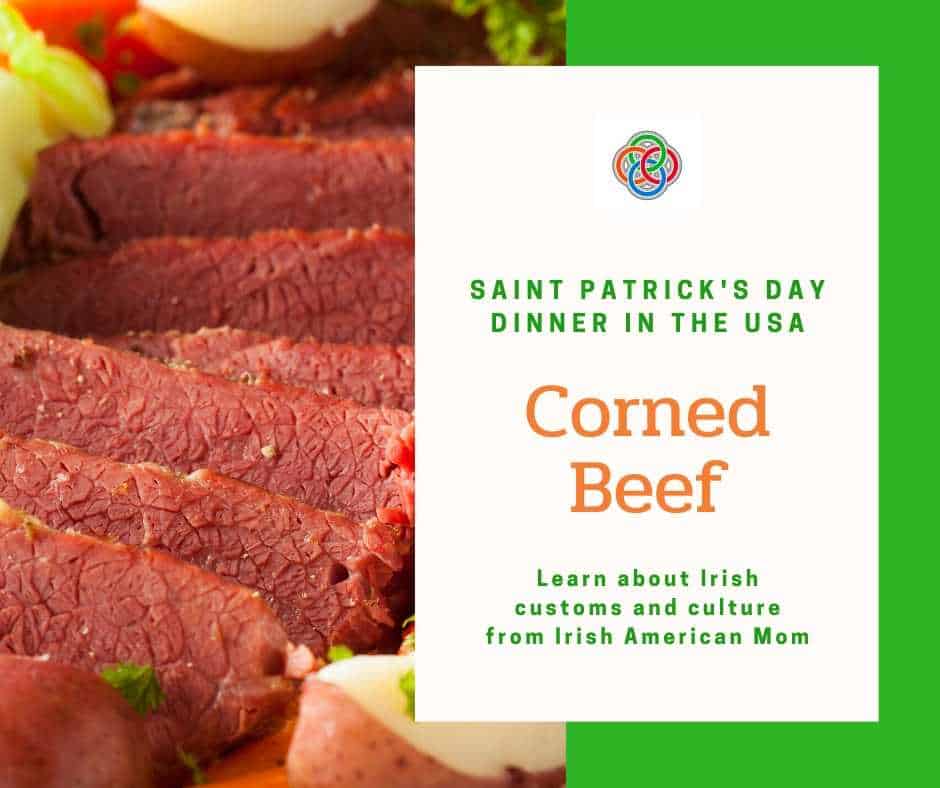 Is it true that corned beef and cabbage is actually an Irish American variation of the Irish dish of bacon and cabbage?

The first time I tasted corned beef brisket was in Elmira, New York at a St. Patrick’s Day party. Many people asked if it tasted just like my mom’s corned beef. They were astonished to learn we don’t eat corned beef and cabbage in Ireland. Our preferred dish is bacon and cabbage.

Spiced beef, made in County Cork, is similar to American corned beef, but in years gone by it was produced primarily for export. Beef was too expensive for working class Irish people in the mid-1800’s. Instead, they chose pork meat which was far easier on the wallet. A bacon joint, paired with cabbage and potatoes, grown in the family garden, was a favorite meal in Ireland in years gone by, and still is to this very day.

The Great Irish Famine of the 1840’s brought a wave of emigration to the United States. The Irish arriving in New York found that pork was far more expensive than beef. They needed to find an alternative to prepare their traditional bacon dinner. Jewish butchers in New York sold kosher cured beef brisket, and this corned beef was soon adopted by Irish immigrants. As decades went by, Irish American families all over the United States embraced this alternative Irish meal. Corned beef has now become the centerpiece of the St. Patrick’s Day dinner table for Irish American families from coast to coast.

Are there any other popular Irish American dishes that aren’t quite authentically Irish?

Irish potato candy, a traditional Philadelphia confection, comes to mind. Don’t be fooled by the name! Irish potato candy is not from Ireland. These commercially produced Philadelphia candies have a coconut cream
interior and are rolled in cinnamon to give the appearance of a small potato. They’re especially popular around St. Patrick’s Day. This version does not usually contain any potato.

However, homemade potato candies are made in the Pittsburgh area, using mashed potatoes combined with confectioner’s sugar, vanilla and coconut. Formed into bite-sized balls and rolled in cinnamon, these little confections also have the appearance of little potatoes.

Blarney stones are another sweet treat I only heard of in America.

Reuben sandwiches are definitely only found in America, and have never been heard of in America.

Potato candies, such as these are not found in Ireland. Like corned beef, their origins are Irish American rather than Irish. 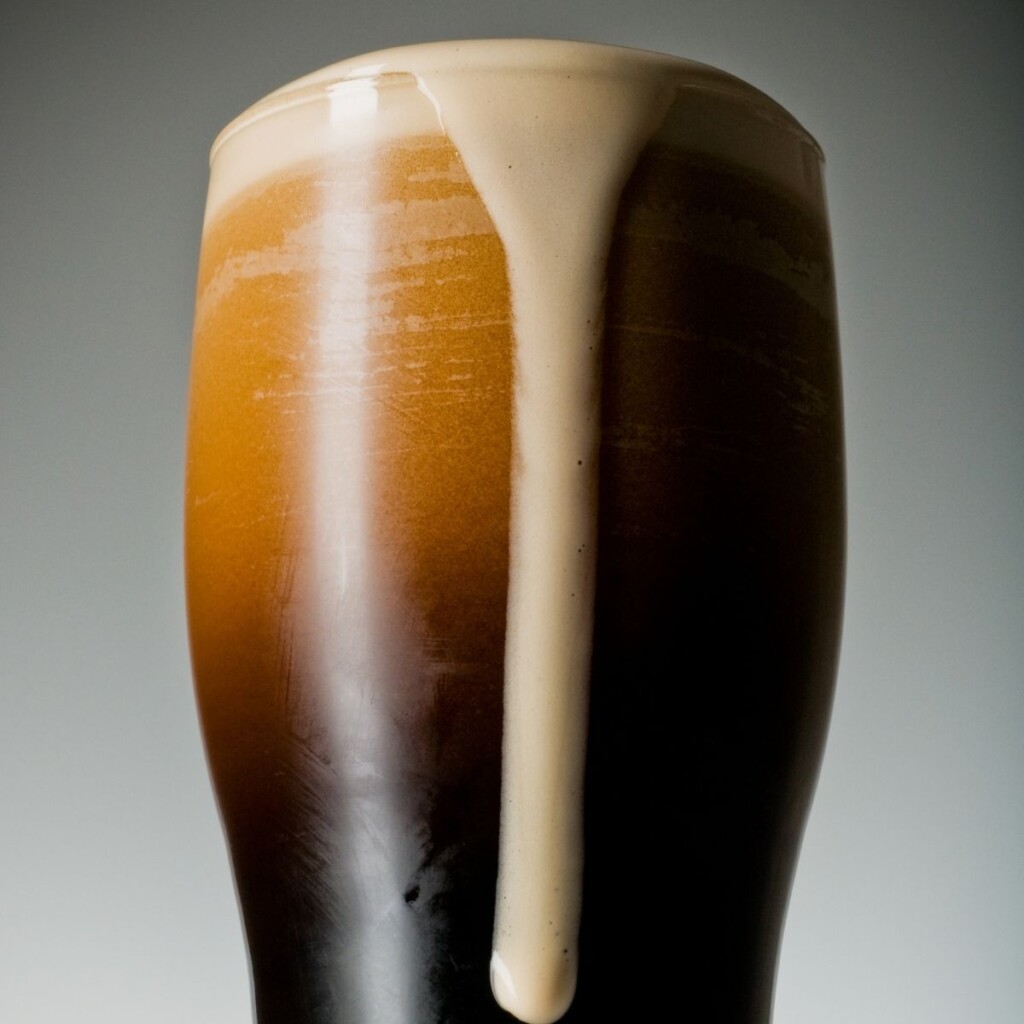 Are shamrocks and mischievous leprechauns part of the Irish St. Patrick’s Day tradition?

When I was a little girl in Ireland St. Patrick’s Day was very much a holy day, and my family attended church together. Schools closed for the day and children wore decorative badges on their coat lapels made with green, white and orange ribbons, and sporting pictures of St. Patrick or shamrocks. The grown-ups pinned a little bouquet of live shamrock to their coats to symbolize their reverence for our patron saint.

In Ireland we only use three leafed shamrocks to represent St. Patrick. Legend tells how he used the shamrock to explain the concept of the Holy Trinity, (the Father, Son and Holy Spirit), to the pagan Irish in the 5th Century. Three leaves in one shamrock represented the three Divine persons in one God.

Leprechauns have only recently become part of our St. Patrick’s Day celebrations in Ireland. Over the past few decades the day has changed from a religious family holiday, to a more country wide party. And let’s face it, leprechauns add to the festivities at any party. 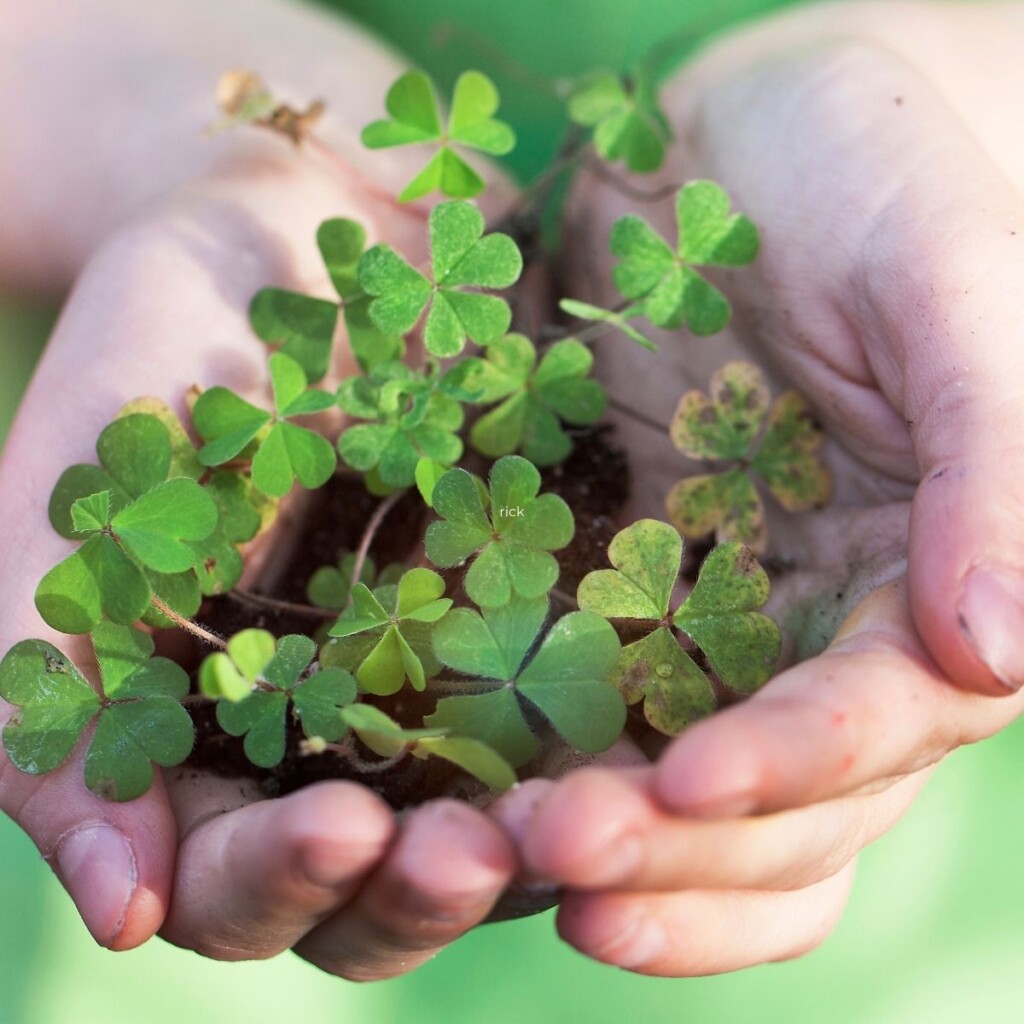 I love how American teachers and parents embrace leprechauns in March, welcoming these little Irish pranksters into their classrooms and homes for some St. Paddy’s Day fun. When my little girl was in kindergarten she
arrived home just before St. Patrick’s Day exuding pure leprechaun glee. She couldn’t wait to tell me about the shenanigans of their very own classroom leprechaun. He left green foot prints all over their desks, even marking the classroom walls and door. Her leprechaun enthusiasm was infectious.

I grew up in Ireland at a time when St. Patrick’s Day was a far more solemn occasion and leprechaun high jinks were never part of our classroom activities in a religious, all-girls Catholic school, run by nuns.

But I soon learned that embracing leprechaun tricks and pranks is great family entertainment. You can’t beat some magical capers like finding golden chocolate coins in your shoes, or laughing at leprechaun jokes found on post-it notes all over the house. And in today’s internet age, it’s very easy to team up with the leprechauns and create a little kid-friendly havoc in the days running up to St. Patrick’s Day.

Sometimes we spend St. Patrick’s Day in Ireland, but when we are in Kentucky we like to invite friends over.

It’s always wonderful when St. Patrick’s Day falls on the weekend, so guests can arrive early for a lovely Irish dinner on March 17th. When the day falls on a weekday we usually celebrate on the Saturday before the big day.

However, when I’m in America I like to make more party-friendly, make-ahead meals.

What type of meal do you typically prepare?

In America, Guinness beef stew, or shepherd’s pie are perfect for entertaining.

I also like to make colcannon, a traditional Irish dish of mashed potatoes mixed with kale.

When I make corned beef, I add an additional step.

After boiling the beef, I baste it in an apricot glaze and bake it in the oven for a little while to seal in the flavors. 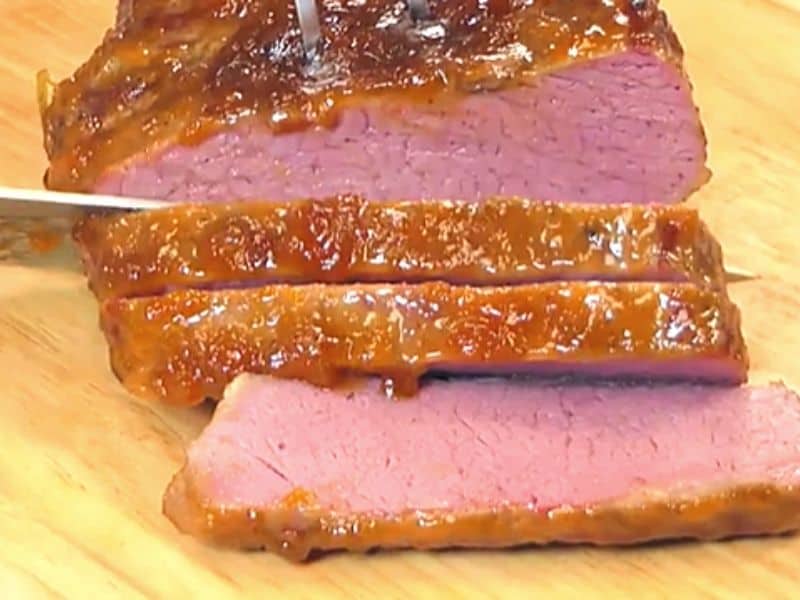 How To Cook Cabbage Irish Style

For dessert I like to serve bread pudding or a cream sponge cake, two traditional Irish treats.

Mairéad is an Irish born, American citizen who first came to New York nearly thirty years ago to work as a physical therapist. Married to an Irish man from Donegal, she is now the proud mother of four and lives between Kentucky and Ireland. When a patient called her “Marmalade”, she knew she needed to find a helpful way for Americans to say her name. ‘Mairéad’ is Irish or Gaelic for Margaret and is pronounced as if it rhymes with ‘parade’. 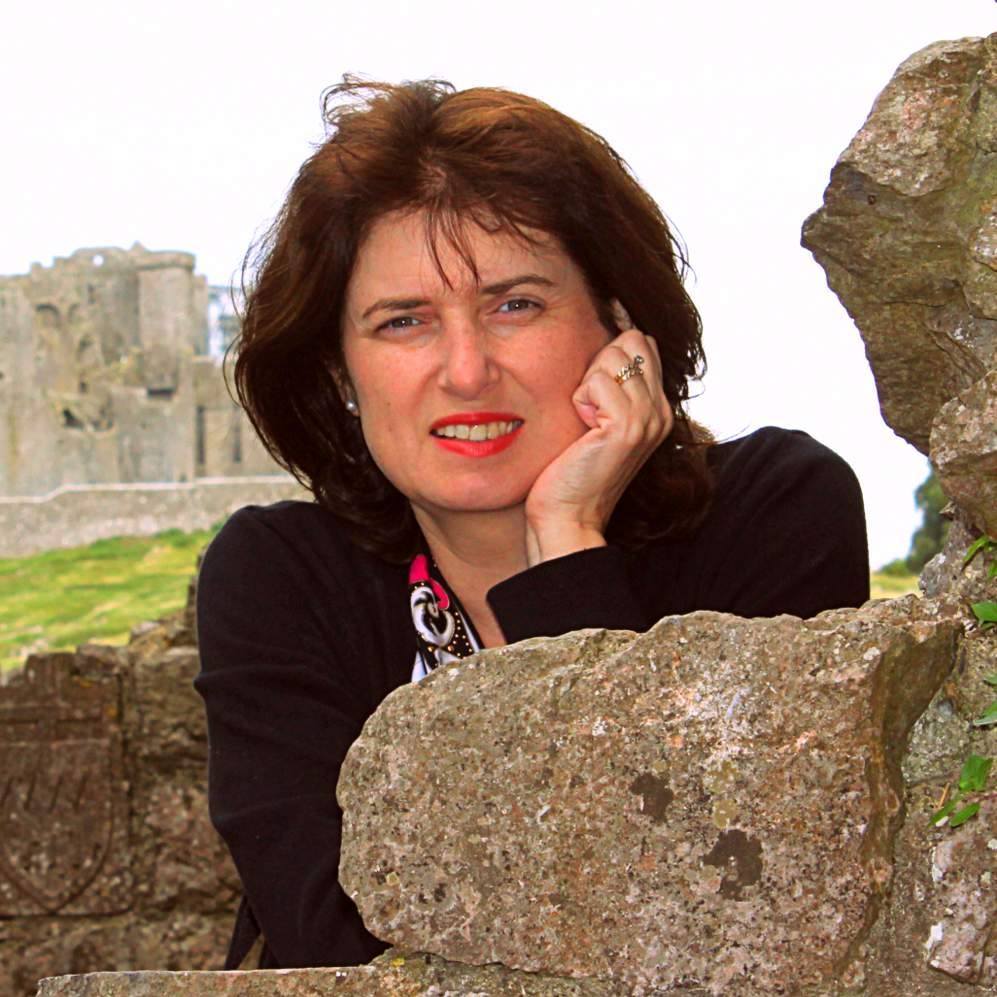 In her blog, Irish American Mom, she recounts her personal evolution from Irish girl to American mom, creates Irish recipes tweaked for cooking success in America, and shares her knowledge of Irish culture and heritage.