Upon hearing the term "the gentleman who pays the rent" an image of a kind, elderly benefactor comes to mind. In early 19th century Ireland, the beloved "gentleman" in question was none other than the family pig.

Yes, you read that correctly. The pig was the gentleman who paid the rent. 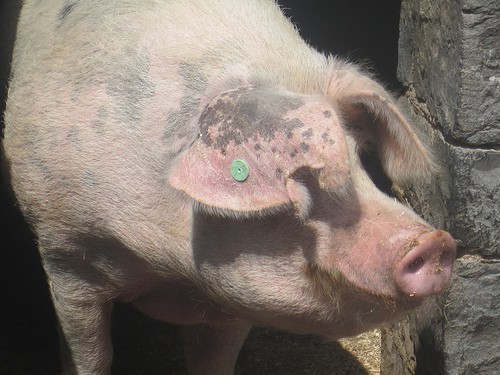 In pre-famine Ireland pigs played a very important role in the lives of poor Irish farm laborers. This term of endearment evolved in deference to the animal whose survival ensured a roof overhead and food on the table.

Raising and selling a pig was the primary means of earning enough money to pay rent on a small plot of land used to grow potatoes.

Potatoes grow well in Ireland, even in poor soil. A plot of land as small as a quarter acre could produce enough potatoes to sustain a whole family and a pig. The potatoes were for food, and the pig was for sale. A poor Irishman seldom tasted meat back in the 19th century.

It was seldom that the pig was butchered for the family's consumption.

A laborer's pig was sold on "gale day", the twice yearly date when rents were collected.

Hence the euphemism "the gentleman who pays the rent" came into being when referring to the family's prized possession - their pig. 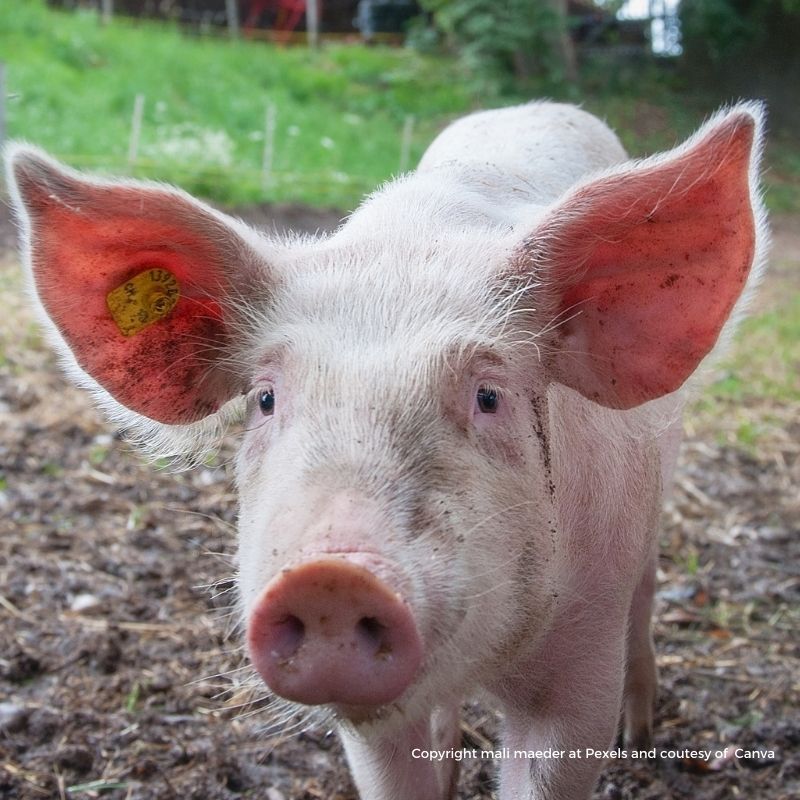 Considering our "gentleman's" importance he undoubtedly deserved living quarters befitting his gentile status and place of honor in the community. An elegant pig sty was surely in order. Some lucky pigs lived in their own, custom-made abode attached to the main family dwelling, but such swine were few and far between.

Most pigs shared their master's one-or two-room cabin. These cabins were made from thick walls of straw, earth, and stone, with a thatch roof and a clay floor. Hens lived in the lower part of a dresser and the pink "gentleman" lay grunting contentedly on a bed of straw in the corner. 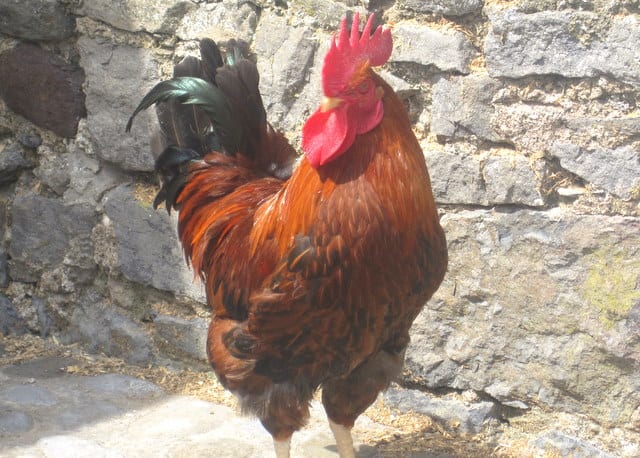 Today, it is hard for us to imagine our ancestors living in such conditions.

As I was researching this post, I remembered an old traditional Irish song I learned at school. Here are some lines from it:

Meaning: The rooser is announcing the day.

Tá an muc ag an doras

Meaning - The pig's at the door trying to open it.

When I sang this song with my seven- and eight-year old classmates back in the 1970's I always imagined the pig trying to open the door of his sty.

Now when I consider these words I understand the pig was probably inside in the house with the family, and when the rooster crowed, he waddled over to the door to be let run free. 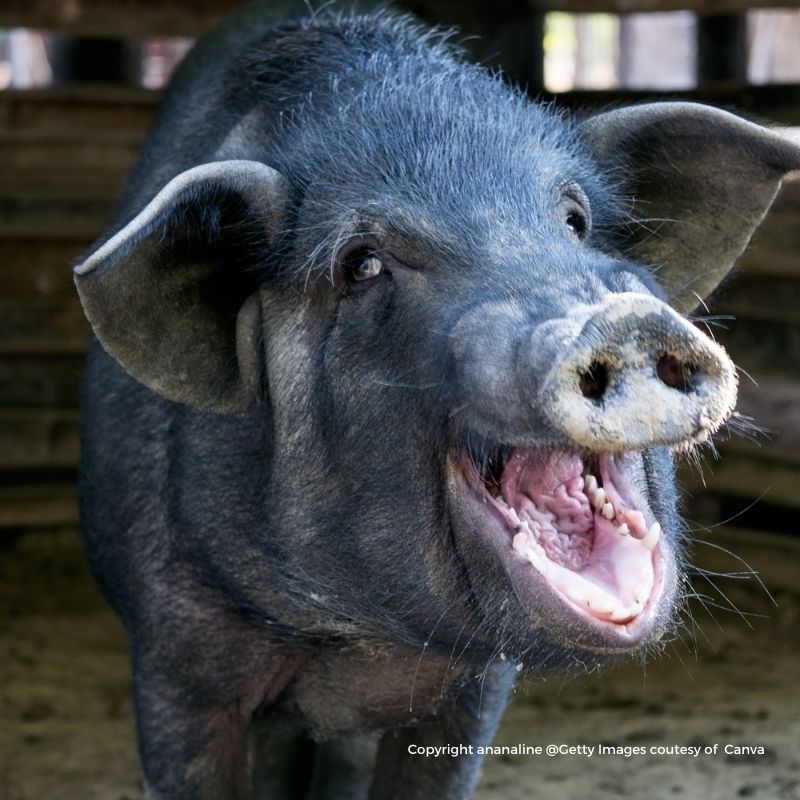 The "Pig In The Parlor":

In today's germaphobic world such living arrangements seem inconceivable. So why would the Irish live in such horrible conditions, sharing their dwellings with their animals?

The answer lies in the widespread practice of landlord's charging additional rent for a pig sty or any other building that might house livestock. This “pig in the parlour” stereotype of Ireland came from this oppressive system of exorbitant rent.

Additional charges were even levied to a person with glass in their cottage windows. To avoid this penalty laborers used dried sheepskin to create window openings. 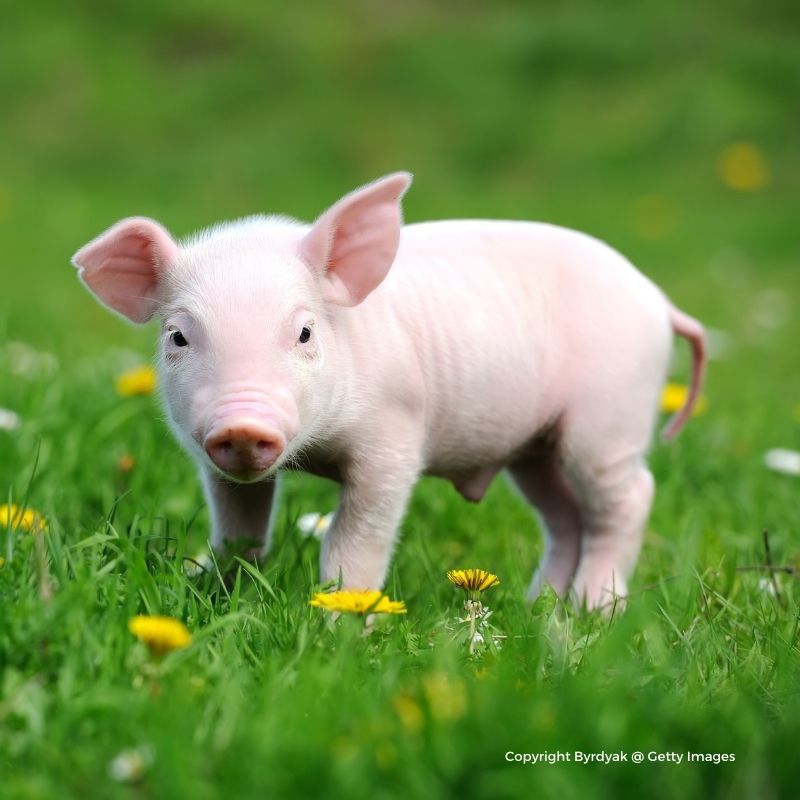 So when it came to "the gentleman who pays the rent" poor Irish country people shared their homes to avoid additional financial hardship. They regarded their pigs as clean, intelligent animals. If allowed to come and go as they pleased, their pigs shared their cabins without soiling, much like a family's pet dog might.

The Association of Pigs With Money:

Piggy banks are used for savings, which let's us know that in other cultures the pig was also associated with money.

I believe that the coins dropped into the slot on the piggy banks back represented the food a farmer would feed to his pig. To get the money back the farmer had to part with his pig. Either by slaughtering it for meat or selling it for money. Hence we must break the piggy bank to retrieve our coins.

The pig is also considered to be a symbol of luck and good fortune in many European cultures. Orthodox Christians even eat pork as their Christmas meal for good luck.

It's also worth noting that a pig cannot walk backwards, and must always look forward. This is a sign of prosperity, and in Ireland in years gone by it was the pig, or gentleman who pays the rent, that brought prosperity.

Today, whenever I see a pig, I smile. I think of the Irish long ago, and their dependence on, and reverence for "the gentleman who pays the rent".