“Adrift: A True Story of Tragedy on the Icy Atlantic and the One Who Lived to Tell about It” by Brian Murphy tells a harrowing story of the ship, The John Rutledge, which sank after hitting an iceberg in the wild Atlantic in 1856. One hundred Irish emigrants were on board the ill fated craft. 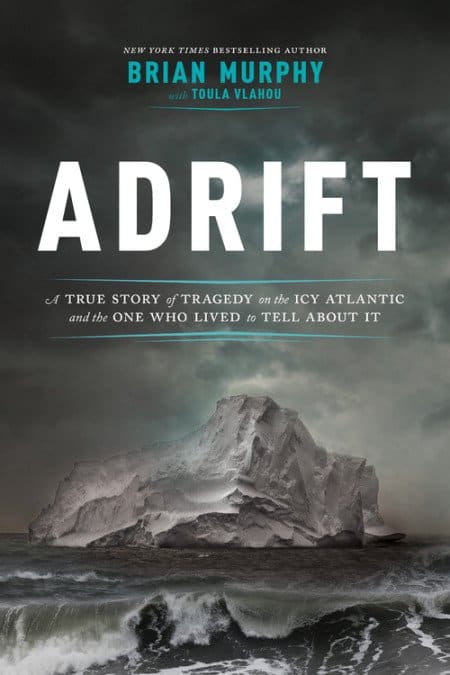 Released this week, I’m delighted to share this book with you today. And some wonderful news! The good folks at Da Capo Press, the publishers of this historical book, have graciously provided a copy for one lucky reader to win.

But before entering the giveaway, let’s first learn more about this tragic time, and this intriguing book which tells a harrowing story of death and survival.

In the early months of 1856 a small ship, making the Liverpool-to-New York trip,carried more than one hundred passengers—mostly Irish emigrants. Suddenly, an iceberg tore the ship asunder and five lifeboats were lowered.

Four of the lifeboats drifted into the fog and icy water, never to be heard from again.

The last boat wrenched away from the sinking ship carrying thirteen souls. One by one, they died—some from exposure, others from madness and panic. In the end, only Thomas W. Nye and his journal survived.

Liverpool To New York By Ship – A Dangerous Route:

In the winter of 1856, an “ice armada” plagued sea routes between Europe and North America. Seamen brought home reports of immense icebergs—some wider than the plans for Central Park—floating farther south than ever before, and several boats and hundreds of passengers went missing in the treacherous waters before the first three months of the year were out.

Adrift  is the tale of one of these wrecked ships—and its sole survivor.

Using diary entries and newspaper accounts as well as ships’ logs and family archives, Murphy reconstructs the harrowing journey of twenty-two-year-old Thomas W. Nye of Massachusetts, who escaped in a lifeboat with twelve others after their packet ship, the John Rutledge, collided with an iceberg. 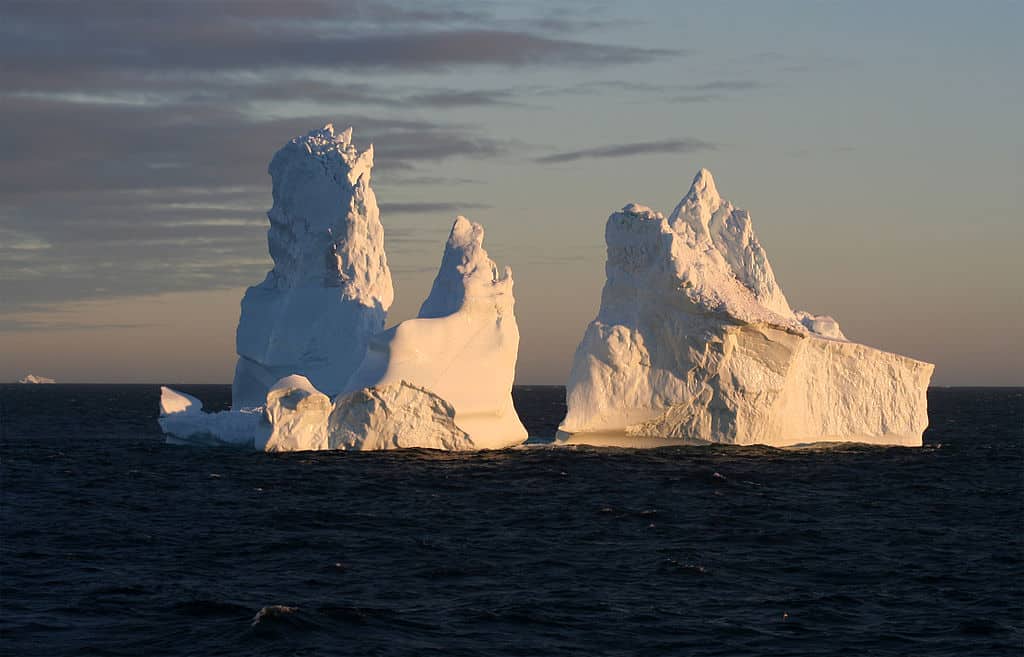 Nye’s fellow passengers fought desperately over a one-gallon jug of water and six pounds of biscuits. Only one family on board had blankets, and everyone’s shoes were waterlogged with frigid spillover from the waves.

As the crew members and passengers in Nye’s lifeboat started to give up hope of rescue, some of them began to drink the sea’s toxic salt water.

The momentary relief from thirst soon turned into a deadly attack on their organs—especially their brains. Raving madness set in as they attacked Nye and whoever was left of his fellow passengers.

Facing snow, icy rain, and freezing temperatures, Nye began wearing the coats and blankets of the dead. In the end, after being adrift for nine days, he was the only one among them who didn’t perish.

A story of tragedy and strength in the tradition of bestsellers like Dead Wake and In the Heart of the Sea, Adrift gives voice to a man who endured the most trying of circumstances, honors those whose lives were lost, and reminds us of what Joseph Conrad wrote in “The Mirror of the Sea”:

“The most amazing wonder of the deep is its unfathomable cruelty.” 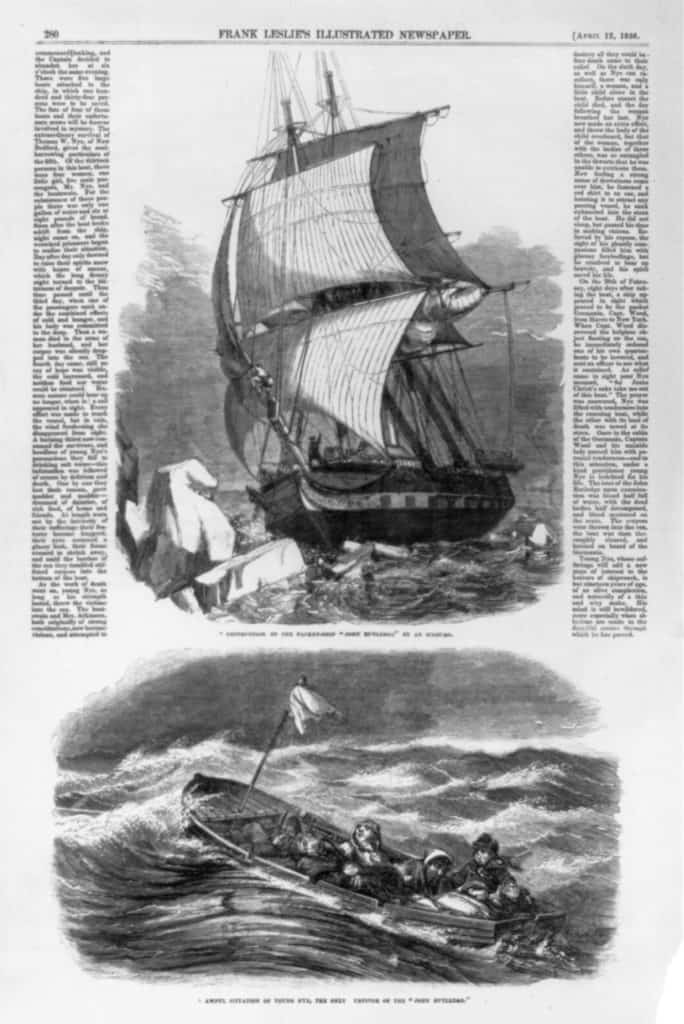 Adrift – An Account of the Experiences of 19th Century Irish Emigrants:

This book is far more than merely a recounting of the destruction of the ship and the harrowing experiences of Nye on the lifeboat in the icy waters of the winter Atlantic.

The author shares insights into life in the mid-nineteenth century, and creates a clear portrait of the struggles of the Irish people.

One hundred Irish emigrants were in steerage class on the John Rutledge when it struck an iceberg. The author delves into Irish history and shares many historical facts and the social implications of the Great Hunger in Ireland (1845 to 1852).

Murphy also explores the thoughts and motivations of the characters involved in this great tragedy. Told with alternating first person stories and narrative pieces the author uses his imagination to bring to life the brutal experiences of this tragedy.

About The Author, Brian Murphy:

Brian Murphy is a journalist at The Washington Post. He joined the paper after more than twenty years as an award-winning foreign correspondent and bureau chief for The Associated Press in Europe and the Middle East.

He has three previous books, including 81 Days Below Zero, and currently lives in Washington, DC, with his wife Toula Vlahou.

This book is available online from Da Capo Press.

You’ll also find it on Amazon or Barnes and Noble.

I found it at Target.

One lucky reader will win a copy of Adrift by Brian Murphy.

Any comment will do. What you write does not affect your chance of winning, but if you need inspiration why not tell us if you have a favorite historical book about Ireland or the Irish people.

A winning comment will be chosen randomly. Remember to leave your e-mail so that I can contact you should you win. Your e-mail won’t be published, just used to contact our lucky contestant for mailing of the prize.

The winner will be announced Sunday, September 16th, 2018, at the bottom of this blog post.

A big thank you to Da Capo Press for sponsoring this giveaway. And please feel free to share this little giveaway with anyone you know who might like to read this historical tale of the sea.

Thanks to all who left comments and supported this book giveaway. I really appreciate you.

A winner was chosen randomly using the Pick Giveaway Winner Plug-in for WordPress. Our lucky reader is ….

I’ll send her an email to let her know and get her book on its way in the mail.

Thanks to all for supporting this Irish American Mom giveaway, and for following my recipes and ramblings.