Last year we explored the history and cultural significance of Irish Famine Pots, the giant cast iron vessels created to cook massive volumes of soup to feed the starving Irish in 1847, the bleakest year of the Great Irish Famine.

I’m delighted to report the completion of a new documentary film about the preservation of these cast iron pots and their historical significance.

Today, one lucky reader will have an opportunity to win a copy of this DVD.

But before entering let me first hand you over to Mattie Lennon, who will tell us a little bit more about these Irish Famine Pots and this new documentary which he has completed with his friend John Cassidy …… 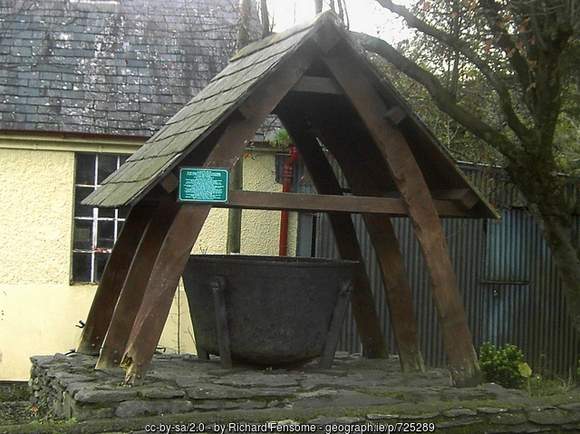 The Famine Pot By Mattie Lennon:

Most features of the Irish potato famine have been very well documented. However, because of bigotry, pride, misguided patriotism and inherited false information, one aspect of the potato failure, the story of the humble Famine Pot, was almost air-brushed from our history.

The discovery of a broken famine pot in the townland of Cullenboy, County Donegal prompted a local historian to do some serious research on the subject.

Interviews with experts on the period, and contact with resources at home and abroad, revealed the extent to which the Quakers and organisations around the world came to the aid of the starving Irish.

The Sultan of Turkey contributed £1000. (He had offered £10,000 but since Queen Victoria had given £2,000 he couldn’t offend Royal protocol and was obliged to give less than the Monarch.) 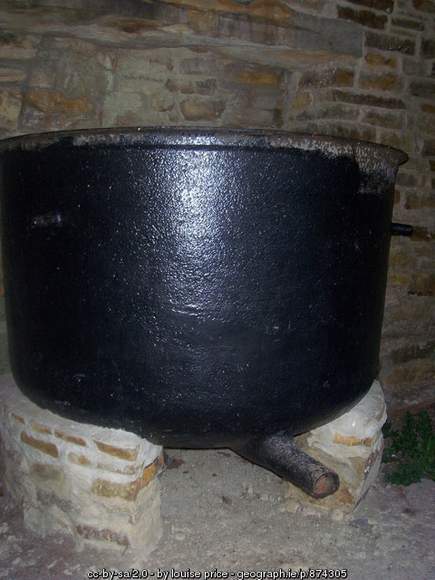 Darby’s iron- foundry in Shropshire sent fifty-six famine-pots free of charge to Ireland and it has been established that by 1847 there were 1,850 famine-pots in operation, feeding three million people in Ireland. Over the period of the famine the Quakers supplied pots to twenty-seven counties.

At one stage, at Templecrone, Co. Donegal, there were in operation four famine-pots, being used twice a day to give out 600 gallons of soup at a cost to the local organisers of £2 10s.

Those pots were made of cast iron and many survive to this day.

The method of distribution required people to line up in front of the public Famine Pot, saucepans and pans in hand, waiting for the soup to be ladled out. Some people saw this as debasing and demoralizing, but the alternative was death by starvation.

Information received through research has led to the setting up of the website, Irish Famine Pots, and consequently the making of a short film.

The Famine Pot is a documentary, on DVD, which tells the story of this grim period in our history. It includes footage of areas which were worst hit by An Gorta Mór and features interviews with historians, Professor Christine Kinealy, Rob Goodbody, Dr Ciaran Reilly, Sean Beattie, Rev. Jack Lamb, Dr Gearóid Moran and Colum Cronin.

Matthew Jebb, Director of the National Botanic Gardens gives a scientific account of the nature of the potato blight.

The Famine Pot, new documentary is now available on DVD (€10 including postage) from, Irish Famine Pots. Details can be obtained by e-mail…. 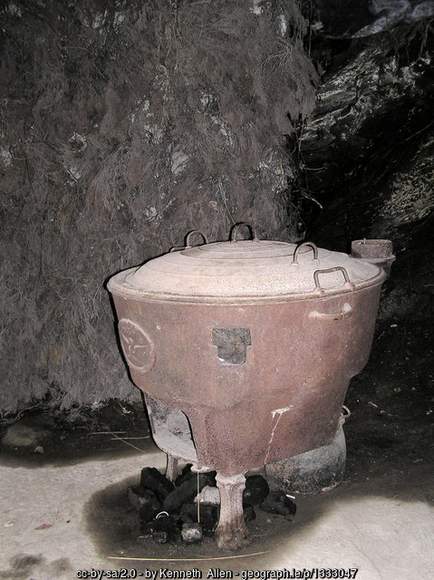 Any comment will do. What you write does not affect your chance of winning, but if you need inspiration for your entry why not tell us if your family has a story of immigration associated with the Irish Famine, or if this tragic period of Irish history is of interest to you.

A winning comment will be chosen randomly.  Remember to leave your e-mail so that I can contact you should you win. Your e-mail won’t be published, just used to contact our lucky contestant for ordering and mailing of the prize.

The winner will be announced on Tuesday May 31st, 2016, at the bottom of this blog post.

A big thank you to Mattie Lennon for sponsoring this prize. And thanks to everyone who supports this little giveaway and spreads the word about this important project.

And a big thank you to Mattie Lennon for sponsoring this prize and for introducing us to his historical research. Wishing him every success with this DVD.