Irish airports are overflowing with emotion this week, as young Irish people return to America, Canada, England, Australia and many other corners of the globe, they now call home. 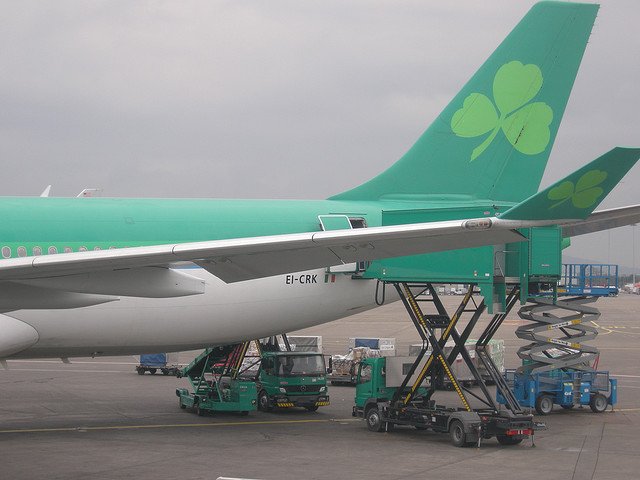 I left Ireland long before the Celtic Tiger roared, and then meowed into oblivion. Back in the late 1980’s when unemployment was over 20%, I packed my bags to find work in America.

During the recent boom times, many believed immigration from Ireland was finally a thing of the past. But alack and alas, the recent recession has turned the tides of immigration. Both young and old now leave their beloved island once again, in search of work. 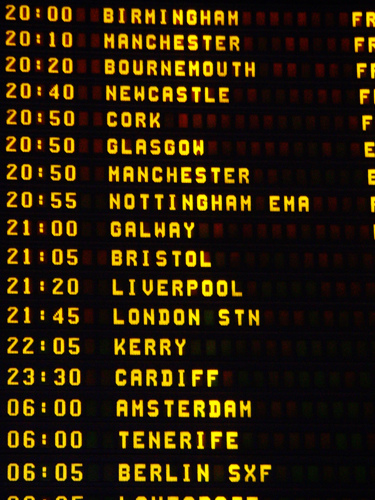 I was lucky to travel home from New York to spend Christmas in Ireland each year, before I got married. No matter how much I enjoyed the festivities, once the bells rang out on New Year’s Eve, thoughts of leaving never left my mind.

Eric Bogle wrote a song Leaving Nancy, which has been recorded by the Furey Brothers and Davey Arthur. The lyrics encapsulate the pain of leaving, which so many are feeling this week.

“My suitcase is lifted and stowed on the train

A thousand regrets whirl around in my brain

The ache in my heart is a black sea of pain

But you stand there beside me so lovely to see

But the grip of your hand is an unspoken plea 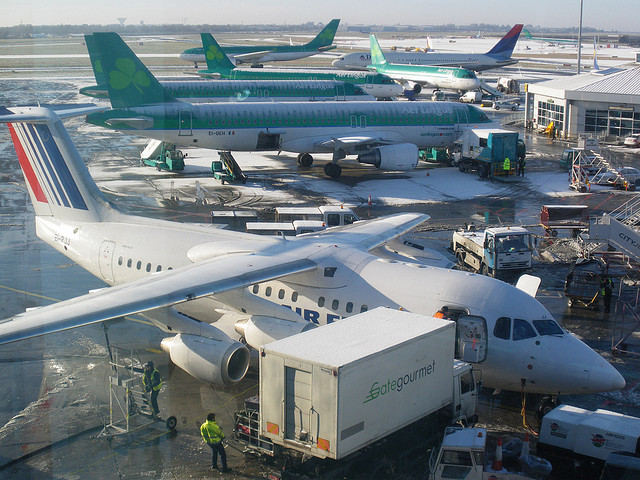 I usually left from Shannon Airport in the early 1990’s. I hope the airport has been remodeled, because the layout of the departure gates only made leaving more difficult. Back in my day, after heartbreaking goodbyes, the sorrowful traveler took an escalator to the departure hall.

The agonizing minutes of separation from family felt like climbing a “stairway to heaven.” I tried not to look back and down. My family attempted to leave promptly, but we never succeeded in executing our pre-planned, abrupt departures.

We hugged, with tears in our eyes. Bravely I faced the security line, knowing there was no point in trying to delay the inevitable. After a few years, I knew Mom had trained herself not to go teary-eyed as I clutched my boarding pass, and stepped aboard the escalator. We both put on brave faces, but inside we were dying. 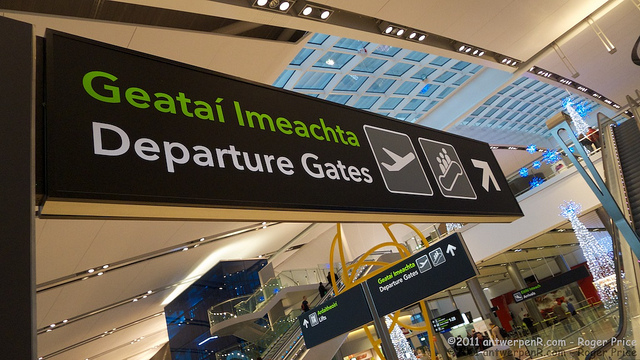 As I slowly drifted upwards and away, I turned in hope, searching my parents’ eyes, for what I am not sure. I was not examining their tears, or trying to add to their grief with my longing stares. Perhaps I was looking for some kind of ­benediction, a parting blessing, approval for choosing this path they never wished me to take.

Now that I am older and have children too, I understand their sorrow. Their final good-luck wishes were for my safety and well-being. A final benediction was impossible. Parents can never fully let go. 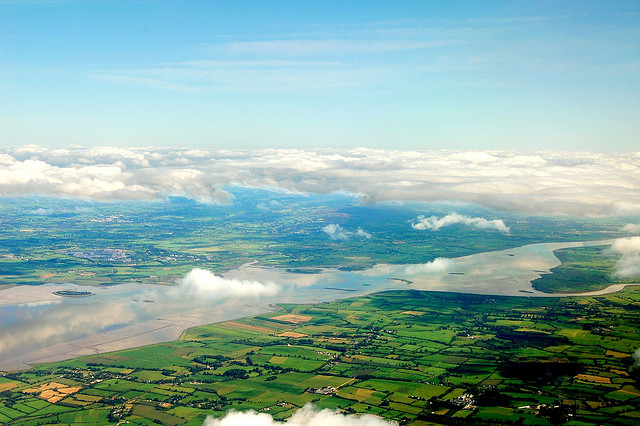 An Aerial View of the Irish Countryside

And so, when it comes time for my kids to leave home, I will simply refuse to let them leave. Maybe they can move to an adjacent state, but never across the globe. I will just tell them their mom hates airport goodbyes, and hopefully they will never stray too far away from me.

But let’s be honest, only time will tell …..

To all those leaving this week I advise bringing tissues. Whenever I left on a clear day, and peered out the airplane window at the quilted, patchwork of green kissing the ocean, I felt like I was leaving a little piece of me behind.

Wishing all my departing, fellow countrymen safe travels this week.

Share my recipes and ramblings with the world
« Irish Toasts And Blessings For A Happy New Year
Tongue Tripping Typos: Do You Hate Them Or Tolerate Them »