Trees in Ireland have always been closely associated with our rich history and ancient mythology.

Trees are loved by the Irish and have featured prominently in Irish culture and society. We can find evidence of this love of trees from the times of the ancient Celts. These ancestors of the Irish people believed trees had mystical powers and they turned to them for help in times of hardship.

The Celts actually worshipped trees. They considered trees to be sacred. Trees brought them closer to nature and were important symbols in the functioning of their society. 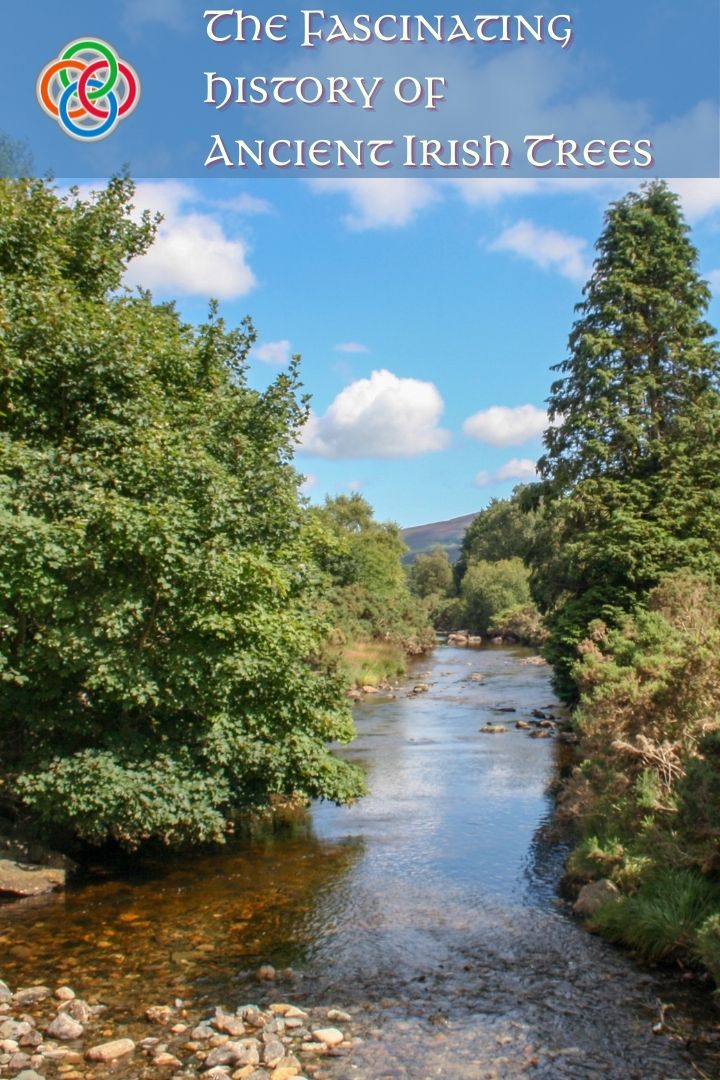 There are many reasons why the Celt people loved trees. They even performed rituals to honor their native trees.

For them trees were symbols of human life. They believed that certain trees could impart desired qualities and gifts to those who venerated them.

They also believed that trees were where magical creatures lived. The spirits of nature found their homes in trees and even demons could seek shelter in trees.

To avoid trouble, the Celts believed tree dwelling supernatural entities had to be appeased to prevent them from doing harm to the Celts.

They also held a strong belief that the Gods used trees to communicate to people. They looked on trees as a link between this world and the next.

Finally, there was the simple fact that trees held many medicinal properties. Theyt could be used to help cure maladies and ailments if properly used. Knowledge of these natural cures were important to the Celts.

This strengthened the Celt’s belief that trees were magical, mighty beings, and definitely worthy of their deep reverence.

Trees were so important to the Celts that they used them as the basis for their language and alphabet.

The Ogham Alphabet was used to write the oldest form of the Irish language, beginning sometime in the 4th century.

Ogham was read from right to left and from the bottom up. It is known as the Tree Alphabet. 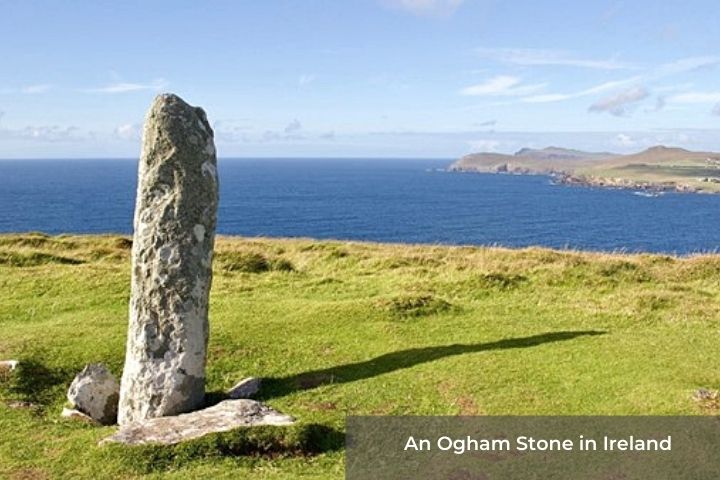 To express their deference for trees, each letter in the Ogham Alphabet was named after a tree.

The original eight letters of the alphabet were named after birch, willow, alder, pine, yew, hazel, ash and oak trees.

With the passage of time, the remaining twelve letters of the alphabet were all named after trees.

Ancient inscriptions of the Ogham Alphabet are still found on stone monuments scattered throughout Ireland.

Most surviving stones with inscriptions are located in southern Munster. Their messages are comprised of simple names and nothing more.

For example, a typical Ogham inscription would merely state: “Conor, son of Eoin’’.

This Ogham or Tree Alphabet is perhaps the best example and proof of how central trees were to ancient Irish society.

The ancient Celts believed that trees were symbols of life. Each type of tree had its own special place in the world, holding meaning and purpose for man to interpret.

They believed certain trees had certain powers which could be granted to those who worshepped the tree.

The following is a list of some native Irish trees which were extremely important in Celtic society. You will also find the specific gifts they were believed to possess. 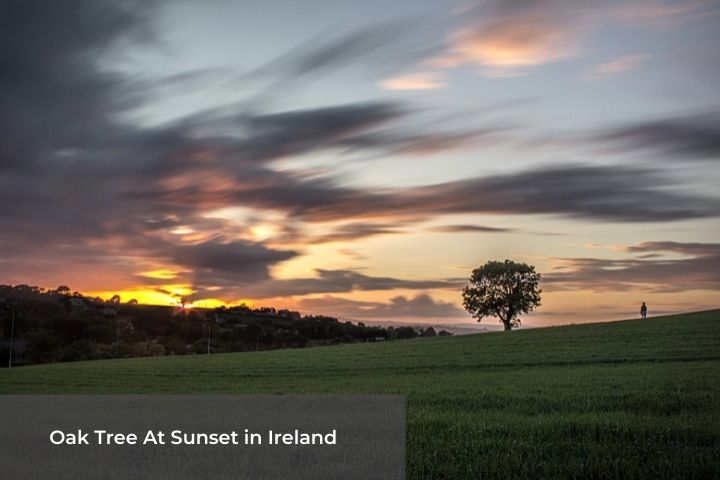 The Oak tree, a native tree of Ireland, was known as the King of the Forest. It is known for its strength and endurance.

It is one of the longest living trees, and is known to live for many centuries. The ancient Celts believed Oak trees represented wisdom, power and strength. They therefore chose it for their buildings. Its strength was prized for construction.

Oak trees were most sacred tree of all to the Druids.

The actual word Druid comes from the Celtic word for oak, “Duir’’.

The Hazel tree played an important role in ancient Ireland.

It was seen as the Tree of Knowledge. The Celts believed its nuts could grant immeasurable wisdom and boundless knowledge. They were very happy to eat the nuts of the Hazel tree in their quest for knowledge.

Hazel trees were also an invaluable source of food. Coming up to Samhain in the fall or autumn months these trees produced an abundance of nuts. Eating hazlenuts was thought to be a way to ward off illnesses. But they didn't even need to be eaten. The Celts kept hazlenuts in their pockets to ward off evil and illness.

The Rowan tree was the symbole of courage and protection in Celtic mythology. It also was seen as the Tree of Life.

The Celts believed that the Rowan tree stopped the dead from rising. It too was eaten at Samhain because its bright red berries could protect them from evil forces.

A Rowan branch placed in a bed was said to keep the devil and witches at bay, while wearing a sprig of Rowan could offer protection from spells and charms.

Rowan trees were often planted next to houses, in order to protect them. 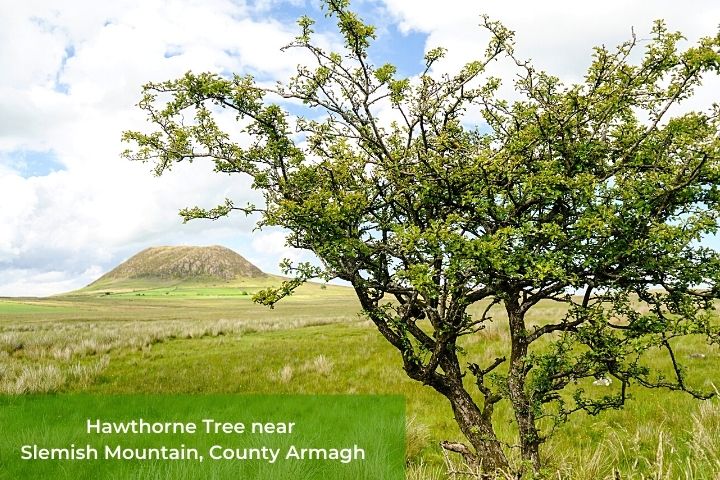 The Hawthorn tree was considered by the Celts to be particularly magical and supernatural. The subject of much superstition, it was widely believed that Hawthorns were the homes of fairies, which is why they are often referred to as Fairy trees.

It was thought to be extremely bad luck to cut down a Hawthorn tree, remove its branches or interfere with it in any way, lest you disturb its mystical inhabitants.

Even in the times after the ancient Celts, roads were often diverted to avoid cutting down a Hawthorn tree, so strong was the superstition.

However, if treated right, the Hawthorn could bring great fortune to its owner or those who lived nearby.

The Crab Apple tree was believed to represent fertility, youthfulness and birth in Celtic mythology. The Celts believed the apple was a symbol of rebirth and would often bury apples in graves as food for the dead.

Crab Apples are the only Apple tree native to Ireland and their fruit was made into wine, cider and flavoured mead. 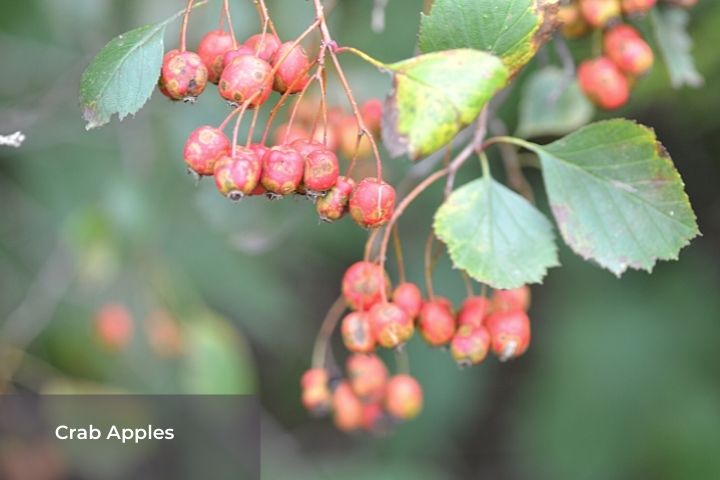 The Crab Apple was also associated with love and marriage. It was said that if you threw the pips of a crab apple into a fire while saying the name of your love, the love was true if the pips exploded.

The wood of the Crab apple was also burned by the Celts during fertility rites and rituals.

The Birch tree is another tree with strong fertility connections. In Celtic mythology, it was a tree of new beginnings and was seen as a symbol of renewal, protection and purification.

It was heavily featured in the Celtic festival of Beltane, the festival of new beginnings, which was held at the very start of summer.

Brooms and baby cradles were made from Birch branches, as it was believed the protective and purifying qualities of the Birch tree would banish evil spirits. Its leaves were also often brewed in tea to treat infections. 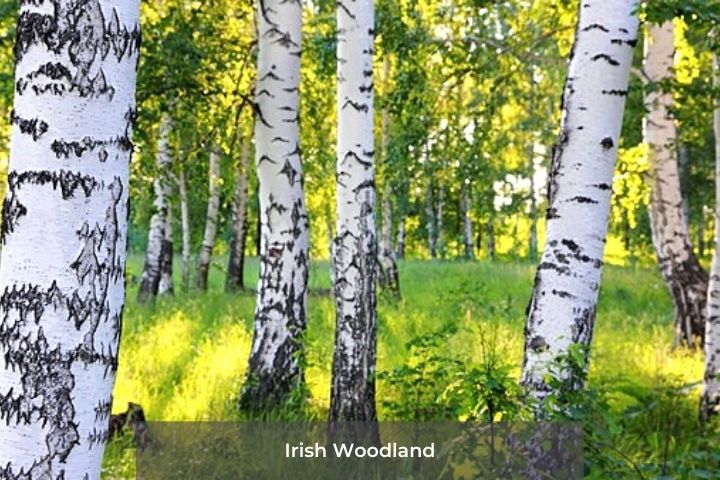 The Significance of Planting a Tree

Though people are now far less inclined to believe in the magical properties of trees, they continue to hold great meaning in modern society. Trees are still seen as symbols of life, rebirth and healing. In recent times, they are also seen as symbols of hope.

Planting trees is one of the greatest assets that we have in the fight against climate change and healing the planet. They produce a myriad of invaluable benefits to the environment and their natural ability to cleanse and purify air is now more important than ever.

Trees have always evoked a sense of calmness and peace, but also a sense of unshakeable strength.

This is why planting a tree in honour of a loved one is such a meaningful and powerful tribute.

Gifting a tree, whether it be in memory of someone or in celebration of an occasion, is a heart-warming, long-lasting act of compassion. A memorial tree can provide us with solace and serenity in the face of loss.

In light of all this, the ancient Celtic belief that trees can protect and help us during times of adversity has proven to be true in more ways than one.

To find out more visit the Irish Trees website.

Enter Our Giveaway For a Commemorative Irish Tree Planting

To help generate interest in Ireland's trees, www.irishtrees.ie are offering all our Irish American Mom readers the chance to win an 'Irish Family Tree' every month.

You can enter and check out the September giveaway here.