Ogham (pronounced oh-am) is an ancient form of Irish writing comprised of patterns of parallel strokes to the side or across a continuous line. 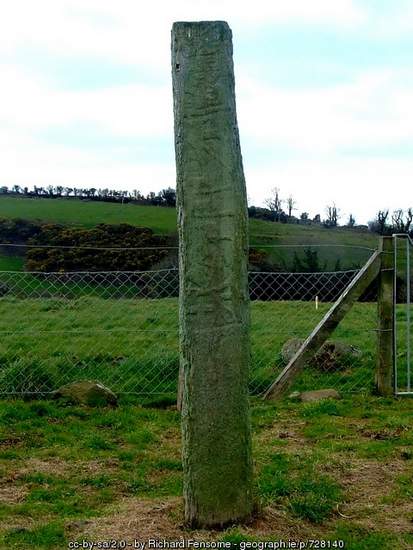 Well, that's the technical explanation of this old Celtic form of communication, but for me the very word brings to mind images of ancient stones pointing skyward in mystical spots throughout the Irish landscape.

So today, let's explore some of these magnificent structures from centuries past and learn a little about the stories and messages carved on their edges and faces.

The old standing stone, pictured above is in Bantry, County Cork. It bears Ogham inscriptions together with Christian carvings and images of men in boats.

Perhaps this stone was erected to mark the departure of St. Brendan and his crew of monks, before they left the shores of Ireland to cross the Atlantic for America. 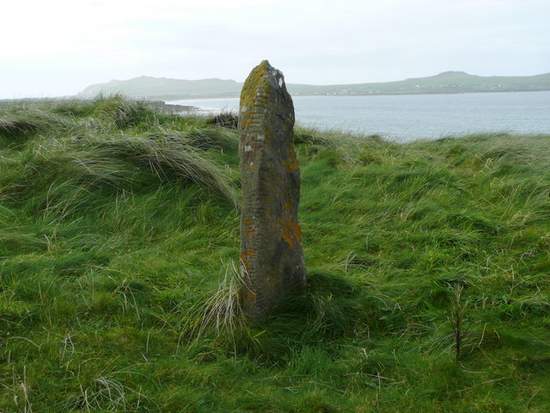 Ancient monuments and standing stones are scattered throughout the Dingle Peninsula in County Kerry. It would quite literally take days to see each and everyone of these stone mementos from the past.

The stone pictured above is near Ballyferriter. 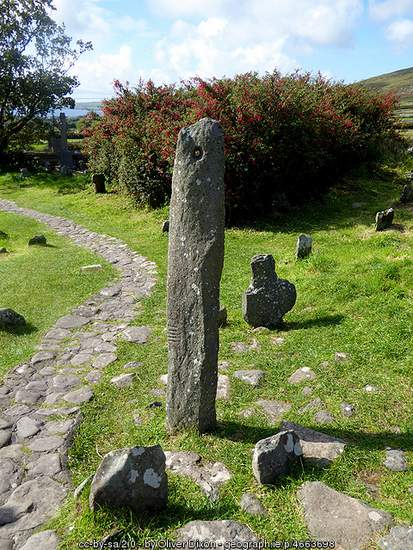 This Ogham stone is found near Kilmalkedar Church in County Kerry. It amazes me to think this actual piece of rock has stood on this very spot for centuries.

The Ogham inscriptions on its edges represent a very primitive writing form, but this stone bears a message our ancestors wished to share. Little did they know we would be standing in awe, trying to decipher their meanings hundreds, nay thousands of years later. 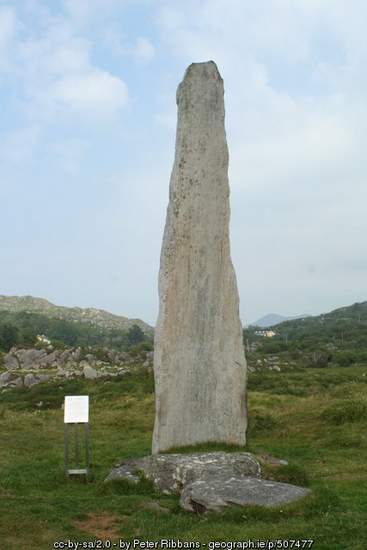 The Ballycrovane Ogham stone in County Cork is the tallest in the world and stands at over 17ft high.

Many of these stones are found in areas called "Cloghmore" which means "big stone" in Irish.

So if you come across an Irish town with a name that starts with "clogh" or "cloch" , then more than likely there's an ancient stone somewhere nearby. 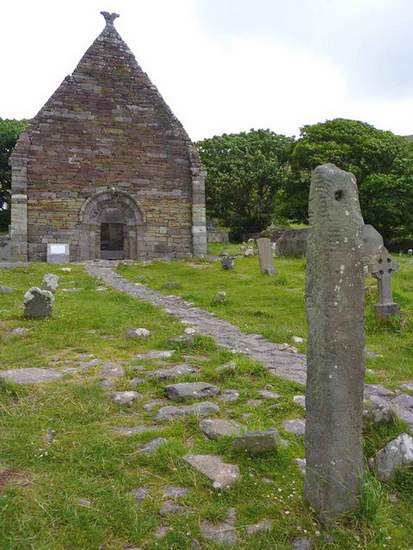 A medieval Irish manuscript called the "Book of Ballymote" claims this ancient script was invented by Ogma, the Celtic god of literature and eloquence. I think Ogma has been inspiring Irish writers for centuries.

The notches and strokes of Ogham are etched into stone adjacent to or across a central midline. Twenty letters make up the Oghamic alphabet.

Most inscriptions usually represent personal names, or tribal names. Inscriptions start at the bottom of large upright stones, and run upward towards the top.

The inscriptions run over the top of some stones, as if the sculptor ran out of space (a bit like how my children sometimes misjudge the space available to the edge of their copybooks). 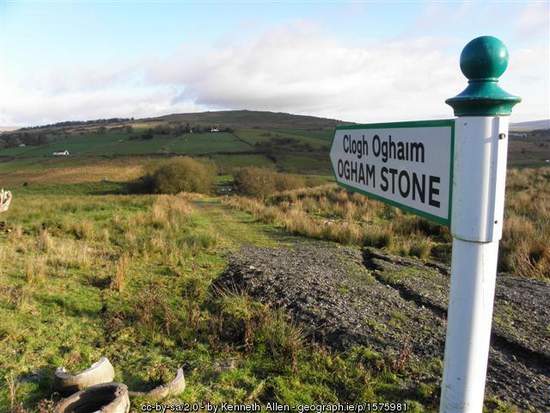 Ogham stones are littered all around the Irish countryside, but not all are found right by the side of the road.

Be prepared for a little walk when going in search of ancient pillars. Many of these stones are found right in the middle of a working farm field. Cows and sheep meander around these ancient reminders of our predecessors. 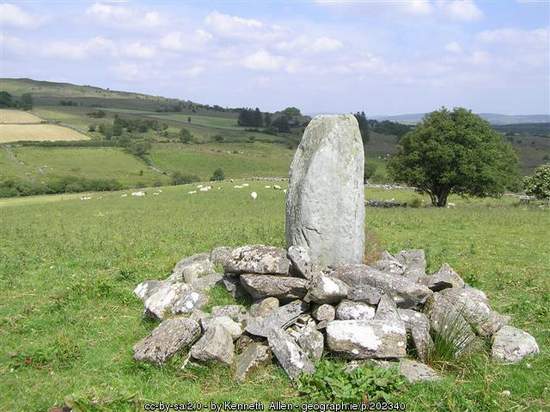 The rocks around the base of this old stone at Aghnascribba, near Greencastle in County Tyrone were placed to protect the stone from back scratching cattle.

The name of Aghnascribba, comes from Gaelic or Irish and quite literally means "the place of the writing". The ancient stone markings on this monument probably inspired the name for the hinterland all around it.

The word "maqi" is a precursor to the more modern Celtic word "mac" meaning "son of", so it appears this stone remembers Dotello who was the son of Maglani. 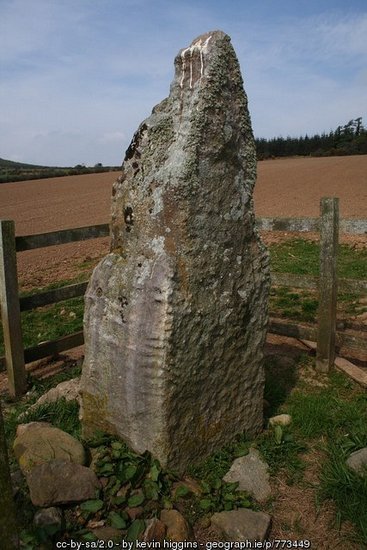 Their survival is testament to how Irish people revere their past. I am proud of how the Irish continue to acknowledge the spiritual essence of a place by leaving these stones undisturbed.

May they stand for many centuries to come.