Today is St. Brigid’s Day and all across Ireland people still adhere to the old
tradition of mounting a St Brigid’s cross in a place of honor in their home, to protect against fire and evil spirits. The origins of the cross are the topic of today’s post.

St. Brigid is attributed with creating the distinctive form of the cross which bears her name. Known as an Irish christian symbol, the original design was probably inspired by the pagan sunwheel. 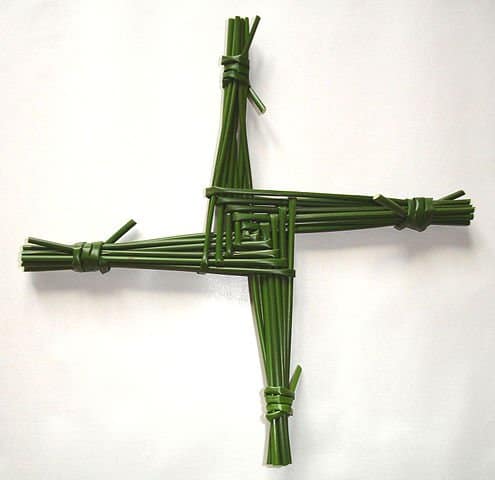 The cross is most frequently made from rushes, but sometimes straw is used. A distinctive square of woven rushes is the centerpiece, from which four radials extend, each tied at the end.

As a school child in Ireland in the 1970’s we learned an old legend about how this cross came into existence. St. Brigid took on mythical significance in our young imaginations. We grew to love and admire her independent spirit, her determination and dedication to God. Here’s how the old tale goes.

An old pagan chieftan lay delirious on his deathbed in Kildare. In some versions of the story this chieftan is her father. His servants summoned Brigid to his bedside, in the hope this saintly woman might be able to calm his restless spirit.

As she sat by his bedside, trying to calm and console him, she picked up some of the rushes which were strewn across the floor of the room. As her fingers played with the dry strands, she started weaving them together, eventually forming a cross.

As she worked she explained the meaning of the cross to the sick man. Her calming words brought peace to his soul. The chieftan’s fever broke, and he grew quiet. Captivated by her lesson of love and enlightenment, the old chieftan was baptized as a christian, just before his death.

Once word of his conversion reached beyond his lands, news spread fast. Ever since, Irish people have made rush crosses to commemorate the occasion. 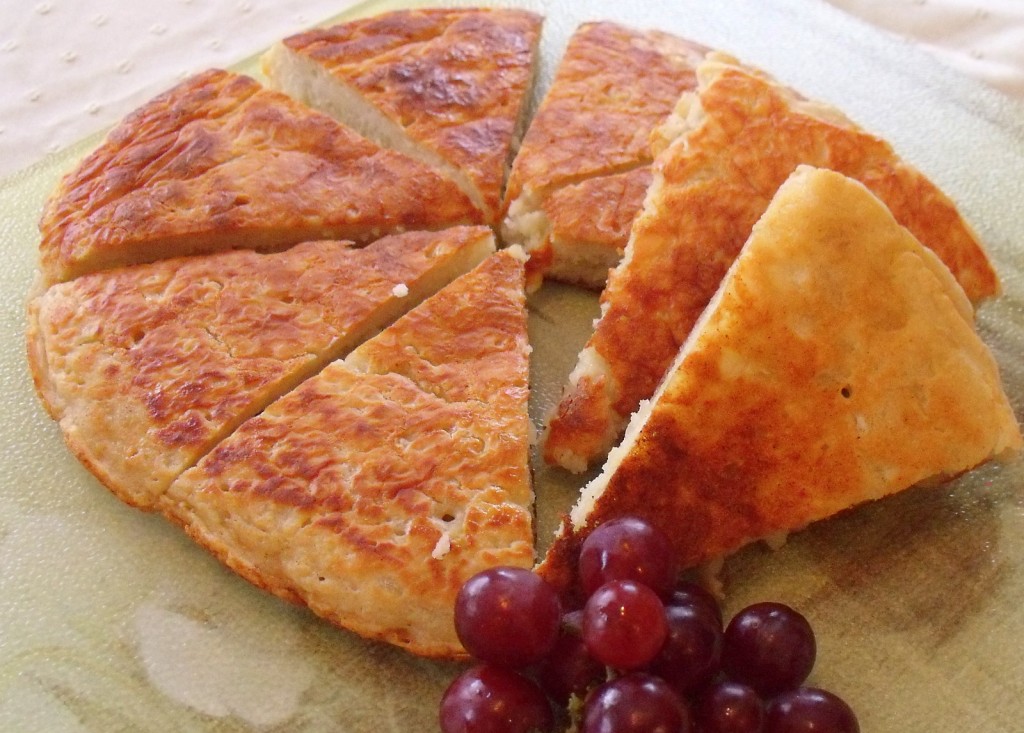 Happy St. Brigid’s Day to all. You may want to celebrate by making Boxty pancakes, a traditional food served on this day.