When most Americans hear the word "turf" an image of green grass immediately comes to mind, like the lush green turf of a golf course. 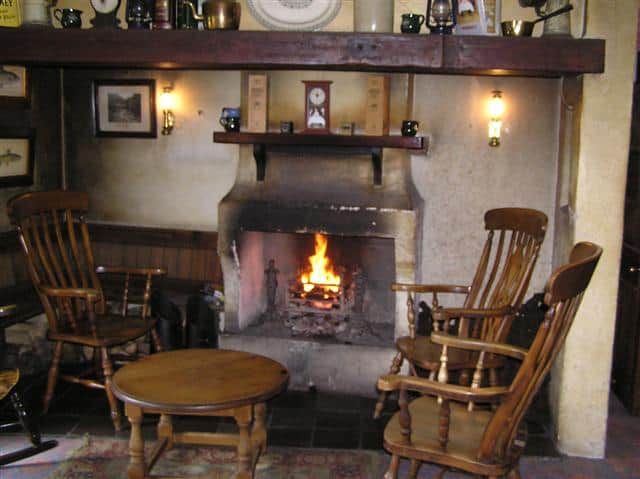 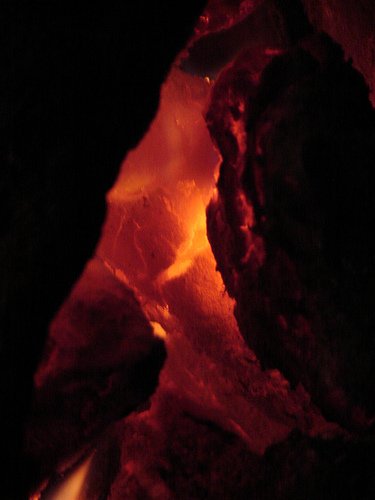 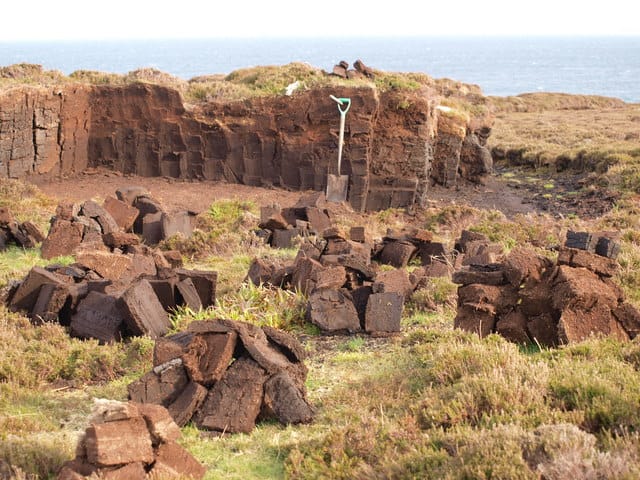 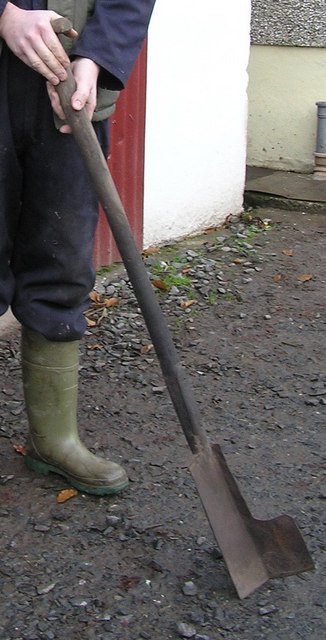 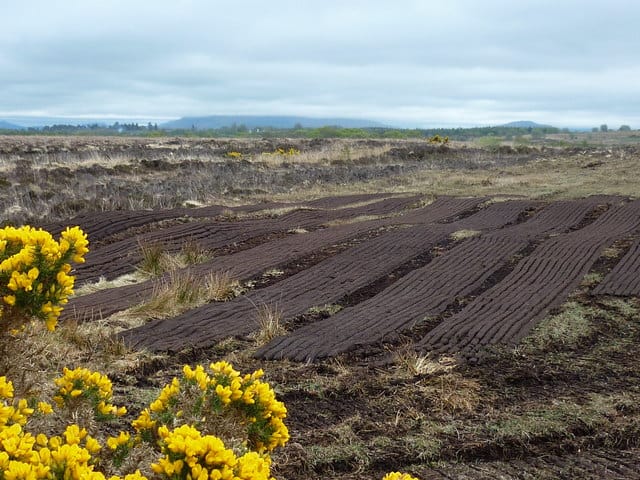 So much work was involved entire families, in years gone by, took part in the summer turf cutting expeditions to the bog. Everyone's effort was necessary to save enough fuel to sustain the family throughout the cold winter season. 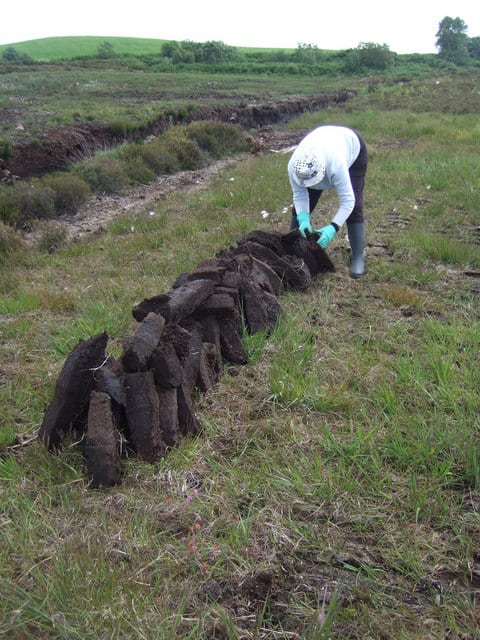 The turf blocks or sods are then stacked into small 'stooks' as shown in the photo above.

Standing the sods of turf upright and leaning them against each other is no easy task. This process is called 'footing' the turf. 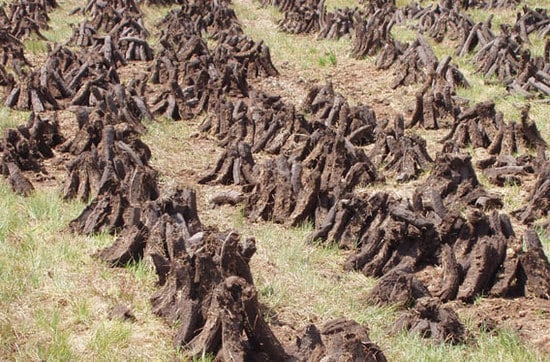 The sods of turf in the picture above are almost ready for the fire. However, they probably wouldn't see a match until the cold days of winter. 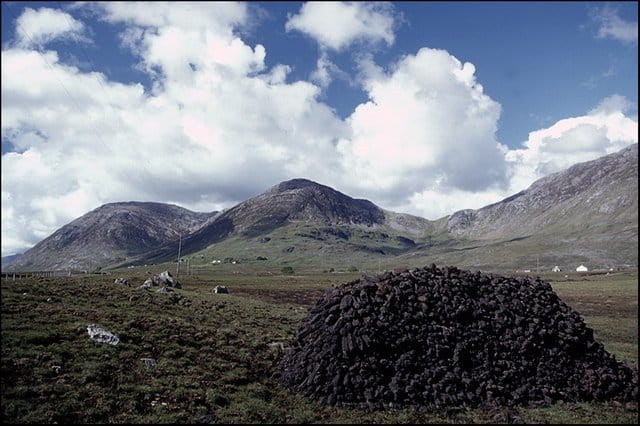 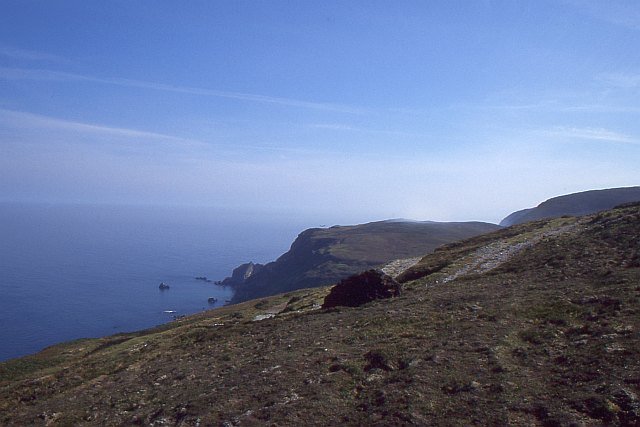 Today turf cutting is primarily completed by machinery in the vast bogs of Ireland's inland counties. But you'll still see turf stacks in unusual places along the coast. 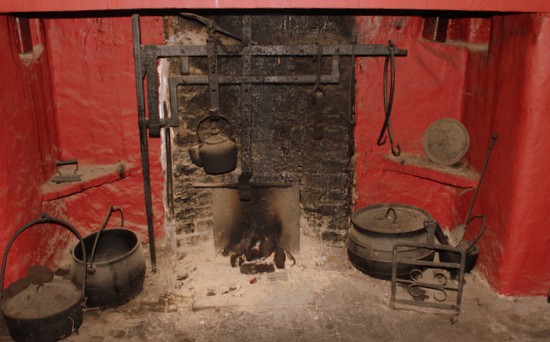 In my granny's cottage kitchen in rural Ireland turf was the fuel of choice. I still remember the bright, lapping flames of the turf fire, and the sweet aromatic scent that permeated her kitchen. 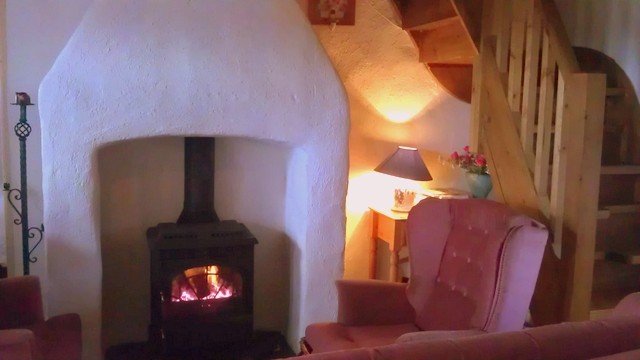 If you've every wondered about how turf is cut, just check out this video from County Antrim. Thanks to the filmmakers for giving me permission to link to it ...

In the next video you can take a closer look at the turf ...

Let us know in the comment section below if you have ever had the pleasure of warming your toes in front of a glowing turf fire, or perhaps you endured days on end of back breaking labor to save the precious turf when you were a child. I'm looking forward to reading all your stories. 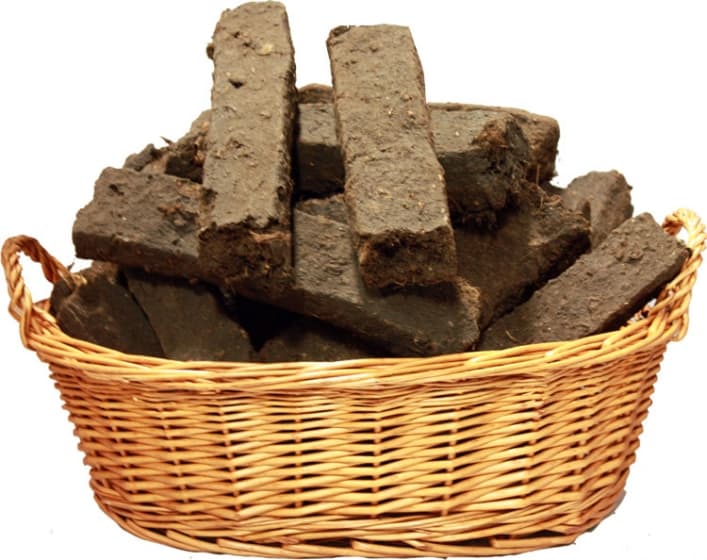 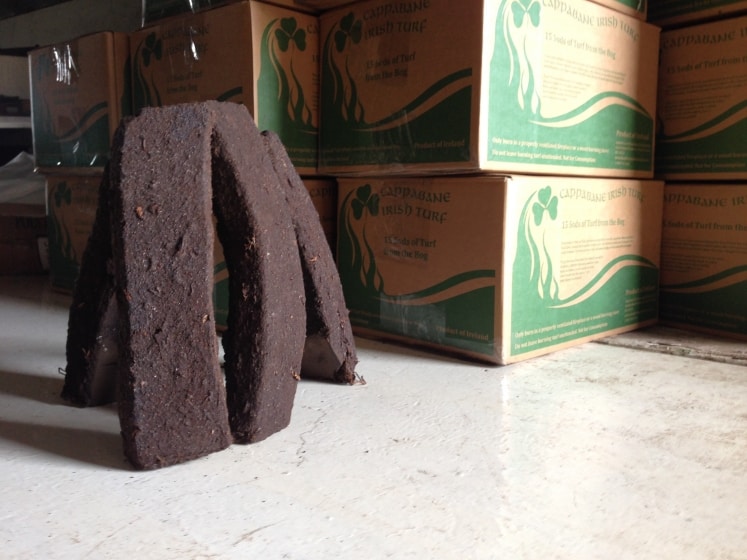