I love Irish food. My childhood was happy and healthy, nourished by plenty of potatoes, succulent meat, fresh fruit and vegetables, and my mother’s homemade cakes, breads and desserts.

When I moved to America over twenty years ago I was astonished to hear so many disparaging remarks about my national cuisine. 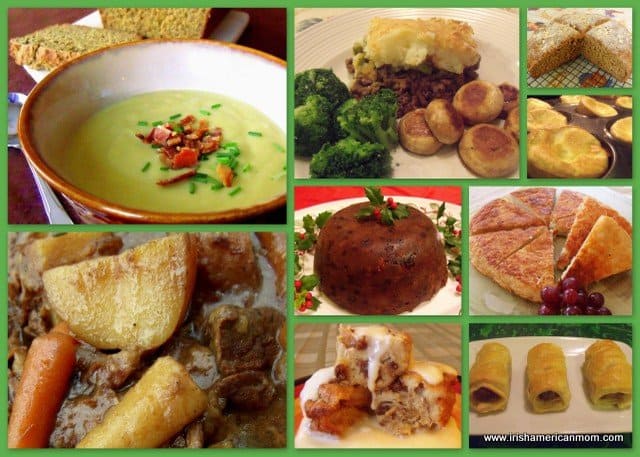 I remember watching the Today show one morning. Bryant Gumble was hosting back then. His recent trip to Ireland was a highlight of that particular show. I watched with pride as he praised the beauty of my homeland. My bubble soon burst. He threw his eyes to heaven once he mentioned Irish food.

When Irish American comedian Dennis Leary was being roasted by

his friends at Comedy Central, he joked it should have been a boil

instead of a roast. His Irish mother and most Irish women have a

penchant for boiling nearly every meal.

Our cooking has a reputation for being bland, sauceless and lacking in flavor. This opinion is understandable in a world where exotic spices are over-rated, and food is expected to appeal to the eye more than to the palate.

The old joke tells how the Irish cook’s spice drawer holds nothing but salt and pepper. 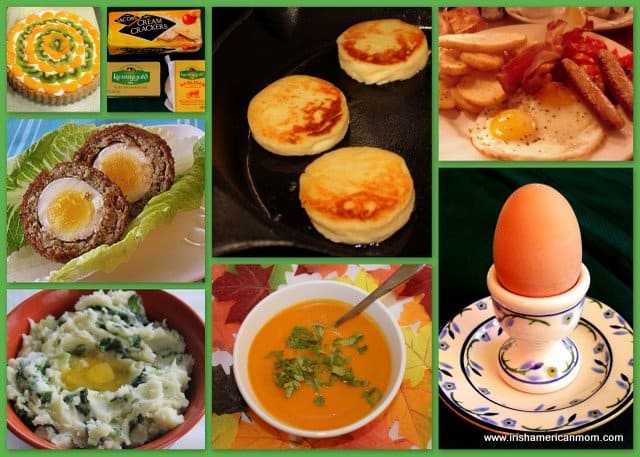 Irish food may seem dull to some, but for me it is the straightforward simplicity of its ingredients and techniques that put it in a distinctive, satisfying class all of its own.

French cuisine is magnificent, yet not for the everyday cook with little time to fuss and fume over sautee pans and steaming pots.

In years gone by the Irish cook had little more than an open fire and a big black pot for cooking. As a result traditional Irish meals are not elaborate.

Simple and economical, Irish food does not try to mask the true

flavor of wholesome, quality ingredients. It is an unpretentious

cuisine, whose strength lies in its simplicity.

Many Americans eat out way too often. Sometimes I think the home cook is intimidated by the complexity of many ethnic cuisines. Cooking shows focus on elaborate recipes and visually appealing dishes, rather than assisting the home cook to learn simple, economical family favorites.

Irish Americans have an unjustified, inferiority complex about the traditional recipes of our forefathers. We need to learn to be proud of our cuisine.

To this day it is the rustic food of my childhood that I long for, not the fancy American food I first tasted when I lived in New York. 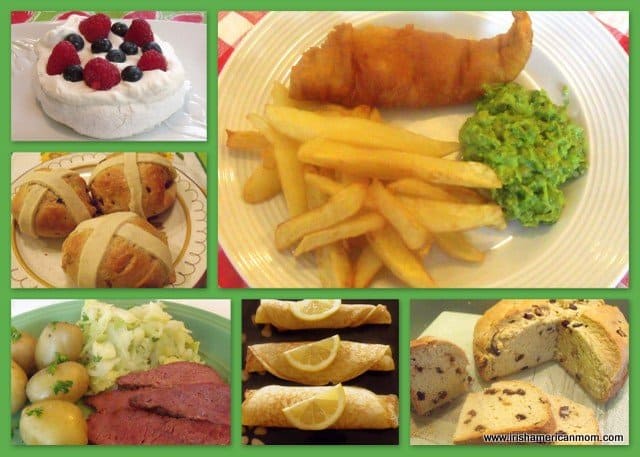 Anyone who has tasted a Guinness beef stew, or a roast leg of lamb, can testify to the glories of Irish cooking.

I believe Irish side dishes are perfect to pair with turkey. Why not give an Irish twist to a traditional American Thanksgiving meal.

We’ll learn how to cook rutabagas, and roast potatoes.

Other great Irish sides for Thanksgiving include cider glazed carrots and cauliflower cheese.

And so I make no apologies for Irish food. I plan to keep cooking as

my mother cooked, and her mother and grandmother before her.

Why not check out my free Irish recipe book, which you can save and print at home.

Come back and visit often. Together we can bring Irish American food to a new level of excellence and appreciation.