Irish people love a cup of tea any time of day. Whether it's a first cup of hot tea in the morning for breakfast, or the last sip of milky tea in the evening for supper, most Irish people savor their cups of tea throughout the day.

Did you know that Ireland ranks second in the tea drinking per capita global tally? 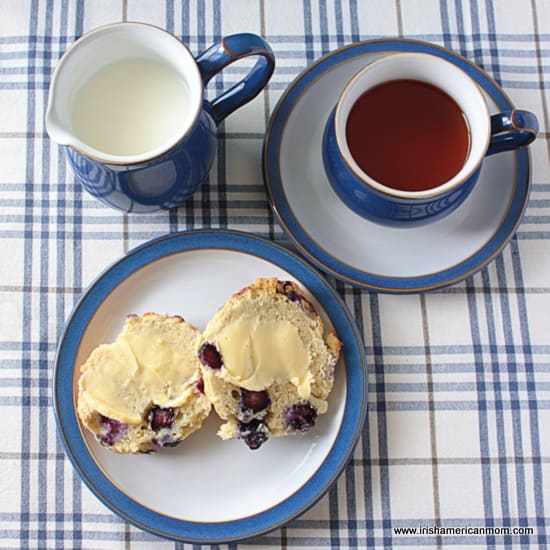 Turkey ranks number one on the list where people consume an average of 12.96 pounds of tea per person for year. In Ireland our tea usage amounts to 4.83 pounds of dry tea leaves per person per year according to sources on Wikipedia.

Now that's a whopping amount of tea per capita each year. In Ireland we even soak fruit in tea to make a delicious tea brack to accompany our favorite beverage.

To celebrate the upcoming holidays I thought we should kick off a season of weekly giveaways with a prize for none other than an Irish tea and cookie hamper from Food Ireland. 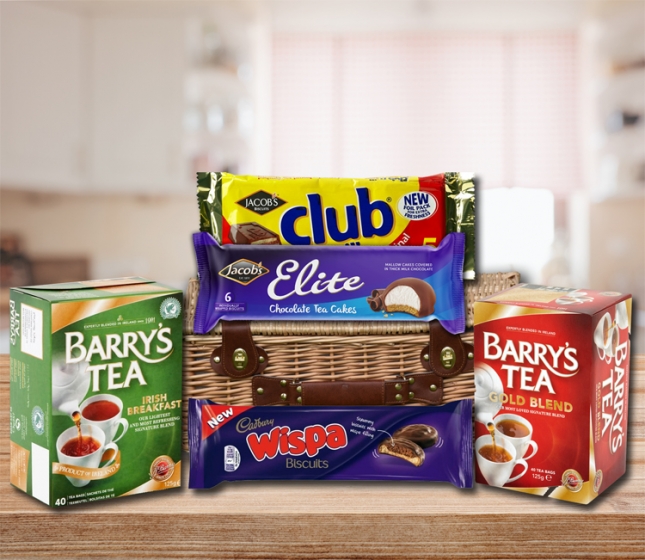 You'll find all kinds of Irish food available on their online store. You can check out my roundup of some of the goodies they keep in stock if you're thinking about treating yourself to a taste of Ireland over the holidays.

Let's explore some of the history of tea drinking in Ireland before I share the giveaway details. You'll find all the information at the end of this post if you'd like to be in with a chance to win this lovely gift basket.

The Introduction Of Tea To Ireland:

The English first introduced tea to Ireland in the mid 18th century, after it was initially brought to Britain in the 17th century by the East India Company.

Since tea was imported all the way from India it was a very expensive product when it first appeared in Britain. Only the aristocracy and ultra rich people of the day could afford to drink tea and even they kept the precious dried leaves under lock and key. 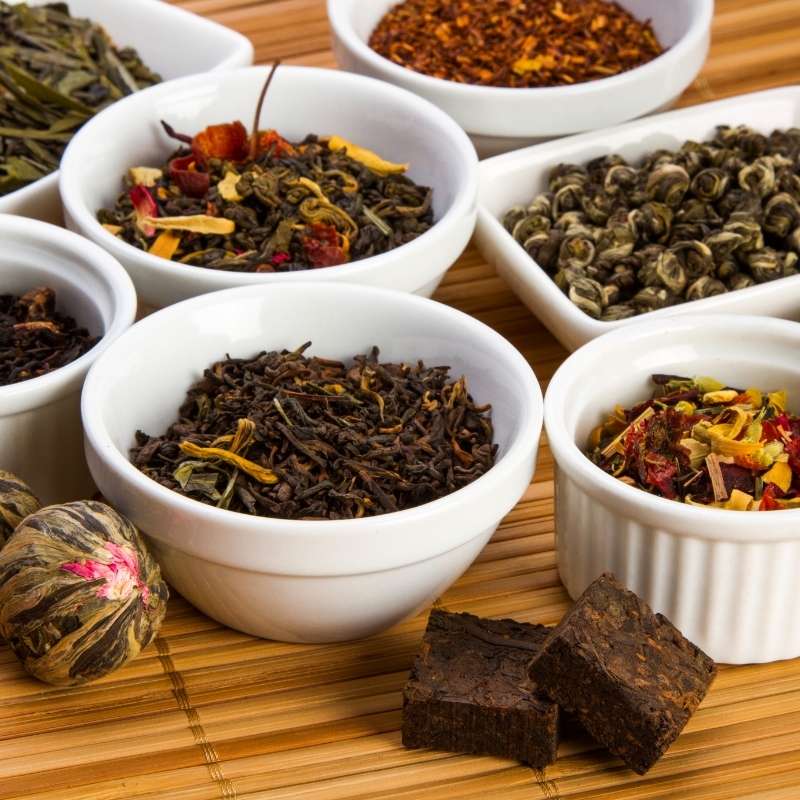 Catherine of Braganza, who was the wife of Charles II of England made tea drinking fashionable by introducing the ritual of drinking tea to the English Royal Court. And so to keep up with the royal Jonses, the aristocracy of England took to drinking tea like ducks to water. The Anglo Irish aristocracy were not far behind adopting a royally approved tea drinking habit.

At first the poor rural people of Ireland could not afford tea. However the cost of this luxury beverage fell significantly after the removal of tariffs in 1784 (remember the Boston tea party escapades that all revolved around tariffs on tea).

Adoption Of Tea Drinking By The Rural Irish Poor:

The price of tea fell by half with the removal of these royal taxes. The less well off folk throughout the United Kingdom and Ireland started testing this warming brew. 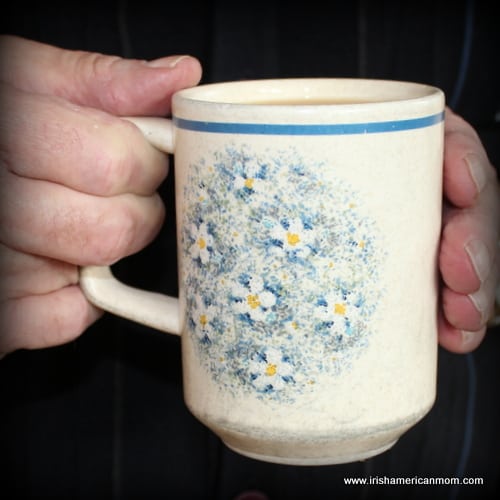 Believe it or not, tea was one of the most smuggled goods in Ireland throughout the 1700's. Irish consumers, even the poor, welcomed the cheap, unofficial tea provided by the entrepreneurial sea faring traders.

By the 1830's before the Great Irish Famine, tea had become a staple in most Irish homes, even amongst the poor.

Some English reformers frowned on the Irish habit of drinking tea. Yes! You read that correctly. They complained about tea drinking, not whiskey drinking.

Pamphlets distributed in Ireland in the early 1800's described Irish tea consumption as "reckless and uncontrollable." They went so far as to say the addiction to tea could cause "illicit longing and revolutionary sympathies." Imagine what a drop of hot whiskey could do to our rebellious natures, if we got so riled up with a simple cup of tea. 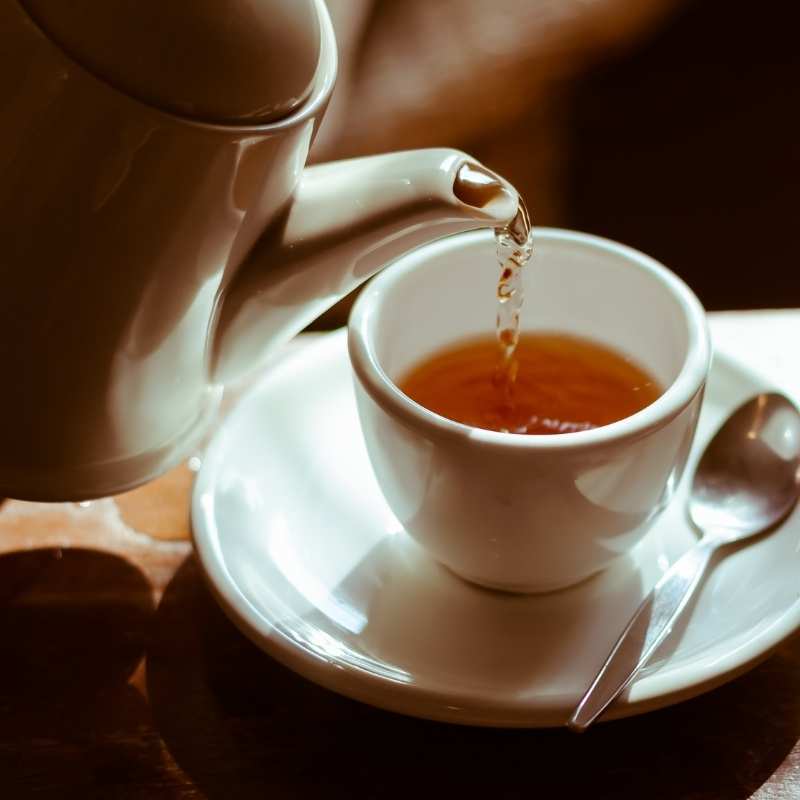 These reformers and do gooders disapproved of the fact that Irish women drank cups upon cups of tea. Women in those days should have no vices. The women of the British Empire were expected to quietly organize the home and maintain rigorous control over their families.

Irish women's affinity for tea-drinking was a source of considerable alarm amongst the ruling classes.

Mary Leadbeater, author of a fictional pamphlet called the Cottage Dialogues in 1811,  documented unsubstantiated connections between tea drinking and revolutionary feminism. She definitely would not approve of anyone enjoying a Long Island Iced Tea.

In 1813 Leadbeater returned to the topic of tea drinking amongst the poor in another pamphlet called The Landlord's Friend.

One character in this story was Lady Seraphina. She was presented as an improving landowner who disapproved of tea drinking. When visiting a peasant's cabin the lady observes that there is an absence of tea-cups in the kitchen. 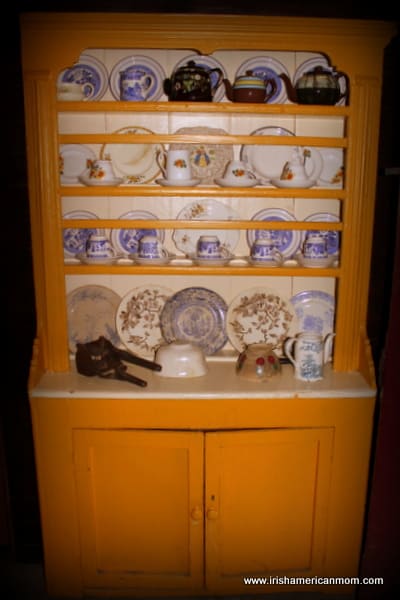 Winny, the peasant character in the story, replies to the lady with an explanation I'm quite certain no Irish peasant ever exclaimed.

"We never were used to tea, and would not choose that our little girl should get a notion of any such thing. The hankering after a drop of tea keeps many poor all their lives. So I would not have any things in the cabin which would put us in mind of it." ~ Winny from The Landlord's Friend, 1813

For me, this quotation emphasizes the desire of the ruling classes to keep the Irish and the poor in their place, at the bottom of the social ladder.

This criticism of tea drinking by poor people was not limited to Ireland. The aristocracy throughout the British Isles believed tea-drinking by the poor indicated pretensions toward upward social mobility, which was seriously frowned upon. Working class priorities were expected to remain on work and work alone. Adoption of modern fashions and trends by the poor was not to be tolerated by the privileged few of the day.

Well in this corner of the internet, we embrace the Irish cultural habit of enjoying a cup of hot tea, and thankfully tea drinking is no longer frowned upon in the Emerald Isle. Today's story of Irish tea history is fascinating to me so I hope you too enjoyed this ramble through Irish cultural history.

Our giveaway this week will put you in mind of a cup of tea, unlike poor Winny in 1813 who shunned the brew. 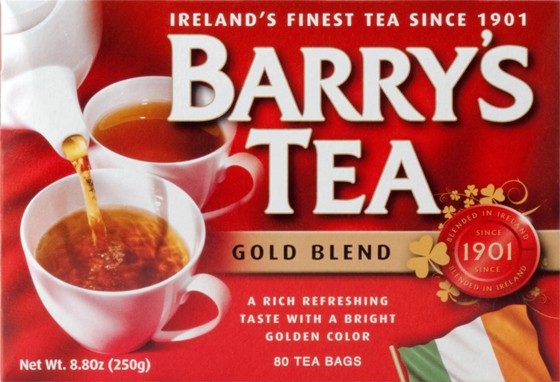 We'll celebrate our Irish love of tea with a lovely hamper giveaway featuring two boxes of Irish tea bags and a few packets of Irish chocolate biscuits from Food Ireland.

Barry's has been a favorite Irish tea brand for over a century. Their tea bags are a blend of black tea leaves that make the best cup of hot tea. Since Barry's is a company that was founded in County Cork, I grew up drinking Barry's tea.

Today Barry's tea is exported all over the world and their sales represent 40% of the Irish tea market.

One lucky reader will win an Irish tea and cookie gift hamper from Food Ireland.

Any comment will do. What you write does not affect your chance of winning, but if you need inspiration why not tell us if you like a nice cup of tea.

The winner will be announced on Saturday, November 21st, 2020 at the bottom of this blog post.

And thank you to all who join in the fun and support this giveaway.

Go ahead and  share this post with any of your tea loving friends and family so they too can be in with a chance to win.

Our winner has been randomly chosen using the Pick Giveaway Winner Plug-in for WordPress.

I’ll send Peggy an email to arrange mailing of her prize. A big thank you to everyone for supporting this giveaway by leaving comments. I thoroughly enjoyed reading each and every comment.

Please know that even if I did not get the chance to reply to your individual comment, I treasured reading about your love of a good cup of tea and your trips to Ireland. I was blown away by the number of comments and interest in this little giveaway. Thank you all for supporting this little community and for your kind words about my recipes and ramblings.

Stay tuned for many more stories and giveaways over the coming weeks and months. 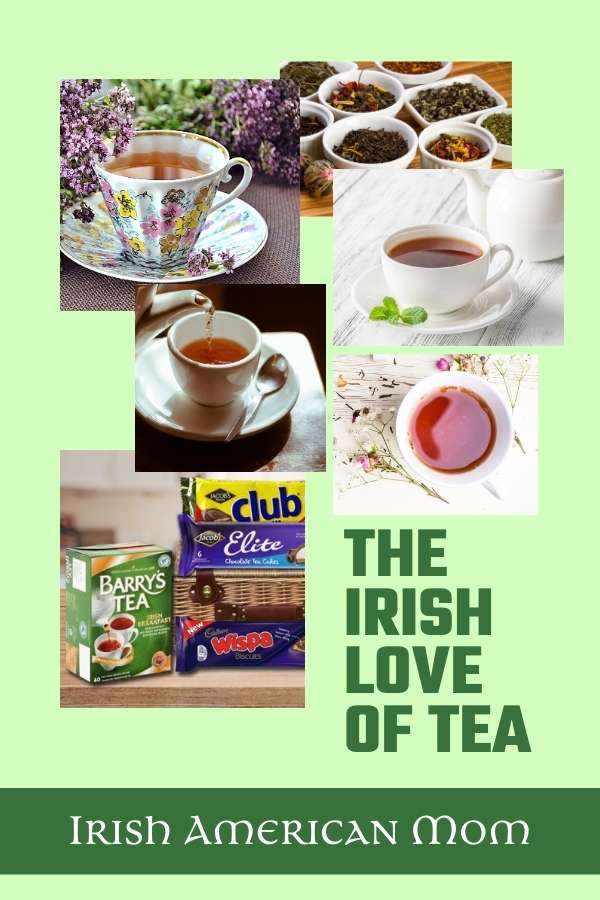