Ireland is proud to be home to Cartoon Saloon, an award winning animation studio based in Kilkenny.

From creative shorts to feature films and TV series, Cartoon Saloon has carved a special place in the hearts of Irish people all over the world.

They share the spirit of Irish myths and legends, and celebrate our cultural heritage through the power of visual storytelling. 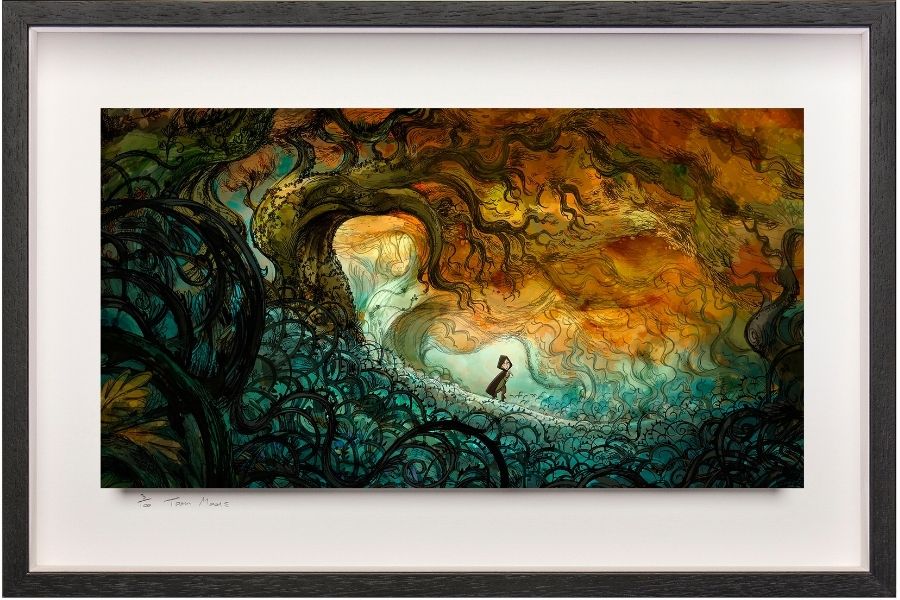 Today, I'm delighted to introduce you to Cartoon Saloon's amazing new collection of wall art. These beautiful pieces are available through their online store.

Let me hand you over to the good folks at Cartoon Saloon to share the story behind these beautiful creations....

This collection features gorgeous limited-edition framed prints from a slate of their multiple award-nominated and award-winning animated films.

Originating directly from Cartoon Saloon’s Studio in the medieval town of Kilkenny, Ireland, this series of collector’s artwork is now available and ranges in pricing from €450.00.

These are collector's items. Each print is signed by the films’ directors and numbered. In terms of the print quality, the studio carefully scrutinizes the process.

All prints are reviewed to make any necessary color adjustments to ensure superior results.

Carefully selected inks are chosen to maintain the integrity of these original artworks and their sharp details and rich colors.

The art is printed on museum quality paper that is acid-free so colors remain vibrant.

Or you can simply click any of the images in this blog post to link to each piece's page in Cartoon Saloon's online store. 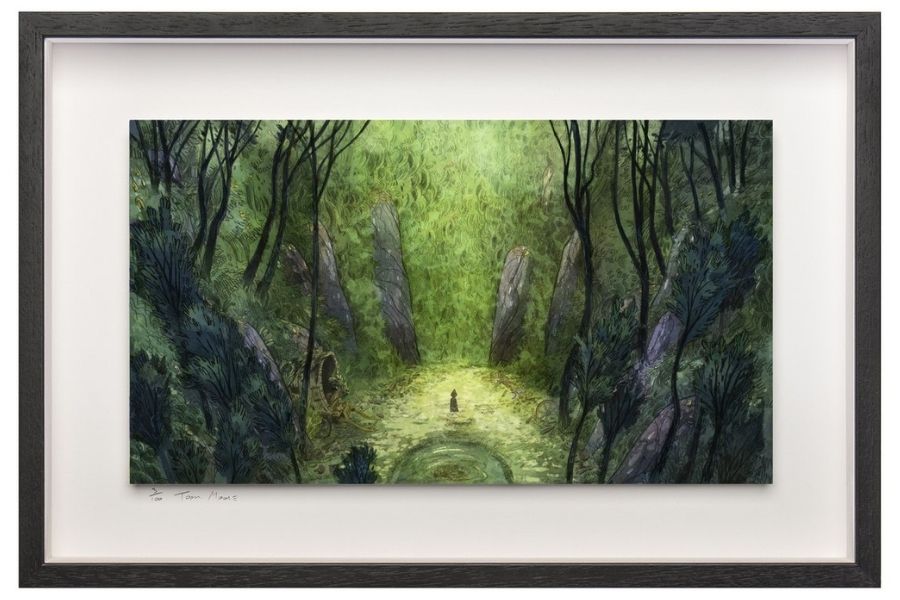 “The launch of our new art gallery offers us a tremendous opportunity to share the magic of these outstanding movies with fans around the world. We are extremely proud of our films, particularly with the most recent recognition ‘WolfWalkers’ is receiving with Academy, Golden Globe and BAFTA Award nominations. We are thrilled to offer these carefully curated, state-of-the-art, limited edition, numbered prints that are sure to become valuable collectors' items in the years to come.”

This delightful film was heralded by The Hollywood Reporter as “a visually dazzling, richly imaginative, emotionally resonant production."

Screen Daily declared it “destined to become an instant classic.” The film opened theatrically in the U.S. on November 13, 2020 and is now available on Apple TV+.

Here's a sneak peak - take a look at the official trailer for WolfWalkers.

WolfWalkers - Irish Storytelling At Its Best

“WolfWalkers” follows Robyn Goodfellowe, a young apprentice hunter who journeys to Ireland with her father, in a time of superstition and magic, to wipe out the last wolf pack.

While exploring the forbidden lands outside the city walls, Robyn befriends a free-spirited girl, Mebh (pronounced May-uv), a member of a mysterious tribe rumored to have the ability to transform into wolves by night.

As they search for Mebh’s missing mother, Robyn uncovers a secret that draws her further into the enchanted world of the “WolfWalkers” and risks turning into the very thing her father is tasked to destroy.

The Secret of Kells By Cartoon Saloon

Nominated for an Academy Award in 2010 for best animated feature and winning awards at festivals worldwide, “The Secret of Kells” is a bewitching vibrantly animated fairytale for children and adults alike.

It's a spirited retelling of the provenance of Ireland’s most cherished artefact, the Book of Kells. 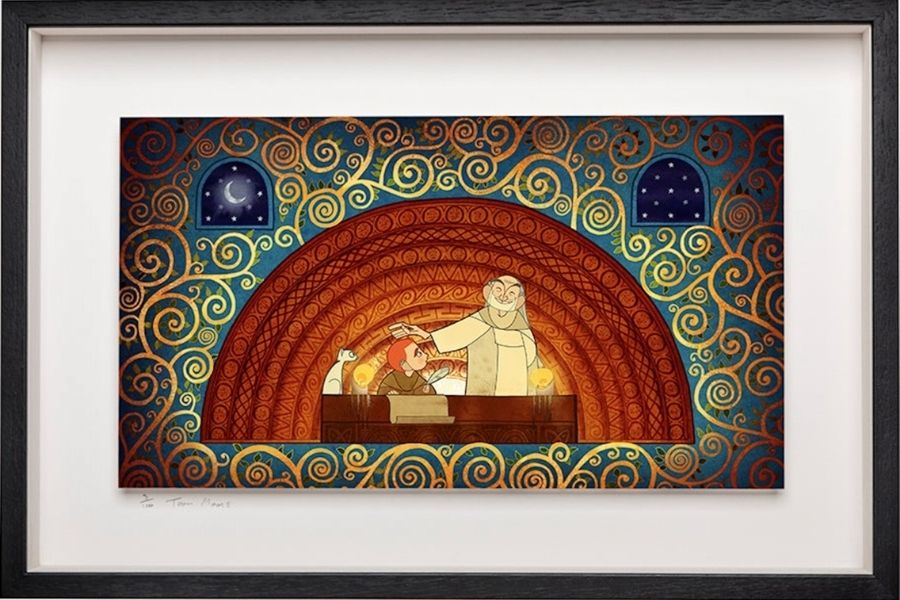 With the Viking hordes approaching, the monks of Kells are forced to turn their attention from transcribing manuscripts to building barricades. The future of the precious book is in jeopardy and it falls to Brendan, young nephew of the abbot Cellach, to save the day.

“The Secret of Kells” was Cartoon Saloon’s first feature film and was directed by Tomm Moore with Nora Twomey as Co-director.

Watch this video featuring the illustrators who discuss their inspirations for this image and their designs...

Song of the Sea

Academy Award-nominated “Song of the Sea” is directed by Tomm Moore (The Secret of Kells), with music by composer Bruno Coulais and Irish band Kíla, and featuring the voices of Brendan Gleeson, Fionnula Flanagan, David Rawle, Lisa Hannigan, Pat Shortt and Jon Kenny.

It tells the story of Ben and his little sister Saoirse – the last Seal-child – who embark on a fantastic journey across a fading world of ancient legend and magic in an attempt to return to their home by the sea. 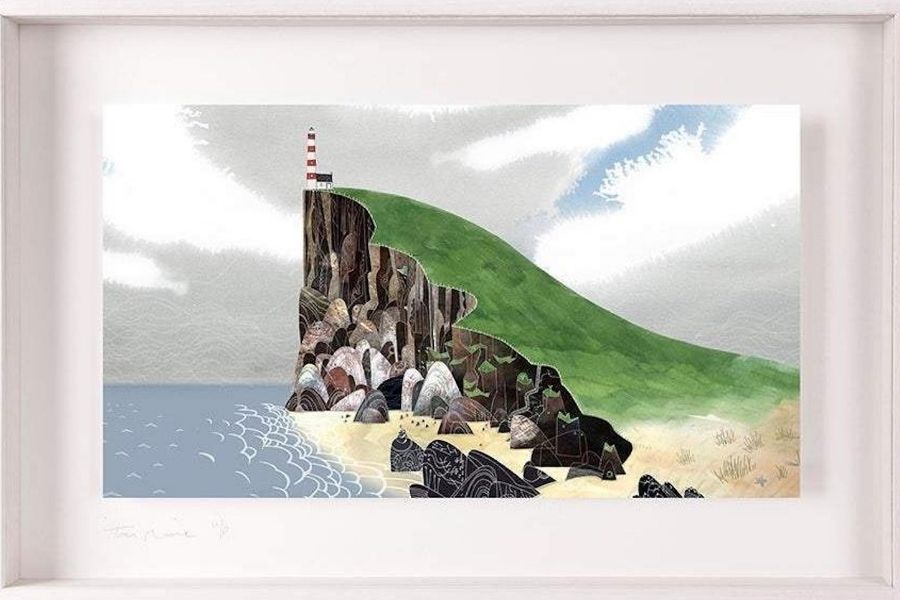 The film takes inspiration from the mythological Selkies of Irish folklore, who live as seals in the sea but become humans on land.

Based on the best-selling children’s novel by Deborah Ellis, the award-winning and multi-award-nominated “The Breadwinner,” directed by Nora Twomey from a screenplay by Anita Doron and Deborah Ellis, is a celebration of children–for children, whatever their age, wherever they live.

The movie tells the story of 11 year old Parvana who gives up her identity to provide for her family and try to save her father’s life. 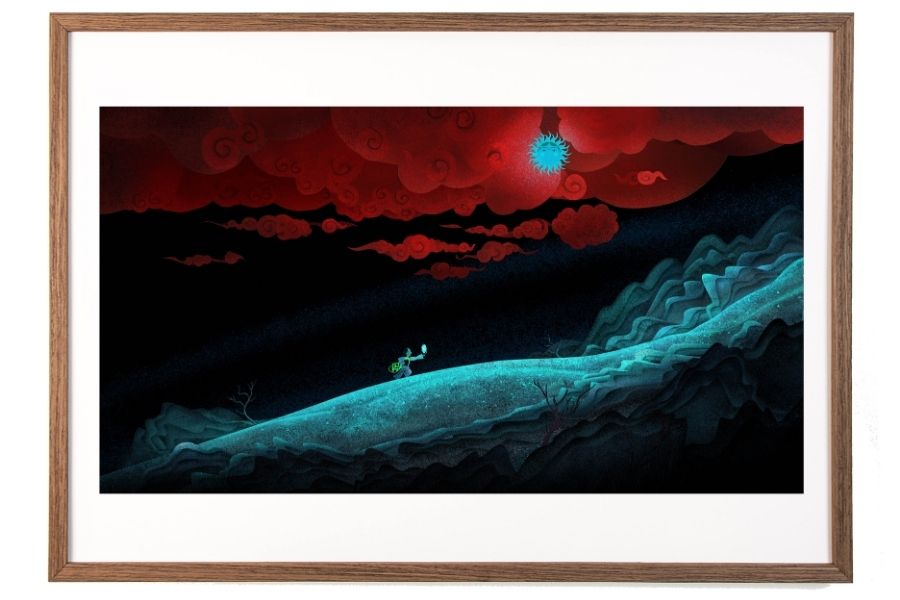 Every day is a challenge as Parvana tries to bring home enough food and water to support her mother, sister and little brother.

She meets a fellow girl in disguise called Shauzia and together, they form a bond that will give them the strength to endure the war that comes to their doorstep.

Cartoon Saloon is the multiple Academy Award®, Golden Globe and BAFTA nominated animation studio formed by Paul Young, Tomm Moore and Nora Twomey in 1999. It is based in Kilkenny, Ireland.

Cartoon Saloon has found high praise in the international animation industry with the unique accolade of having all four of its feature films nominated for Academy Awards®.

Their first Academy Award® nomination came in 2010 for the studio’s first film, “The Secret of Kells.”

“WolfWalkers” is currently available in selected theatres and on Apple TV+ platform.

In addition to these feature film nominations the short film “Late Afternoon” was recognized in 2018. 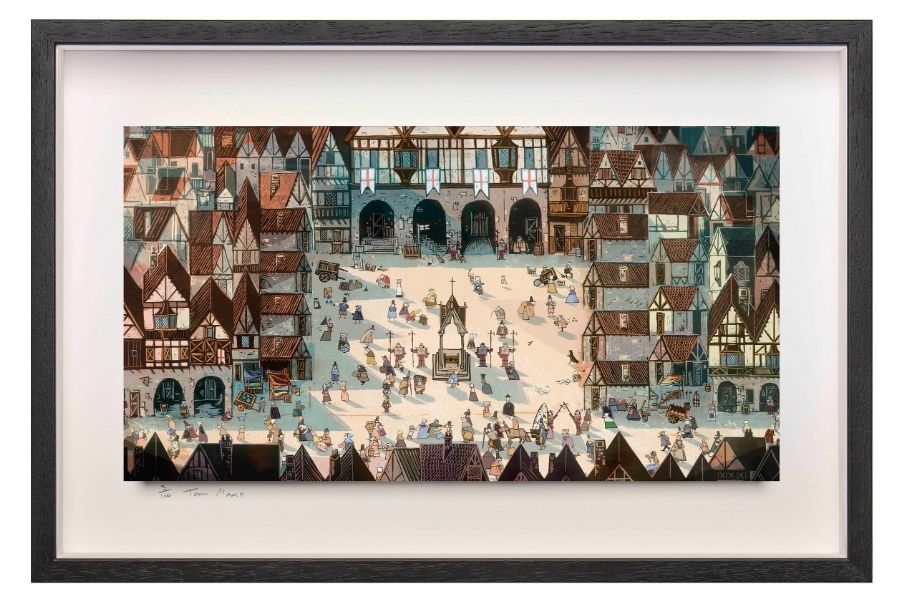 Cartoon Saloon’s Emmy nominated preschool series, “Puffin Rock”, is currently broadcast worldwide on Netflix and as well as linear television in over 25 countries.

The studio is currently in production on “Puffin Rock – The Movie” due for release at the end of 2021.

“My Father Dragons” based on the best-selling book of the same name is in production for Netflix and is due for launch in 2021.

“Viking Skool” the action-adventure series for Disney EMEA, France Television and RTE is also in the works, and production of pre-school series “Silly Sundays” is also about to start.

The good folks at Cartoon Saloon have truly been keeping busy.

I feel honored to be able to share news and updates about this wonderful Irish venture and all of their achievements. I hope you like this post and will take a further look at Cartoon Saloon's amazing movies and art gallery.