Today, on the 50th anniversary of President John F. Kennedy's death, I pay tribute to him, an Irish American who inspired a generation and beyond. 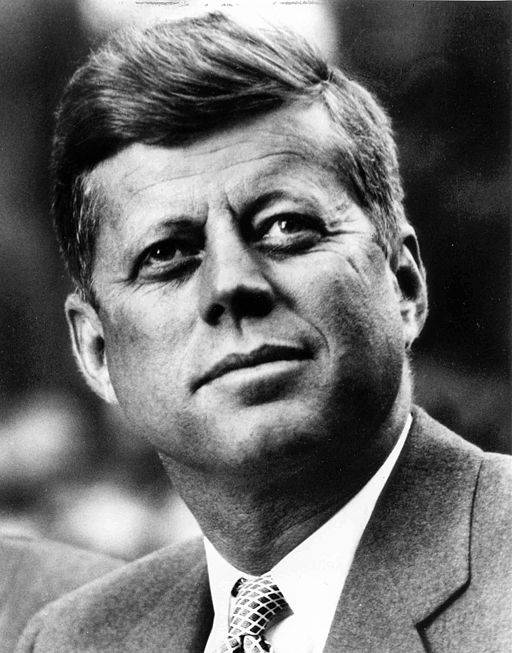 As a child growing up in Ireland I often heard people talk of where they were when they first heard of JFK's assassination. Irish people revered Kennedy. All four of his grandparents were the children of Irish immigrants. To this very day we lament his loss at such a young age. I can hardly believe he was younger than I am today, when he was shot in Dallas at the age of 46.

Because JFK was so young when he was killed, he remains forever young in our memories. We do not picture him as a 96-year old, but as a resilient man, stolen from the world when he still had so much to do.

The tragic news of his death reverberated around the world, with deep shock waves felt in Ireland, the land of his ancestors.  Even today we still talk of his great legacy and hold him in high esteem. But what is his legacy? What did he achieve in his brief years as President that continues to inspire and motivate us to this very day? 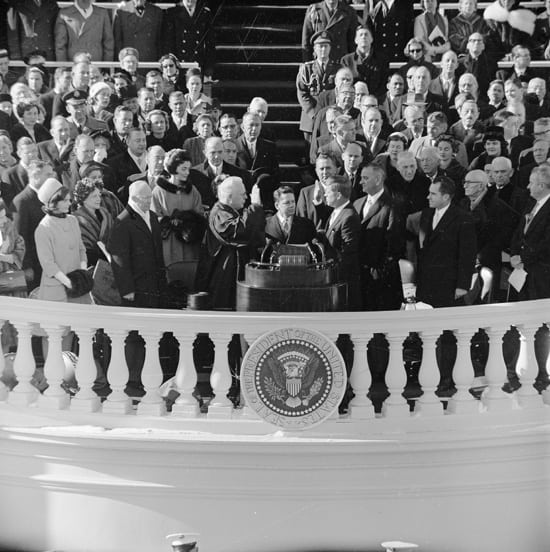 Kennedy's inaugural address, the first ever to be broadcast live in color, is one of the late president's most moving moments. With one simple statement he inspired a generation:

Ask what you can do for your country."

Kennedy understood how to use words to strike an emotional chord. He spoke eloquently of America's role in the world.  He did not shy away from asking Americans to avoid selfish motives, but to selflessly put their country first. He created, then seized a moment of idealism, uplifting a nation with his optimism.

He did not simply leave us with words to remember him by, but an enduring legacy of achievements. His fierce belief in the need to nurture American values guided his policies on education, social justice, racial equality and global development.

President Kennedy knew he was lucky to call America home, yet he challenged his fellow Americans to protect that nation, to become engaged citizens and invest in their own future.  He inspired this nation to create a better tomorrow, daring to dream a man could walk on the moon; or that Americans could sow the seeds of peace throughout the world. 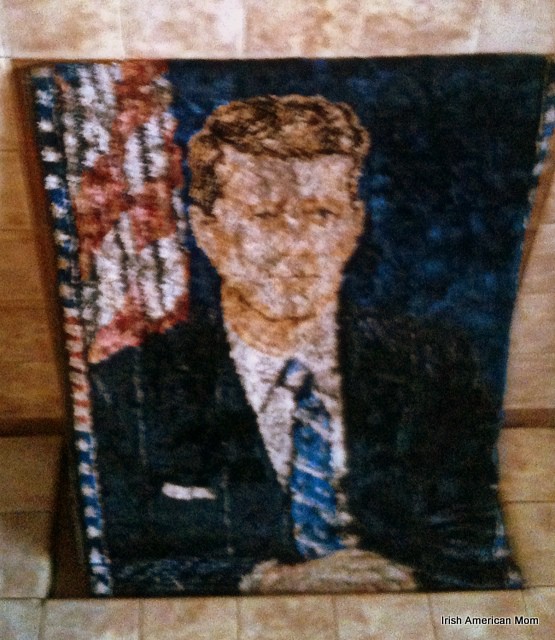 Firescreen with image of JFK proudly displayed in a Dublin neighbor's home to this very day.

And through all the pressures of a Presidency, he showed great grace, and a sense of humor. His ability to laugh at himself and inject humor into a conversation we, here in Ireland, claim to be part of his Irish inheritance.

His appreciation for the arts is another trait we Irish love to take credit for.

"I look forward to an America which will steadily

raise the standards of artistic accomplishment and

which will steadily enlarge cultural opportunities

for all of our citizens.

And I look forward to an America which

commands respect throughout the world

not only for its strength,

but for its civilization as well."

These words helped inspire President Johnson to establish the National Endowment for the Arts just two years after JFK's death.

defiant in the face of impossible odds and

most of all, determined to make the world anew,

not settling for what is,

Today, as we  come together to reflect on the day John F. Kennedy was fatally shot while riding in a motorcade with his wife in Dallas, Texas, let us pay tribute to his visionary leadership.

His death shocked not only America, but changed the world forever.  Today, when political differences seem to divide us,  I pray his legacy will help us stand together, determined to create a future of hope, peace and abundance, united as Americans.

Share my recipes and ramblings with the world
« The Ring Of Kerry - Distinctive Irish Jewelry by Paul F. Kelly
Giveaway Time: Custom-Made Alphabet Art By Letters From Ireland »