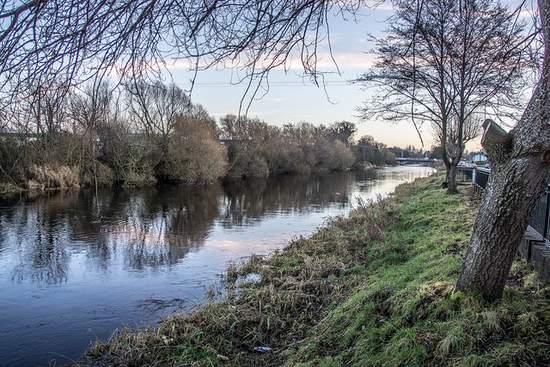 In 1297 Kildare was first shired. It is the ancient home of the Fitzgerald family, and is one of the twelve counties of the province of Leinster. 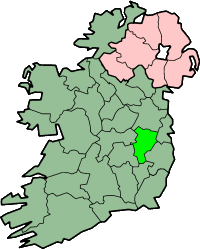 Kildare is located on the main routes to the south and west from Dublin, which meant its lands were extremely valuable in years gone by.

The coat of arms or crest for the county is rich in symbolism.

The harp is the symbol of the Fianna, the mythological warriors of ancient Ireland, whose headquarters are reported to have been located in the county. 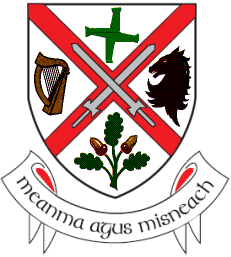 The cross is Saint Bridget’s Cross. She founded her most famous monastery in Kildare.

The horse’s head represents the horse-breeding tradition of the county.

The acorns are taken from the Irish name for Kildare (Cill Dara) which means the “church of the oak tree.”

County Kildare is home to many ancient castles and ‘big houses’. As part of the ‘Pale’, the portion of Ireland around Dublin where English rule was most effectively enforced, this county has a rich architectural history.

Here’s a small sampling of some of magnificent historical homes in County Kildare. 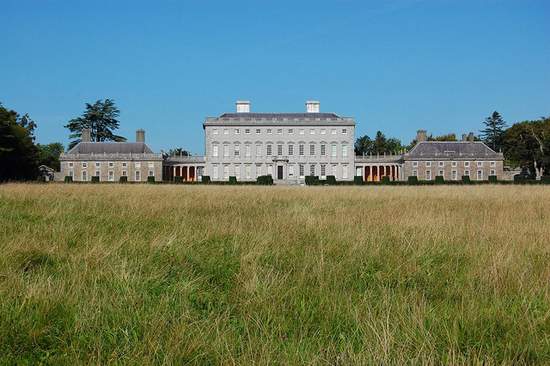 Castletown House, Ireland’s largest Palladian style home, was built between 1722 and 1729 for William Conolly, Speaker of the Irish House of Commons and who, at that time, was the wealthiest commoner in Ireland. 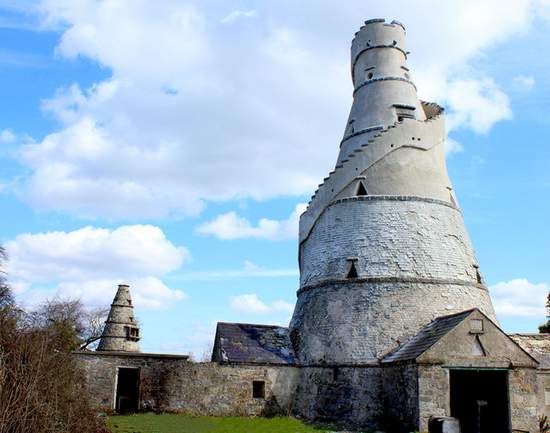 The Wonderful Barn is an amazing corkscrew-shaped barn built in 1743 on the edge of the Castletown House Estate. 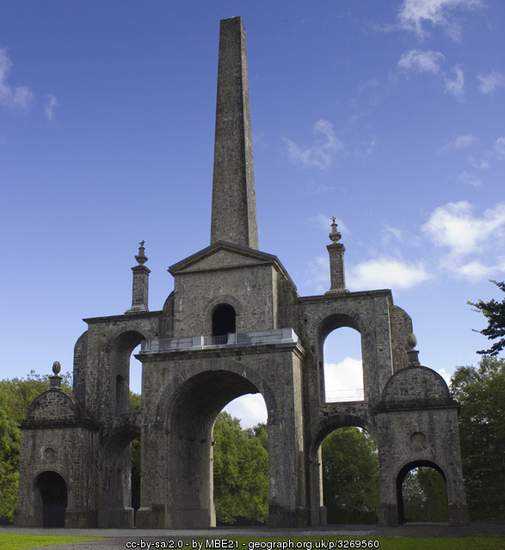 Conolly’s Folly was built within Castletown Estate and was commissioned by Katherine Conolly, the widow of William Conolly.

Her goal was to provide employment for hundreds of poor people in Celbridge who were devastated by famine in 1740-1741. 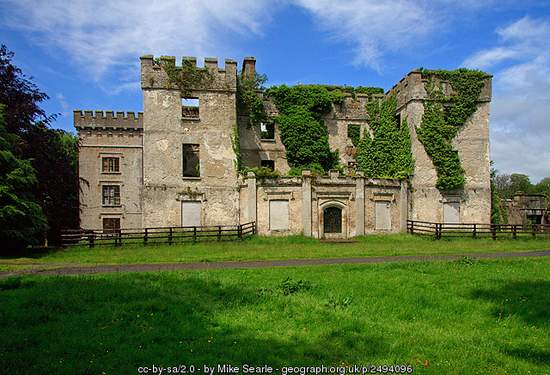 Donadea Forest Park is situated in northwest Kildare, and it includes the remains of the castle once owned by the Aylmer family. 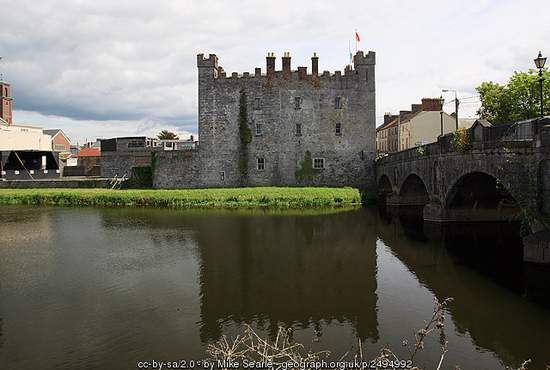 Whites Castle was built in 1417 by Sir John Talbot, Viceroy of Ireland. The castle was designed to protect the bridge over the river Barrow and the inhabitants of the Pale from the wild Irish. It is now a private residence. 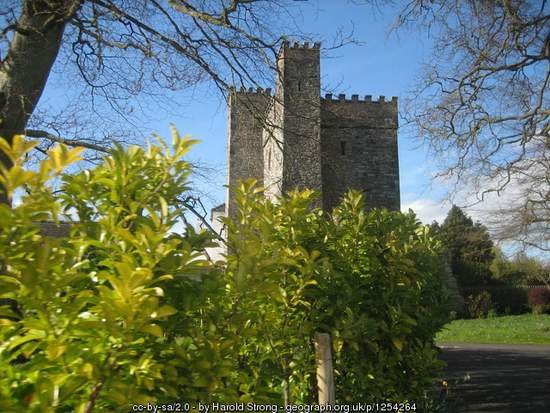 Barberstown Castle dates back to the 13th century and today welcomes tourists as an Irish Castle Hotel. 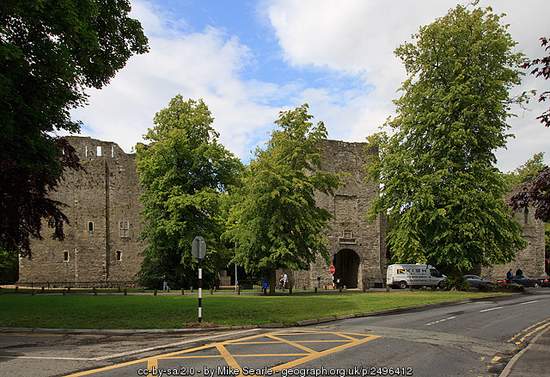 This great stone castle in Maynooth was founded in the early 13th century. The original keep was constructed around 1203, was one of the largest of its kind in Ireland.

Trust me, this is merely a small sample of the beautiful homes and gardens just waiting to be explored in County Kildare.

In Moone, Co Kildare stands one of Ireland’s ancient High Crosses. The shape of this cross is unique, and it’s the second tallest High Cross in Ireland.

The three sections of the cross became separated over the centuries and in 1853 the upper portion and base were discovered in the graveyard of the abbey, and re-erected. 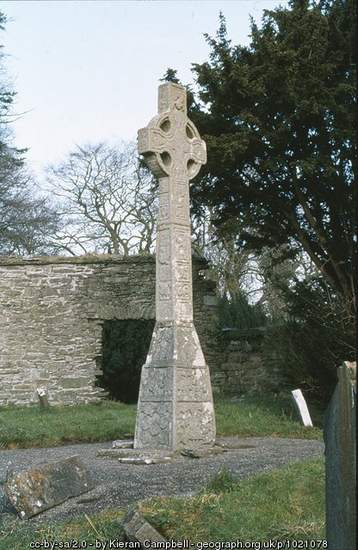 It stood at two-thirds of its current height of 17.5 feet until the middle section of the shaft was discovered. It now stands proudly inside the ruins of a Medieval Church.

Work on the Grand Canal first began in 1756, reaching Kildare in 1763. In 1779 cargo was first carried on barges along the canal, and in 1780 passenger boats traveled its waters. 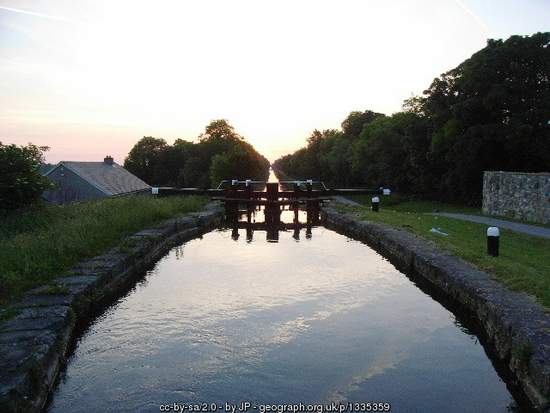 A more northerly canal, the Royal Canal was created between 1789 and 1796.

Passenger traffic on the canal peaked in 1846, but decreased after expansion of the railways in the 1840’s. The canal was closed for commercial traffic in 1960, but today it remains open for pleasure boats. 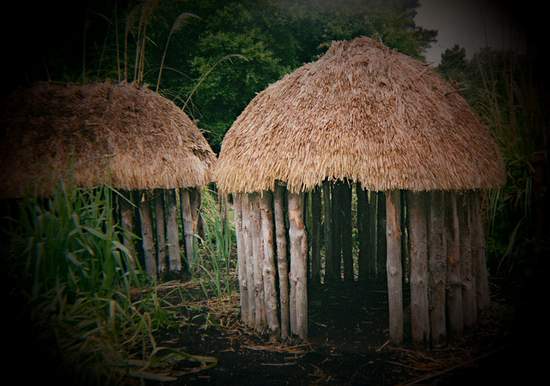 – Creative Commons license at the time of publication

The Irish National Stud is home to some of Ireland’s most magnificent thoroughbreds. 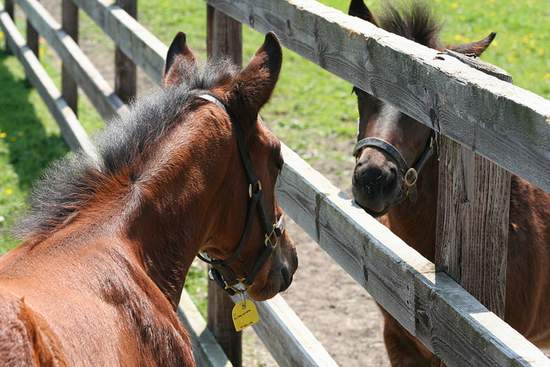 Racehorses are born and raised on this famous Irish stud farm, with a long history of breeding thoroughbred champions. 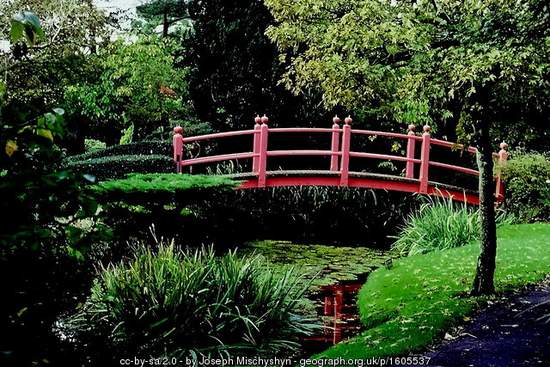 The Japanese Gardens, part of the Irish National Stud, are the finest of their kind in Europe. Created between 1906 and 1910, the gardens were planned by Japanese master horticulturist Tassa Eida and his son Minoru. 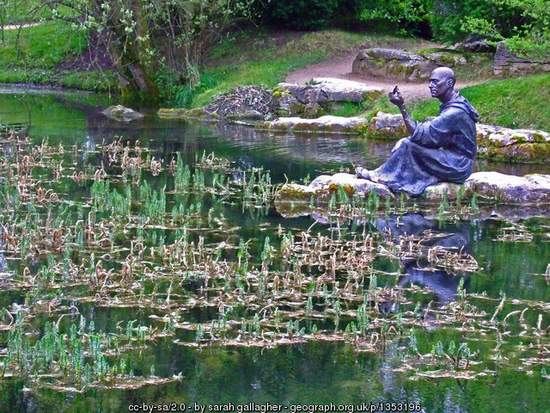 The Curragh And Horse Racing:

The Curragh is a flat open plain of almost 5,000 acres of common land between Newbridge and Kildare towns.

This area is famous throughout the world for Irish horse breeding and training.

Dating back to 1223, St. Brigid’s Cathedral in Kildare Town was built on a site of great religious importance. This is believed to be the site of St. Brigid’s famous Abbey and nunnery from the 5th century. 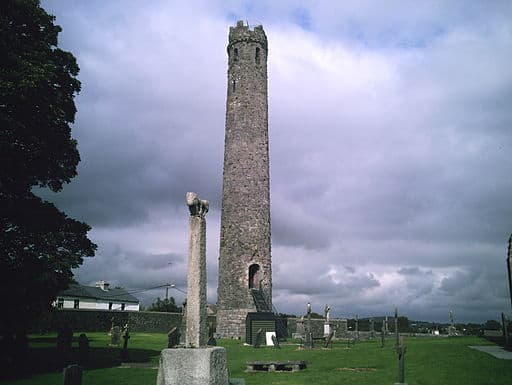 The 12th-century round tower is the second highest in Ireland at 33 meters. Built from Wiclow granite and local limestone it is an impressive structure. Visitors are invited to climb to the roof to take in magnificent views of Kildare town and the surrounding county.

I hope you enjoyed this quick photographic tour of County Kildare.

You can explore more of Ireland’s thirty-two counties through this link.

Our previous stop on our alphabetical tour of Ireland was County Kerry.

Next up you’ll find County Kilkenny.

I hope you enjoy these armchair tours of Ireland’s beautiful counties.