When two Irishmen meet the first question asked is usually:

"What county are you from?"

Irishmen find identity in their county of origin, always believing their county to be the best. No matter where an Irishman wanders across the globe, his heart sings when he connects with a fellow Irishman, and especially a fellow county man (or woman as the case may be). 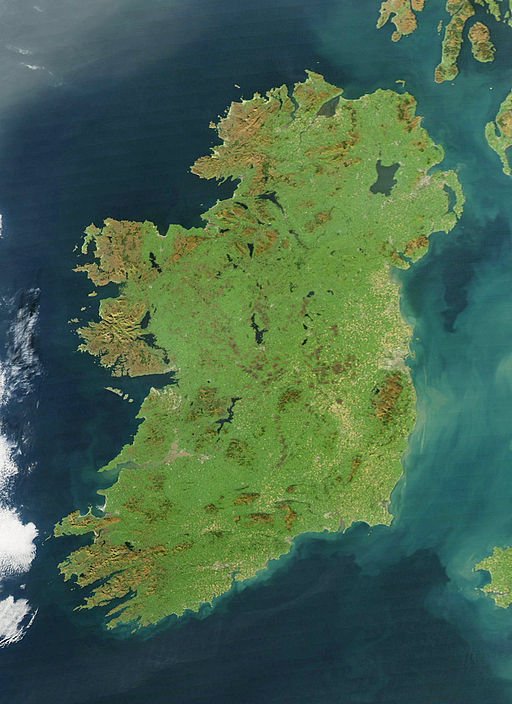 A satellite view of Ireland reveals no divides and markings, just one beautifully green island. Yet Irish people love their counties with zeal and passion

This innate love of county one would assume stems from some ancient, mythical symbolism associated with these provincial divides. Many an Irish man assumes the division of Ireland into thirty-two counties is our Celtic inheritance from High Kings and wise druids who ruled through the Brehon laws.

Ireland's Counties - Created By The English

The thirty-two county division of Ireland is a system of convenience created by English rulers, dating back to the time of King John (early 13th century).

These English, administrative, and randomly drawn lines, may no longer hold any meaning for governance, yet the Irish have embraced these divisions and bestowed upon them a sacred quality.

Personal identity and connection are intertwined in myths, which assign certain traits for all born in a specific county. These traits may be complimentary or not. Cavan people are notoriously miserly. Corkonians are rebellious in nature. Kerrymen are crafty, and Galwegians are tribal, to name but a few. 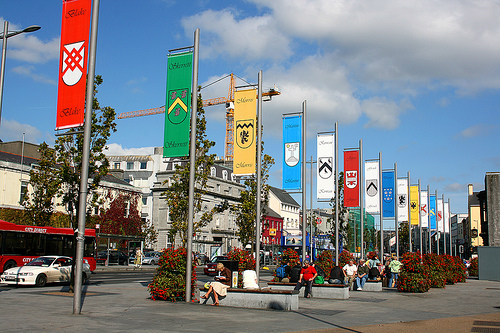 Irish people cling to their county identity, cherish their territory as God's country, extol the magnificence of its beauty spots, and reverently sing songs to celebrate its famous sons and daughters.

County consciousness is further enhanced by the Gaelic Athletic Association. County rivalries in hurling and Gaelic football are fierce.

All-Ireland championship matches dominate summer sporting events. Gaelic games are a rich source of pageantry, strengthening county pride with the waving of flags and the donning of county colors.

Ireland's thirty-two counties are divided between four different provinces and each of these provinces boast a professional rugby team. 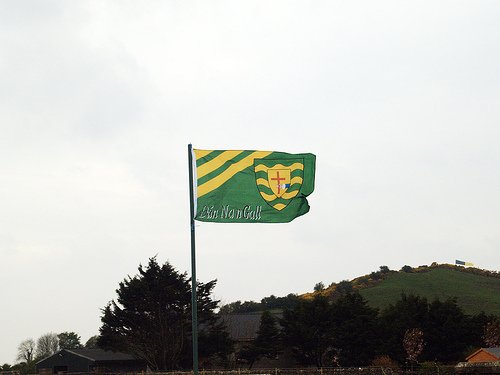 And so, whatever forces may have shaped county awareness, the identity a county imbues on its people, is an integral part of Irish life. It is about a sense of place, of community, local friendships, and a deep affinity for your childhood home.

I have added a new page in my Lessons for Tourists category, called "Ireland - County-by-County". Although I am most familiar with three Irish counties, Dublin, Cork and Donegal, I can say I have at least driven through all 32 counties. 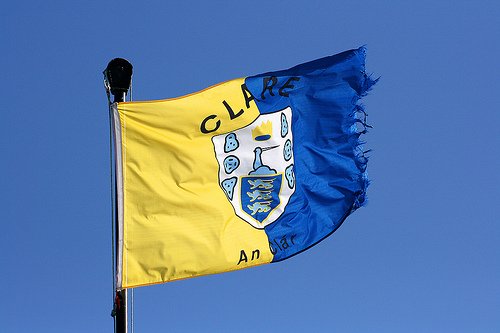 Over the next few weeks and months, I plan to take you on a tour of Ireland's beautiful counties, share pictures and recount tales of county heroes past and present.

I plan to present each county in alphabetical order, starting with County Antrim. Many Irish tourist websites focus on images of Ireland's scenic west coast. Small inland counties like Carlow, or Longford are seldom mentioned. Here we will tour all corners of my homeland, visiting counties both big and small. I hope you enjoy this tour, and some beautiful images of Ireland. Come back and visit often, so you don't miss out on your favorite county.

County Antrim boasts a magnificent coastline. The Causeway Coastal Route spans its ocean perimeter, passing through some of the most spectacular scenery in all of Ireland and Europe.

Armagh is one of the six counties of Northern Ireland, part of the United Kingdom and amongst the nine counties of the ancient province of Ulster.

County Cavan lies inland, but there is no shortage of water within its borders. Known as the Lake County, it is home to 365 lakes and the source of Ireland’s largest river.

The majestic sheer walls of the Cliffs of Moher may be County Clare’s most famous scenic attraction, but when you visit you will be spoiled by a wealth of breath-taking scenery.

County Cork offers tourists a little bit of everything, maybe even a little slice of heaven, with some of the most spectacular scenery in Ireland and even the world.

County Derry is home to the only completely walled city in Ireland, boasts spectacular beaches and coastline to the north, and ruggedly picturesque mountains to the south.

Located in the northwest corner of the Emerald Isle, Donegal is home to some of the most picturesque scenery in all of Ireland.

Dublin is a charming, architecturally spectacular capital where medieval and modern history blend to create a vibrant, welcoming atmosphere.

Boasting hundreds of square miles of lakes, with over 150 islands waiting to be explored, County Fermanagh has been christened Ireland’s Lake District.

County Kerry is a mystical, rugged, and scenic Irish county that has captivated tourists for hundreds of years, making the Ring of Kerry one of the most famous attractions in all of Ireland.

County Leitrim offers lush landscapes with magnificent mountains overlooking tranquil lakes. This Irish county may not be on many tourists' radars, but trust me the scenery in Leitrim is simply spectacular.

From the reedy shores of Lough Gowna to the banks of the River Shannon, the quiet countryside of County Longford overflows with rural charm.

Known as the wee county, County Louth may be Ireland's smallest county, but it's not short on magical places to visit. This is Ireland's land of legends.

Found on the western coast of Ireland with miles of magnificent scecery along the Wild Atlantic Way, County Mayo is also known as the Heather County or the Yew County.

County Meath is known as the Royal County of Ireland. It gets its name because the Hill of Tara in the center of County Meath was the location where the High KIngs of Ireland were crowned.

County Monaghan is known as the Drumlin County because its landscape is dotted with small hills formed during the Ice Age. This beautiful county boasts many lakes and rivers and is one of Ireland's hidden gems.

Share my recipes and ramblings with the world
« Did Irish Immigrants In America Ever Return To Their Homeland?
The Night Of The Big Wind »