I LOVE America’s birthday. It’s wonderful how it lands at the beginning of hot and steamy July, perfect  for family get-togethers, barbecues, and having good old fashioned fun. 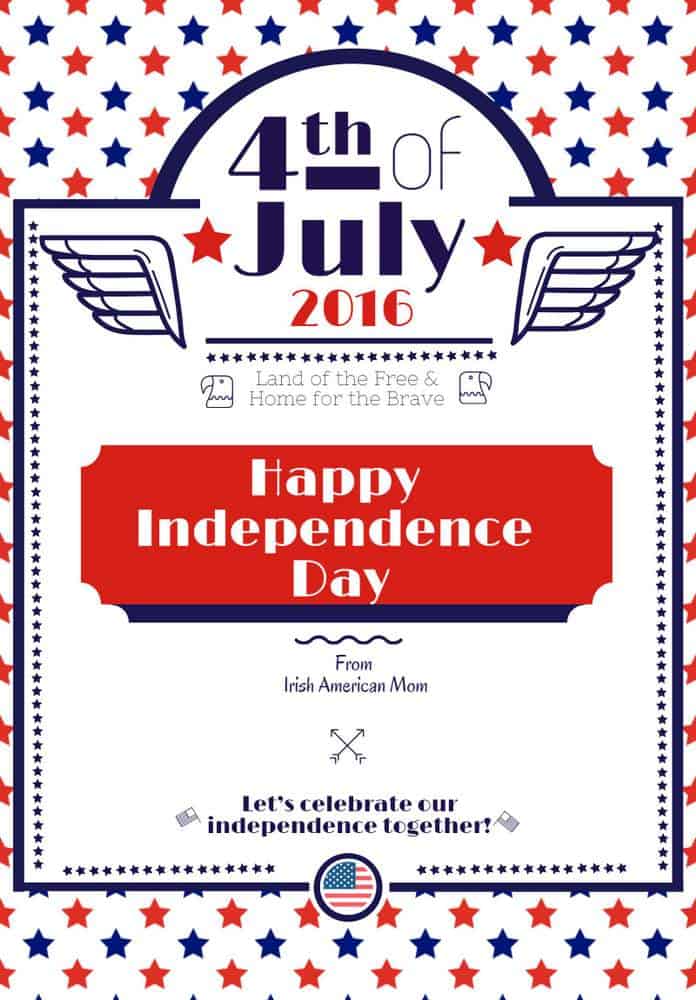 I often wonder how Jefferson would view our celebrations today, including fireworks, beer drinking, non-stop-all-day eating, and crazy American flag themed garb, from hats to bikinis.

Would Jefferson approve? While we all recognize the Fourth of July as the most patriotic of all American holidays, it’s also the most nostalgic and sentimental holiday of the summer. Despite being born in Ireland, I have become an American citizen, and embrace this annual celebration.

I thought today would be fitting to share my photos of American pride, together with ten reasons why I love Independence Day.

Let’s face it! The 4th of July is the most significant national holiday in the United States. We celebrate the fact thirteen of the original American Colonies declared themselves independent of the British Empire, and formed into the states we know today.

“We hold these truths to be self-evident,

that all men are created equal,

that they are endowed by their Creator

that among these are Life, Liberty

and the pursuit of Happiness.” 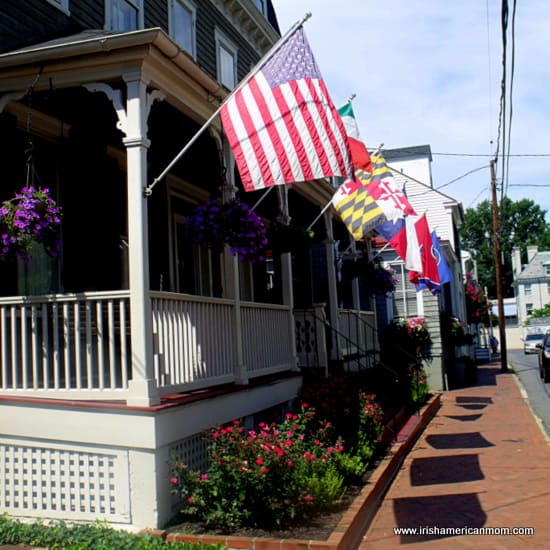 Yes! I love the heat that is usually guaranteed all across America on the 4th of July. We are so lucky Jefferson and his cosignatories decided to ratify the Declaration of Independence bang smack in the middle of summer, rather than in the dead of winter.

Without all the summer fun and hoopla, I think Indpendence Day celebrations would be less enthusiastic if the day fell just before or after Thanksgiving and Christmas.

It is this holiday’s summer scheduling that allows Independence Day stand out on its own, and be celebrated in a uniquely American way. 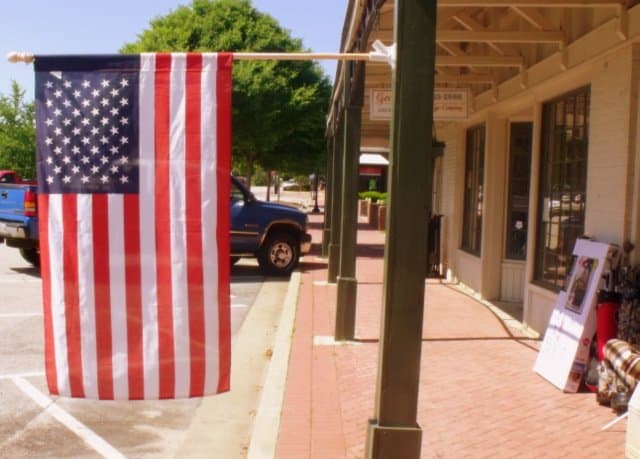 Fourth of July parades come in all shapes and sizes. Some are huge affairs, organized at city level. Some parades are small, but cuter than cute.

I love to see kids waving flags with patriotic zeal as sweaty parents pull them along the parade route in little red wagons. Trust me, I’ve been there and done my fair share of wagon pulling. And what makes a parade even cooler is when the route is lined with cheering grandparents.

Independence Day parades are a quintessential part of being American. I think partaking in a local Texas parade was a turning point in my American evolution. After waving my American flag from the back of a friend’s pick-up truck, I knew I was truly an American.

Forget your healthy eating on the 4th of July. No green smoothies today.

The grub is all about barbecue, burgers, hot dogs, potato chips with every seasoning combination imaginable, corn on the cob dripping in melted butter, potato salad made with lashings of mayonnaise, shrimp, ketchup, mustard, watermelon, cookies, patriotic cakes. I could go on and on.

But hold the pickles for me. This Irish girl still hasn’t learned to eat an American pickle – just haven’t reached that stage of my American evolution.

Forget about your diet today. Enjoy your all American feast that is an essential part of every July 4th celebration. 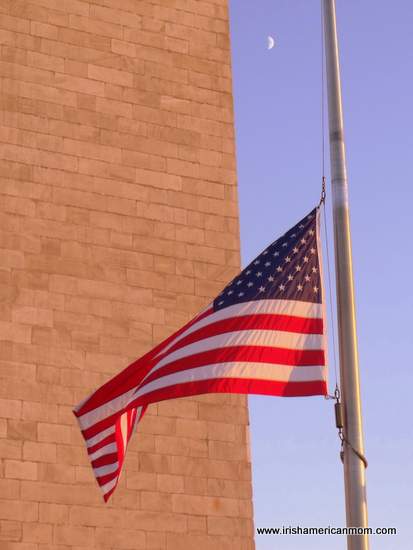 You don’t need a pool to have fun outdoors on the 4th. An outdoor pool does help cool things off, but don’t let the lack thereof hamper any outdoor antics.

Corn toss screams Independence Day to this Irish girl, especially here in Kentucky. Tossing the bag at just the right speed and trajectory is a skill I practice only on the 4th of July.

But my favorite thing of all, at the end of each Independence Day, is to watch my kids chasing fire flies in our back yard. There’s something so American about fireflies. Don’t have those little critters in Ireland.

Fourth of July would not be a truly patriotic national birthday celebration without fireworks.

I have wonderful firework memories from my early years in New York/New Jersey. I lived in Hoboken and every year we would gather on the roof top of our apartment building to watch the most amazing fireworks exploding in the sky right in front of us.

Even though New York’s fireworks were on the Brooklyn side of Manhattan, our rooftop vantage point in Hoboken was just perfect. 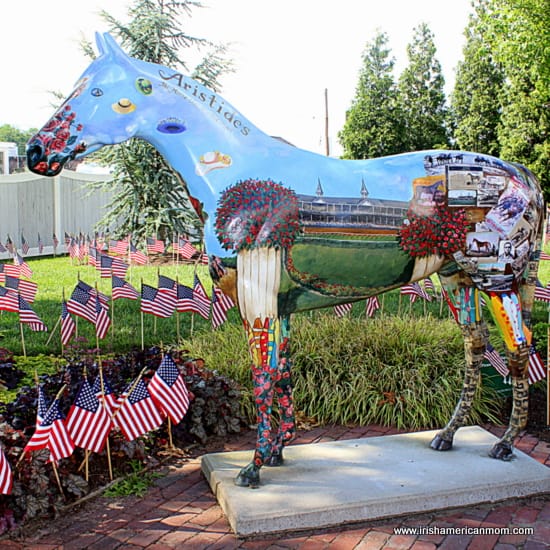 Many Americans display their patriotism by wearing clothing with patterns and designs of the American flag. Some believe this practice violates the US Flag Code.

Sorry for getting a little controversial on Independence Day, but I personally love some of the shirts and hats worn by people on this special day.

Here are my thoughts. Flag patterned clothing is a way for citizens to demonstrate their patriotism. It is the actual flag that should never be used as clothing or as a blanket. The only exception would be when an Olympic champion or a military veteran drapes a flag over their shoulders on a special occasion.

I love how so many Americans demonstrate their allegiance by wearing red, white and blue in crazy stars and stripe patterns, that only the most talented designers could ever create.

Millions of American flags will fly high across the nation today, stirring patriotic thoughts, feelings, and memories for Americans.

Seeing Old Glory displayed throughout neighborhoods gives us a fierce sense of loyalty and pride. The star-spangled banner symbolizes the core values and beliefs of this nation, which we celebrate today.

I love how so many Americans raise a flag outside their home on this important day. Thank you America! 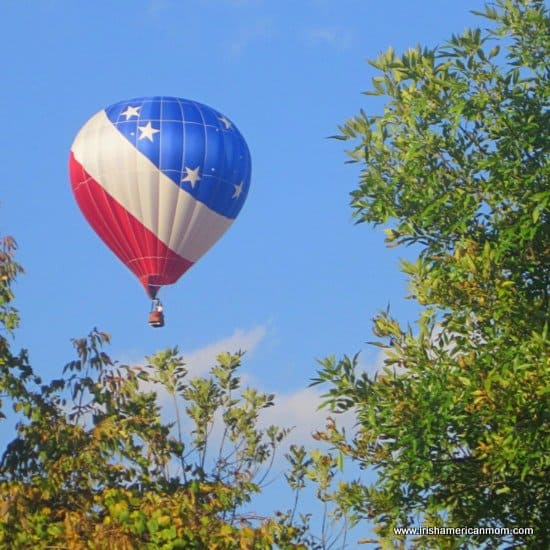 Another reason I love July 4th is because it is a happy-go-lucky kind of a day. The atmosphere is jovial and less stressed than during other holidays.

It’s a day when people eat, drink and be merry. Moods are upbeat, stories are shared and laughter rings loudly. So grab a chair, preferably one that’s plonked right beside a friend or a relative. Have a sip of lemonade or beer or whatever takes your fancy, and just let the conversation flow. Today is all about friends and family.

And finally, on a more serious note, let’s talk about freedom. This term is batted around easily, but why do we really appreciate freedom on the 4th. Here are my thoughts…

America is full of diversity. We are all so very, very different. But on the 4th of July we all come together to celebrate America’s independence and our rights to be different.

It does not matter whether we worship in a beautiful rural wooden church, or under the big, open skies of America; whether we choose to go forth and multiply or not to have children at all; whether we pay an arm and a leg to educate our offspring in private schools, or gather around the family table to share our knowledge though home schooling; nor whether we choose to stay in our own neck of the woods, or travel the four corners of the globe, there is one certainty this Monday.

We all gather together to celebrate our freedom to make these choices, and to rejoice as a nation, because today is America’s birthday. 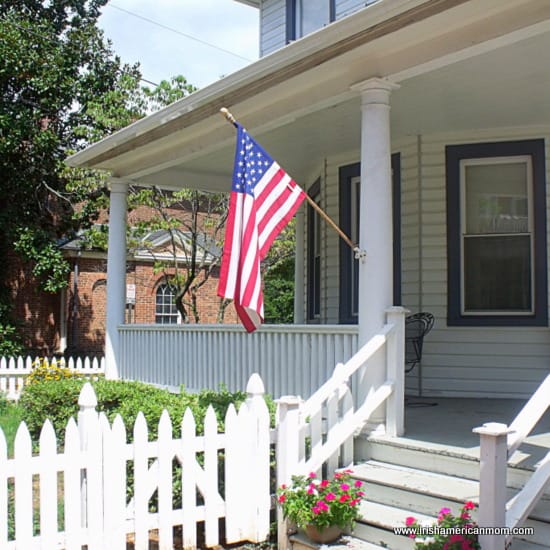 And so, there you have it. My top ten reasons for loving the 4th of July.

Remember, be sure to let the kids go wild and run free, sit down and have a chat with family and friends, watch a parade, enjoy the light show, set off some fireworks of your own, catch a few fireflies, eat till you nearly burst, and of course, don’t forget to wear something red, white and blue.