Guilt is widely accepted as a stereotypical Catholic trait, with the guiltiest of all Catholics being the Irish. Let’s explore this concept of Irish Catholic guilt and its impact on the infamous Irish psyche. 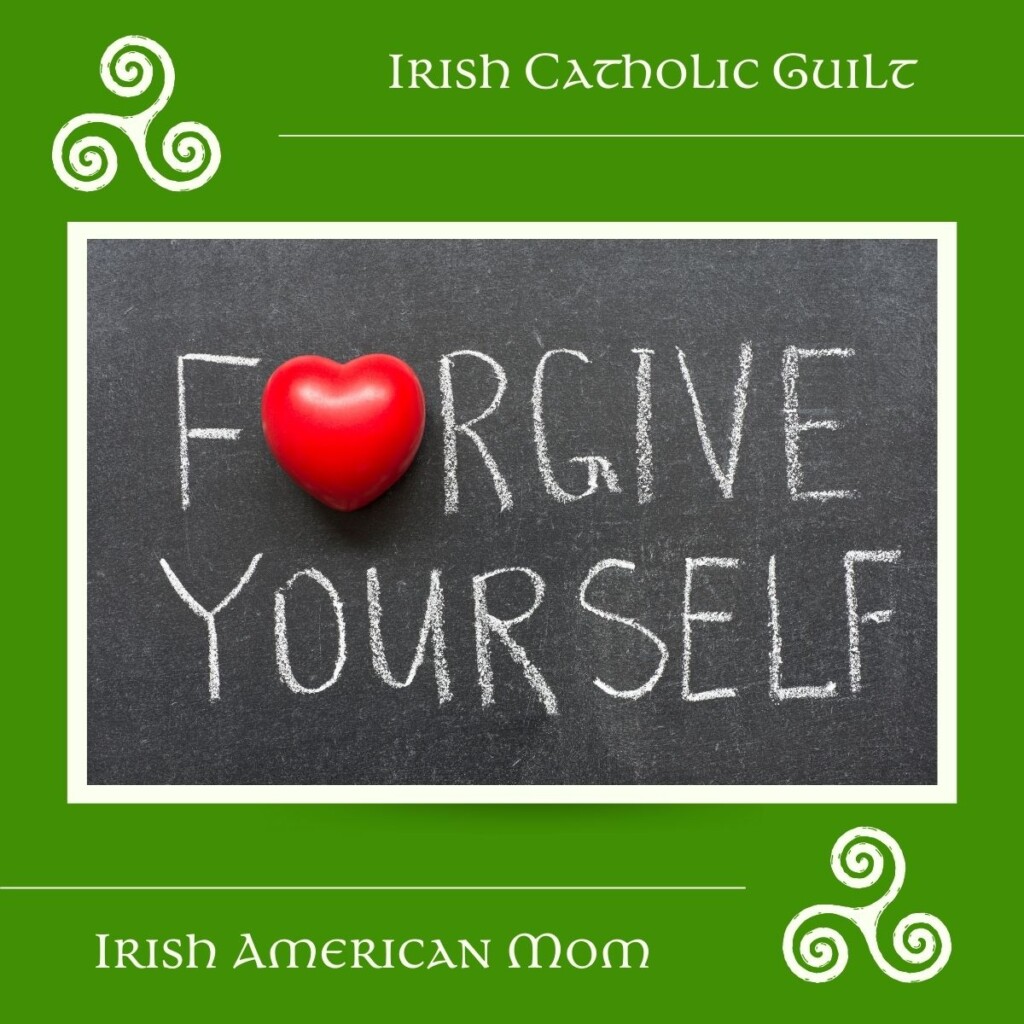 By discussing Irish character traits, I hope I don’t reinforce cultural stereotypes nor create an overly simple picture of the Irish. This is merely a light-hearted look at some attributes bestowed upon us by the rest of the world.

I’ve included my favorite Catholic guilt quotations in the graphics throughout this post. I hope you enjoy them. 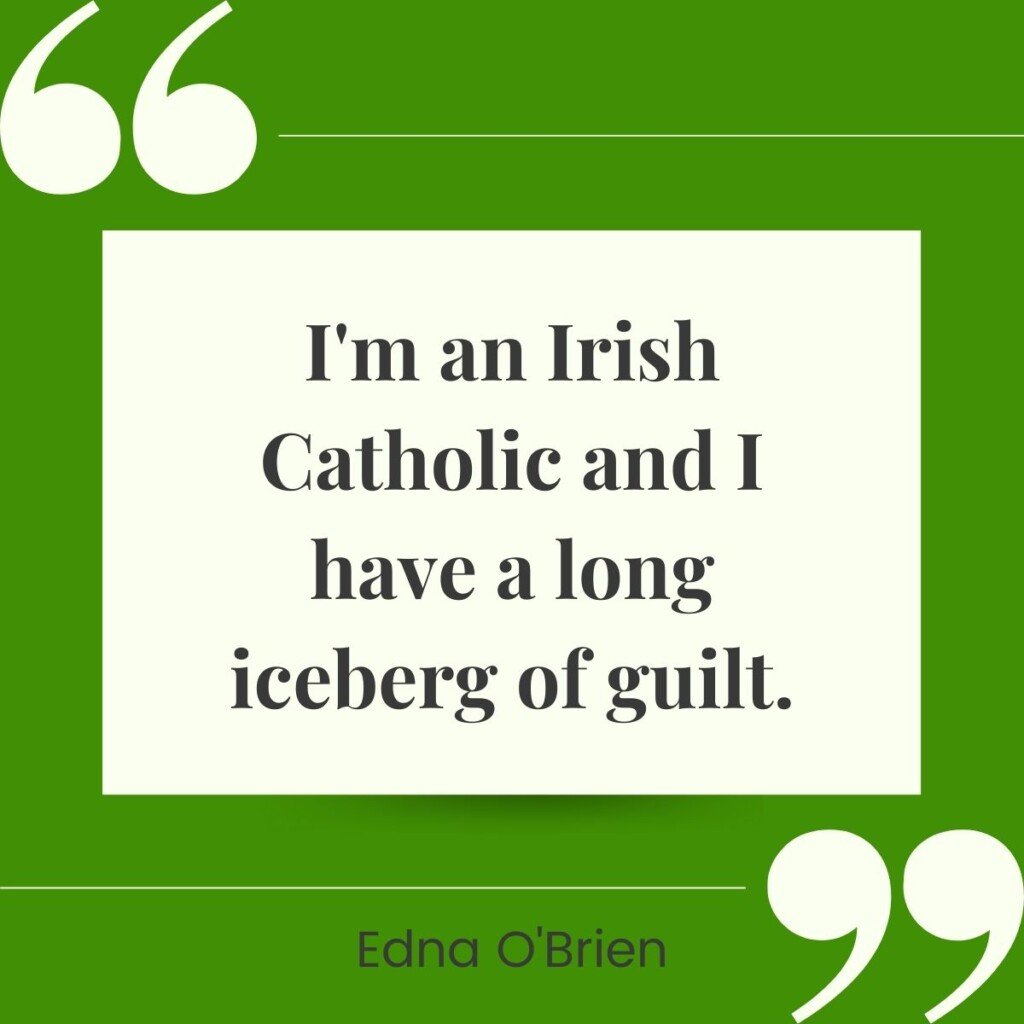 What is Irish Catholic Guilt?

So what is this guilt we speak of? It’s an uncomfortable sensation in the pit of the stomach caused by an overly functioning conscience.

The guilty suffer from intense internal reactions of regret, triggered by external events barely noticeable to others.

To understand these feelings, they have to be experienced. I often wonder if there are people who never, ever feel even the slightest twinge of guilt.

Do you have to be raised Catholic,

with a fear of hell fire and brimstone,

to appreciate this internal battle of the mind?

Is the severity of a guilt attack

Let’s face it, everyone experiences guilt at some point or another. Every person who has reached an age of reason is conscious of shame and remorse. The question is, do we Irish, practice self-condemnation and reproach to a higher degree than others?

The answer eludes me. I have only seen and experienced the world through the lenses of my own Irish upbringing. I welcome your two cents worth in the comments section below. 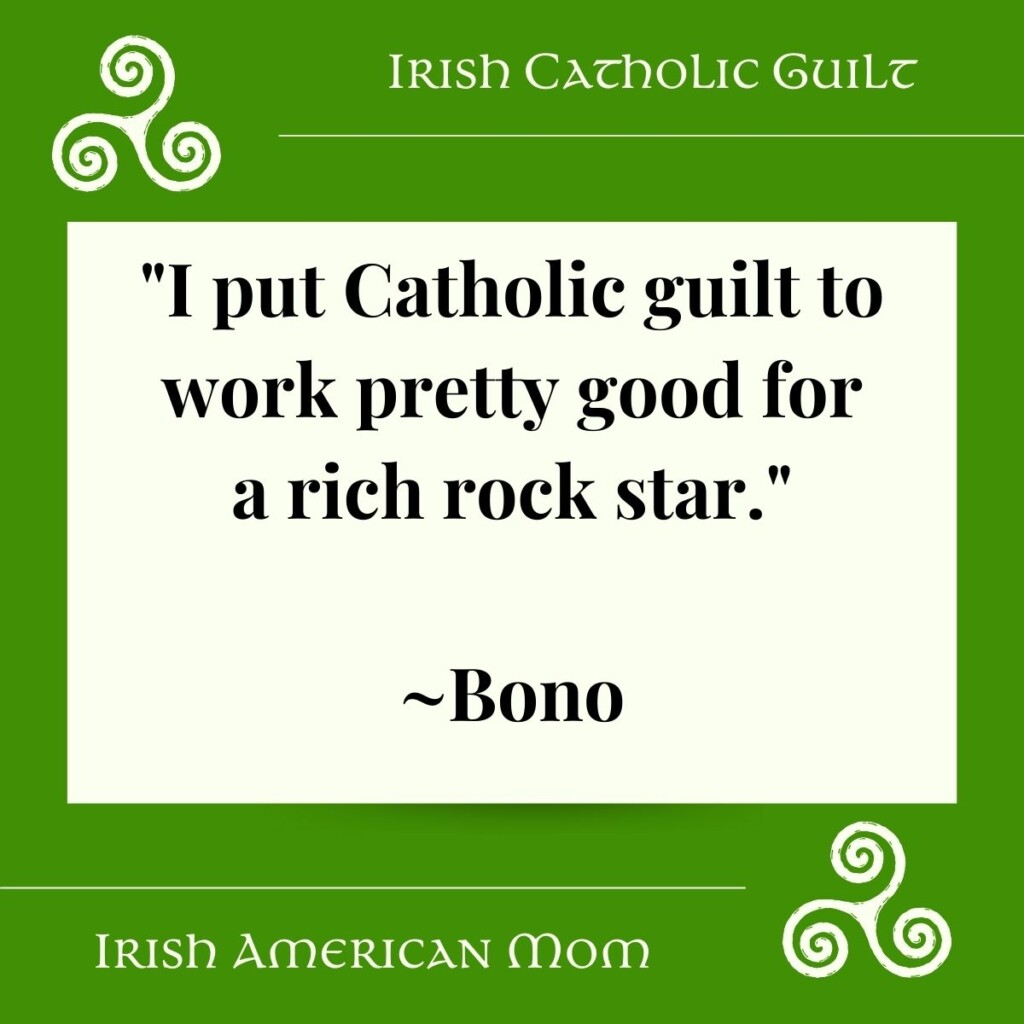 As an Irish person I feel pangs of guilt from time to time, sometimes over the most trivial things.

I have a tendency to volunteer, to stretch myself to the limit, born out of a serious sense of guilt.

When an appeal comes out for help at a school event for example, I’m usually overcome by guilty feelings that if I don’t help, nobody else might step up to the proverbial plate. 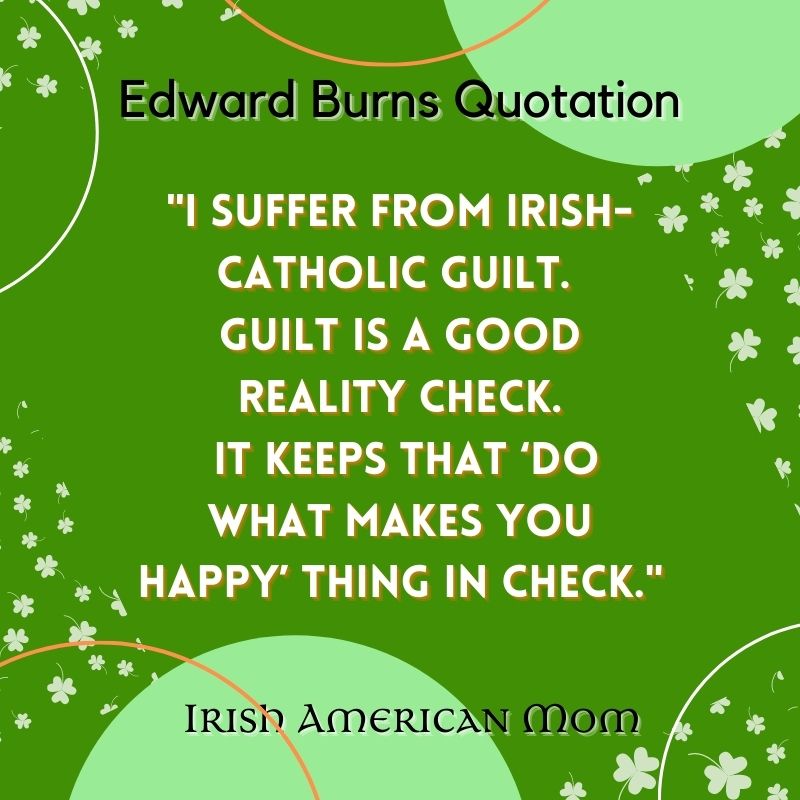 Why Do The Irish Feel Such A Strong Sense Of Guilt?

If we Irish are the most guilty of all nationalities then what might be the cause? Potential origins are wide and varied. Some claim years of religious persecution, imperialism, and extreme poverty created a national Irish Catholic inferiority complex.

Our ideas about sin may also trigger these guilty feelings. When we do something wrong we instinctively feel bad, and do everything in our power to make it better. No matter how hard we try to be good, we know we will fail because that is simply part of human nature.

” “All that praying you made us do,” complained Maggie. “And making us go to Mass.

and guilty about absolutely everything. No, Ma, you were the pits.”

– From “Late Opening at The Last Chance Saloon” by Marian Keyes

Our Irish mothers transferred a deep sense of guilt, and many are proud of their handiwork.

But is it truly guilt? Or perhaps this cultural inheritance is actually our conscience, our sense of humanity and the need to do good in the world?

Is Guilt Good or Bad?

Guilt is often portrayed as a flaw, a deep weakness of the Irish psyche. But I see guilt differently. I think it gets a bad rap.

I actually like guilt. Believe it or not, guilt can be good, giving us a great sense of responsibility for what goes wrong. We all fail occasionally. That’s simply a manifestation of our humanity. When we fail or forget something, a twinge of regret sweeps over our Irish Catholic psyche. It’s what keeps us honest. So in my book, there’s nothing wrong with a little guilt.

But take note, I did say a ‘little’ guilt. Obsessively compulsive, over-the-top, never-letting-it-go kind of guilt is far from healthy.

Excessive guilt can be a stumbling block for some. I personally think we should accept those guilty feelings, forgive ourselves, then move on. Never deny responsibility for a failure or project blame outwardly. Just accept life’s challenges, forgive and make the necessary changes. 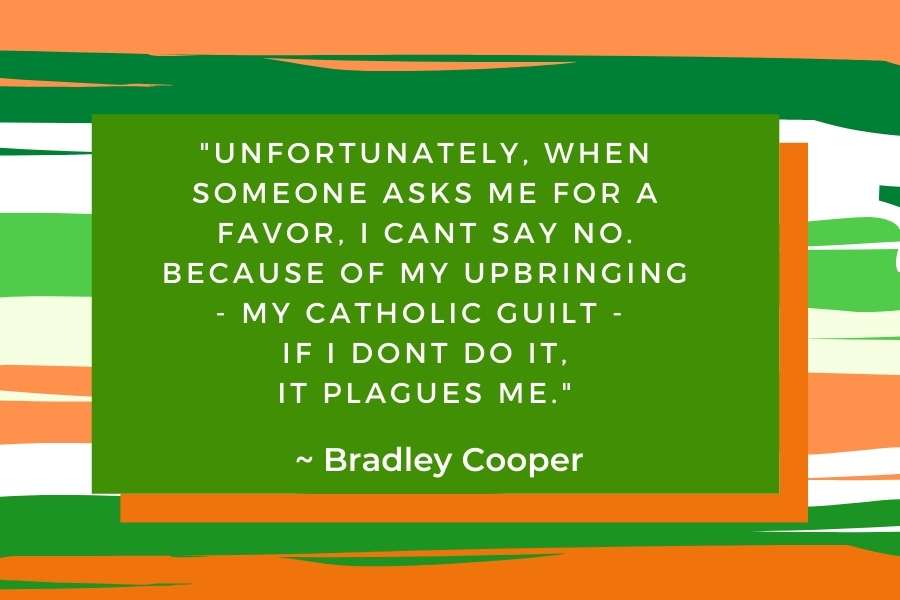 Without a smattering of guilt, we might all go around feeling unaccountable, at ease with our place in the world, believing we’re worth it, that the world owes us something. Those twinges of guilt, whether they are inherent to our nature because we are human, or because we are Irish, keep us grounded. They encourage us to try to improve, and let others feel confident that we will always give our best, because if we don’t,….. well you know …. we’ll be overcome by our Irish Catholic guilt.