×
Home » Ramblings » What I Miss About Ireland » Lingering Irish Twilight

Twilight is a mystical time, especially during summertime in Ireland when you can experience the magic of a lingering Irish twilight.

The sun struggles to set on the western ocean horizon, casting supernatural light across the waves and land.

Here twilight is not measured in minutes or hours, but by magical, timeless moments. 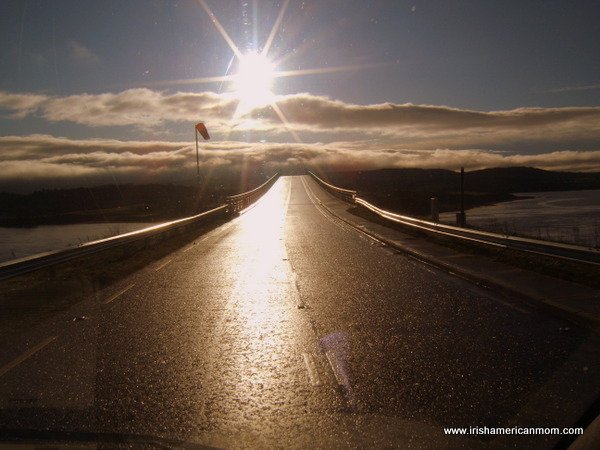 For most readers the word ‘twilight’ conjures up images of vampires and Stephanie Meyer’s saga. Not for me. Twilight reminds me of Ireland, where magical half-light lingers.

American twilight is different, shorter and more business like, except I suppose in Alaska. In Kentucky, the sun heads for the horizon and achieves its goal in spectacular fashion. Here in America we even praise the “twilight’s last gleaming” in our National Anthem.

In Ireland, the summer sun takes a little more time to finally set, lingering on the verge of the horizon, shedding mysterious half-light across ocean swells and patchwork fields.

Apparently Ireland is further from the equator than the lower 48 US states, lengthening Irish twilight hours in summer. 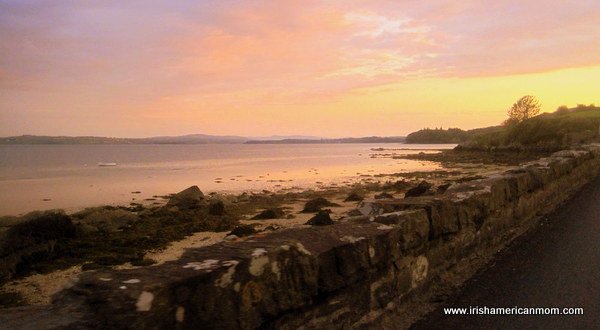 The slow setting Irish summer sun creates a time when the faeries, the gatekeepers of the Celtic Otherworld, can spirit humans away to a land beyond time.

William Butler Yeats was inspired by twilight’s mystical light. His book The Celtic Twilight is a collection of Irish folklore. Here Celtic queens visit humble housewives, dead warriors spring to life, and blind storytellers share the secrets of our mythical past.

This is Irish folk art at its finest. Yeats helped ensure these ancient tales would persist in the perpetual twilight of folk history.

When I was a little girl, my grandaunt Nan loved to read poetry. On the wall of her living room she had framed the following verse by Yeats. I read it over and over again as a little girl, enthralled by the magic of his words. 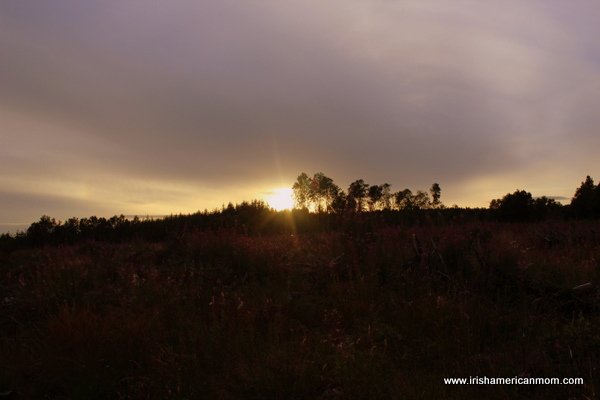 He Wishes For the Cloths of Heaven

“Had I the heavens’ embroidered cloths,

Enwrought with golden and silver light,

The blue and the dim and the dark cloths

Of night and light and the half-light,

I would spread the cloths under your feet:

But I, being poor, have only my dreams;

I have spread my dreams under your feet;

Tread softly because you tread on my dreams.” 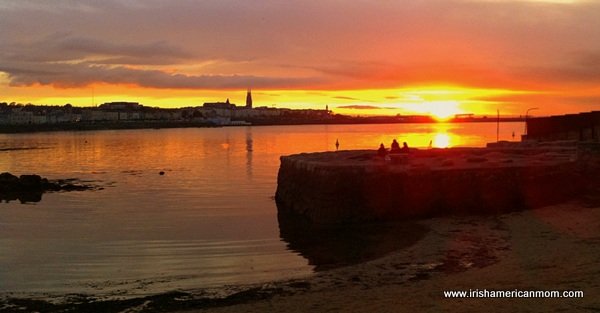 “The twilight turns from amethyst

To deep and deeper blue,

The lamp fills with a pale green glow

The trees of the avenue.” 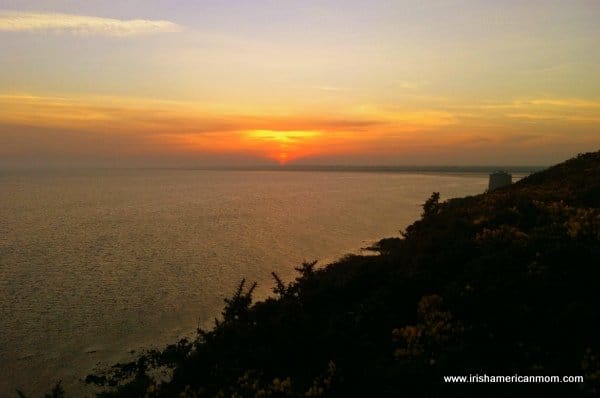 There are a few words in the Irish language that refer to this time of day.

“Coimheascair” (pronounced kwiv ashkur) refers to twilight, but it also means struggle. Was the word applied to the end of day to highlight the struggle between sunlight and moon light? I like the poetic origins of this connection. 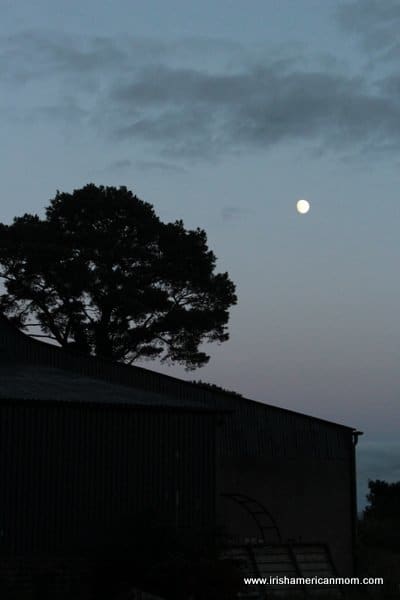 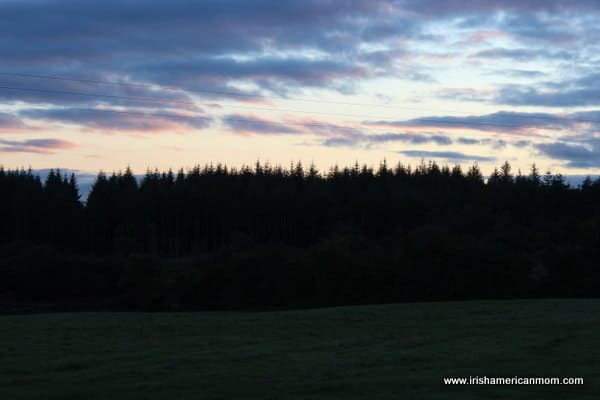 And so, I hope these few thoughts about my fond recollections of Irish twilights will help you end your day on a positive note. 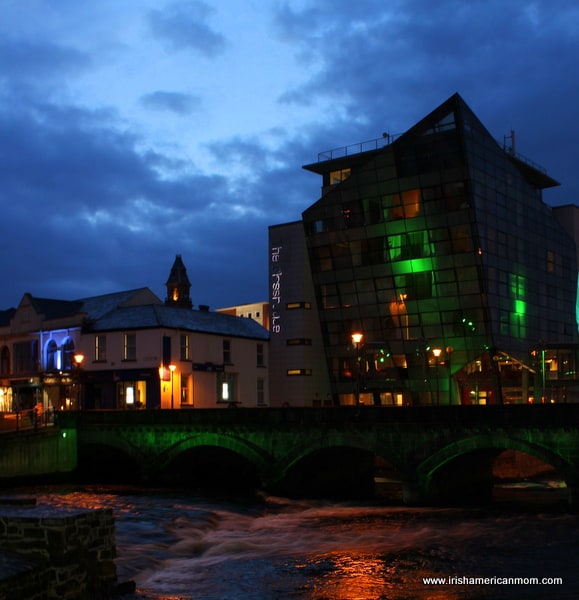 No matter how hard your day may be, I hope twilight is a reminder of all the wonders of life that lie ahead.