Lissadell House is a magnificent Georgian home in County Sligo, where the Gore-Booth sisters, Constance and Eva, once passed their childhood summers. Despite her privileged upbringing, Constance played a pivotal role in the Easter Rising of 1916.

Yeats, a frequent visitor to Lissadell penned a tribute to these sisters, a poem I vividly remember learning off-by-heart as a school girl in Dublin. Here’s a little snippet …. 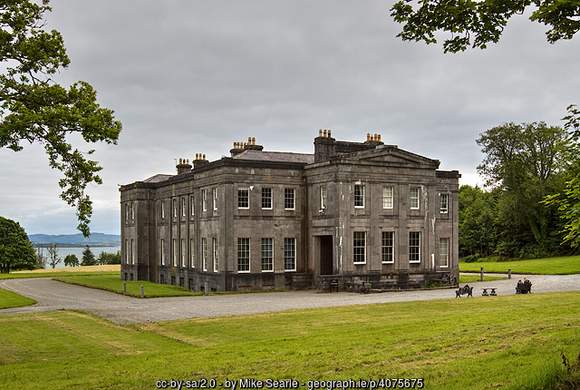 In Memory Of Eva Gore-Booth And Con Markiewicz

“The light of evening, Lissadell,

Great windows open to the south,

Beautiful, one a gazelle…..

…. Many a time I think to seek

One or the other out and speak

Of that old Georgian mansion, mix

pictures of the mind, recall

That table and the talk of youth,

Beautiful, one a gazelle.” 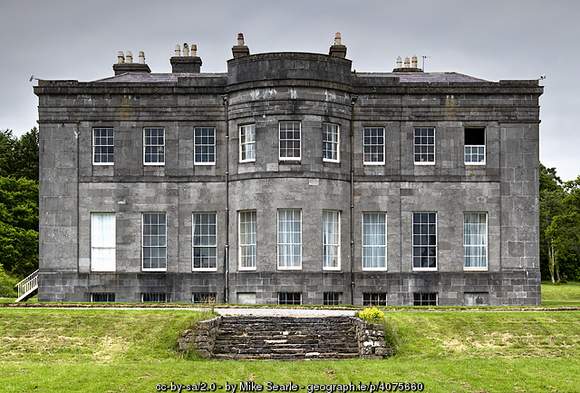 I’m delighted to publish a guest post by Brighid O’Sullivan who shares her love of Ireland and Irish history on her website Celtic Thoughts. Today, Brighid is taking us on a tour of Lissadell House and Gardens in County Sligo. And so, I hand you over to Brighid…..

Lissadell House, on the west coast of Ireland, is a brilliant destination to add to your travel plans when you visit County Sligo.

Besides being the family home of the once famous rebel, Constance Markievicz (nicknamed the Rebel Countess), you’ll find history, grandeur, stunning scenery and helpful tour guides, who will explain and share stories with you as you walk through the superbly renovated rooms.

The surrounding countryside shows panoramic views of a rolling sea and the unusual topography that is Ben Bulben close by.

If you plan well, you may visit when there is a special function at Lissadell. In the past, I have seen musical concerts, lectures, hot air balloon rides, and a children’s petting zoo advertised.

Any time is good though. Part of the house is closed off as a family home but a good portion is open to the public as both a museum and forum used for historical lectures such as the Revolution and Remembrance Conference hosted the 13 – 15 of May. 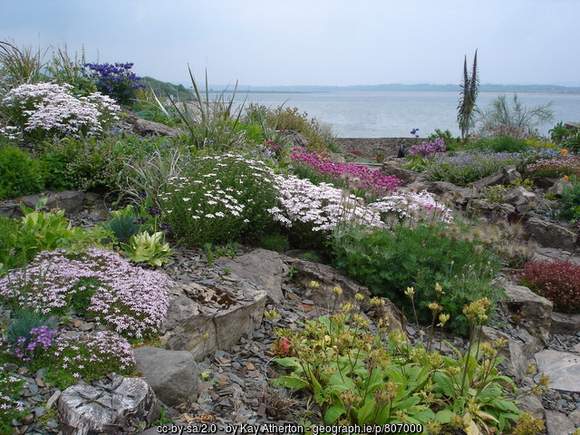 The gardens are fantastic and straddle the seashore inside a walled garden filled with many rare and unusual alpine plants, some species created by the Gore-Booth family themselves.

The real history of Lissadell is in the legacy of the people who lived there. The most famous Gore-Booth is Constance Markievicz who was the only female leader of the 1916 Easter Rebellion not executed, and her husband Casmir – he painted several portraits of staff and family, still seen today on the walls of the Gore-Booth dining room. The colors are extraordinary.

My favorite part of the house, a special museum on the second floor dedicated mostly to Constance, is filled with photos, her own drawings, and news memorabilia, not just of her rebel days, but of her younger years as a social debutante and actress. 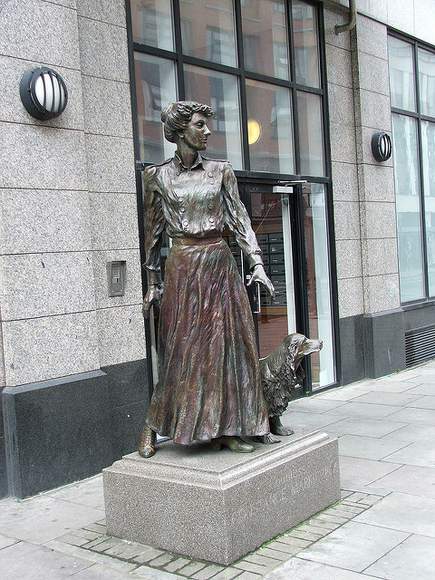 Statue of Constance Markiewicz in Dublin

A special relationship existed between Constance and her sister, Eva Gore-Booth. So intense was their relationship that they claimed to communicate telepathically, even while Constance was in prison.

Eva left behind her own legacy very different from her more militant sister’s. As a pacifist, she fought for women’s suffrage, better working conditions for women in England, and testified for conscientious objectors during WWI.

You can find out more about Eva by reading a Free biography, Eva Gore-Booth, the Other Sister. The book is available from Amazon as well as Barnes and Noble. 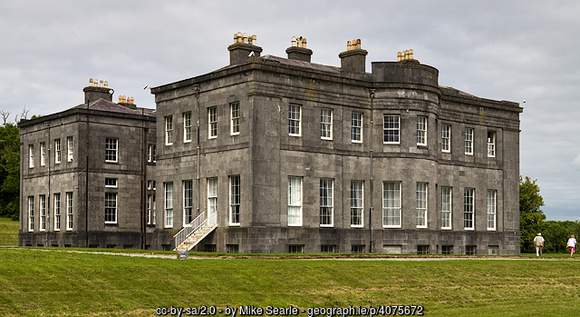 Lissadell House is a Greek neo-classical manor house filled with history, beauty, and grandeur located in County Sligo in the West of Ireland. The rooms, decorated and furnished with original pieces worthy of a royal country estate boast a hominess to the house that breathes family life and culture.

Sir Henry Gore-Booth loved to travel and was an adventure seeker. He brought back many of the mementos we see in the house today. For instance, you will find a stuffed grizzly bear alleged to have been shot by Henry’s valet, Thomas Kilgallon as well as stuffed birds, walrus tusks, harpoons, and geological specimens sprinkled among the elegant furnishings.

Early history of the house reads like a historical novel plagued by war, famine, and heartbreak. Built on land previously fought over by the O’Donnells and O’Connors, the land around Lissadell was awarded by Queen Elizabeth I—to Paul Gore who later became the first ancestor of the Gore-Booth family.

Around 1760 the first Lissadell House was built next to the sea with a walled garden out back. The home was demolished eighty years later and Sir Robert Gore-Booth built what is Lissadell House today.

The house is privately owned by the Walsh/Cassidy family who painstakingly restored the walled alpine gardens (once providing rare plants to much of Europe), house, riding ring, and grounds to its former beauty. 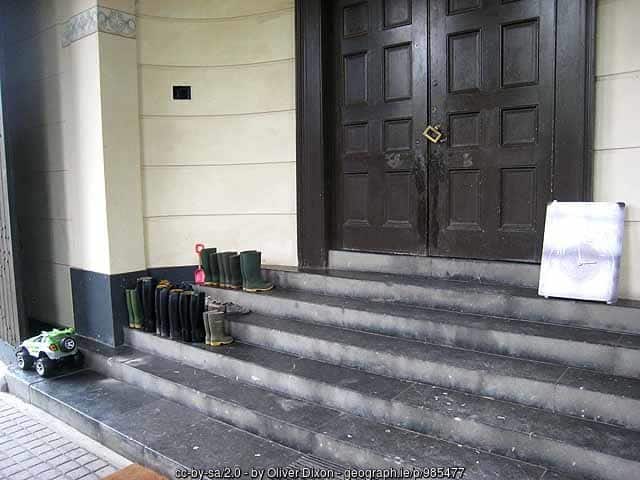 As you can imagine, the task was not without its challenges and legal issues with the property costing the family thousands in litigation.

Although previously offered money from the government (not without stipulations), the family opted to spend all their own money on renovations and turn down any grants. They have done a wonderful job as many people have attested to, with the whole family including children taking part in the repairs. 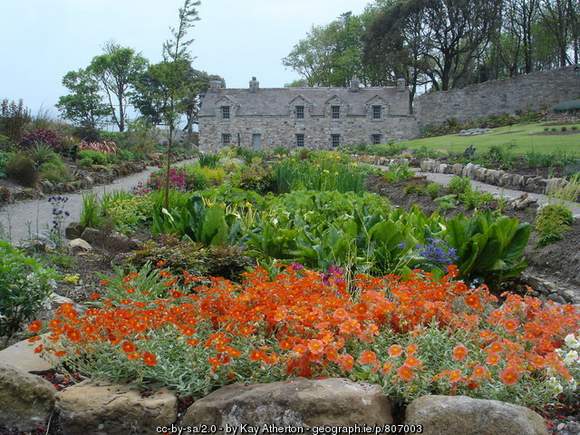 Also close to Lissadell and in County Sligo are Coole Park, the home of Lady Gregory and Yeat’s summer home, a tower house called Thoor Ballylee.

To read more about The Gore-Booths and the Famine go here.

Thanks Brighid, for this wonderful post and information about Lissadell and the Gore-Booth sisters.