“Two descendants of an Irish king journey to the island he once presided over — not to reclaim the land, but to surf the waves.”

This tagline captured my imagination. Today I am delighted to share a guest post, written by Eliza Kane, co-producer of an amazing documentary film, The Crest.

It tells the story of two descendants of the King of the Blasket Islands who have never met. Patrick Kane’s (in Irish Pádraig O Catháin’s) great-great-grandsons have inherited a deep seated love for the ocean and surfing. Upon discovering each other, they arranged to meet for the first time in the land of their unique heritage, to explore their history and satisfy a desire to conquer the dangerous water of The Blasket Islands. This week their dreams will become reality.

View Of The Blasket Islands From The County Kerry Coast

I grew up hearing tales about a legend of Irish culture, the small collection of sparsely populated isles off the coast of West Kerry known as the Blaskets. Though beloved in Ireland for their rugged beauty and the iconic folk lifestyle that prevailed there since approximately the 11th century, not many Americans are aware of this magical place – I happened to be more fortunate because my father’s family hails from it.

Still, I never expected to play a role in passing those stories on by co-producing a full-scale documentary. That is, not until last summer, when through a nexus of fateful alignments Butter Flavored Films green lit the project; I came on board to assist my brother John, who had fostered the idea into a solid pitch.

There have already been many studies on the fishermen and families who settled An Blascaod Mór, the Great Blasket Island. Historians and literary scholars are fascinated by its time capsule-like preservation of pre-Anglicized gaeltacht culture, the wealth of Irish-language memoirs and poetry that emerged from so small a community, and the eventual demise of the island. 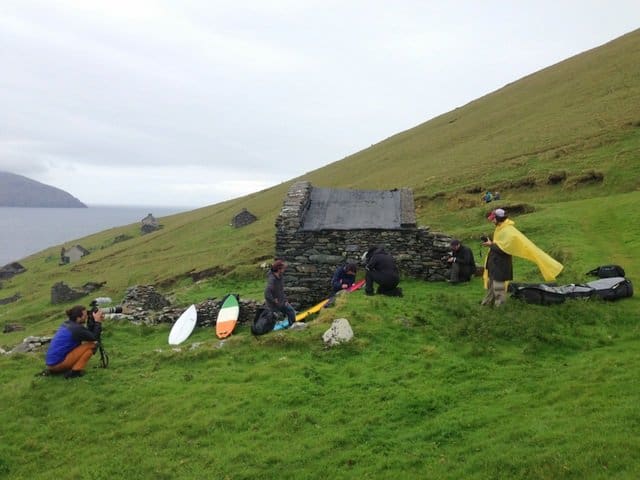 It was evacuated by the government in 1953; the reasons given spoke to the welfare of the last inhabitants: the fundamental unsustainability of their lifestyle given limited resources and dwindling youth, the unrelenting danger of the waters that separated them from the mainland, and perhaps most poetically, their growing loneliness.

But the film my brother and I are producing will not be a mere re-telling of what is already known and romanticized about the Blaskets; it will instead revive the ghosts of those lost generations by telling its own story, one set in the present day. This story features two direct descendants of the most famous Blasket king, Padraig O’Cathain (Kane), American cousins who happen to have their own reckless love for fatal waters: they have both devoted their lives to surfing. 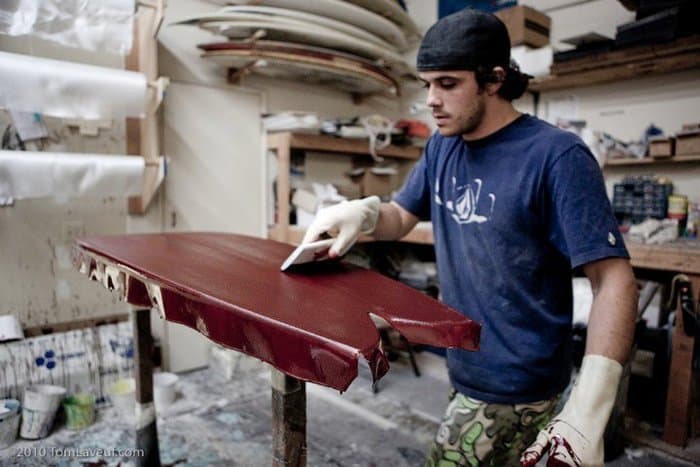 Due to the separation of Kane family branches when their parents were young, Dennis “DK” Kane and Andy Jacob just found out about each other as adults, only some months ago. While doing research on his unique Blasket roots, DK was able to track down my brother John. When we realized this long lost cousin seemed to be a west coast version of Andy, with whom we’d grown up on the east coast, we knew they had to get acquainted – and they will, meeting for the first time during Ireland’s historic reunion of international offspring, The Gathering.

During this weeklong celebration we are documenting the meeting of these youths and their attempts to catch the waves that both kept their ancestors protected from cultural genocide and ultimately pushed them out of their reclusion and into the American frontier. We will also capture what it is for these two boys to discover each other while grown and to re-graft the severed branches of their family tree in the country of its roots. 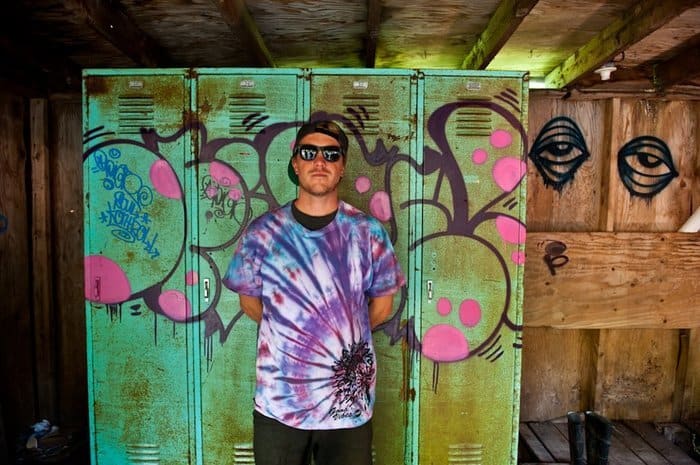 It could seem that I am enamored with this story because it belongs to my family, but I would argue that truly, it is the story of everyone who has emigrated and of their children’s children who grow up elsewhere. We, the grand- or great-grand children of immigrants are often reminded of the fact that we are not just American, and yet it remains a mystery as to what that something is.

For example, all my life people have approached me and said, “Let me guess – you’re Irish.” I suppose that with my fair, freckled complexion and fiery hair it seems a safe bet, and genetically speaking, it is right on the mark.

Literally, however, I am only American, as are my parents and theirs.

So how much am I actually Irish, if at all?

Did I only inherit a stereotypical silhouette,

and their passions have been transmitted as well? 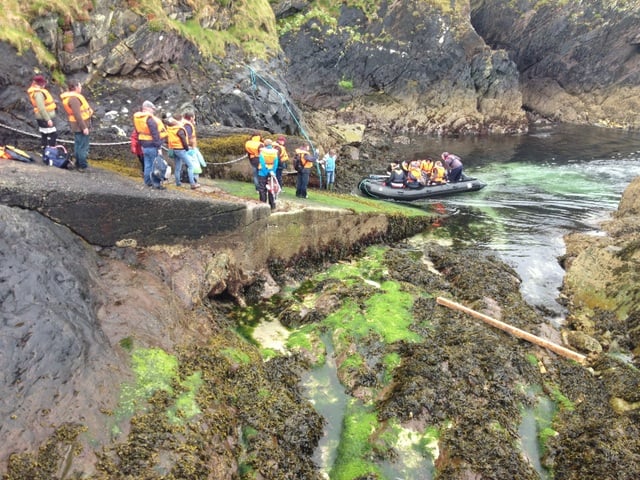 The Surfers & Film Crew Arriving On The Blasket Islands This Weekend.

These are questions every non-native American must shoulder, whether or not she addresses them consciously. There looms the shadow of an orphan complex among all of us who are descended from the pioneering spirits of immigrants. It is natural to crave reunion, to look backward and beyond our current circumstances to understand their origins.

The Irish intuit that stories like DK and Andy’s are out there waiting to be told, which is why they have organized the Gathering to invite us back. And we, the estranged children of Ireland, are only too glad to go and be embraced by the culture that birthed our families into being.

To learn more about our documentary, “The Crest”, please visit www.crestmovie.com

We will gratefully accept pledges to our fundraising campaign via Kickstarter through the morning of 4 June 2013, after which support can be directed to [email protected]. Thank you! 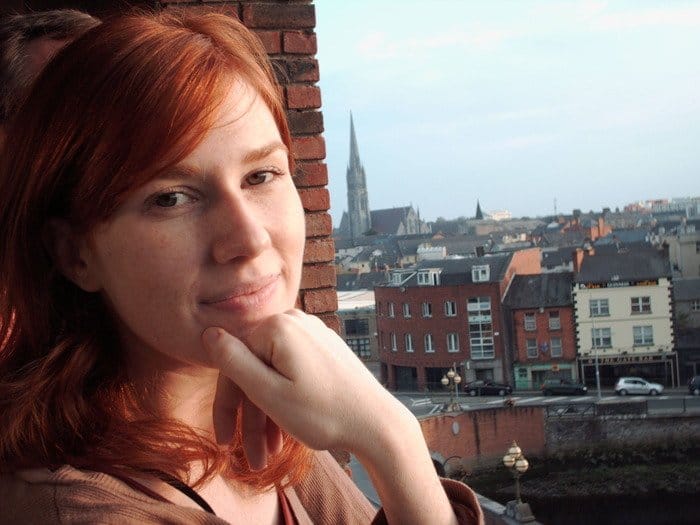 Eliza C. Kane earned a BA and MA in literature with a concentration in Eco-criticism. She has taught anglophone literature and writing at University of Massachusetts Boston as well as Lycée Félix Esclangon in Provence, France.

Originally from Vermont, often on the road, now based in Cambridge, MA, Eliza works for the Alliance Française and devotes her free time to creative writing, conceptual art, and other narrative projects such as this one. Her work has appeared in such publications as Inertia Magazine, Ekleksographia, nthWORD Magazine, Stranded in Stereo, San Diego CityBeat, and The Mass Media.

Thank you for this wonderful article. Wishing Eliza and her team every success with this fabulous project. I hope your fundraising efforts will help bring this documentary to fruition.

Enjoy every moment of your time in Ireland and County Kerry, Eliza. I hope your experiences there will help you reconnect with the land of your ancestors. Although you may be first and foremost an American, your Irish ancestors’ passions for life, storytelling and adventure runs deep in your veins. As an Irish woman born and bred, I say you and yours will always be Irish too. I look forward to watching the finished documentary.

Here’s a quick update from the filmakers.

We are VERY excited to announce that our film, THE CREST, will be released on June 18th 2019 throughout North America on VOD and DVD. Pre-Orders are currently available on iTunes and Amazon (Links below). Please be sure to rate and leave positive feedback, independent films survive off of good ratings.

If you’re not already following the The Crest on social media, please do so now. We’ll be posting updates about the film’s June 18th release over the next few weeks, please share them with all of your friends and followers.

Thank you all so much for your patience. We apologize for any lack of updates. It’s been one long, arduous journey. Making this film was no easy task. But we never gave up and worked super hard to make sure we delivered the best film we could. A film worthy of your support and one that we’re all super proud of. Now, with your continued help we can finally release this film into the world.