The Claddagh Ring is possibly one of the most culturally significant pieces of jewelry found anywhere in the world and is one of Ireland's most loved symbols.

It's history, design, meaning and manner of wearing are all deeply rooted in Irish culture and tradition. Two hands of friendship hold a heart of love beneath a crown of loyalty. But what does this symbolism mean?

Have you every wondered 'what is the meaning of the Claddagh ring?' 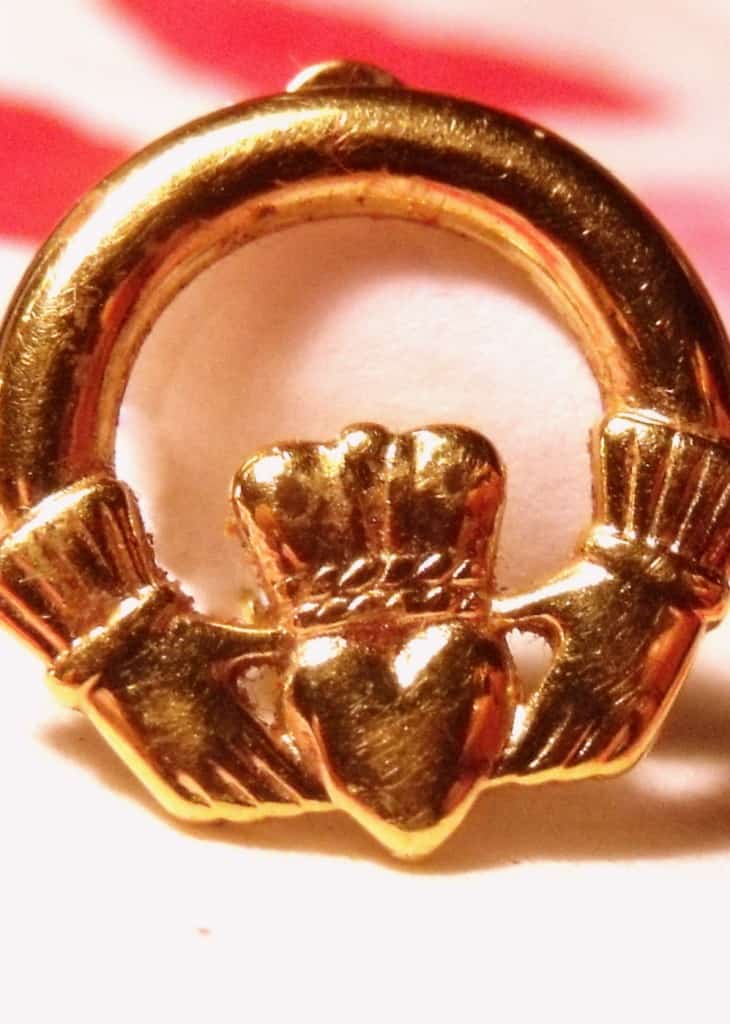 Are you interested in learning more about the Claddagh ring as a symbol of love and loyalty?

Perhaps you are thinking about using Irish Claddagh rings for your wedding, and would like to investigate the true meaning of these Irish rings.

This enduring symbol of Irish love may be the perfect choice for an Irish wedding.

Available in many metals including gold, sterling silver and white gold, these Irish rings are loved by many all over the world, especially Irish Americans. 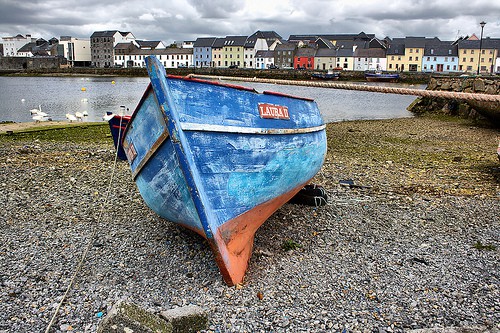 The ring is named after a tiny fishing village called The Claddagh, which lay just outside the city of Galway in olden times.  Today it is part of the city. This village got its name from the Irish word for stony beach - "An Cladach".

One of the oldest fishing villages in Ireland, it dates back to the 5th century. The people elected their own King, and lived by their own customs and laws, separate from the people of Galway. It was an Irish speaking, thatched cottage community, that seldom welcomed strangers.

The ring finds its origins in this Irish fishing village, but its creation is rooted in myth and legend.

There are three different legends told to explain the origins of the ring. Who knows which one first found life in reality! Today all three tales have attained mythical status and so we will explore them further.

The Tale of Richard Joyce

The first story centers around a Galwayman, Richard Joyce and his enduring love for his sweetheart Margaret.  Richard was captured by Algerian pirates and sold as a slave to a Moorish goldsmith. Richard became his master's apprentice and designed the ring, hoping someday to be reunited with his true love in the Claddagh.

In 1689 William III demanded the release of all British subjects held as slaves. The Moorish goldsmith offered half his fortune and his daughter's hand in marriage if the talented Richard would remain with them. Richard declined, returning once again to Ireland in search of Margaret.

She had remained loyal to him, never marrying another. They were reunited and wed. Richard presented her with his specially designed ring to symbolize their friendship, love and loyalty. 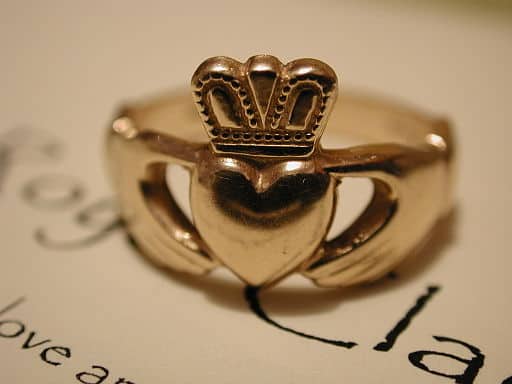 The second historical theory centers around another member of the Joyce family. Margaret Joyce married a Spanish merchant who traded with the people of Galway. When he died and left her his fortune she returned home from Spain. She married the Mayor of Galway, Oliver Og French.

She spent her fortune building bridges around Galway, which was very important for this coastal town. The first Claddagh ring was supposedly dropped by an eagle into her lap, as a reward for her generosity. 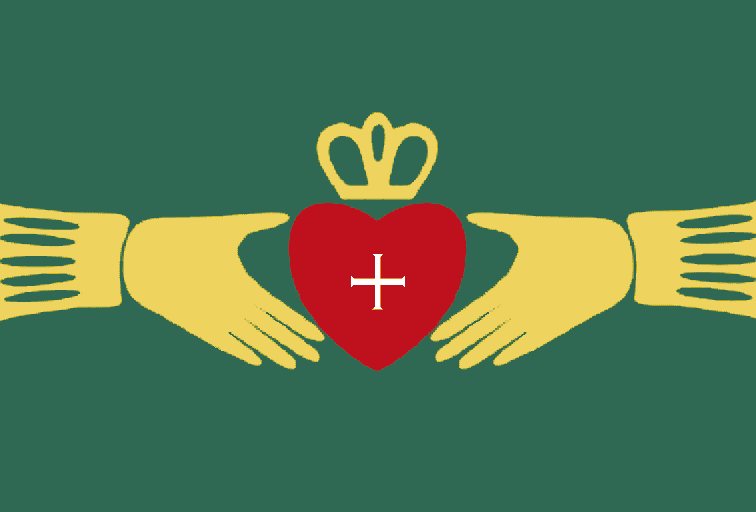 The third and final theory tells the tale of a Spanish prince who fell in love with a young girl from the Claddagh village after the Spanish Armada went adrift off the coast of Ireland in 1588.

The people of the Claddagh hid the Spanish sailors from the English. The girl's father did not trust this royal prince, believing his attention and intentions towards his daughter to be dishonorable.

To convince her father of his love and loyalty, the prince designed the Claddagh ring. Her father gave his blessing, upon hearing the deep significance and symbolism of the ring. 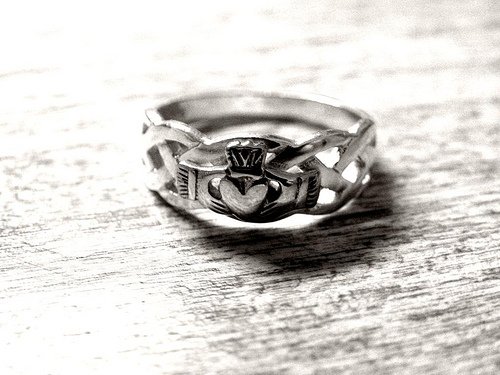 A Symbol of Faith

Whatever the true origin of the Claddagh ring, its deep meaning and message of love and loyalty, has put these rings into a group of European rings called "faith rings."

These "fede rings" date back to Roman times.

The message of the Claddagh ring can be summarized by the saying: 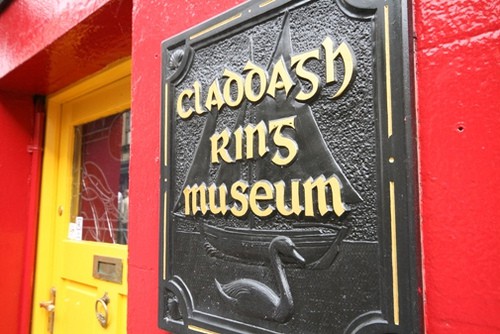 How To Wear A Claddagh Ring

The manner in which a Claddagh ring is worn also holds deep significance. If a person is engaged or married the ring should be worn on the left hand, on the left ring finger with the heart pointing inwards towards the wearer's own heart.

If a person is interested in finding love, the ring should be worn on the right hand with the heart pointing out.

If unattached, but disinterested in attracting the attentions of a potential suitor, the ring should be worn on the right hand with the heart pointing in. 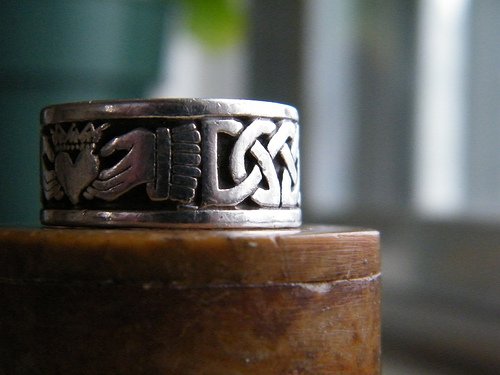 Today Claddagh ring designs use many different types of  metals with gemstones often being seated in the middle of the heart.

Wedding bands, embellished with the Claddagh design, encompass the tradition and romance of its deep rooted history.

Today's Irish jewelry designers are creating some beautiful simple designs that capture the traditional meaning of these old Irish rings. Here are some from Claddagh Design in County Cork. 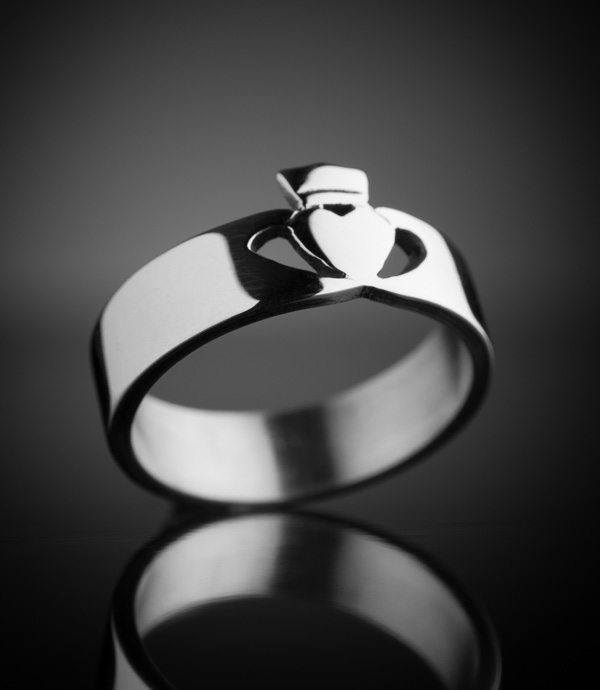 This enduring symbol of love and fidelity has been in existence for over 300 years. It's significance has spread far beyond the Claddagh village where it originated.

These rings of friendship, faith, love and loyalty are admired throughout the world today.Thanks for following my recipes and ramblings.