×
Home » Lessons for Tourists » Land and Culture » The First Copyright

History books may record the first copyright act in the world, as the Statute of Anne, dating back to a 1710 English law, but in Ireland we attribute the concept of copyright law to an old feud between two famous Irish saints.

A Feud Between Two Saints

Colmcille, the great and honored saint of Donegal and Ulster plays a pivotal role in this first copyright dispute. He admired a book which was written by another famous saint of Ireland, St. Finnian. 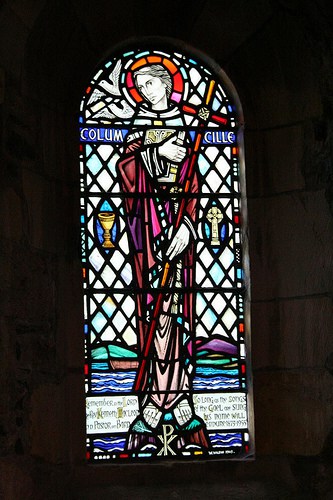 Colmcille believed this book should be copied to make its contents available to a wider public audience. St. Finnian disagreed and denied Colmcille permission to copy his work.

Now, being a man, and a Donegal man into the bargain, Colmcille did not like to take "no" for an answer. He secretly copied the book. To illuminate the dark room in which he worked he set the five fingertips of his left hand ablaze (Donegal finger-lighting boys are not to be toyed with).

A young boy was attracted by the supernatural lights radiating from the church. He spied on the plagiarizing saint through a small hole in the church door.

Alack and alas, Colmcille was guarded by none other than his pet crane. The bird stuck his beak through the hole, plucking out the boy's eye.

The injured youth beat a path to St. Finnian's door, in sheer anguish. The saint miraculously restored the eye, but was none too happy when he learned what the bold Colmcille was up to.

Finnian argued with Colmcille, disputing his assumed right to copy his precious work. Unable to reach a concensus they turned to Diarmaid, the High King, to resolve the issue.

After careful deliberation the High King reached his verdict, coining the famous phrase:

"To every cow her calf; to every book its copy." 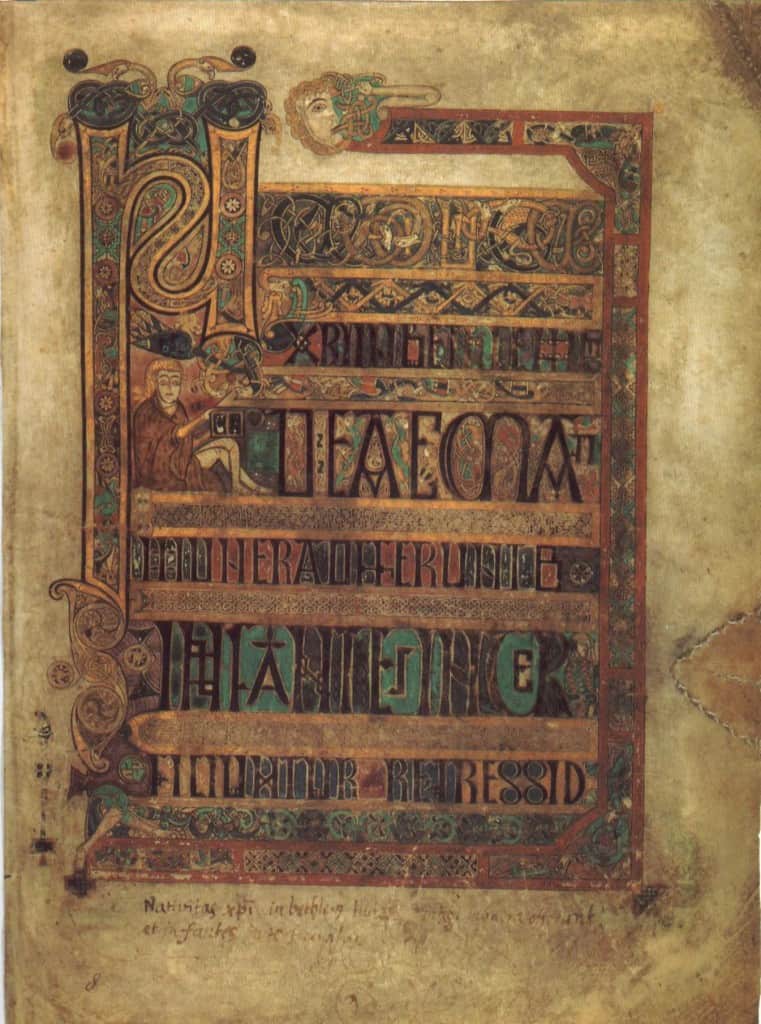 Sample page from the Book of Kells - an ancient Irish manuscript

The First Copyright Judgement in History

Books  were then made of vellum which is stretched and dried calf skin. The word vellum comes from the French word 'vel' meaning calf.

This declaration was the very first copyright judgement in history.

Colmcille wasn't one bit pleased with this verdict, so he waged war on the High King.

Although he emerged triumphant in battle, he never assumed the role of King. He was banished to Scotland, forced into exile as punishment for his sins.

And so, all writers and artists worldwide who benefit from the ever-so-important legal protection of copyright law can thank the Irish for its inception.

Many may believe this tale to be mere legend, not a verifiable historical fact. Even so, we Irish hate to "let the truth get in the way of a good story".

Therefore we are taking full credit for the origins of copyrighting.