Mountains throughout the world are said to resemble human form. Ireland too boasts such rock formations, and this summer we spotted the ‘Sleeping Man’ or ‘Sleeping Mummy’ of County Donegal.

With Halloween fast approaching, I thought it might be a good time to share my photos of Donegal’s ghostly hill.

If you look directly up from the pier in the photo above, you can see the silhouette of a sleeping man, where the mountains meet the sky. 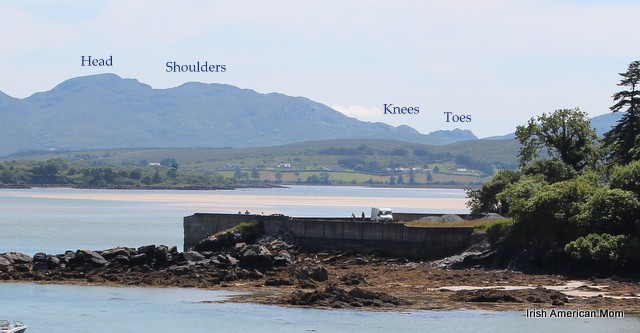 Here’s a closer shot where you can clearly make out his human-like form. I took this photo from the car park in Ard’s Friary.

My husband, being a Donegal man speaks fondly of the ‘sleeping mummy’, but I’m afraid he knows little else. I would love to learn any local legends surrounding it.

Found in the area of Donegal where the legendary Diarmuid and Gráinne were pursued relentlessly by Fionn MacCumhaill, I wonder if there is any mythological link between the great warrior of Ireland and this sleeping giant.

If any reader can shed some light on the mystery of our Donegal mummy, I would love to hear your story in the comment section. 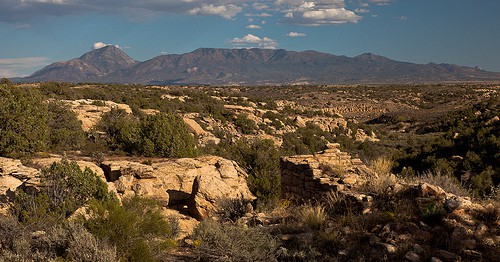 Years ago my husband and I visited Mesa Verde National Park in southwestern Colorado. From there we spied ‘Sleeping Ute Mountain’.

“We’ve got one of those in Donegal,” he pronounced.

“Ah sure, you’ve got everything in the Hills of Donegal,” I replied, with a laugh. 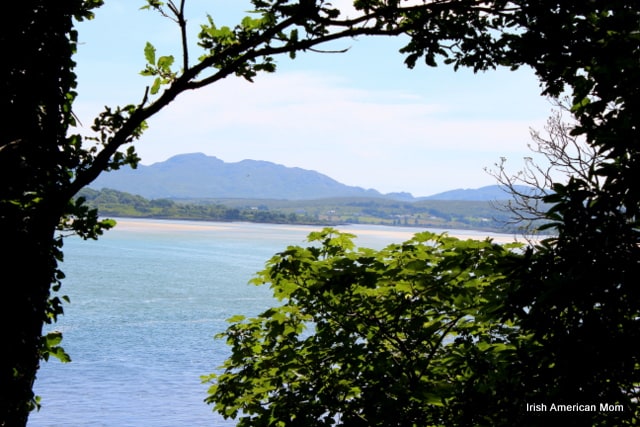 It was only this summer I finally got to see, he was not kidding. They do have a sleeping man in the Hills of Donegal. 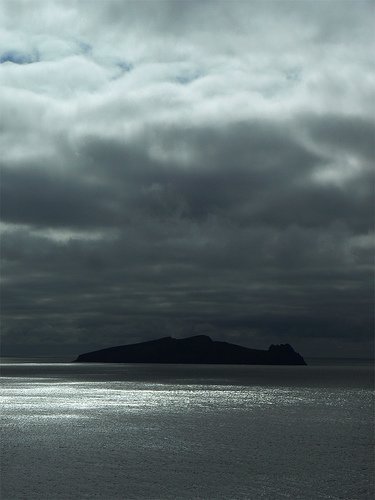 Another Irish landform said to resemble a reposing body is found in County Kerry.  Innishtooskert, one of the Blasket Islands, is locally referred to as ‘An Fear Marbh’ (the Dead Man in English).

Legend has it the whole island is a giant who was put to sleep by a druid in days long gone.

I searched on-line to try to find more information on this Donegal hill, but found nothing. I couldn’t even find the names of the peaks forming his head, shoulders, knees and toes.

Wikipedia has a great list of world-wide rock formations that resemble human beings. Inishtooskert is mentioned, but I’m afraid our Donegal mummy didn’t make it.

And so, this Halloween, may the anonymous, ghostly hill of Donegal rest peacefully overlooking Sheephaven Bay.