County Cavan lies inland, but there is no shortage of water within its borders.

Known as the Lake County, it is home to 365 lakes and the source of Ireland’s largest river.

It’s fish-filled lakes and tranquil hills are but a few of its natural wonders. 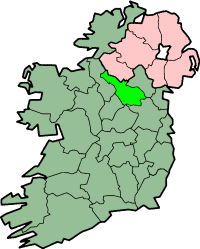 County Cavan is one of the nine counties in the ancient province of Ulster, and is one of Ulster’s three counties which are part of the Republic of Ireland. 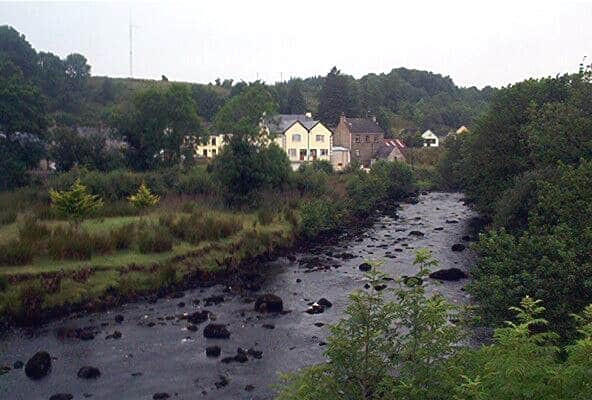 The Shannon River in County Cavan

The river Shannon, Ireland’s longest river, was named after the celtic goddess Sionna. It rises in Shannon Pot, Co. Cavan, gaining in size as it meanders southwards, bisecting the country. 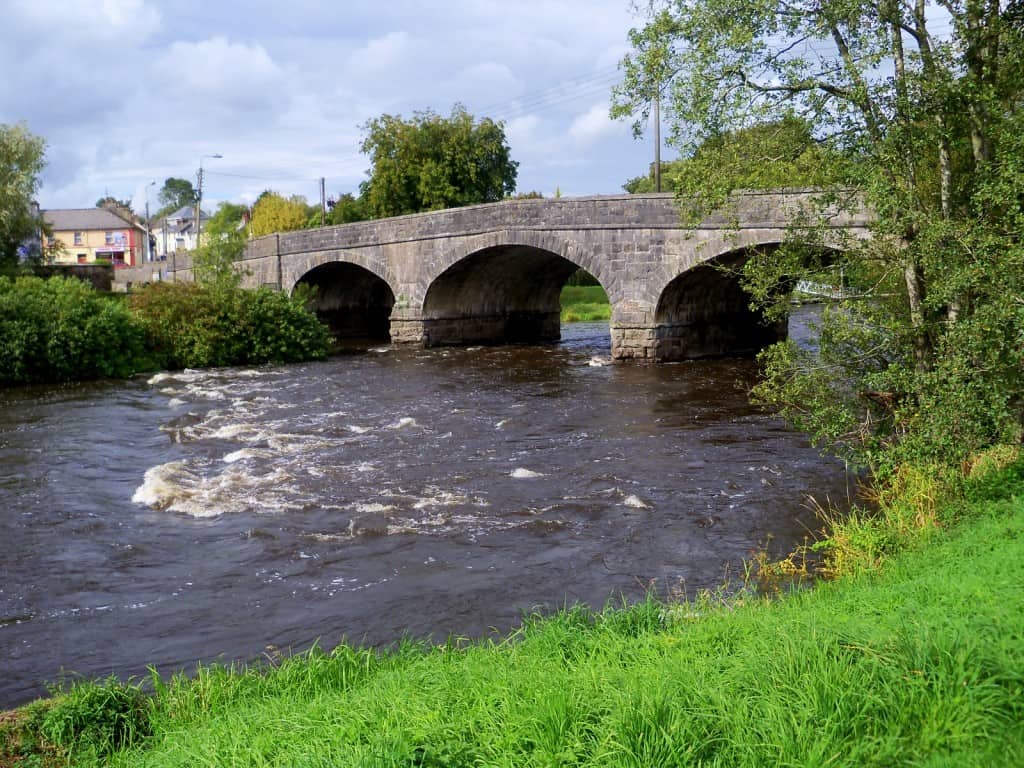 The river Erne first bubbles to the surface in Co. Cavan, before flowing northwards into Co. Fermanagh. 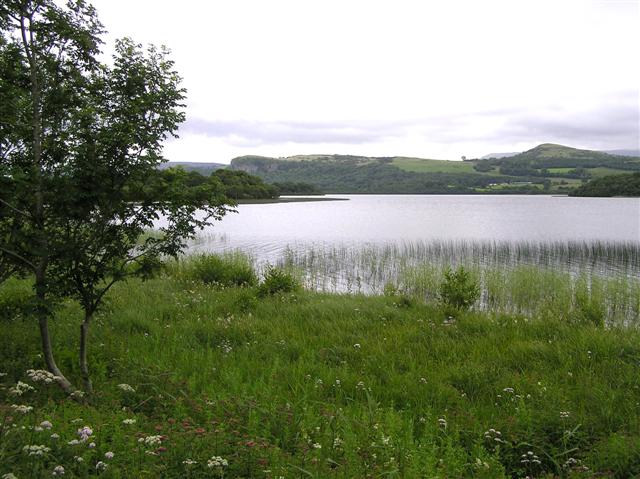 Cavan is dotted with small hills called drumlins with lakes nestled in valleys. The northwestern part of the county is more mountainous. The Marble Arch Caves and Global Geopark is located between County Cavan and County Fernamagh. Tours of the caves are conducted from March through the summer months. 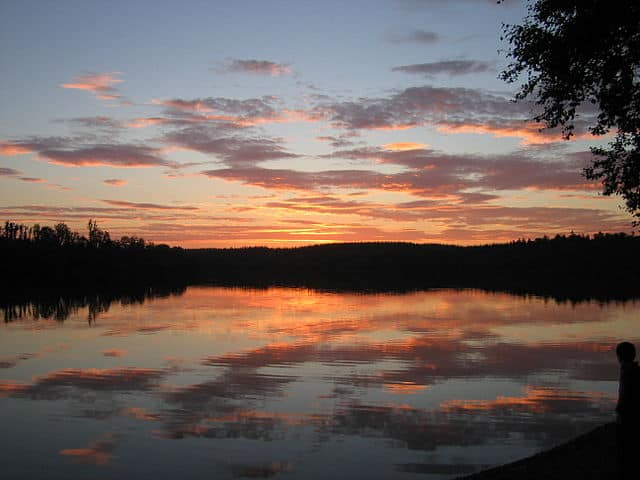 Clough Oughter Castle dates back to the early 13th century. Cabra Castle is now a four-star luxury hotel. The ruins of Castle Saunderson can also be explored. 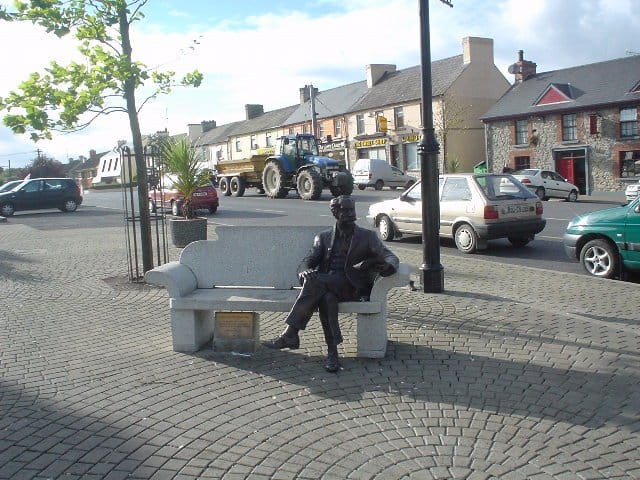 A statue of Percy French (1854 – 1920) sits proudly in the town square in Ballyjamesduff. In his day French was one of Ireland’s foremost songwriters. Although born in Co. Roscommon, he lived in Co. Cavan where he wrote some of his most famous songs. Ballyjamesduff is proud of his composition “Come Back Paddy Reilly to Ballyjamesduff.”

Are whispering over the sea:

‘Come back Paddy Reilly, to Ballyjamesduff, 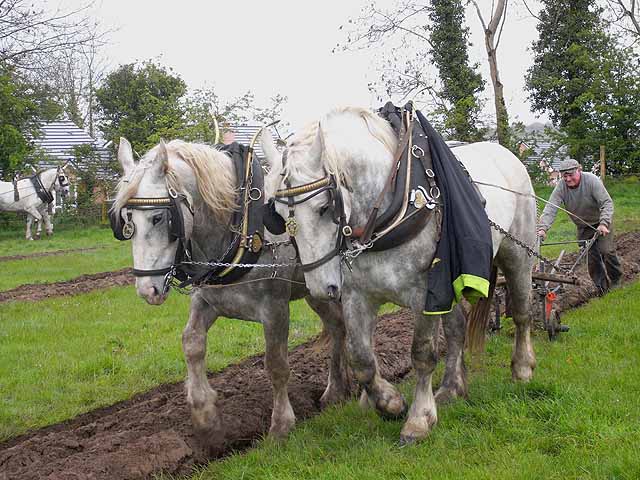 The annual ploughing championship attracts farmers from far and wide to demonstrate their skill in turning over the heavy clay soil of this fertile county. 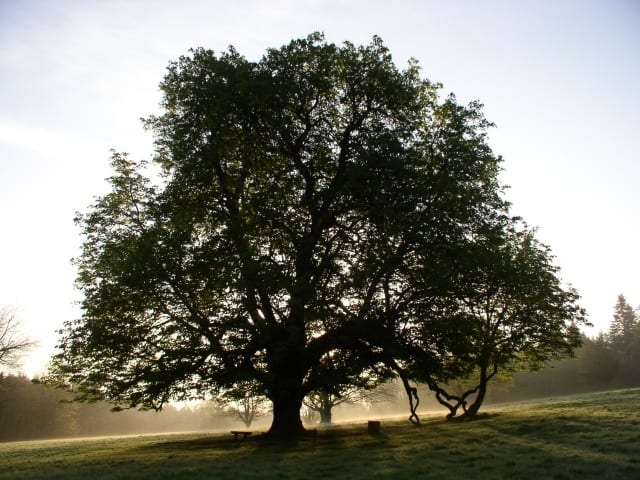 Dún na Rí Forest Park lies in a tranquil glen and was once part of the Cabra Estate owned by the Anglo-Irish Pratt family. Steeped in myth, CuChulainn, an ancient Ulster warrior, supposedly slept here at night, while by day he single handedly defended his province against the armies of Queen Maeve of Connacht. 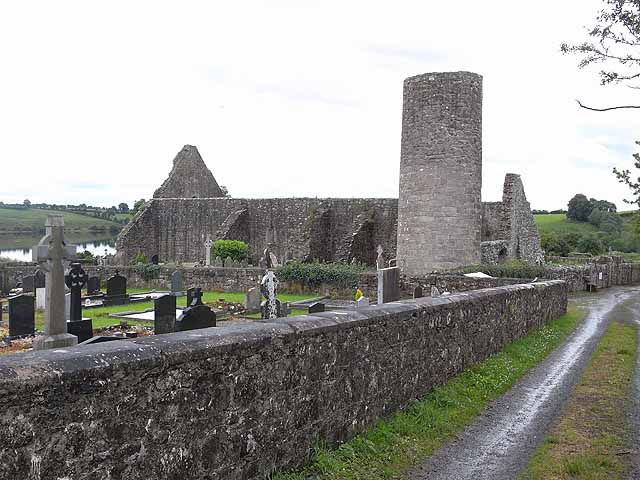 Drumlane Abbey dates back to the 6th century. The lower half of the round tower is all that remains. 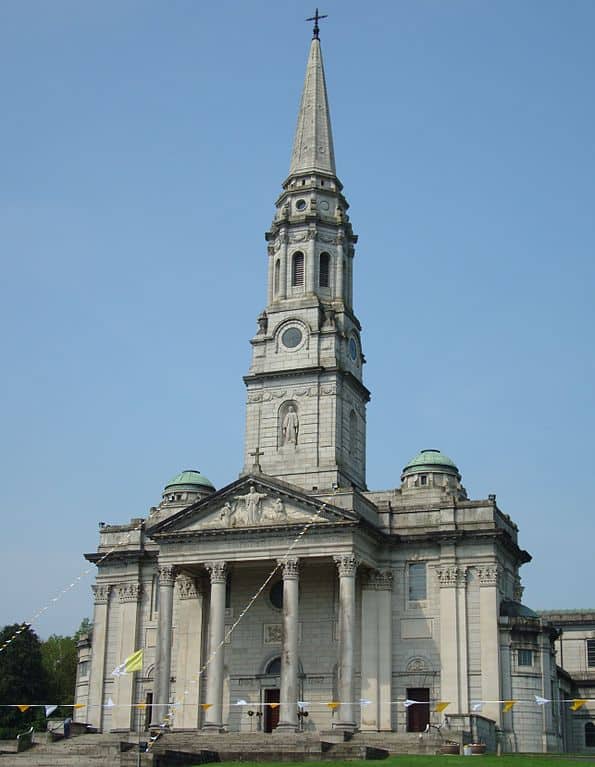 The O’Reilly family built a castle in Cavan town in the 13th century. O’Reilly remains a common name in County Cavan to this day. Virginia another large town in Co. Cavan was founded by Scottish planters in 1612, and like its namesake state in the U.S., was named after Queen Elizabeth I of England.

County Cavan is every fisherman”s dream vacation spot, but if angling does not appeal, there are many other attractions and ways to enjoy the peaceful countryside of this scenic lake filled county.

Helpful sites for planning a trip to Co. Cavan include:

Here are the links for the other counties we have visited so far on our tour of Ireland, county-by-county.