Mattie Lennon is a frequent guest post contributor to Irish American Mom. I’m delighted to introduce his new storytelling CD, “Truth and Lies” to you today.

Mattie is a true ‘seanachai” (pronounced “shan-ah-key”), an Irish storyteller.

But before I share the details of how to enter to win a copy of Mattie’s new CD, let’s first explore what it means to be a seanachaí in Ireland. 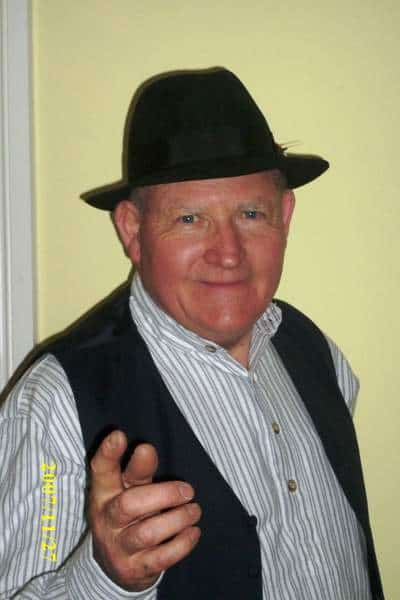 The simple answer to this question is that a seanachaí is a traditional Irish storyteller. But a great storyteller does more than just tell a story. He captures the imagination and whisks you away to another world.

In centuries past, the seanachaí traveled from house to house reciting epic sagas, legends and poems, recounting tales of Ireland’s mythological and ancient past.

In Ireland, being bestowed with the ‘gift of the gab’ is seen as a blessing. Storytelling has been an integral part of our Celtic culture and is a good example of how we put this legendary ‘Blarney’ to good use to entertain our audiences, both large and small.

The ancient Irish custom of memorizing songs, poems and stories was the duty of the seanachaí. In the courts of Ireland’s Celtic kings, then Norman lords, the seanachaí, who sometimes could not read nor write, entertained audiences with tales of legendary heroes and mythical creatures.

When Ireland’s royalty became poor as paupers and lived in thatched country cottages, they continued to welcome the seanachaí to their hearths and homes. Sitting beside open turf fires by candlelight our forefathers shared stories of the past, both true and magically embellished.

But what makes a seanachaí great is not merely the words he shares, but the way in which he captivates his audience. There is a rhythmic lilting to his tones, his voice rising and falling in musical, nearly hypnotic waves.

His story unfolds like magic, words weaving and winding their way into your heart and soul, so that time itself holds no meaning.

And please remember not all seanachaí’s are male, but for the purpose of this explanation I used the pronoun “he’ for easy telling of my tale.

And also don’t forget, that everybody has a story just waiting to be told. The senachaí just knows how to dig out that story and tell it in the most captivating way.

Praise for Mattie the Seanachaí:

One journalist wrote that Seanachaí, Mattie Lennon had,

“ . . .a penchant for holding forth at length

on the little vignettes and foibles of human nature

that many others pass by unnoticed.”

Join the west Wicklow storyteller for 80 minutes, 14 tracks, of seanachaí stories (some of them true!)

With titles like, “Balfe the Robber” and “ Nostradamus and Me,” this CD is a treat for anyone who loves an Irish tale.

Here’s a little excerpt from the story “Balfe the Robber” to whet your appetite….

“Saint Patrick stood at Burgage an’ he come no farther. An’ he pointed his staff up at Lacken, Kylebeg an’ Ballinastockan an’ he sed ‘Let that be a den of thieves an’ robbers forever more’ “.

When the above statement was made to me some years ago, by the late Jimmy Freeman of Ballyknockan, I didn’t know what to make of it.

I thought he was indulging in a bit of, good-natured, inter-townland rivalry.

Being well aware of the God-fearing and law-abiding nature of the inhabitants of the places in question it looked like our National Apostle was out beside it.

Oh, sure enough, a Ballinastockan man was once fined sixpence for riding an unlit bicycle in Blessington during the hours of darkness.

And it was rumored that (before my time) a farmer on the Kylebeg/Lacken border was prosecuted under the Noxious Weeds act, but nothing serious.

But now I have discovered that two hundred and ninety seven years ago a local man was found guilty of more serious offences.

In his book, “Gallows Speeches From Eighteenth- Century Ireland”,published by Four Courts Press,in 2001,  James Kelly gives the last speech and dying words of John Balfe who was executed, at Saint Stephens Green, for robbery on Saturday the fifteenth of June 1706…..” 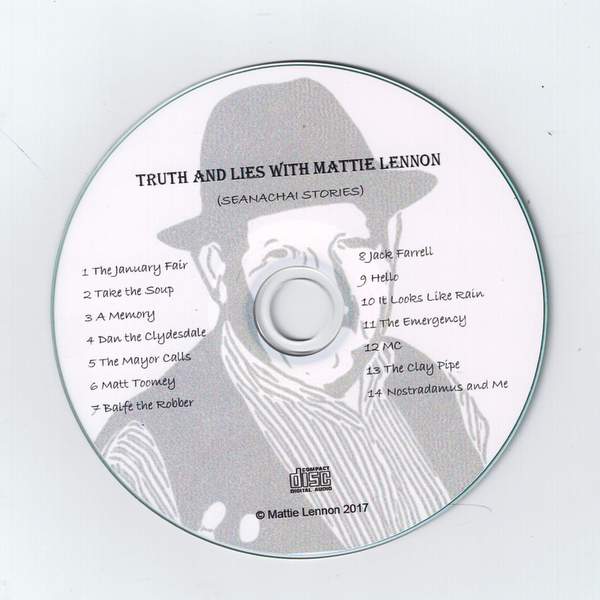 How To Purchase “Truth and Lies:”

This CD is available for purchase by mail order.

Any comment will do. What you write does not affect your chance of winning, but if you need inspiration why not tell us if you have ever listened to an Irish story told by a seanachaí.

The winner will be announced on Saturday, July 15th 2017, at the bottom of this blog post.

A big thank you to Mattie for sponsoring this prize, and wishing him every success as he shares his stories with the world

And thanks to all who support this giveaway by leaving a comment.

Thanks to everyone who joined in and entered this little giveaway. And a big thank you to Mattie for sponsoring this prize.