The year is drawing to a close, and so the time has come once again for me to wish you all a Happy New Year.

Many of you may wonder how to say ‘Happy New Year’ in Irish, our Gaelic language. Here I’ll share the appropriate phrases in Irish, together with some sound files so you can listen to the spoken word.

And as we celebrate the New Year I thought we might also explore some old Irish folk beliefs and customs surrounding this annual occasion….. Let’s face it! …. You can’t stop those years from ticking over.

How To Say Happy New Year In Irish: 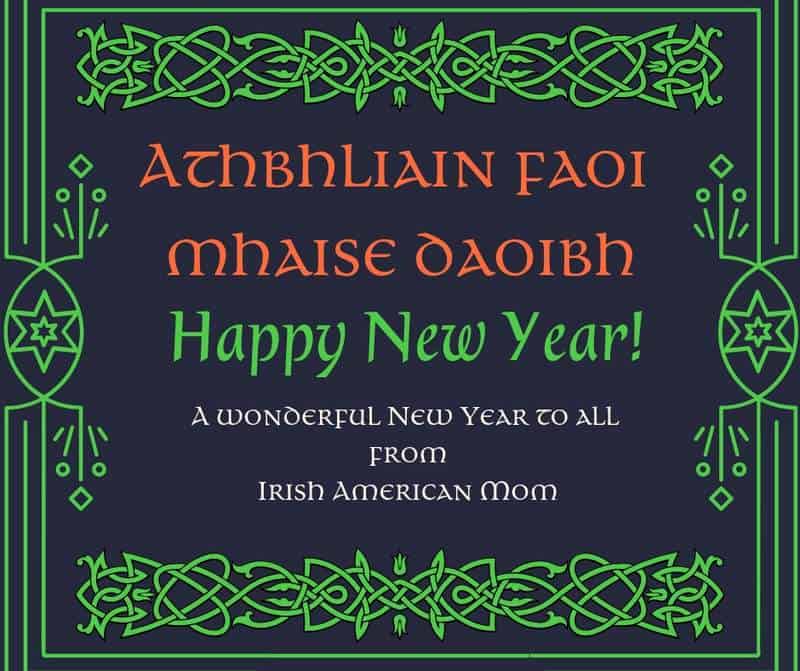 The word “faoi” is pronounced ‘fway’ in Munster, but in Connemara it would be said as ‘fwee’. Since I learned most of my Irish from my West Cork mother, I’m sticking with ‘fway’.

This literally means a Prosperous New Year to You, but is the best equivalent to the English saying of “Happy New Year.”

When speaking to more than one person, you would say ….

The name given to New Year’s Eve in Gaelic or Irish was ….

Here is the sound file:

….. literally means “The Night of the Great Feast.”

Plenty of food was brought into the house for the Big Feast, but no food was taken out of the house during the celebration.

By keeping food within the house, it was thought that good fortune would be bestowed upon all, and nobody would go hungry in the coming year.

Judging by modern day exuberant New Year celebrations held in Dublin and all around Ireland each year, you might be surprised to learn that Irish New Year festivities in days gone by were very reserved.

You see, in old Celtic tradition the New Year actually began at Halloween with the celebration of Samhain. As a result our modern day tradition of bidding goodbye to the old year and welcoming the new one was not formally observed in Ireland in centuries past.

However I did discover some lovely old traditions centering on this holiday.

These are outlined in a booklet from 1967 called ‘Irish Folk Custom and Belief’, by Seán Ó Súilleabháin (1903 – 1996), which was published for the Cultural Relations Committee of Ireland. 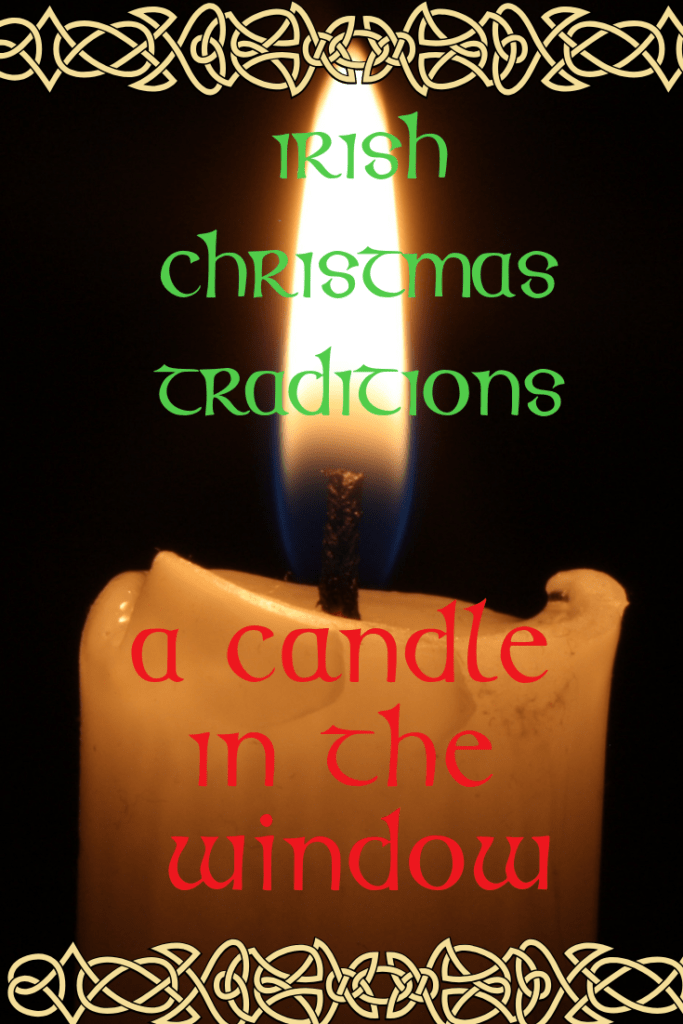 Lighting A Candle In The Window:

Remember how we discussed the Irish tradition of lighting a candle in the window on Christmas Eve in a previous post …. well, a candle was once again set alight in Irish cottage windows on New Year’s Eve.

All of Ireland’s sons and daughters who had left for the distant shores of America, Canada, England and Australia, and many more far flung places, were especially remembered on New Year’s Eve. This was the night when many of your ancestors were prayed for in their homeland of Ireland. 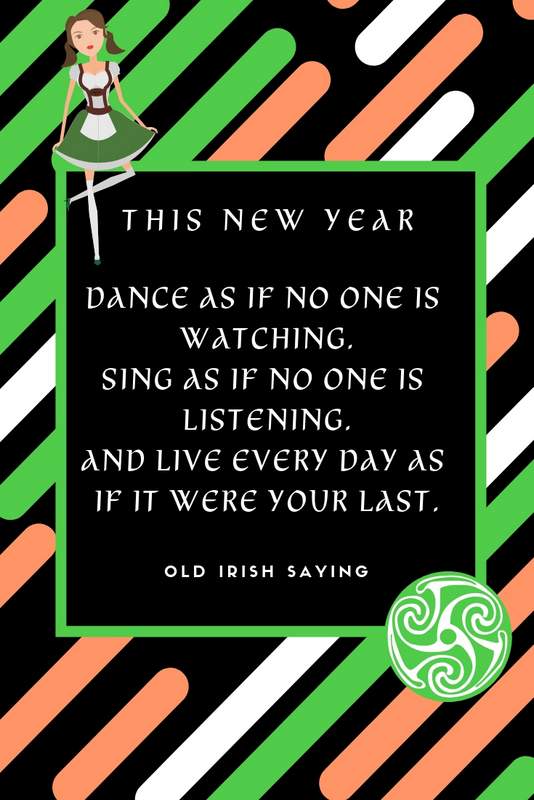 Flinging Some Bread At The Door:

As a nation that suffered the horrors of famine in the middle of the 19th century, many Irish traditions developed to ward off the great dangers of hunger.

Each New Year, brought with it many uncertainties, and our ancestors livelihoods were directly dependent upon good weather, the dangers of flooding and the dire need for a good harvest each year.

To banish the greatly feared dangers of hunger a piece of cake or bread was dashed against the door. A barm brack or soda bread was used for this bread flinging custom.

The man or woman of the house flung the first piece of bread and recited the following verse ….

Here is the sound file:

Here’s my attempt at translation (any Irish scholars out there, please feel free to chime in with corrections) ….

“We call on famine,

Out as far as the land of the Turk,

and from this very night, be gone.” 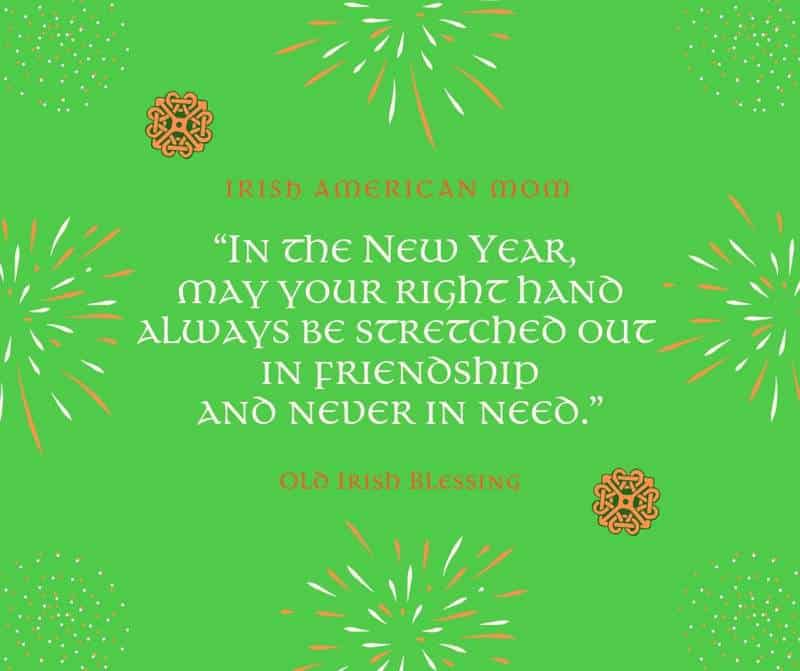 Another person sitting in the group would respond ….

In ainm an Athar agus an Mhic agus an Spioraid Naomh,

And happiness come in,

In the name of the Father, and the Son, and the Holy Spirit,

After this little ceremony the family or group would eat the broken bread together, once again as a symbolic gesture to keep good fortune within, and hunger at bay.

Further explanation is available in Irish through this Wikipedia page. 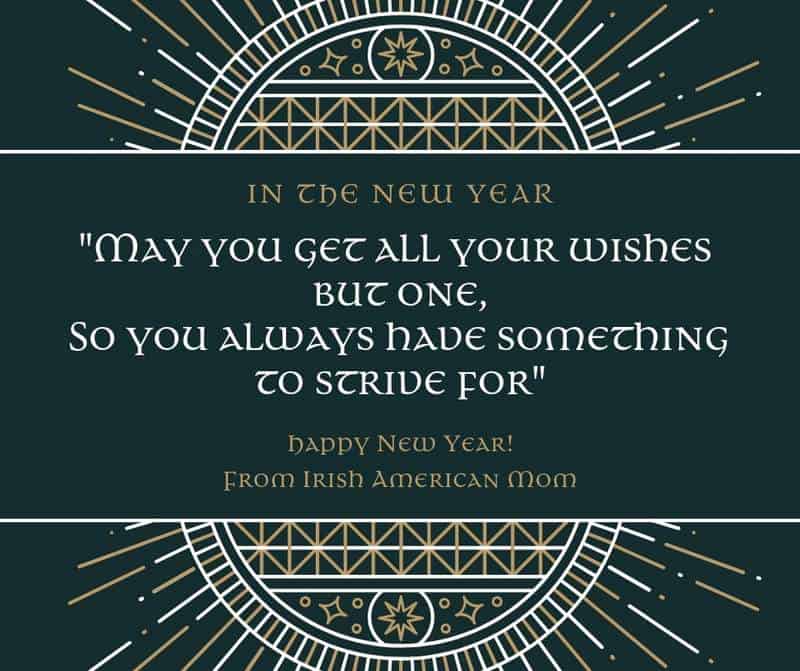 And so, there you have it. A little run down of some old Irish New Year’s traditions. If you feel like throwing a bit of bread at the door tonight, fire ahead if you’re Irish.

I hope the coming year will be wonderful  for everyone. Here’s to a year of happy writing, blogging and sharing stories of Ireland and America.

Thanks so much for reading my recipes and ramblings, and do stop by in the New Year to check out my new blog posts.

(A Prosperous New Year To All)

If you enjoyed this post you may like to explore some other ramblings about how New Year is celebrated in Ireland …. 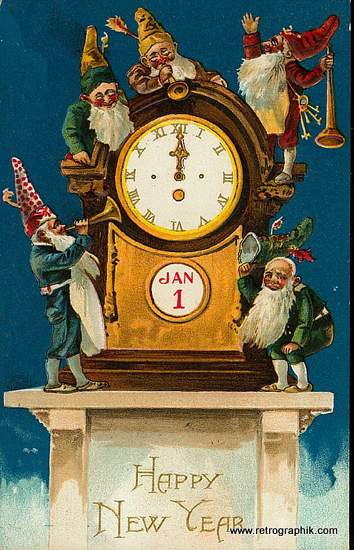 Irish Toasts And Blessings For A Happy New Year 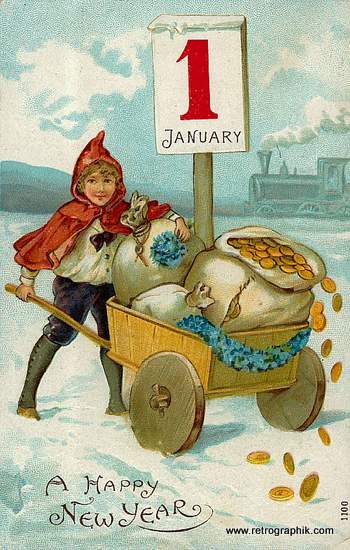 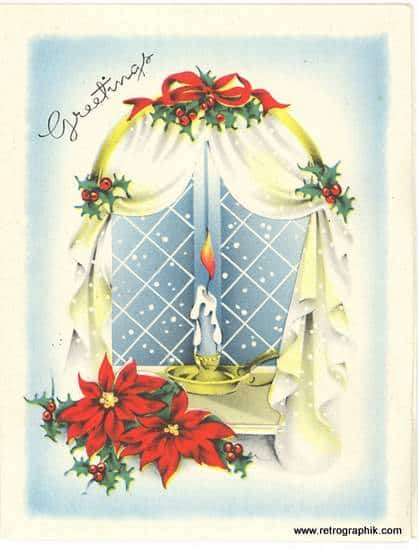